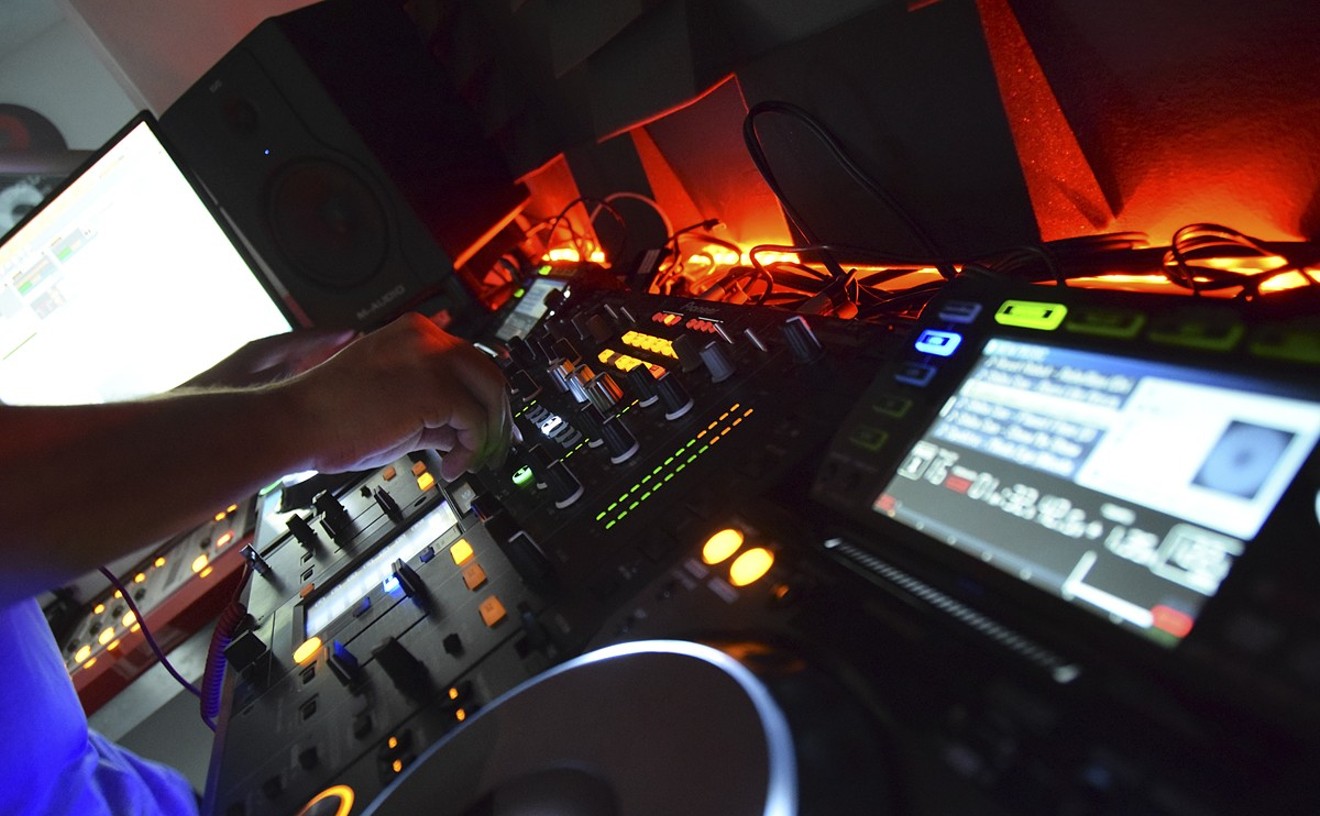 The beat emanates from Wynwood and pumps through your car stereo. It rides airwaves across the city and siphons through speakers and headphones plugged into radio computers and mobile devices. It's the fastest-growing FM station among listeners aged 25 to 54 in South Florida despite its lack of Clear Channel marketing campaigns. It's Revolution Radio, the real dance alternative to the usual pop fare. Owned and operated by Italian radio host Marco Mazzoli, Revolution Radio is a labor of love powered by lifelong music fanatics who understand you because they are you. The Revolution team has worked hard to expand its reach and give listeners the best content possible with live coverage of everything from Ultra Music Festival in Miami to the BPM Festival in Mexico. Daily programming includes programs hosted by industry leaders, from Armada Music to Claptone, Bob Sinclar, Markus Schulz, and others. Tune in for the latest contests, conversations, and a bootylicious blend of classic house anthems and cutting-edge dance tracks. Rest easy knowing your support goes to a dedicated team of locals. Fight the Man, and rave on. 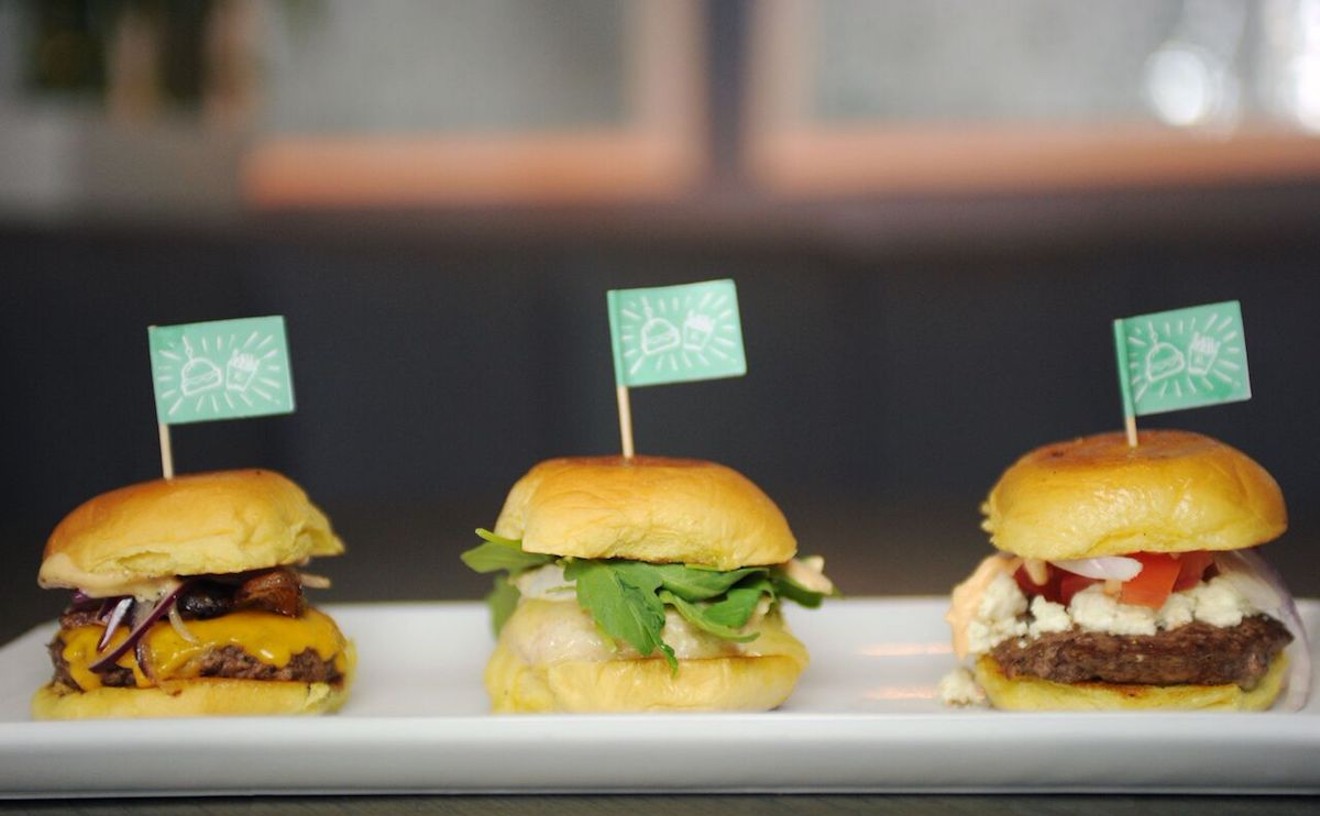 Ever get a little crunk with your friends and tell them you wish you had a giant plate of mac 'n' cheese in front of you? Then one of your friends sees that and raises you one by adding pulled pork to the dream dish? The drunk-food gods understand your fantasy. They have given you Ricky's. At this South Beach bar, find mac 'n' cheese-stuffed waffles with smoked pulled pork ($11); fries loaded with jalapeño Cheez Whiz, bacon, and fried cherry peppers ($8); and sliders with bacon and tater tots ($4.50). There's also gourmet popcorn and corn dogs because why not? Save room for dessert, and you'll be rewarded with childhood favorites from the "Carnival Sweets" menu: bomb pops and Snickers bars. Add a crafted cocktail menu and videogames, and you're 15 again, but with a credit card and the ability to legally drink alcohol. Whooo! Ricky's is open Monday through Friday from 5 p.m. to 5 a.m. and Saturday and Sunday from 2 p.m. to 5 a.m. 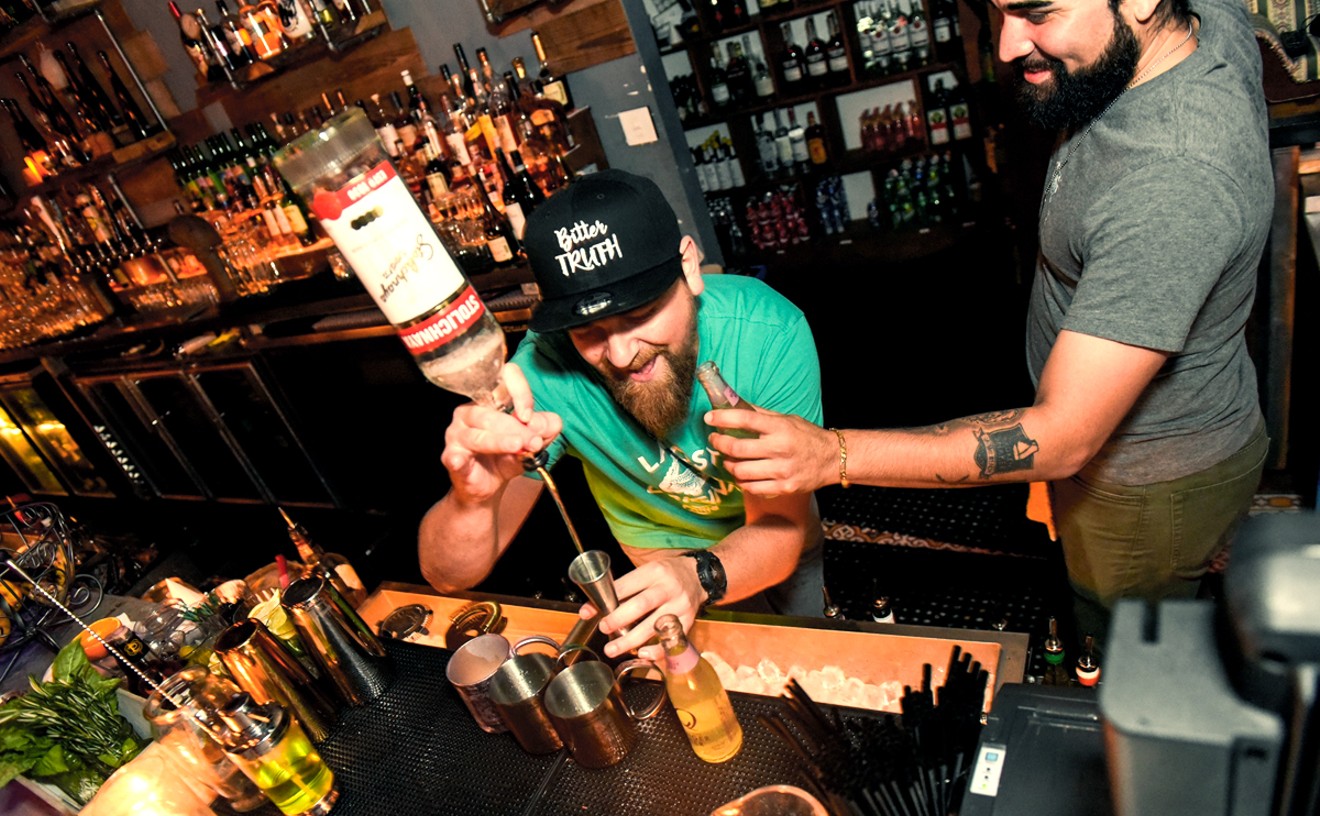 If you live in Miami, Teddy Collins has likely already served you a cocktail and a smile. The affable barman, originally from Rhode Island, moved to South Florida for college and, like many of us, fell for the beaches and nightlife. Collins has worked behind the stick at favorites like Radio Bar and Dolce Italian, but it's at his midtown Miami spot, Bitter Truth, that the barman really feels free. Her serves, in his own words, "fair and balanced" cocktails including a Sazerac made with cold-brew coffee and a Moscow mule in a fruit juice can ($13). The best deal in town, however, is his daily punch ($5), poured from a handmade Rube Goldberg contraption of pipes and lighting fixtures. The bar is open Wednesday through Sunday from 4 p.m. to 4 a.m. 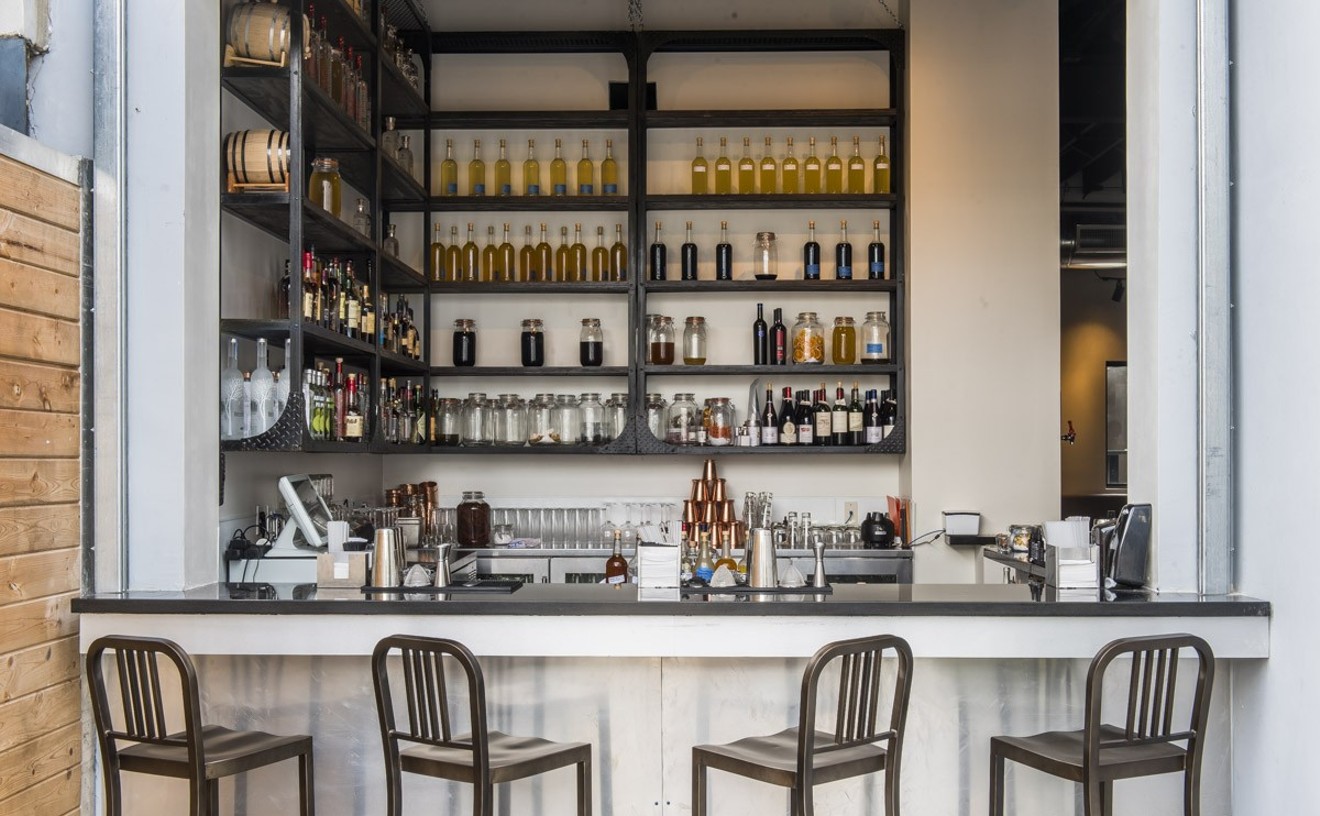 Camouflaged amid Wynwood's bright, sprawling murals, this sleek industrial spot offers a happy hour that's the best-kept secret in this boozy hood. While the hipsters flock to Wood and Gramps in never-ending lines, the folks at GK Bistronomie usher their happy-hour patrons to either a stool at the counter or a table — the latter comes with a server, who shuttles orders and drinks back and forth from the bartender to guests. The drink selection isn't limited to brews on tap: GK serves elaborate $5 cocktails like frothy chicha pisco sours and all the Moscow mules and margaritas a thirsty soul can swig between 4:30 and 7:30 p.m. And if your tummy starts grumbling, this place also dishes up savory, artistic small plates such as fish tacos and yuca fries for a reasonable chunk of change. Without the eardrum-shattering tunes or crowds of other establishments, it's the ideal spot to exchange workplace horror stories, talk shit with your besties, or meet a Tinder date IRL. If you snag a booth by the street-facing windows, you can sip with delight as you watch the skinny-jeans zombies stampede past. 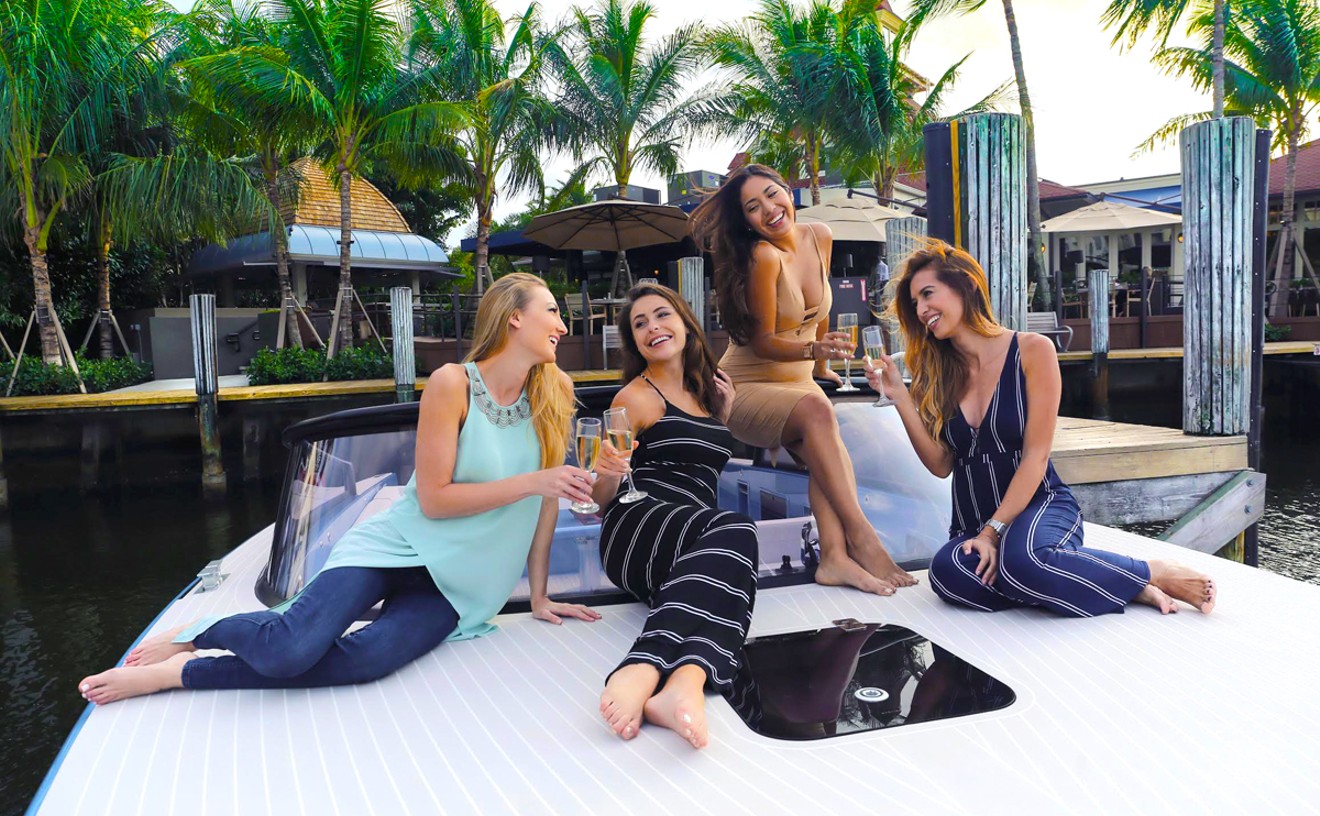 What's better than ladies' night at a waterfront bar? Ladies' night on a boat. And that's what you get at the all-new Boatyard in Fort Lauderdale, where an exceptionally awesome evening de la mujer goes down every Thursday from 7 to 10 p.m. Those of the female persuasion drink free at any one of the restaurant's three bars, including an outdoor fire-pit lounge area. Each bar offers a wide selection of complimentary bubbly, cocktails, house wine, and domestic beer. A ladies-only happy hour begins at 4 p.m., when all drinks, including wine by the glass and specialty cocktails, are half off. Get there early, and you and your girls can snag a spot on one of Boatyard's complimentary champagne cruises on the Intracoastal, which depart hourly at 7:15, 8:15, and 9:15 p.m. Onboard, you can sip free champagne, house liquor, house wine, and domestic beer. Reservations for the boat rides, which hold ten passengers, are first come, first served. 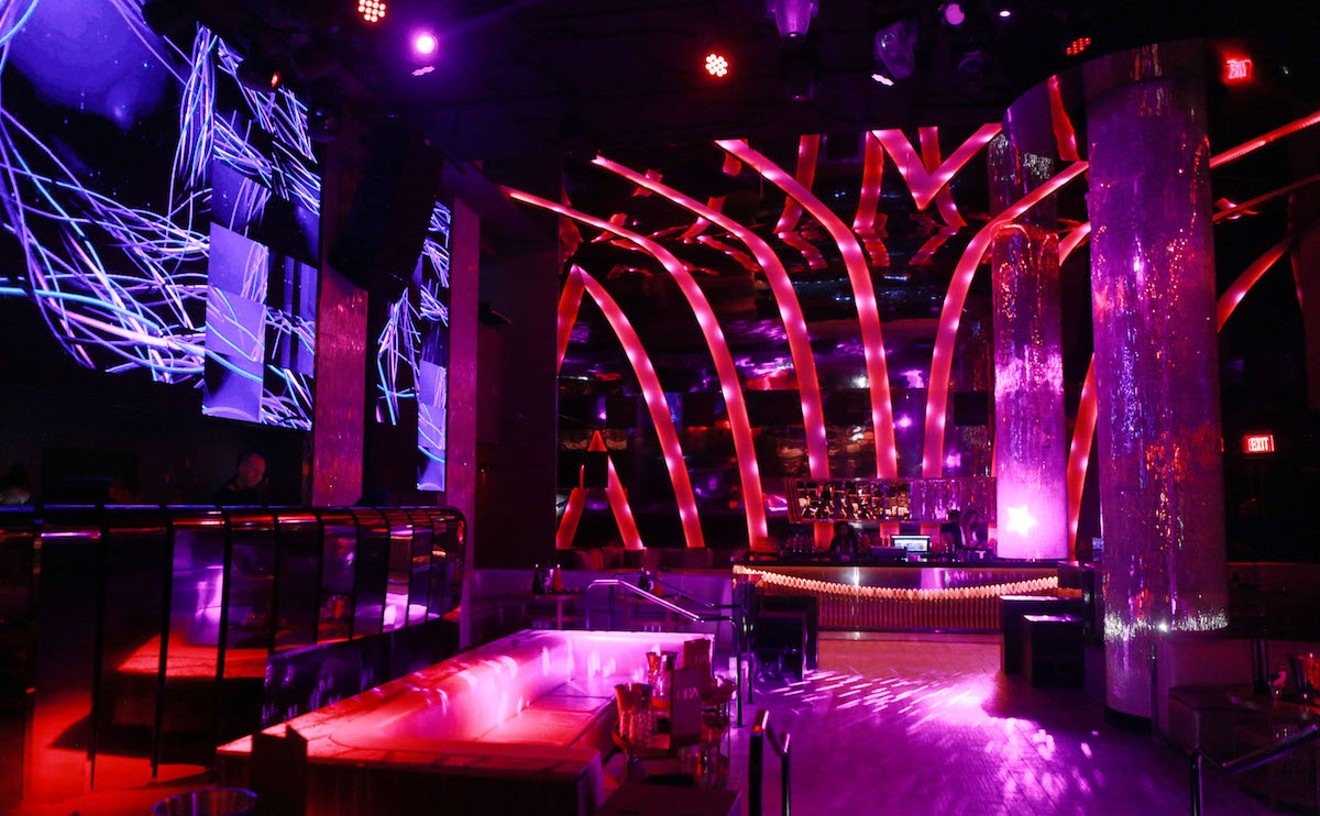 The era of the traditional VIP room is over. Everyone is VIP these days. Just stand next to any velvet rope in South Beach, and sure enough, you'll hear someone scream, "Don't you know who I am?" after being denied entry. So what do you do when everyone feels like a special snowflake? You make your entire club one big VIP section. That's exactly what Ora Nightclub did when it took over the former Adore space at the Boulan South Beach. The 10,000-square-foot space is decorated like a megaclub but feels intimate anyway. Upstairs you'll find the Anti-Social Room, a sort of club within a club that offers well-made cocktails and a decibel level that allows you to have a conversation with your fellow VIPs. Recently, nightlife heavyweights Emi Guerra and Louis Diaz joined the Ora team, so the programming, which veers toward house music, is expected to ramp up throughout the year. However, be warned: At the door, Ora is by no means egalitarian. If you don't look the part or your group's gender balance is out of whack, you'll probably encounter roadblocks. But isn't trying to get in half the fun? 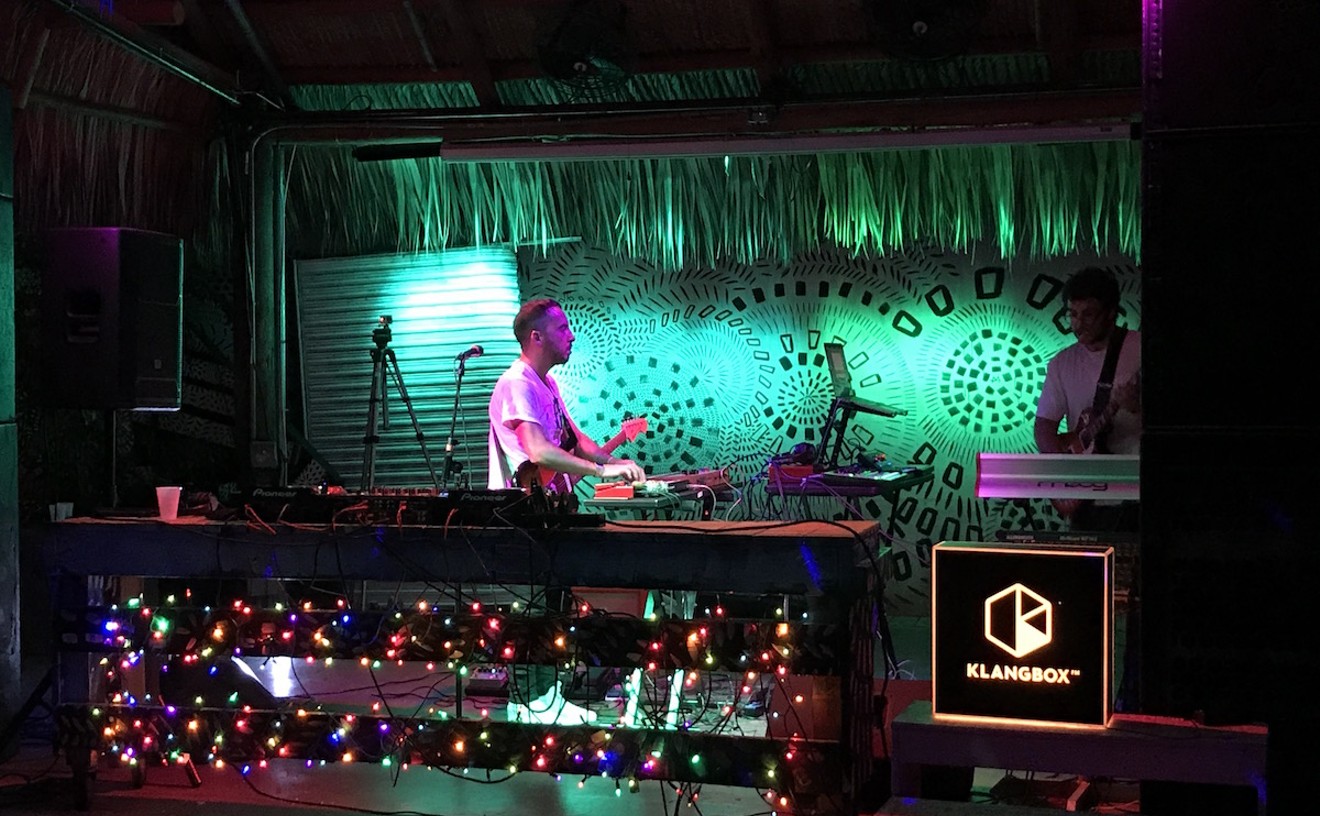 Staying up until an ungodly hour to see your favorite DJ spin is something you can handle only once in a while. Sometimes you just want to get home at a decent hour and wake up without a hangover. Enter Vamos a la Playa: Laura (of Miami) and Patrick Walsh's late-afternoon-until-early-evening party at Gramps. The Klangbox.FM crew throws the party on select Sundays, because weekly parties are so passé these days. Acts that have appeared so far include In Flagranti, Palmbomen II, Jacques Renault, and King Britt. Plus, there's no cover, which means you can put that money toward your bar tab. And because the party wraps up around midnight, you can still make it to work Monday and spend your day dreaming about the next time Klangbox.FM lures you out for a fun night. 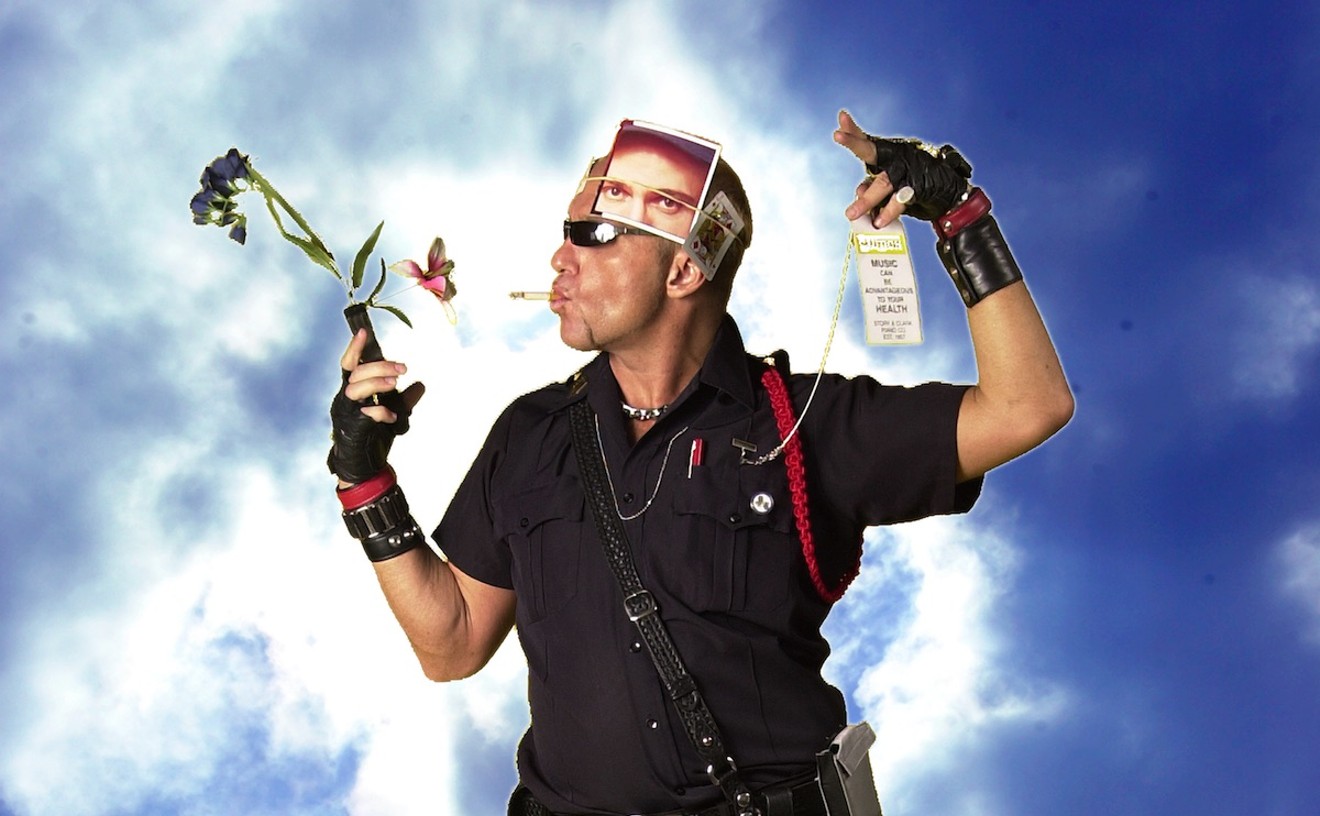 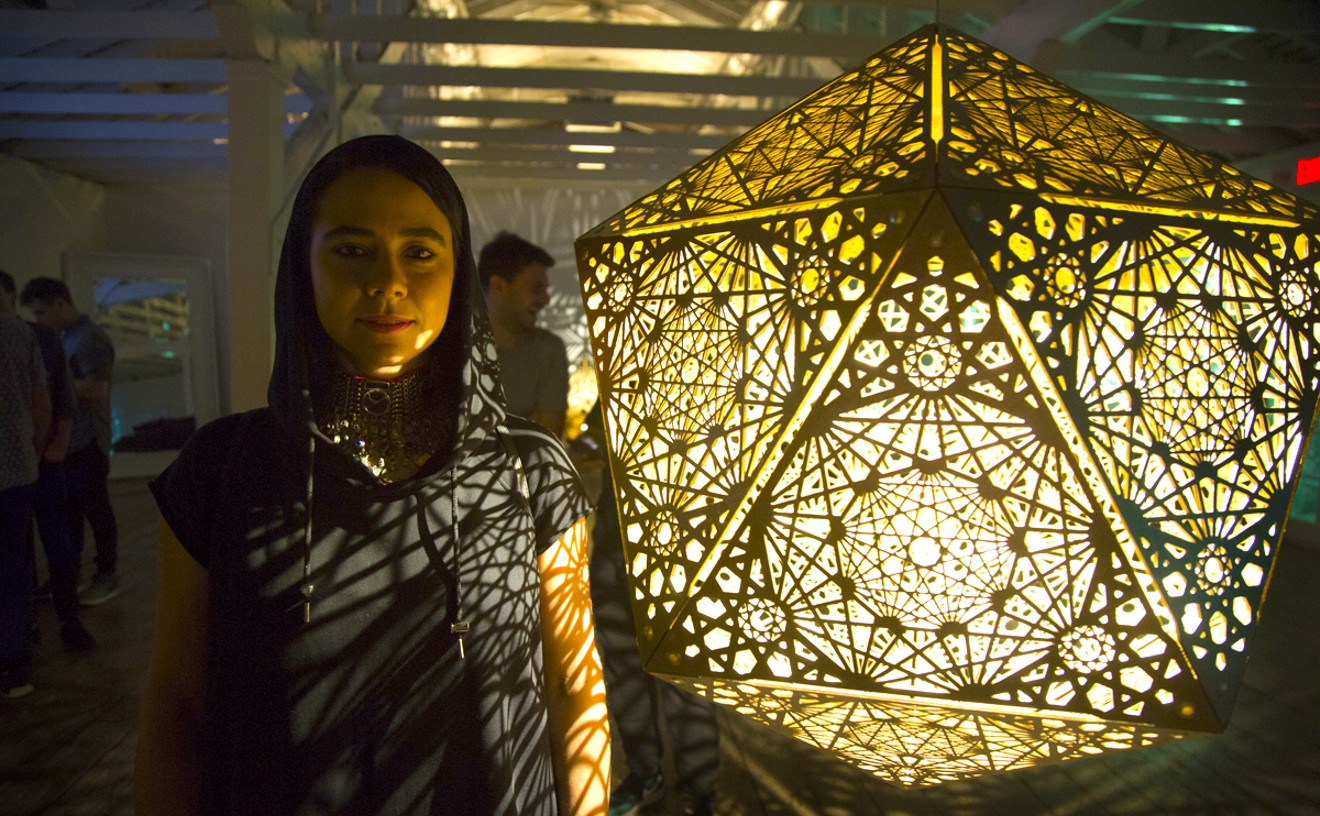 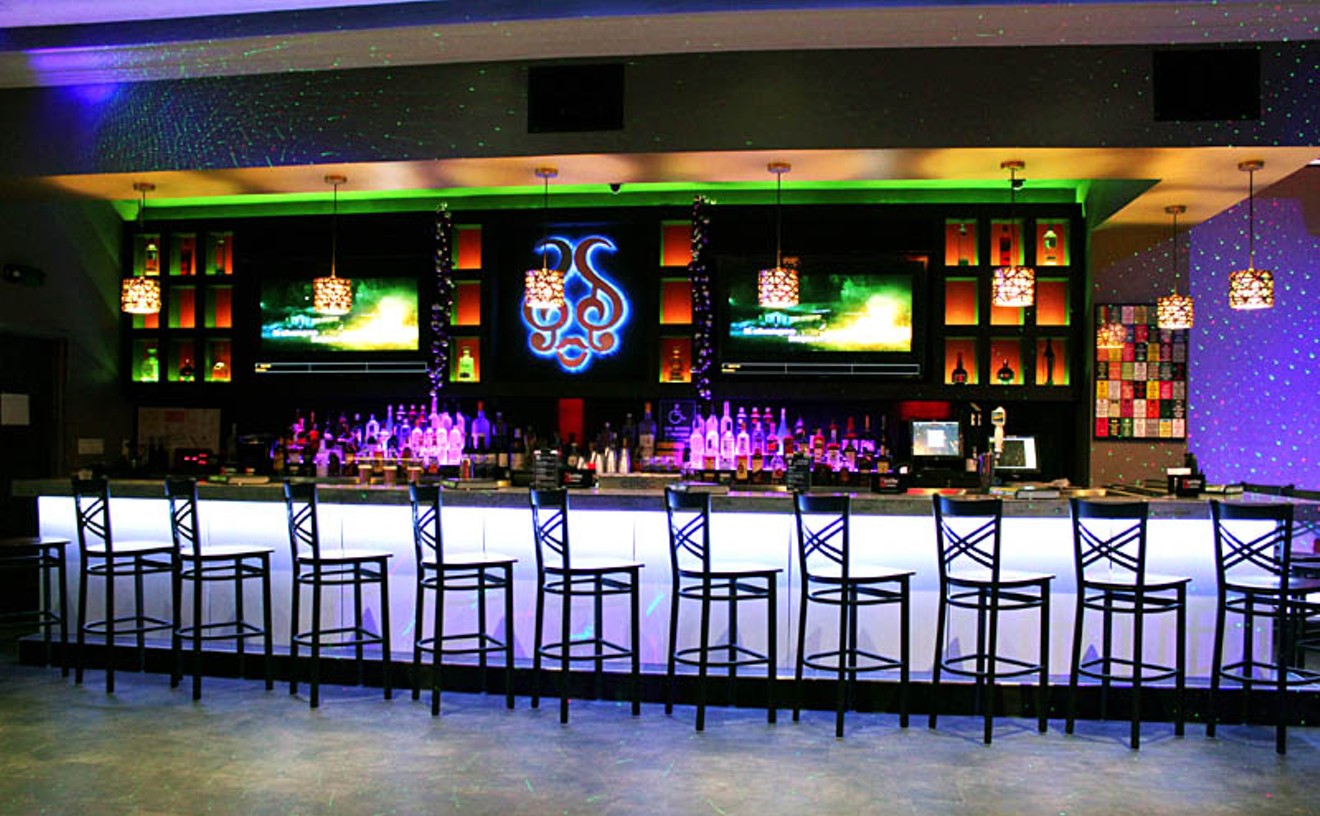 Karaoke might not be the first thing that comes to mind when you hear the name Sing Sing. But the place is based on the hugely popular establishments in Japan that include multiple private rooms, each equipped with a karaoke player and microphones. At its flagship in Miami and two locations in New York, Sing Sing provides a public space, complete with a small stage in the corner, for budding sopranos or tenors walking in off the street. But the real value is in the private rooms. Standard room rates run about $8 per person for a space that accommodates ten to 12 people. Happy-hour pricing, from opening till 8 p.m., is about $4 per person. Plus, VIP rooms offer space for up to 22 people and are ideal for birthday and wedding parties. Sing Sing is open Monday through Thursday from 5 p.m. to 3 a.m., Friday and Saturday from 5 p.m. to 5 a.m., and Sunday from 6 p.m. to 3 a.m. The music catalog is regularly updated and about as international as Miami, with songs in Chinese, Russian, Spanish, and English. Though, yes, it's necessary to buy a drink in order to sing in the public space, that's sort of the point, isn't it? Plus, you never know who you might run into. In 2014, none other than Beyoncé and Kelly Rowland crashed a karaoke set of a Destiny's Child song by a pair of very surprised customers. This place is all about being a star for a night.