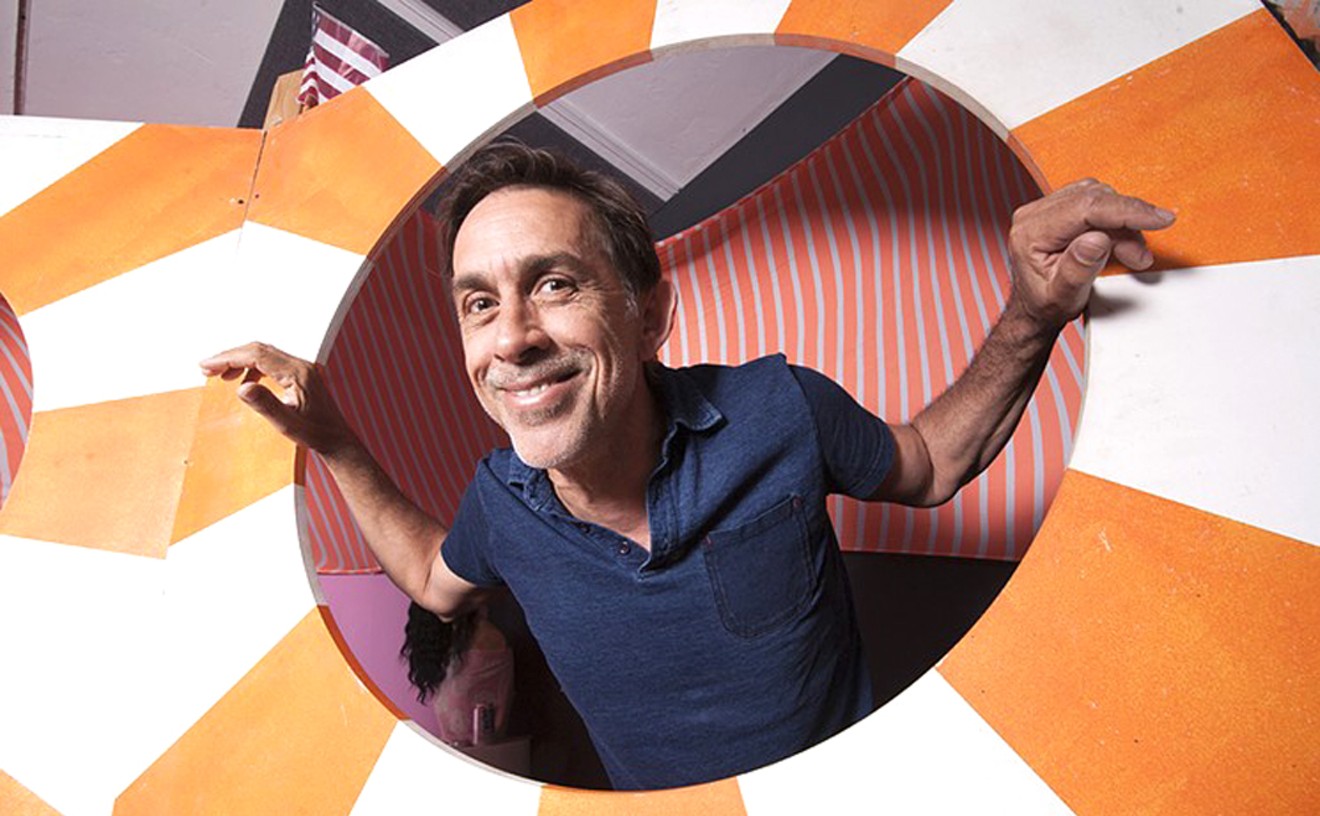 Swampspace is not necessarily a relaxing place to be high. This art gallery is brightly lit and sparsely decorated on the inside, with little more than a small stage sitting in front of a basic kitchen. But for all Swampspace lacks in stoner-friendly decor, it makes up for by consistently packing its venue with strange, interesting, and wacked-out characters. The brainchild of art-scene veteran Oliver Sanchez, Swampspace has been offering an alternative venue to Miami's more commercial spaces since 2008, right in the heart of the chichi Design District. And Sanchez — a former art director at High Times, it's worth noting — is a genius at finding the most mind-bending projects possible. At one performance last year, a musician made ambient noise-rock by drilling into a block of ice. That was followed by a long-haired, white rap duo that was endearingly terrible. Swampspace is like hanging out in SpongeBob's Bikini Bottom, in that you're never quite sure if the people gathering around you are extremely hip human beings or deities from another world altogether.

Miami Beach Mayor Philip Levine hasn't been doing all that great in 2017. He's spent considerable hours tweeting sad-face emojis at Airbnb's corporate account while feuding with the company about operating in his town. He keeps blocking his critics on Twitter and Facebook like he's a digital Smaug standing guard over a tiny, web-based cave. And in a roomful of Cuban-American lawyers and businessmen in March, he made what might have been the most poorly conceived joke in Miami history. After the multimillionaire businessman declared himself an "honorary member" of Miami's Cuban-American community, he casually suggested invading the Caribbean nation. "Why aren't we discussing the invasion of the island?" he asked the crowd, to what some in attendance said were audible gasps. He then said a platoon of U.S. troops could likely take over within 24 hours. There's a whole host of reasons why that comment wasn't funny: namely, that Cuba's history involves a series of Spanish and U.S.-backed invasions from roughly the 1500s onward, and at one point, Cuban people were put in concentration camps. Levine's joke didn't land, and the mayor's spokesperson, Christian Ulvert, was then forced into epic damage-control mode. "The mayor, as reported, was not serious about invading Cuba," he told New Times. You sure?

Miami Lighthouse for the Blind 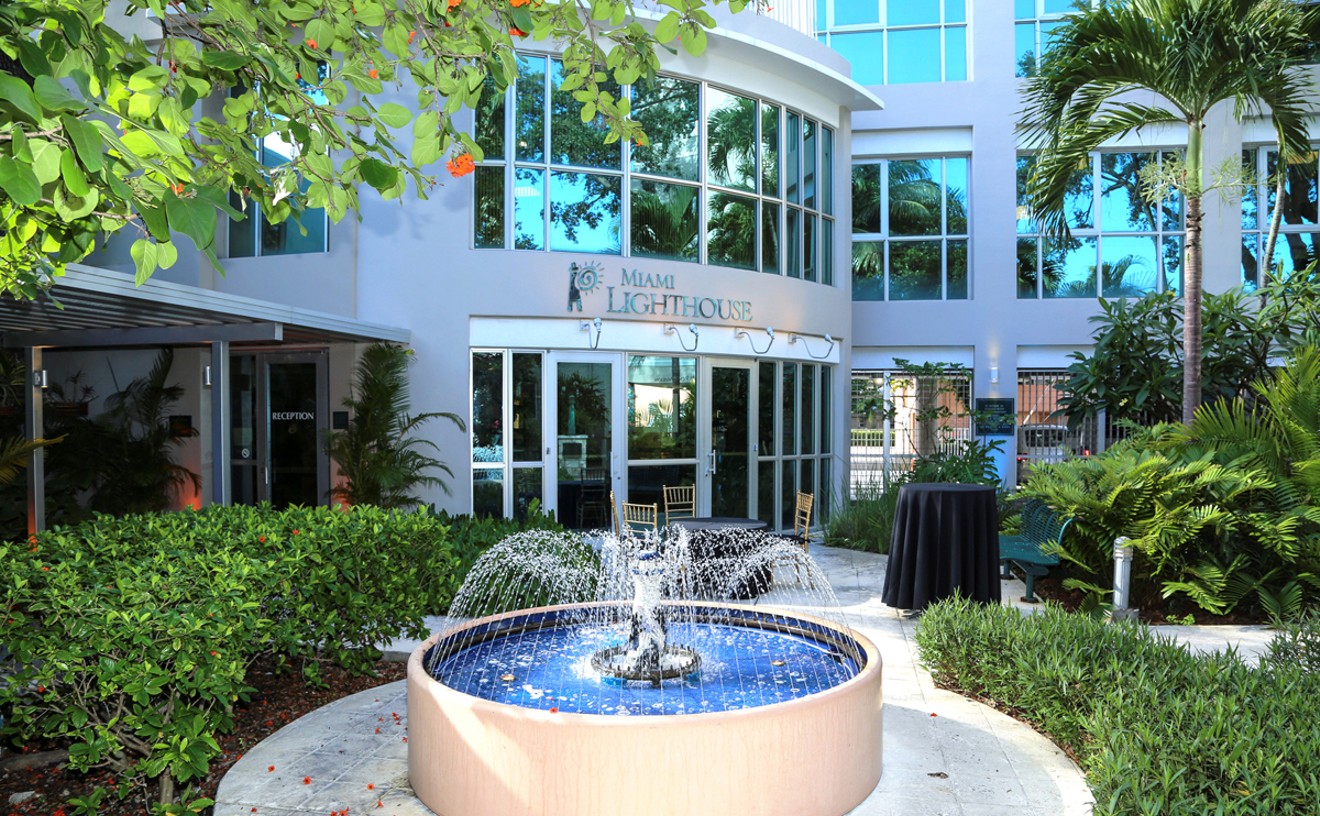 courtesy of Miami Lighthouse for the Blind

Last year, a WalletHub survey ranked Miami one of the least caring cities in the United States. How did the Magic City measure so poorly? According to WalletHub, its researchers found a distinct lack of volunteerism and caring for the vulnerable, suggesting Miamians are perhaps a bit self-centered. But it's never too late to change that perception, and there's no better place to begin than at Miami Lighthouse for the Blind, one of the city's oldest charitable organizations serving the visually impaired. And though not everyone has deep pockets to make a considerable donation, Miami Lighthouse offers other ways for people to help. Simply fill out a volunteer application on its website to help with everything from children's programs to vision screenings and fundraising. Because Miami Lighthouse has a four-star Charity Navigator rating, volunteers and donors can trust that their time and money will be well spent. 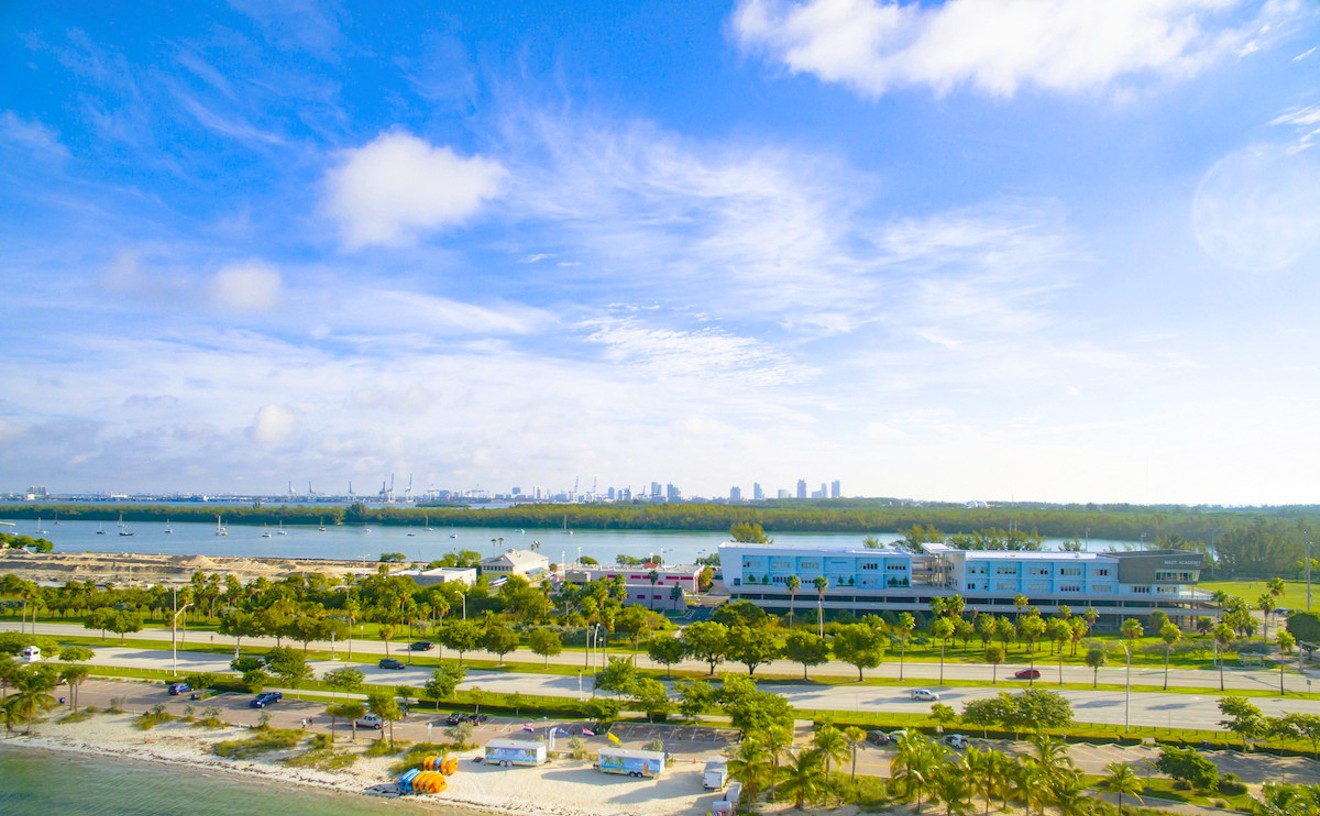 MAST gets everything right about education in Miami. It's a public magnet school, so it's designed (in theory, at least) to pull in the top students, regardless of income level, and nurture their curiosity in science and tech. It's situated on Virginia Key, in one of the lushest parts of the city, so close to the bay that the air smells like salt water most days. It's no secret, then, why MAST students excel at oceanography. The nearby and also excellent Design and Architecture Senior High in the Design District channels many young people into (the very respectable and necessary) artistic fields, but Miami has a dearth of stellar scientists, which means MAST is leading the charge in turning the city into more than just a one-industry tourism town. Oh, and the school is hellaciously good at what it does: MAST was recently ranked the 100th-best high school in the United States. If a Miamian ever figures out how to save this town from sea-level rise, chances are that person will be a MAST alum. 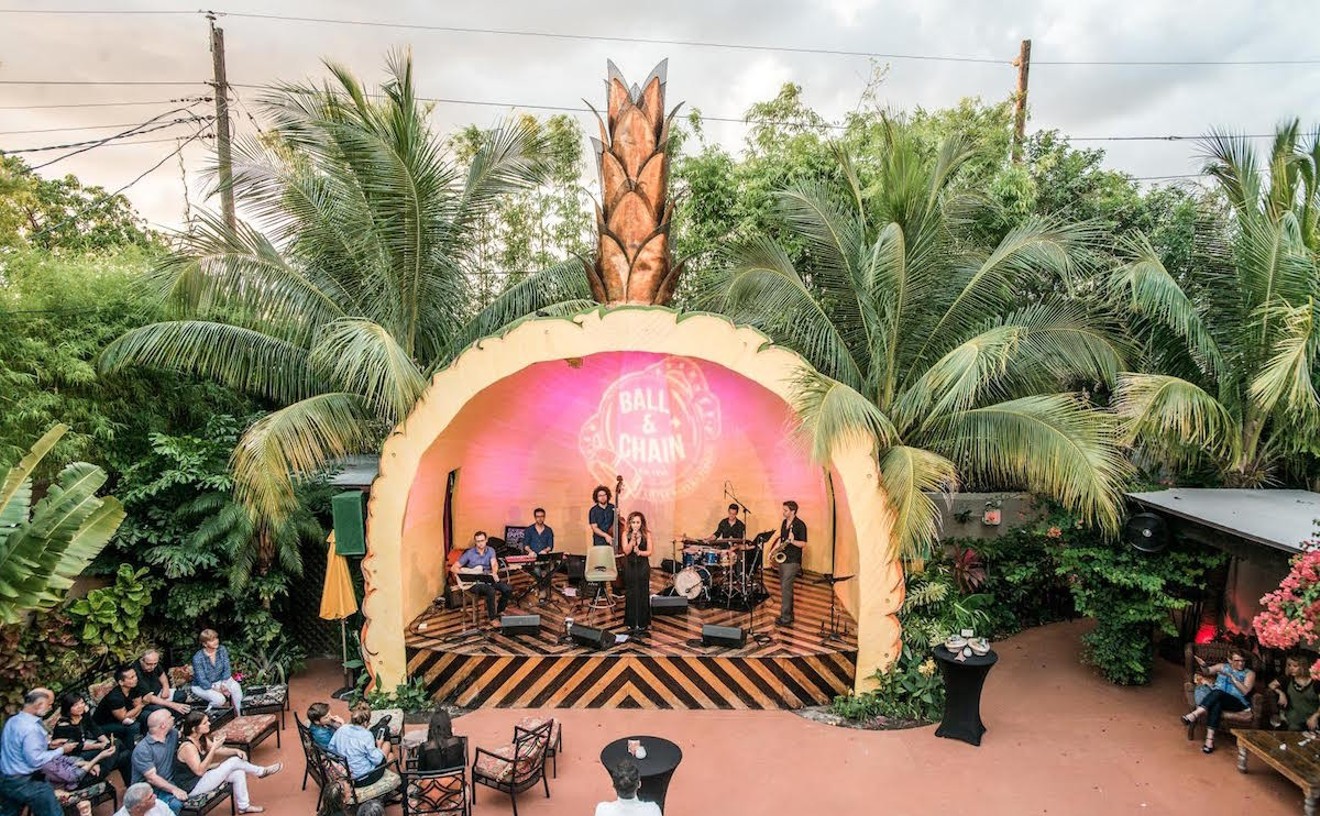 Living in any major metropolitan city has its trade-offs. In Miami, head-smashing rush-hour traffic and rent prices that would make a Brooklynite blush are small prices to pay for living in a perma-paradise. Nothing highlights our climatic advantage quite like our ability to enjoy outdoor shows year-round, even while the rest of America is huddled under puffy coats and knit hats. And Pineapple Sundays are a reliably great way to get that outdoor music fix. The Pineapple Stage — painted to look just like a ripe piña as a nod to Ball & Chain's signature Pineapple Celebration cocktail — has been home to local talent for the better part of three years. In 2016, the bar kicked off its monthly Sundays concert series. Ample space between tables in front of the stage allows cozy, candlelit date nights or sweaty dance-offs in the aisles. The series has mostly hosted jazz and Latin acts, though Miami favorites such as DJ Le Spam, Electric Kif, Keith Johns, and Magic City Hippies have all shown up for the monthly minifestival. At night, the stage boasts impressive, concert-quality lighting effects, blending the luxurious feel of Miami nightlife with the homey comfort of a Little Havana backyard family cookout. Plus, the shows are free, and the bar offers happy hour from 4 to 7 p.m. 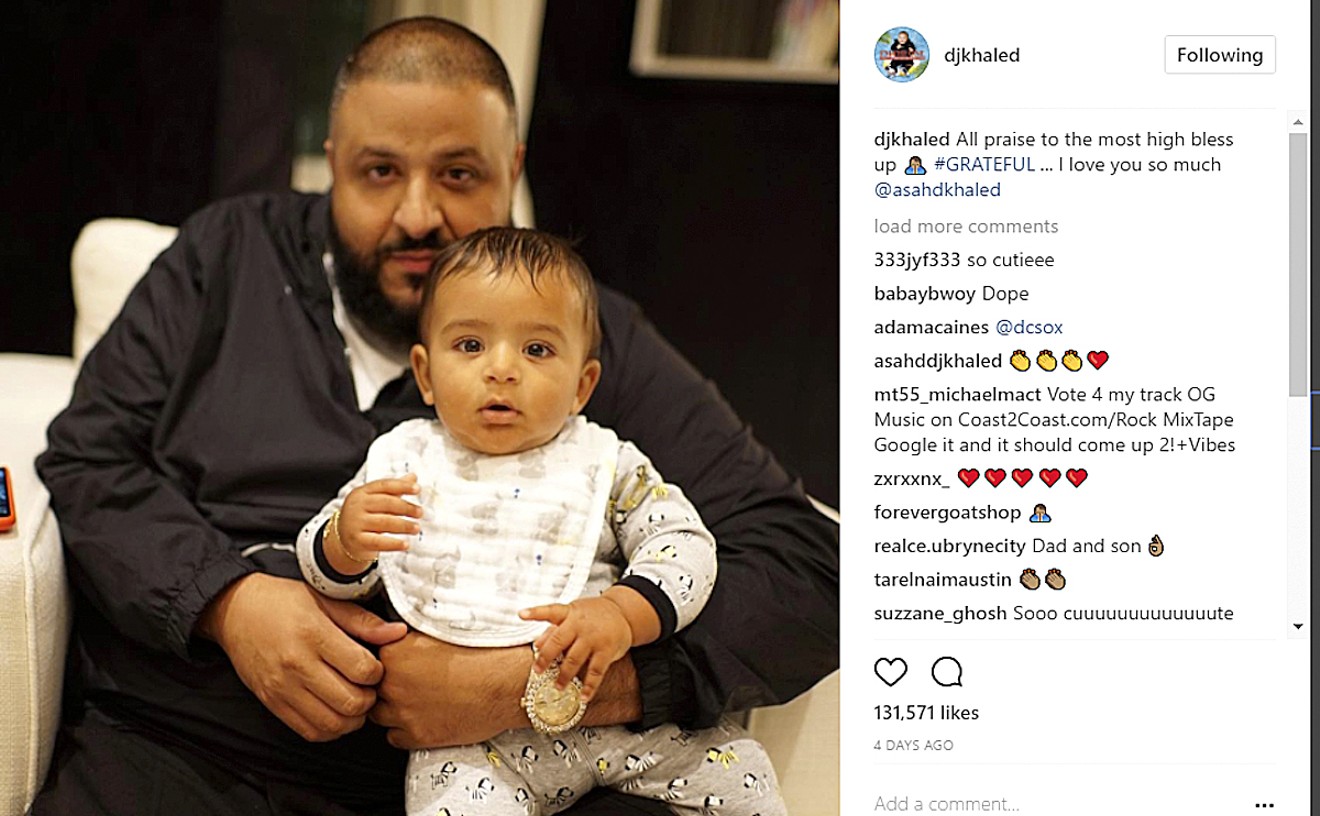 Asahd Khaled, DJ Khaled's infant son, is cuter than a basketful of newborn pygmy hippos. He's cuter than your octogenarian grandparents swing-dancing together after a few cocktails at your cousin's wedding. Swiping past his adorable little cheeks on his famous father's social media accounts can brighten your entire afternoon. Staring at a pure smile from Asahd Khaled is, we presume, roughly as enjoyable as staring directly upon the visage of some sort of sun emperor. Asahd Khaled, born live on Snapchat October 23, 2016, spends his days traveling around the world on his dad's private chartered jets, occasionally popping up in random toy stores and buying the entire inventory like he's baby Howard Hughes. Plus, Asahd Khaled is also a straight-up musical genius: He's listed as the executive producer on his dad's upcoming album, Grateful. Asahd Khaled can, and will, steal your girlfriend. You won't even be angry. That's just what tiny moguls do.