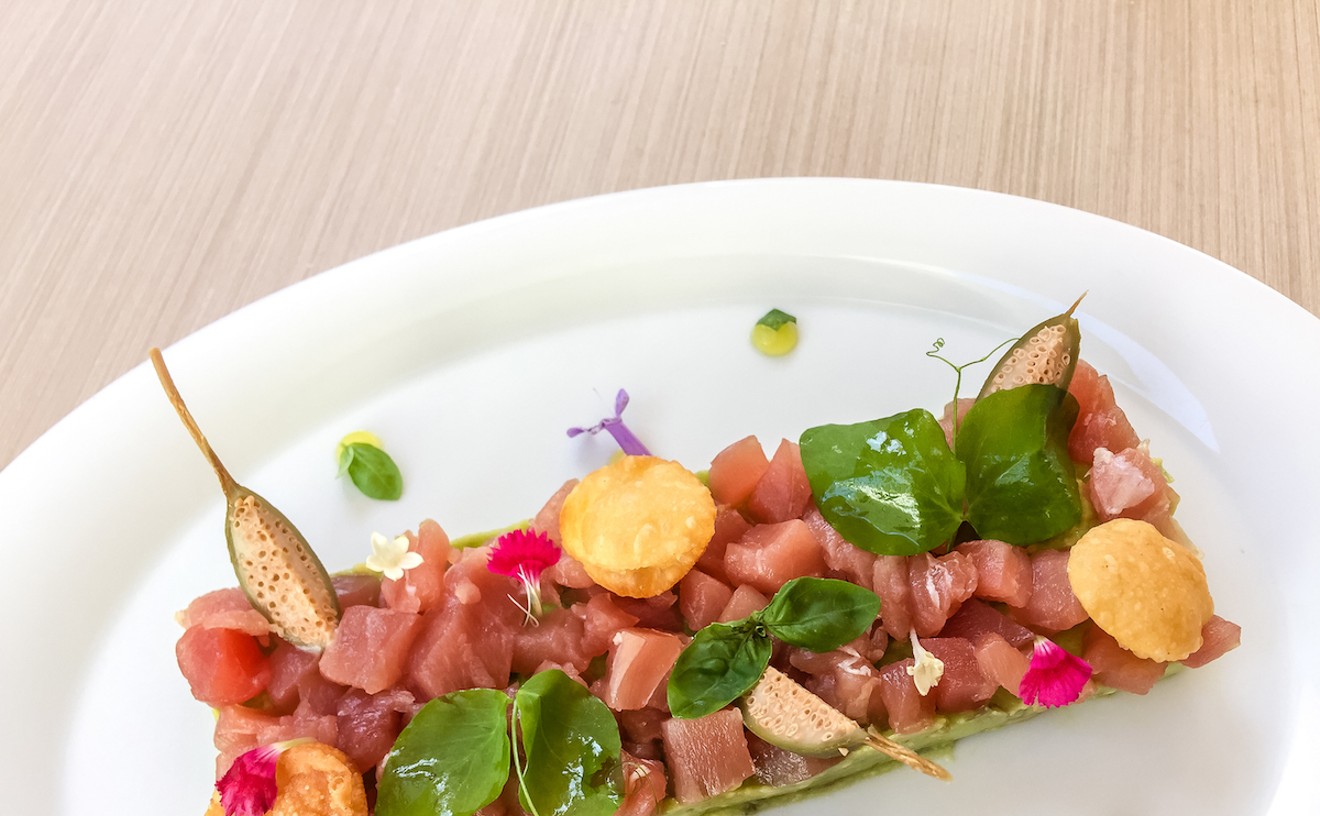 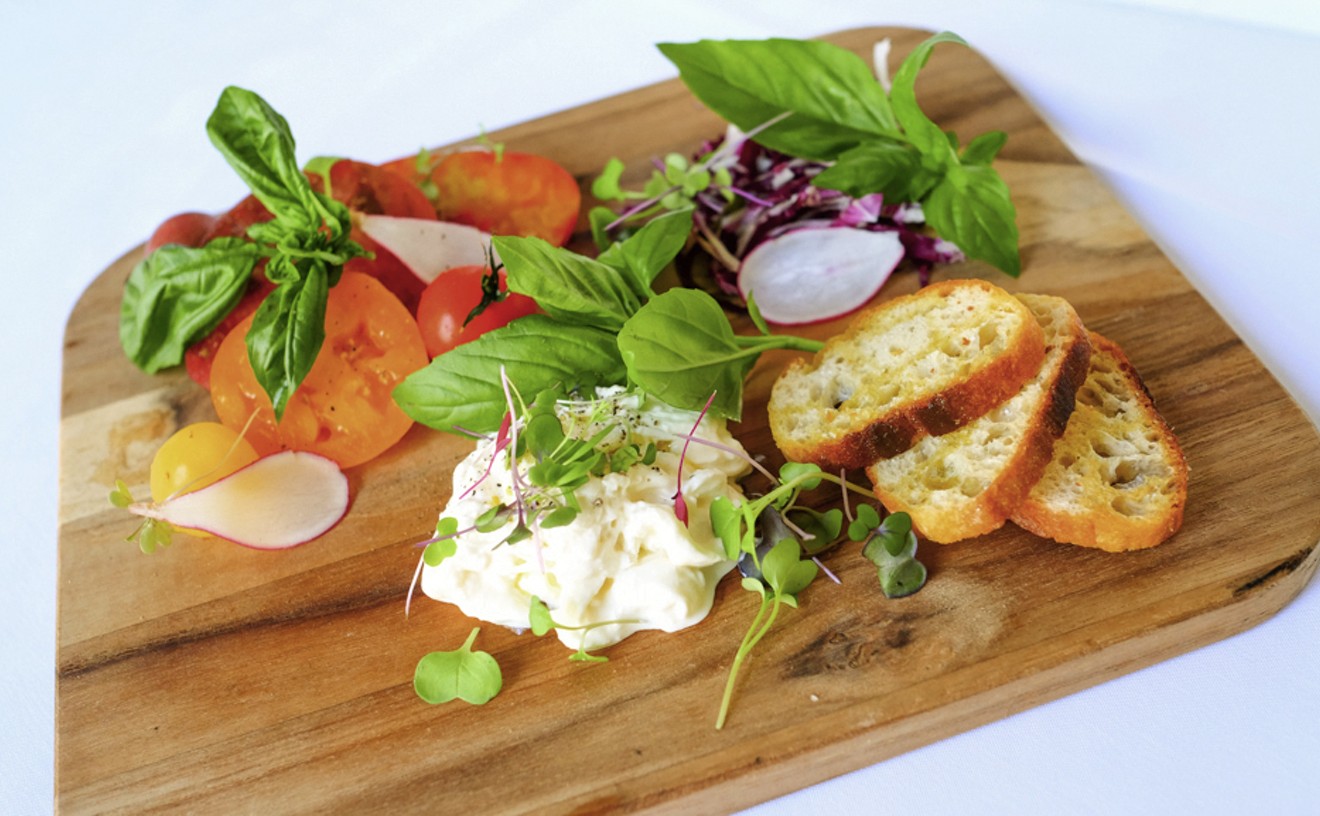 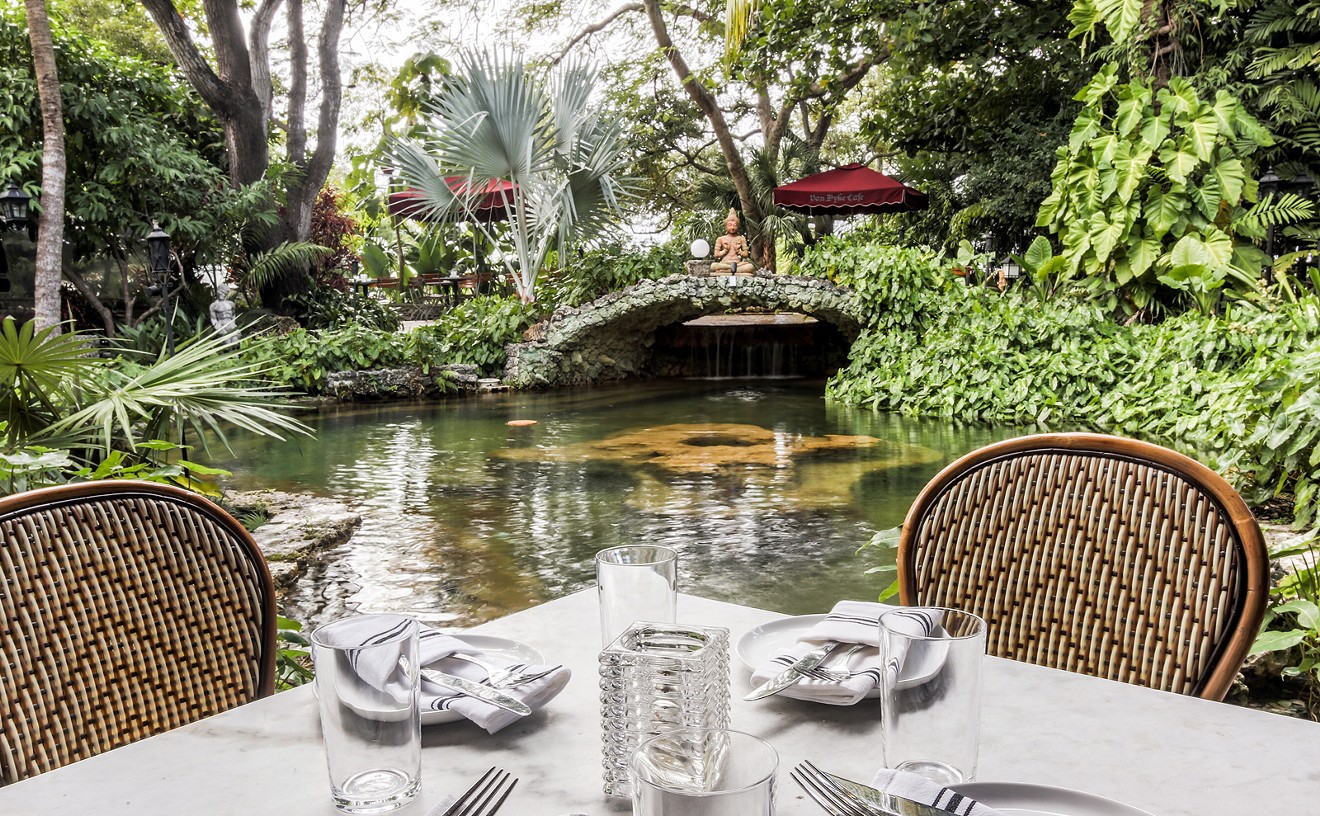 Café Roval's coral house is a charming structure. But that cute little building is just the half of it. If it's romance you seek, you'll find it in the restaurant's outdoor garden. Everything about it screams "happily ever after" for the couples canoodling over wine, caviar (market price), and mussels ($23). Tables are strewn around a grotto with waterfalls and statues. If it looks familiar, it's because it's straight from The Little Mermaid's big showstopper. As tree frogs croak quietly along with the soft sounds of clinking glasses and giddy laughter, it's as if you can also hear Sebastian the crab beckoning you to "kiss the girl." The opportunity is too good to pass up. Go for the smooch. 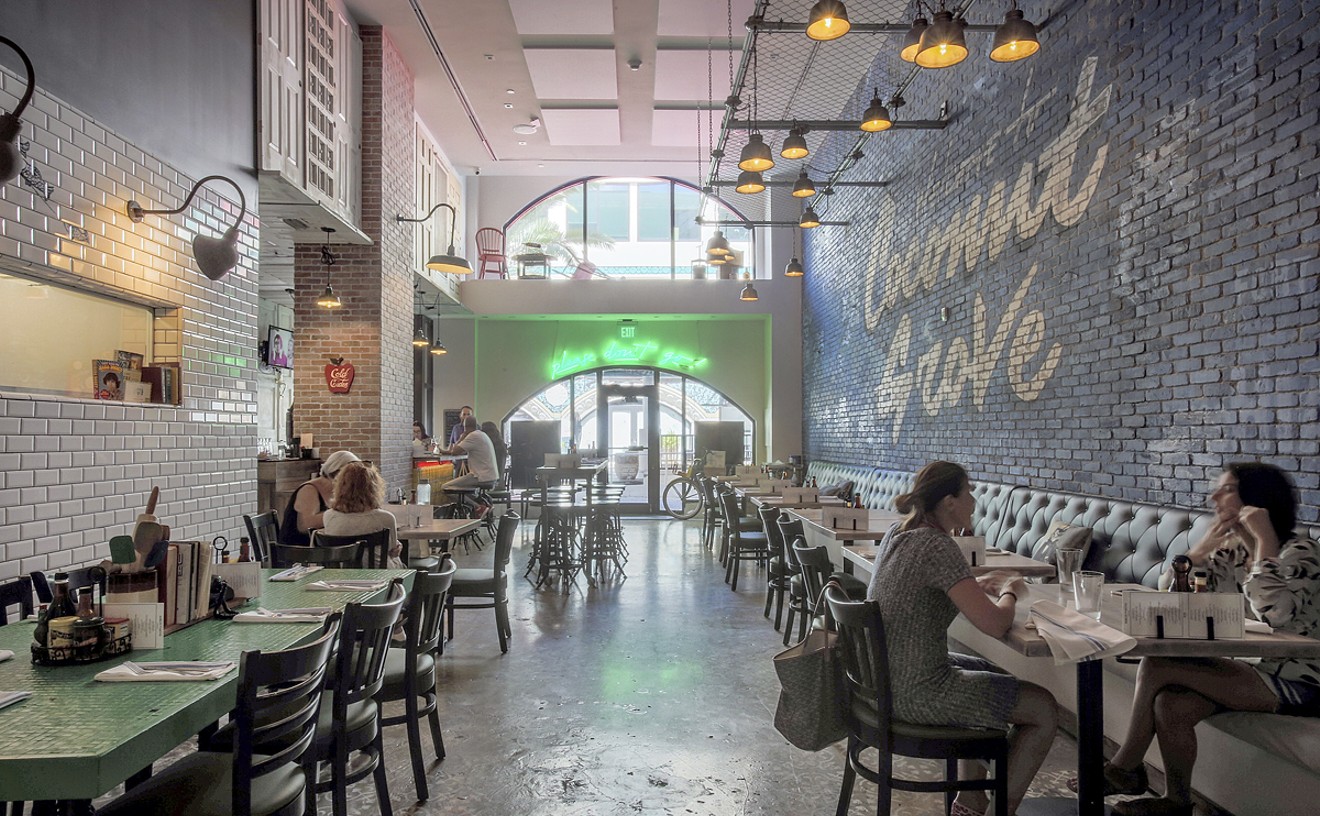 Miami is known for its gorgeous coastal beaches, fishing, and proximity to the Florida Keys. Yet for all of this waterfront bliss, there are surprisingly few places to get fresh, affordable seafood. Enter the Spillover. The Coconut Grove eatery is owned by Matt Kuscher, the man behind Lokal and Kush, which serve burgers and beer with a strong commitment to procuring the freshest and most local meat and produce. What Kuscher has done for beef, he's now doing at the Spillover for seafood. Conch salad ($13) is sourced from 58 miles away, and a whole fried local fish ($28) is caught daily from fishermen who work the waters from Pompano Beach to the Keys. There are even gator ribs ($22) from Clewiston. Pair your meal with one of more than two dozen ciders that range in taste from tart and tangy to rich and funky. 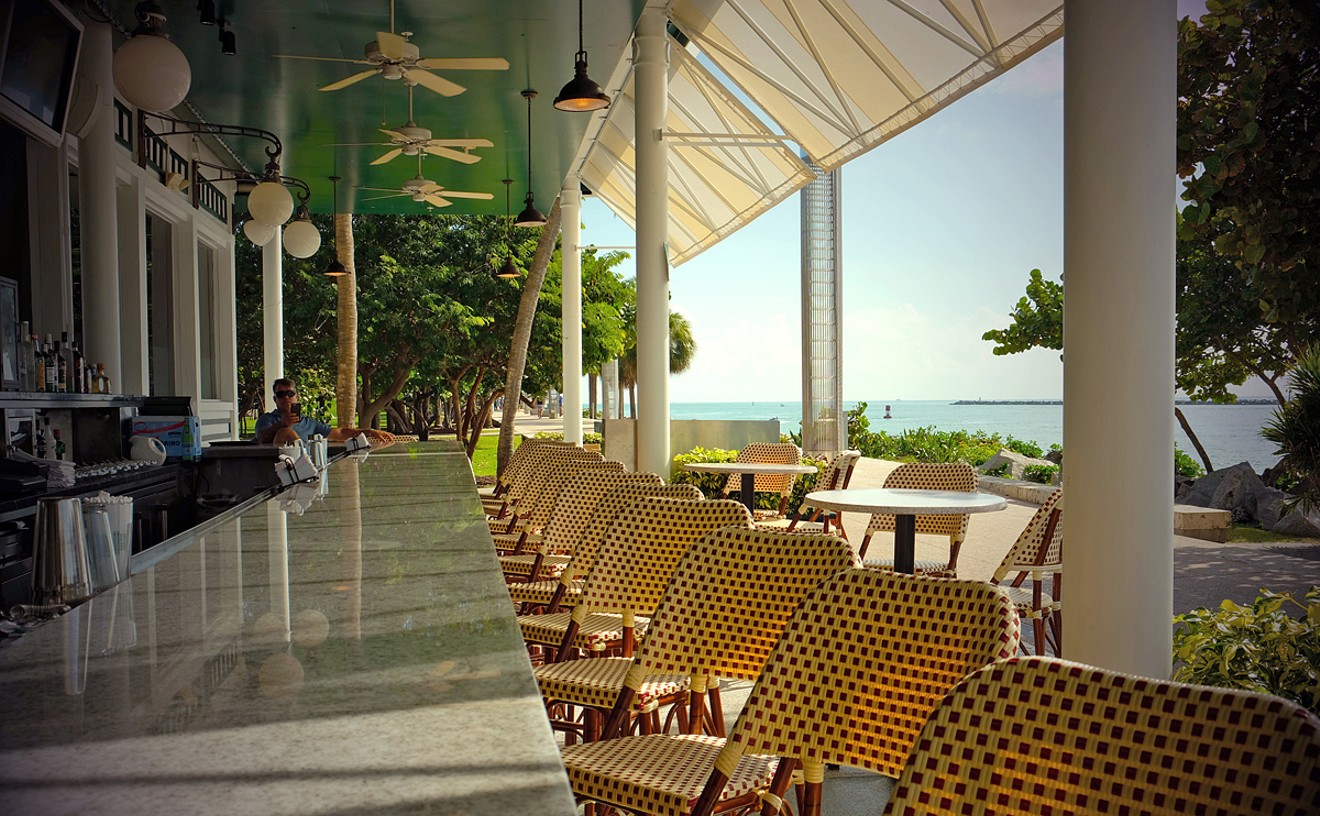 Smith & Wollensky is not only a venerated institution for steak, but it also has one of the loveliest views in the nation. The restaurant is located in South Pointe Park, on the southernmost tip of Miami Beach. That piece of real estate happens to overlook Government Cut, the shipping channel that leads to PortMiami. The restaurant recently completed a major renovation, which means more outdoor space and a second-floor alfresco bar. So while you're enjoying your USDA Prime boneless New York strip ($50), you can wave to the happy cruisers setting off for points south. If you're on a budget, try the steak sandwich, made with the same prime beef, for a wallet-friendly $19. 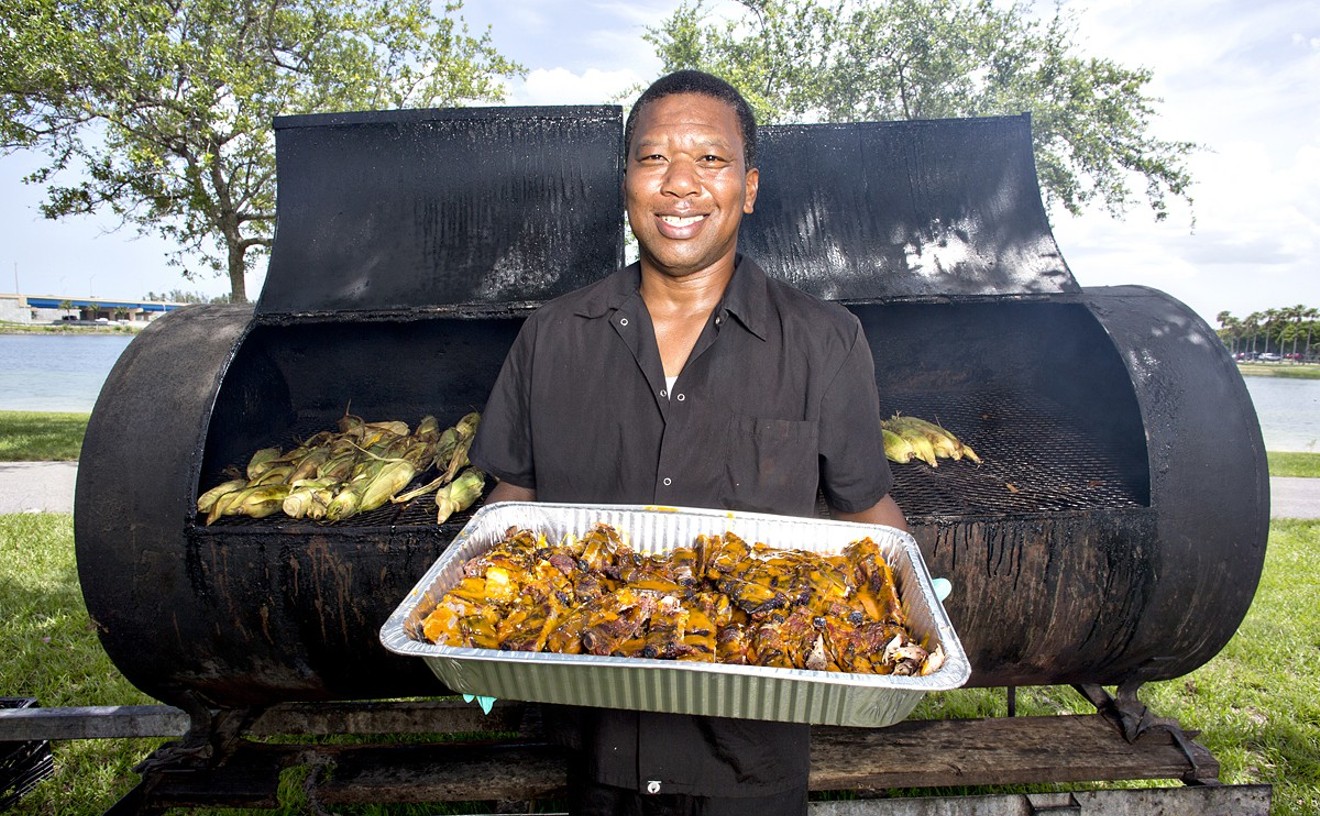 Ask Tyrone Johnson for one of his sweet-and-sour-glazed racks of ribs ($16 for a half-rack, $23 for a full) that have been sitting in a far corner of his grill for three or more hours. The color has morphed from reddish amber to deep, chocolatey brown. The meat slips off the bone with little more than a hard stare. But before you can make this request, you have to find his family-run barbecue operation, the Mustard Seed. Begin by heading south on SW 107th Avenue toward West Perrine; then turn left on 176th Street and left again on 105th Avenue. Yes, you're in a quiet residential neighborhood, and, yes, you're in the right place. Notice the smell of meat in the air? Keep going, and keep your eyes peeled for a parking spot. They're hard to come by on weekend evenings when Johnson and his extended family roll out the barrel grills, coolers, and noisy fans that help keep the crowd cool. When you spot the floodlight illuminating a bellowing column of smoke, you're in the right place. 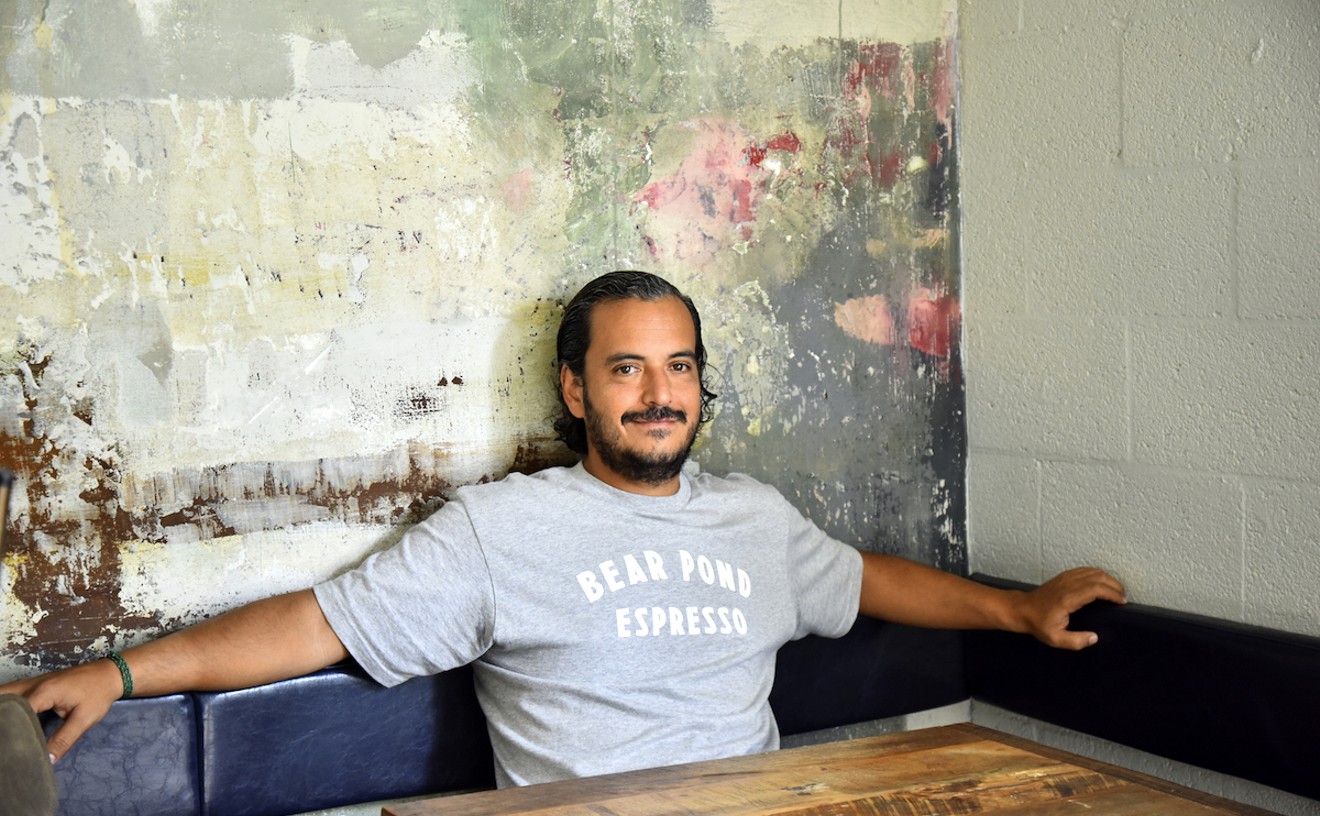 Forty-three-year-old Javier Ramirez led a charmed childhood in Caracas. His parents were both physicians, and he earned an economics degree from Universidad Católica Andrés Bello, then took a job in Venezuela's vast, insanely profitable oil industry. He would have stayed in the country if strongman Hugo Chávez hadn't swept into power in 1999. The move pushed Ramirez abroad, first to London and eventually to Miami, where a lifelong obsession with food became more serious. It was so serious, in fact, that he now has a hand in Wynwood's Alter and Cake Thai, as well as Brickell's Bachour Bakery + Bistro. There's little doubt the three restaurants are among the city's most exciting. Alter's Brad Kilgore has claimed armfuls of awards, including Food & Wine magazine's Best New Chef nod in 2016. Cake Thai serves the city's best traditional Thai fare, and Bachour sells a sugary feast for the senses. Ramirez has no plans to slow down. 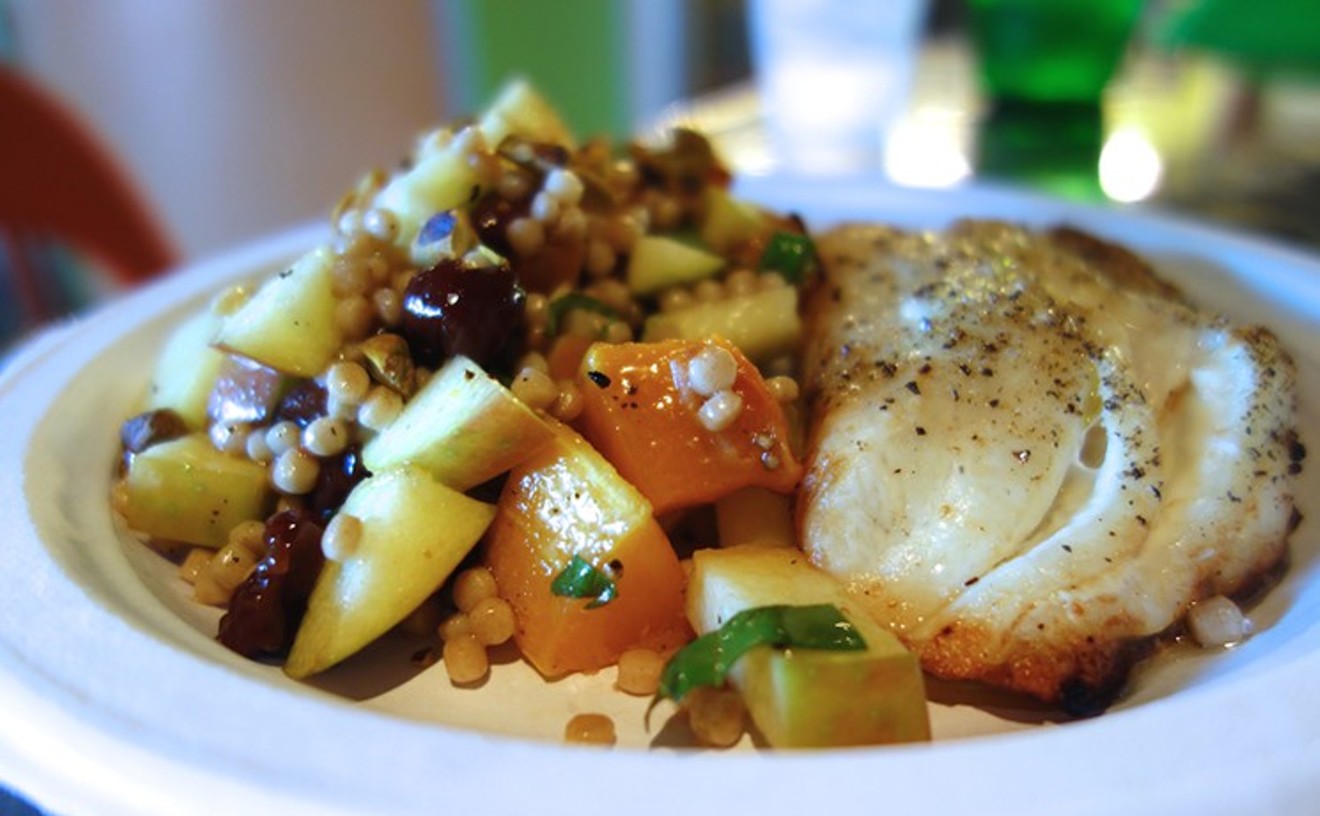 Not long after opening Michael Schwartz's very first Harry's Pizzeria in 2011, Manny Sulbaran struck out on his own and headed for the glamorous thoroughfares and wide avenues of Doral. To this fair city, now inextricably linked to President Donald Trump thanks to his ownership of its famed golf course, Sulbaran brought a simple, flavorful sensibility founded upon the same ingredient-centric ethos that made Schwartz so successful. Hence, the place brings in whole yellowfin Atlantic grouper, mangrove snapper, yellow jack, or other fresh-caught fish before dishing out perfectly cooked fillets with everything from black bean fried rice ($5.49) to roasted cauliflower, zucchini, and squash doused in pungent salsa verde ($5.49). Those same fish also form the foundation of an ever-rotating list of ceviches ($6 small, $11 large) that you might find topped with watermelon radishes, basil, and ají amarillo. Of course, don't forget the bubble tea flavored with fruits, lychee jelly, and many other ingredients. And while you're deciding, try the tea made with the Asian tuber called taro. It's slightly nutty and sugary like a sweet potato and leaves the drink an alluring lavender.

There are dozens of reasons to visit this cash-only Indonesian spot downtown. There's the barbecued eel dish called belut bumbu kecap ($10.50) that comes over a mound of sticky rice and is topped with a nest of pickled carrots and cucumbers. Had that too many days in a row? Opt for the soto betawi ($8.50), a creamy beef stew fortified with mounds of grated ginger, sweet soy, and a pop of lemon. But the crown jewel of Bali Café is the multicourse tasting menu called rijsttafel ($14.95). It starts with a miso soup and one of the thin fried rollups called lumpia that are ubiquitous in Southeast Asia. At Bali, yours could be filled with anything from beef and vegetables to a briny shrimp paste. Crackers called emping ride alongside supple chunks of fiery beef rendang and chicken legs slowly braised in rich coconut milk. The meal continues with stir-fried vegetables, fried fish, and a white rice side. When it's all over, just be happy you live in Miami, where a colada is never far out of reach. You'll need one to make it through the afternoon. 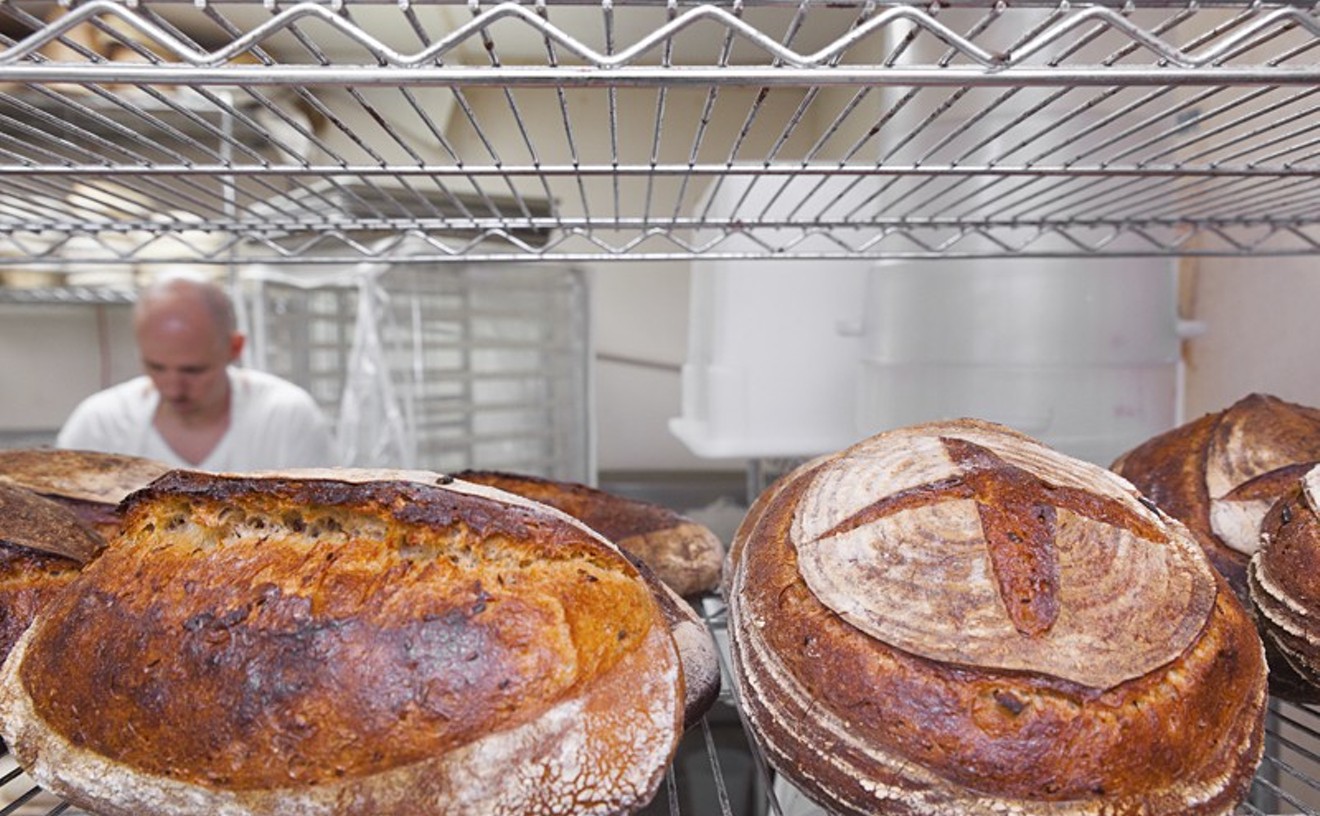 Zak Stern's deli is what might have happened had Eastern European Jews first arrived in South Florida rather than the concrete jungles of New York City. Chef Melissa Sosa, age 25, has a notebook full of recipes but an empty ingredient checklist. After all, there is no pike, cod, or similar white-fleshed fish that is required for so much of Jewish cuisine in the waters off Miami. But with a little digging, some glimmers of hope have appeared. Sosa uses the little-known species blue runner from purveyor Trigger Seafood to make a fish salad that is just as smoky and salty as anything one might pull from the North Atlantic. And the sandwich ($13) it yields is nothing short of miraculous. Dill fronds and flecks of celery help accentuate the fish and provide crunch alongside a verdant fan of butter lettuce. The kitchen is also toying with Florida grass carp, a native species found in the state's bountiful wetlands that might work to make gefilte fish. For the unadventuresome, the corned beef sandwich ($16), which brings thick slices of cured brisket piled onto slices of horseradish-mustard-slicked corn rye, will never be a bad choice.