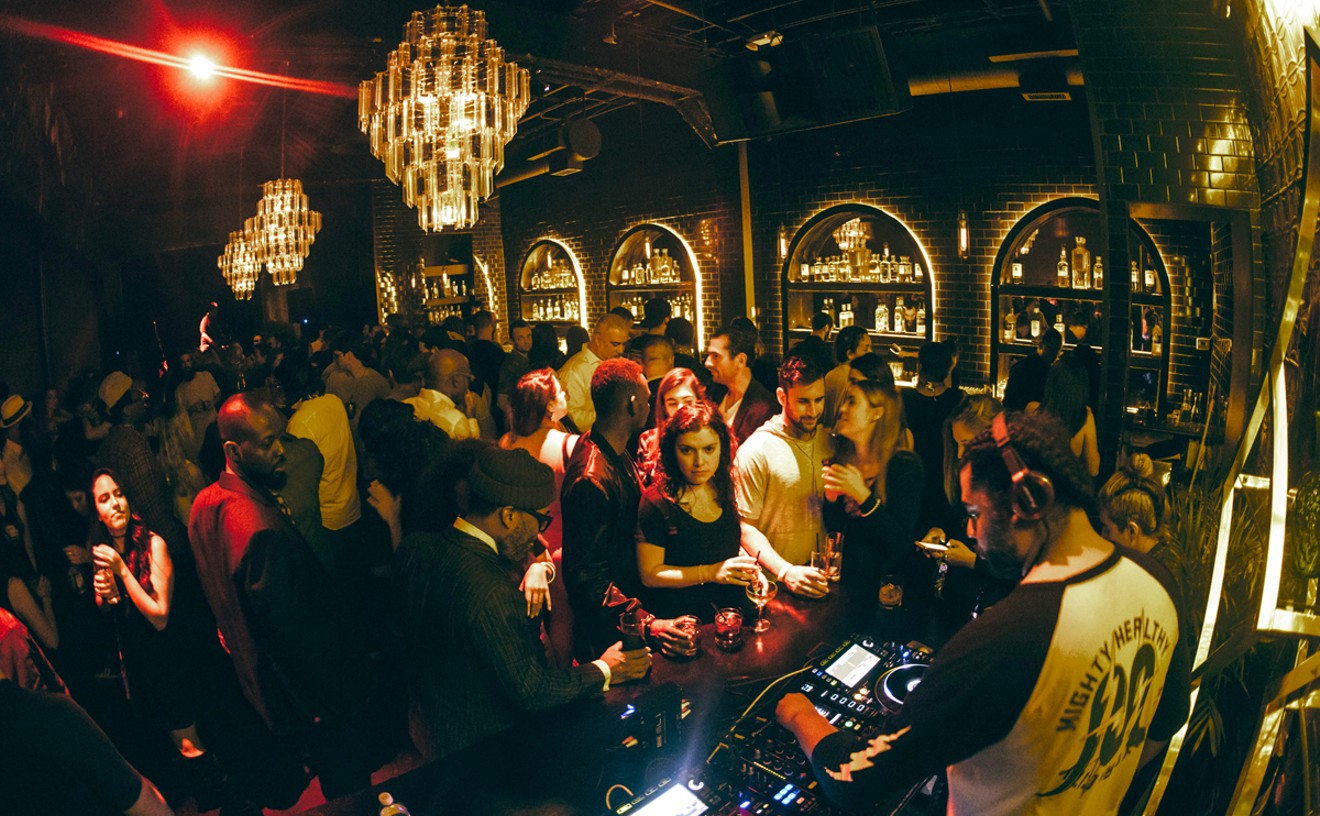 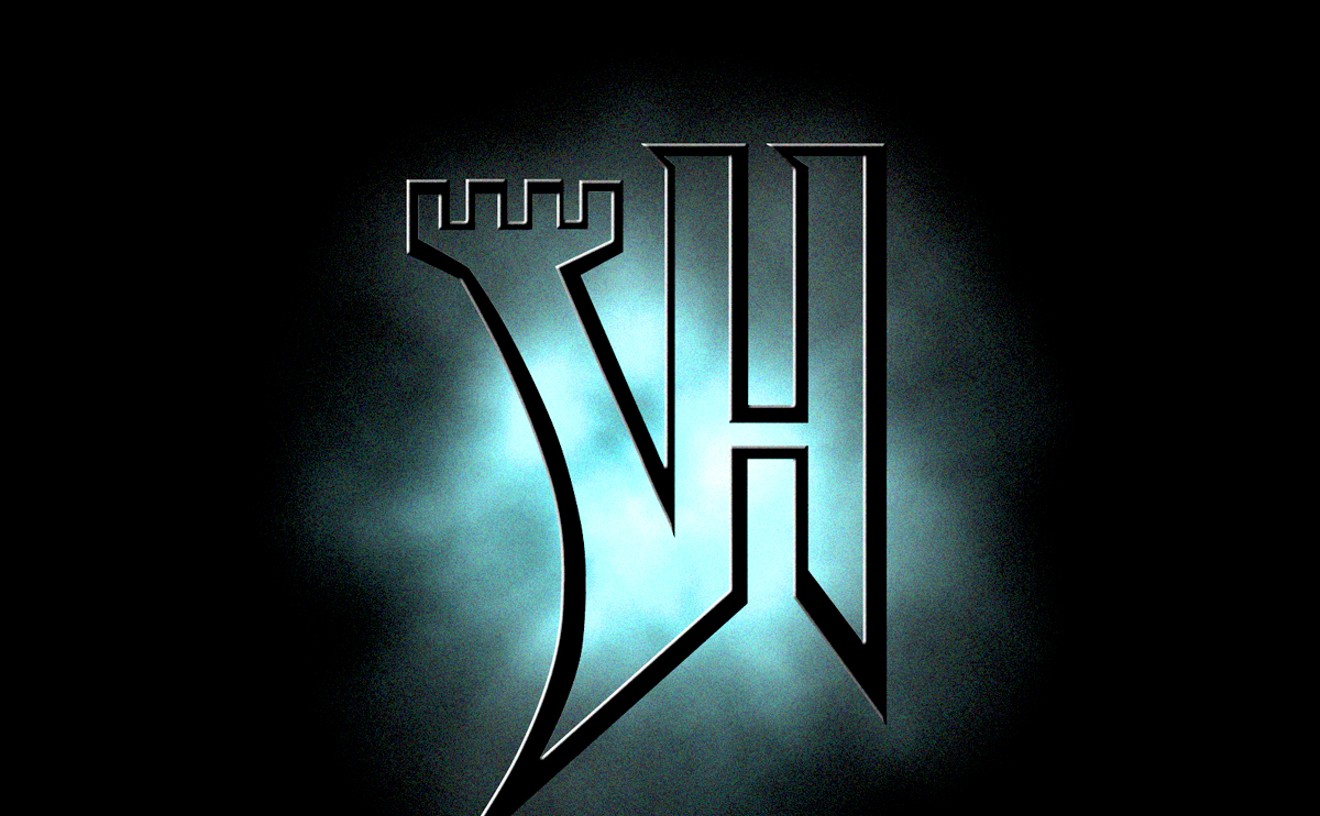 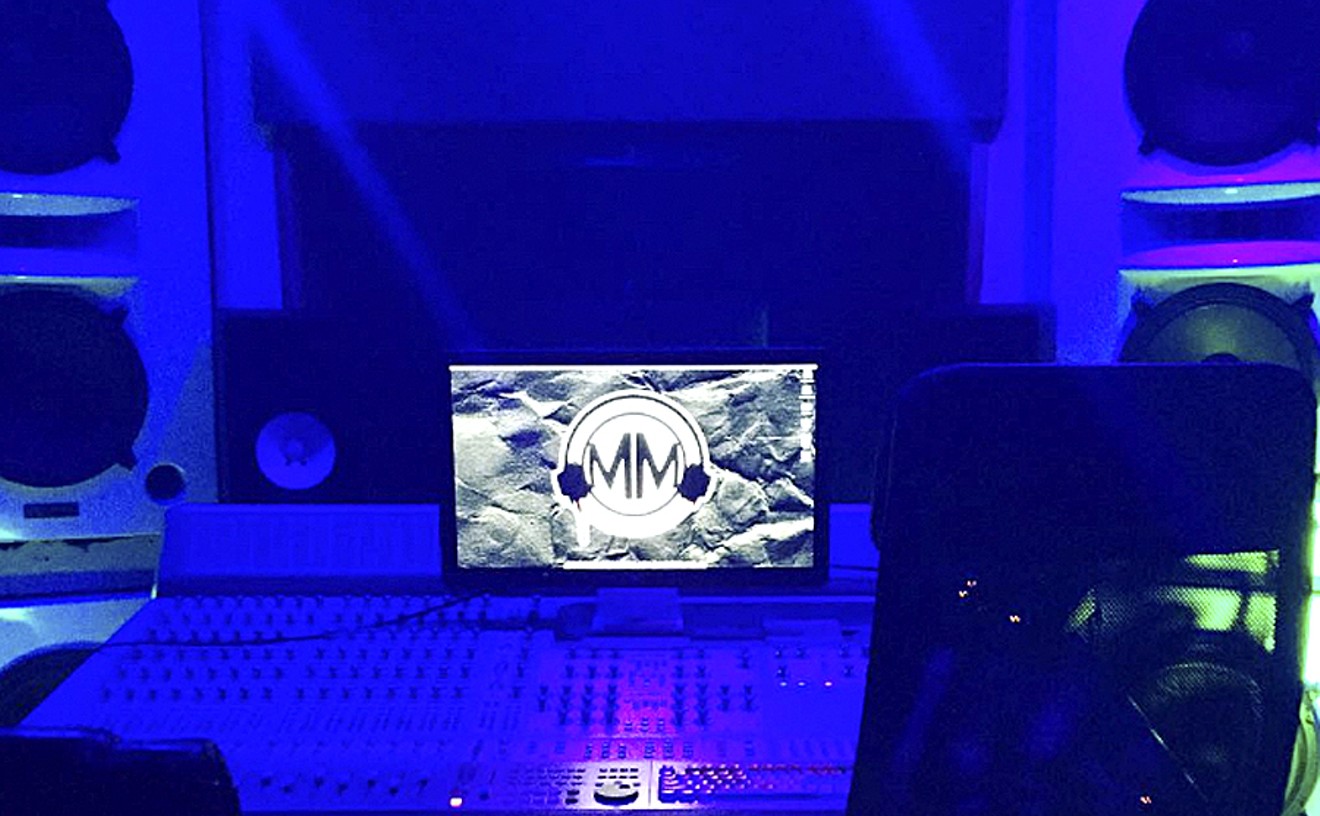 Artists in Miami are constantly looking for the perfect creative space on the cheap. While they dream of recording in lavish studios, there's one option that stands out for its unique creative space and reasonable prices. Since 2009, Mix Masters Studios has been giving artists, from trending rappers like Kevin Gates to local rising stars like Lajan Slim and Miami Tip, all the right tools to make their dreams come true. Founders Andres Mendoza and JP Perez started the studio in a two-bedroom house in Kendall in 2008 and then moved into the spacious studio they now call home. Everything an artist needs is available onsite: engineers, state-of-the-art mikes, powerful amps, and instruments like guitars and keyboards. The studio has two main recording rooms, the black and the blue, which are equipped to record, mix, and master tracks. But there's more. Looking for a spot to do a photo shoot? There's a room for that. Need a quiet space to host artist interviews? There's a lounge. Along with offering adequate recording rooms, Mix Masters also boasts an enormous rehearsal space that can be used to re-create performances and concerts of every kind. Despite all of these perks, the place isn't out to bankrupt rising artists. The lowest price that artists (with their own engineers) will pay is $25 per hour. However, if they want to go all out by booking the coveted black room with a Mix Masters engineer, the most they'll pay is $70 an hour. Mix Masters Studios is the perfect resolution for any musician, producer, or singer who knows the frustration of finding a studio that will tend to all of their creative needs at reasonable rates. Wax worshippers, there's a new record store in town. Established in 2016, Brooklyn Vintage & Vinyl specializes in used vinyl. Located in the Artwood Projects building, the shop shares space with the online station Jolt Radio. This cozy spot boasts impressive and affordable selections created by everyone from Destiny's Child to the White Stripes to Tupac to Leonard Cohen. Don't let the store's size fool you. Tons of preloved records await your crate-digging hands. Grab your picks and cuddle up in the comfy chairs while you let that warm wax melt into your ears at the store's listening station. The shop's organized displays and friendly owner make for a pleasant day of vinyl hunting. Every third Sunday of the month, check out the shop's community events. Brooklyn Vintage & Vinyl is open Tuesday through Saturday from noon to 9 p.m.

Best Way to Spend a Sunday Sweat Records is part of a global movement to recapture the simple pleasure of sitting down and listening to a record with friends. Classic Album Sundays, a collective record-listening event, began in the U.K. in 2010 and spread over time to record shops around the globe, including Sweat. Every month, the event begins with a warm-up record to set the mood and then highlights a classic album. The sessions at Sweat have included The Miseducation of Lauryn Hill, Amy Winehouse's Back to Black, and Stevie Wonder's Songs in the Key of Life.

It's not easy to satisfy a major city's appetite for orchestral music, but that's exactly what Nu Deco Ensemble set out to do two years ago with its genre-bending concerts. Two seasons later, it consistently sells out shows at the Light Box in Wynwood. It also recently made its official Arsht Center debut. A typical Nu Deco concert consists of original music composed by the ensemble's Sam Hyken and conducted by Jacomo Rafael Bairos, an orchestral reworking of music by well-known nonclassical artists, and collaborations with artists from diverse parts of the music world. Nu Deco has reimagined music by contemporary artists including Prince, Kraftwerk, and Daft Punk. Collaborators for the ensemble's second season included Kishi Bashi, Danay Suarez, and Monsieur Periné. For its third season, Nu Deco has already announced a collaboration with Ben Folds and a return of Bashi. 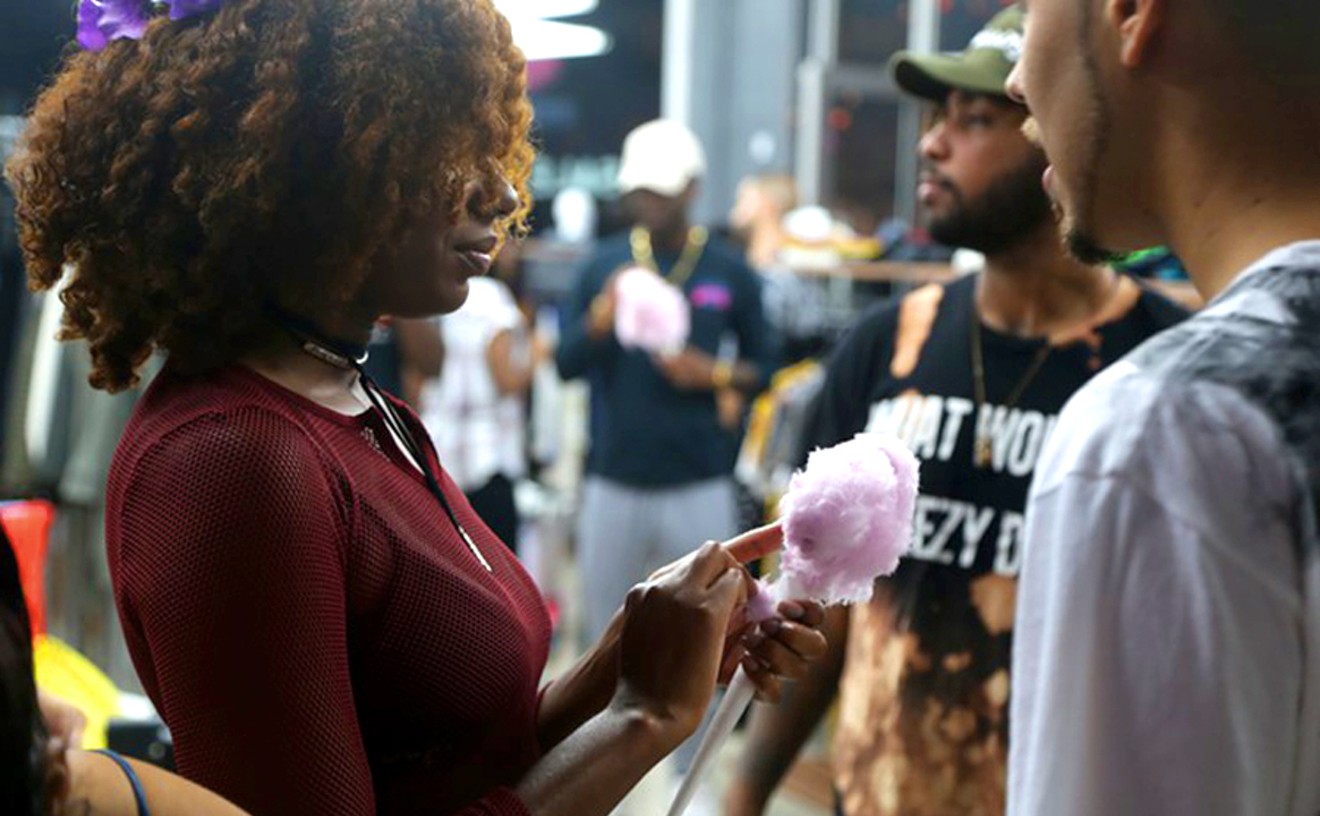 Miami has no shortage of hype electronic music parties, Latin dance nights, and the kind of high-energy events expected in one of the world's party capitals. Sometimes, though, people are in the mood to sip a drink, sway to downbeat music, and catch a vibe. That's where RnBae, which takes place every third Thursday of the month at Gramps, comes in. The showcase shines a light on R&B artists in Miami and beyond. The signature purple flower crowns and cotton candy are perks that set the mood for a night out with your bae. RnBae Collective believes Miami is full of untapped R&B talent, and with a showcase that's quickly becoming a breakout event, it is proving that's true. Miami-based rising stars such as Native Youth and Twelve'Len have already made their RnBae debut, and if its popularity continues to rise, the showcase could become the go-to event for young geniuses.

Hip-hop festivals in Miami haven't been the same since Dope Entertainment created Rolling Loud. Since its inaugural show at SoHo Studios in Wynwood in 2015, the millennial rap festival has brought fans for a weekend of stellar performances by big acts like Future and Young Thug. Over the years, Rolling Loud has hosted a wide range of revered rappers, such as Curren$y, Queens, NY lyricist Action Bronson, and Top Dawg Ent's ScHoolboy Q on signature stages appropriately titled "Dab" and "Sauce." They've also included underground talent from across the nation, especially Miami internet sensations such as Pouya, Fat Nick, Denzel Curry, and Yung Simmie. The festival is known as a mecca for South Florida rap fans, and has become a coveted ticket for hip-hop heads outside of the state. Like many new festivals, Rolling Loud suffered growing pains and scathing feedback in its first year. In 2016, the festival moved to Mana Wynwood and made major improvements. While there was a lot more space to rage and the acts were impeccable, Dope Ent couldn't escape backlash from attendees and artists alike. This year, organizers did everything in their power to ensure Rolling Loud 2017 would go down well. From May 5 to 7, Kendrick Lamar, Future, Lil Wayne, Travis Scott, Run the Jewels and many others performed at the festival's new location at Bayfront Park in downtown. It was unofficially dubbed the "Ultra of hip-hop" by the Miami-Dade Police Department. The festival even had to beat back the Bayfront Park Management Trust board, which threatened to shut down the event due to internal misunderstandings. But the board relented and the fest went down without a hitch.