You can win this hall-of-fame type of award only once, and being a great chef won't get you a ticket; you must prove your greatness over time. Past winners are Norman Van Aken, Mark Militello, Allen Susser, Pascal Oudin, Philippe Ruiz, Michelle Bernstein, Michael Schwartz, Douglas Rodriguez, Cindy Hutson, Jonathan Eismann, Dewey LoSasso, Jan Jorgensen, and Kris Wessel. Hedy Goldsmith is the first pastry chef to be inducted, and her dominance in this field has been so complete that the only surprise here is how long it took. After all, Goldsmith first dazzled us with her outrageous dessert buffets at Nemo beginning in 1995. She left that spot to join forces with the former Nemo chef at Michael's Genuine Food & Drink. This was the ideal platform to launch her honest, whimsical, highly creative desserts. Her career took off, and the rest is patisse. Now Ms. Goldsmith's creations are lauded on a national level. We add our humble kudos.

Giancarla Bodoni, along with her husband Pino, opened Escopazzo in 1993 and has been in charge of the kitchen since 1997. What other Miami chef has been at the helm of his or her own restaurant for that long? Right: Bodoni is in a class of her own. She not only was a pioneer among local female chefs but also led the organic/vegan/raw-food charge from the unlikeliest of places: an upscale Italian restaurant. Escopazzo, in fact, was the first certified-organic Italian restaurant in America. Bodoni wasn't just ahead of Miami's farm-to-table curve by a mile; she was ahead by a decade. Perhaps most important, Ms. Bodoni is a fantastic Italian cuoco whose delicate touch produces some of the best pasta, meat, fish (and of course vegetable) dishes around. We tip our toques to Giancarla for providing us with delectable, passion-fueled food for so long. 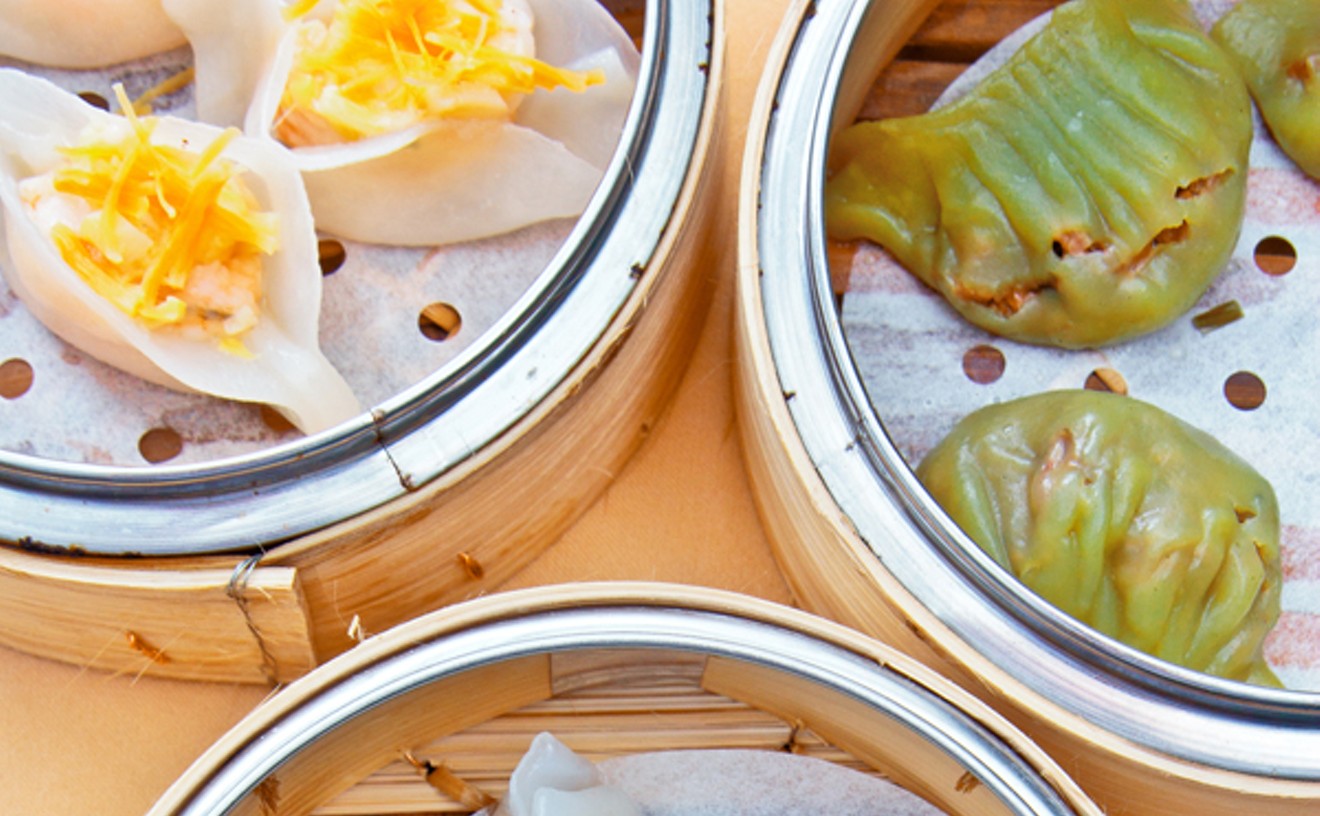 When it comes to this perfect meal of small plates and multitudinous tastes, Chef Philip Ho is the man. He more than proved that during his five-plus years as the dim sum chef at the Setai. Now, at this place of his own in North Miami Beach, he continues to impress with delectable dim sum. The carts roll around his multiroom restaurant on weekends from 11 a.m. to 3 p.m. The rest of the time, the dim sum is brought from the kitchen, but either way the plates are magnificent. To wit: shumai filled with pork, shrimp, and mushrooms; semitranslucent dumplings stuffed with shrimp and chives; green-tea duck dumplings; shrimp with dried scallop dumplings — you get the idea. And those are just the dumplings. Equally tasty are barbecued spare ribs in spicy black bean sauce, taro cakes, rice noodles, fried flour sticks, and just about anything on the dim sum scorecard. That includes desserts like the orgasmic steamed egg custard lava bun. Small plates are $2.95, medium are $3.50, and large go for $3.95. The carts roll out and the crowd goes crazy. 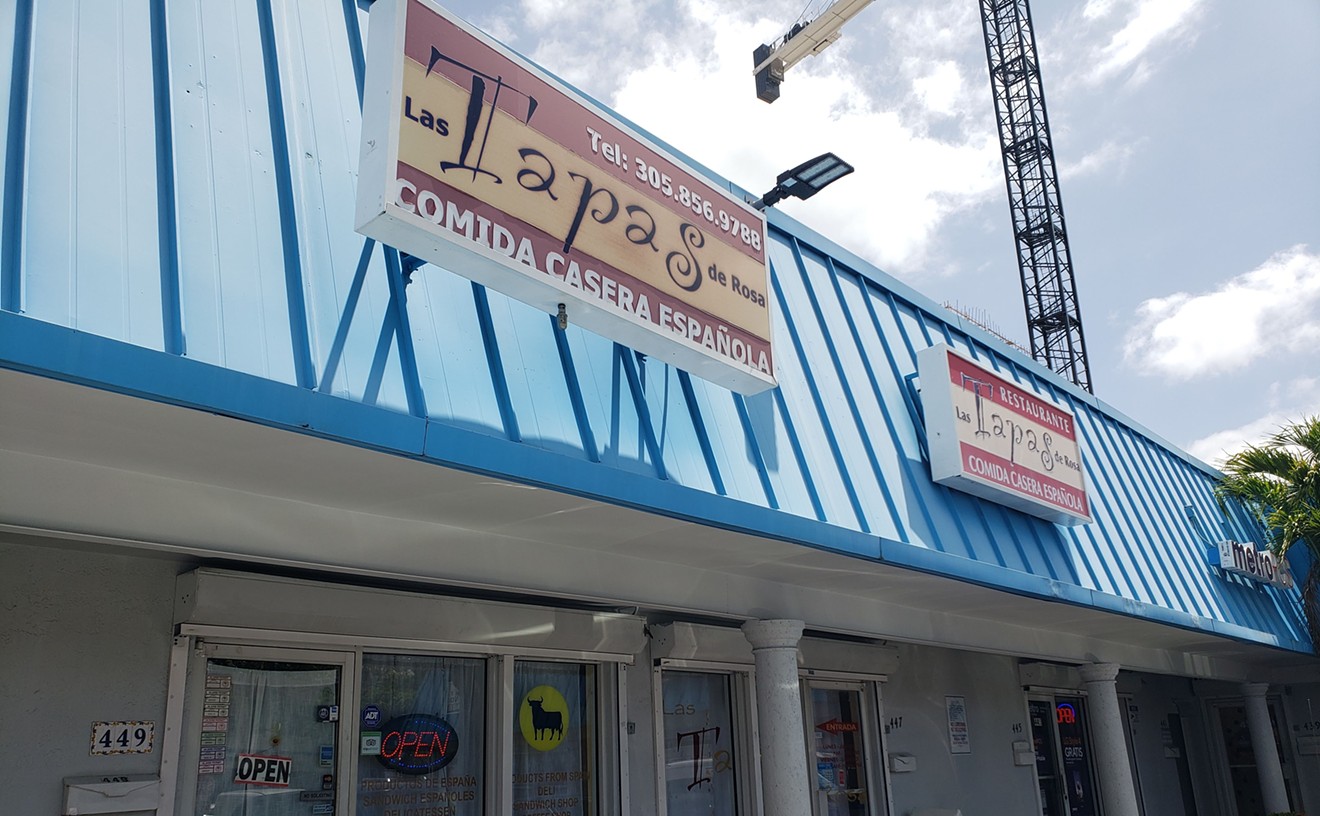 The word tapas has taken on a slightly new meaning in America. It used to connote small bites culled from a lengthy playlist of traditional Spanish snacks. This was the exclusive domain of Spanish-style restaurants. Now, seemingly every restaurant trots out "tapas," which are really any comestible portioned in petite fashion. Las Tapas de Rosa adheres to the old interpretation, which means plates of Manchego cheese, chorizo, pork loin, and cured ham. Then there are boquerones en vinagre (anchovies in vinegar), beef tripe with cured ham and blood sausage, chorizo a la sidra (in cider), legendary ham croquetas, tortilla española, octopus with hot paprika, and much more, including a whole menu of homestyle Spanish specialties. Just about all the tapas are under $10. Rosa Rodríguez, from Spain, opened the shop on Calle Ocho in 2005, and her daughter Gloria now oversees things. As you sit back with your tapas and perhaps a bottle selected from the extensive Spanish wine list, or maybe a pitcher of refreshing sangria, you might come to believe that tradition is greatly underrated. 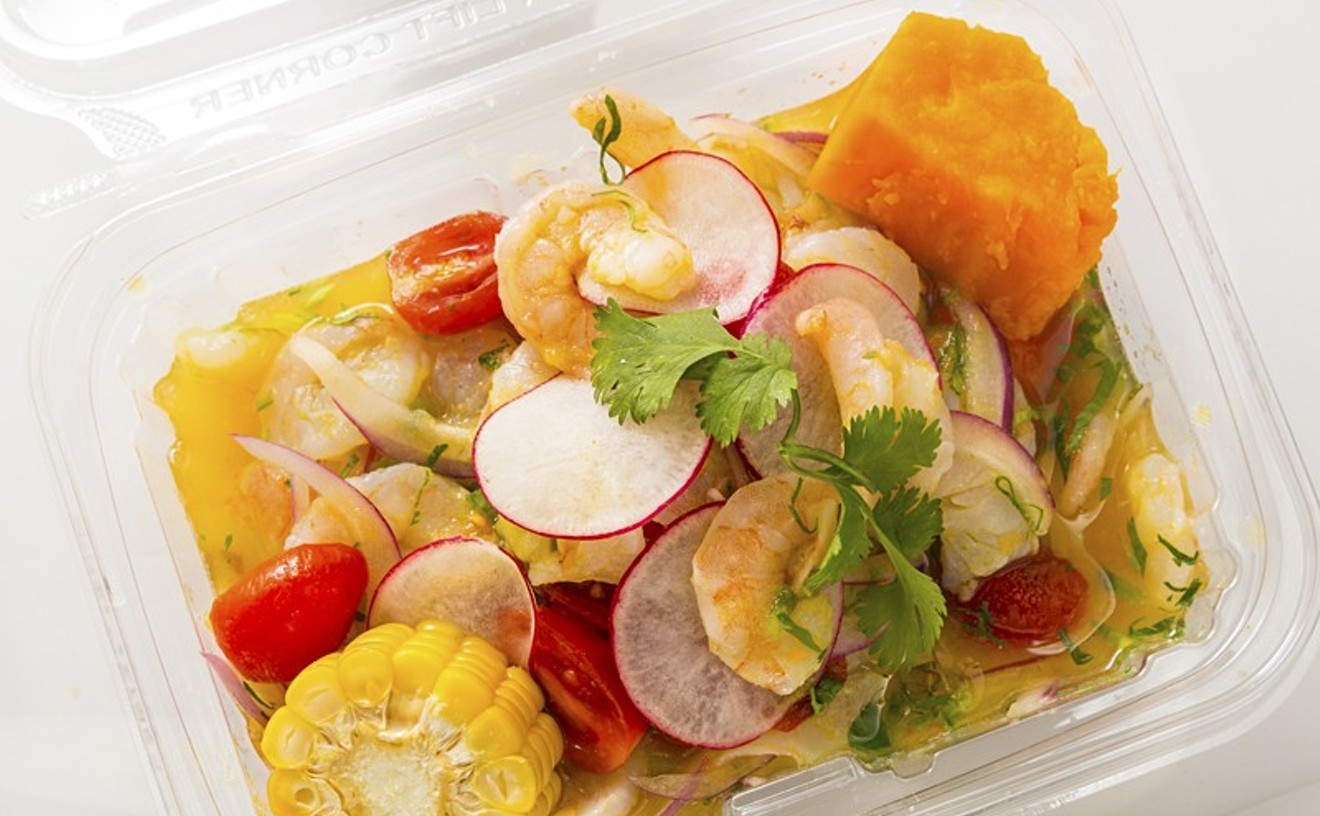 Ceviche is the new sushi — to the rest of the country, that is. When sushi first appeared in Miami, it was probably considered the new ceviche, thanks to our vibrant Latin American community, which long ago introduced the Magic City to this refreshing macerated seafood specialty. It certainly isn't anything new to Sam Gorenstein, who fondly remembers the cevicherias of his native Colombia. That's what led him, along with partner Roger Duarte (of George Stone Crab), to open My Ceviche at the southern tip of South Beach last year. "Roger and I really felt the need for a good ceviche restaurant on Miami Beach," the James Beard Award-nominated chef says. Prior to this venture, Gorenstein amassed a local fan base during his years heading the kitchen at BLT Steak. This take-out/delivery seafood venue, which also serves stone crabs and fish tacos, features a pretty simple system: Select your choice of seafood (shrimp, octopus, local fish) and then choose from six styles of ceviche, such as the version flavored with aji amarillo, tomato, onions, and mint. Or try the coconut water, avocado, red onions, cilantro, and lime. Maybe check out the Asian-style one with soy-citrus, ginger, red onions, tomato, mango, and cilantro. Popcorn comes on the side. It's $11.75 for a generous "medium" size and $14.75 for a large portion. Sure, you've seen it all before. The question is whether you've seen it this good.

There really is no place like Sonia's. It's a neighborhood bar with live Latin music on weekends. It's a fish market with plastic bins of crushed ice filled with fresh red snapper, yellowtail, hogfish, mangrove, calamari, lobsters, langostinos, and whatever else the day's catch might bring. It's a funky, Cuban-style outdoor seafood shack located by a canal at the point where SW Eighth Street edges toward the Everglades. Diners can select the fish they want and have it simply fried or grilled, and the menu includes soups, croquetas, ceviche, all manner of seafood preparations, fried pork chunks, grilled chicken steak, black beans and rice, and so forth. It isn't nearly as cheap as the ambiance would suggest, but it's not expensive either. Except for lobster and some other high-end shellfish, main courses tend to stay below $30. The place is nearly always packed, and the bar bops with a party spirit that might include staff wearing feathered headgear and forming a conga line. Sonia's is like what you might find during happy hour in a beach shack in Latin America. Speaking of which: Sonia's boasts one of the happiest happy hours every Thursday and Friday from 5 to 9 p.m. Service is leisurely and spoken in Spanish, which only adds to the authentic Latin American vibe.