Dubbed the "Guantánamo Cyclone," Yuriorkis Gamboa has earned his nickname in and out of the ring. The headstrong 30-year-old Cuban boxer could become one of the elite pound-for-pound fighters in the sport. He has a chance to become the next Floyd Mayweather or Manny Pacquiao, even if he marches to the beat of his own timbales. He caused a stir in the boxing world when, over a contract dispute, he dropped out of a bout with light heavyweight Brandon Rios that was to be televised on HBO. Some longtime purists criticized him for pulling out, but for a guy who sold his Olympic gold medal to support his family in Cuba before defecting to Miami, he deserves to call his own shots. A methodical pugilist, Gamboa has built a 21-0 professional record with 16 wins coming by knockout. In his U.S. pro debut at the Hollywood Seminole Hard Rock Hotel & Casino on October 30, 2007, he demolished Adailton de Jesus with a knockout in the first round. He has also knocked down two other opponents in the first round. He'll do it his way, but don't be surprised if Gamboa's final destination is the top of the boxing world. 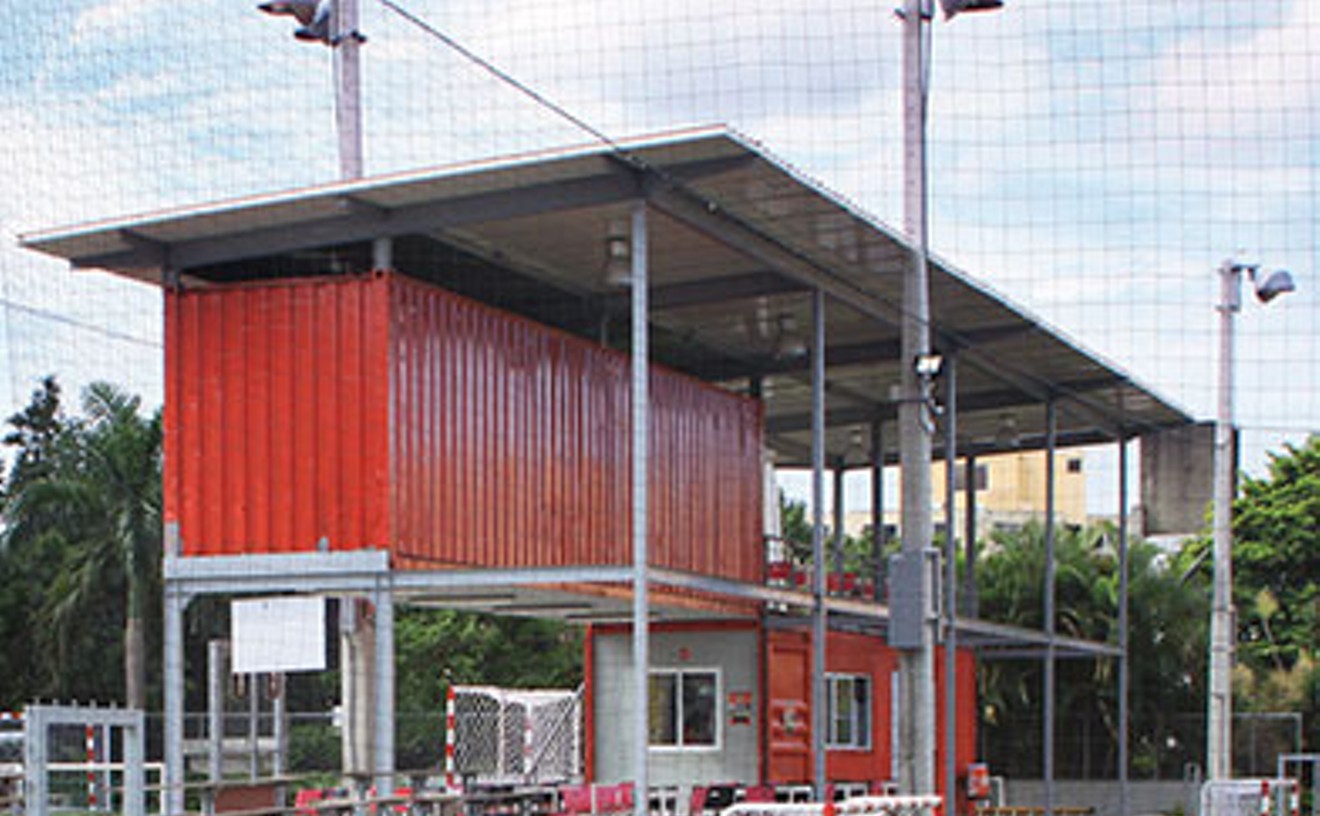 Every Saturday morning, Colombian carnival takes over a narrow lane just off NE Second Avenue. Street vendors set up shop selling hamburguesas and ceviche. Cumbia and reggaeton pour from overhead speakers. And the beer flows in equal proportion to the sun's powerful rays. But the center of festivities isn't a dance floor or even a bar. It's a soccer field. Soccer Town's synthetic turf shines like an unnatural oasis in the mostly rundown neighborhood. As Colombians, Peruvians, Argentines, and the occasional gringo kick the everlasting crap out of one another on the field, their wives, kids, or girlfriends sit on concrete steps in the shade and let the men dream — at least for an hour each week — that their best playing days aren't behind them. In fact, the games are among the more skillful in Miami. More important, they are probably the best organized. Somehow, Soccer Town culls dozens of teams into season-long 8 v. 8 tournaments. On weekdays, the field is split into three 5 v. 5 courts, each of which can be rented for roughly $100 per hour till 2 a.m.

These days, every sportscaster on the planet has a catch phrase handy when an extra-amazing play happens on the court, field, or ice. So one would think the guy who does the play-by-play for the Miami Heat would be full of catch phrases, because the Big Three are a highlight reel come to life. But the beauty of Mike Inglis, the nightly voice of your Miami Heat on 790 the Ticket, is that he doesn't rely on the often-hackneyed trickery of describing a play by saying someone just got it "right between the eyes!" That kind of announcing has become cliché to the point of self-parody. Inglis is old school mixed with good old-fashioned enthusiasm. In a game where things change every half a second, he merely paints the picture and makes things more exciting simply by using a genuine fervor that most announcers have confused with being trendy. But Inglis's retro style doesn't rob you of the excitement of a Dwyane Wade Euro-step shot or a LeBron James dunk. Instead, he enhances every big moment with a guttural call that makes every respective play that much more awesome. For example, during last year's playoff matchup against the Atlanta Hawks, he famously described a Wade-to-LeBron alley-oop with his usual get-off-your-seat-and-yell-hell-yeah moment: "The ball stolen, down the floor, Wade with LeBron, and the alley-oop and a right-hand jam by LeBron James on the a-l-l-l-l-e-y-oop!" No gimmicks. Just passion. That's why we turn down the volume on the TV set and fire up Mike Inglis on the radio during Heat games.

When strange and elusive slugger Manny Ramirez worked last winter toward a major-league comeback from a steroid-related suspension and an impulsive retirement, he kept it local. ESPN cameras caught him doing aqua aerobics with a pool full of Miami abuelitas and taking swings in a Hialeah batting cage. ManRam will soon be working his peculiar magic in Oakland, upon the completion of his suspension, as the newest member of the Athletics. But Manny isn't the only big-league patron of that Hialeah facility, Extreme Baseball Indoor Hitting Cages. Founded three years ago by former minor-leaguer Miguel Soto, it's the off-season swinging headquarters of St. Louis Cardinals shortstop Rafael Furcal, Texas Rangers outfielder Nelson Cruz, former Detroit Tigers outfielder Magglio Ordóñez, and a stable of big-time local prospects. They're trained by former pro players Frank Valdez and Kadir Villalona. But you don't need a pro contract to build your skills here. It's $2 to take hacks at 20 baseballs, and tutelage under the trainers costs $45 an hour. Next, we'll find out which swimming pool Manny was thrashing around in. Those grannies looked buff.