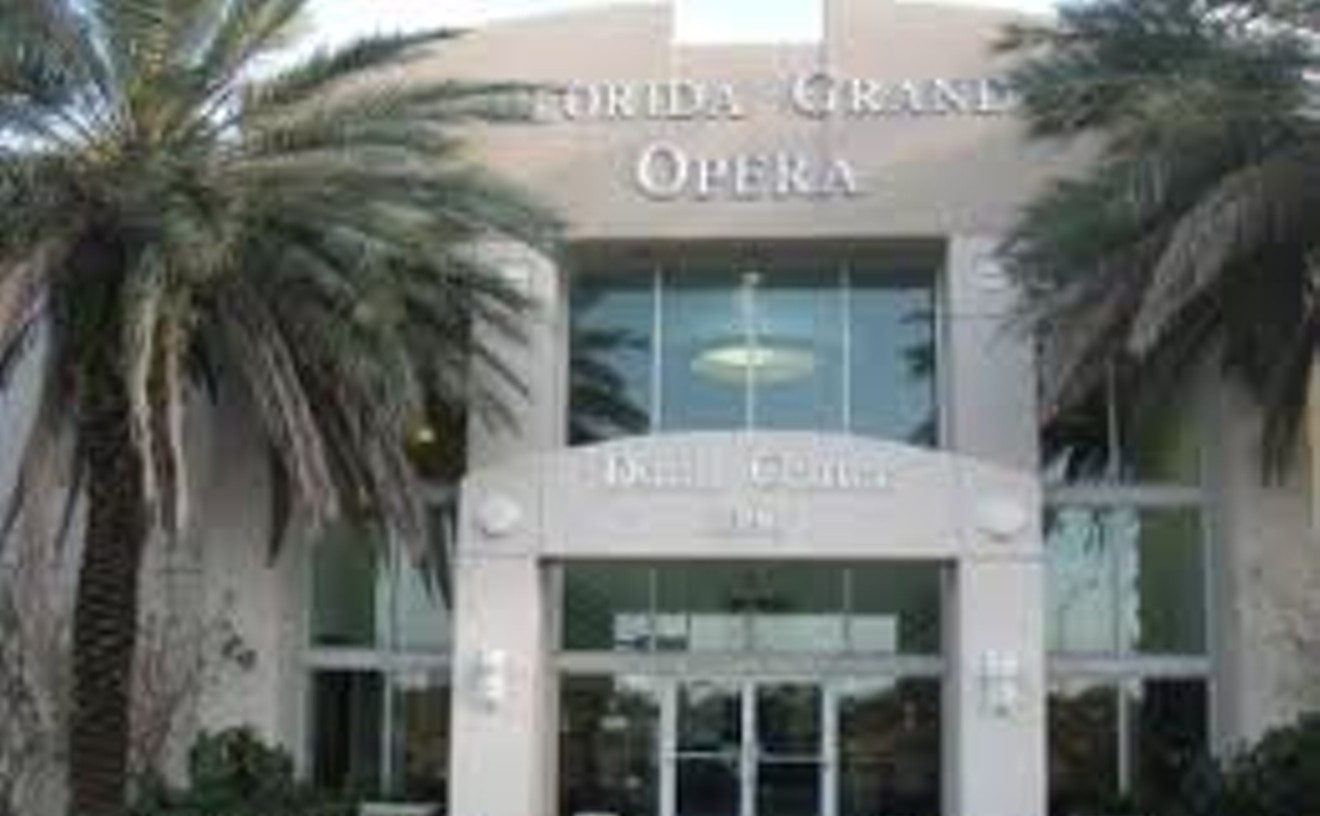 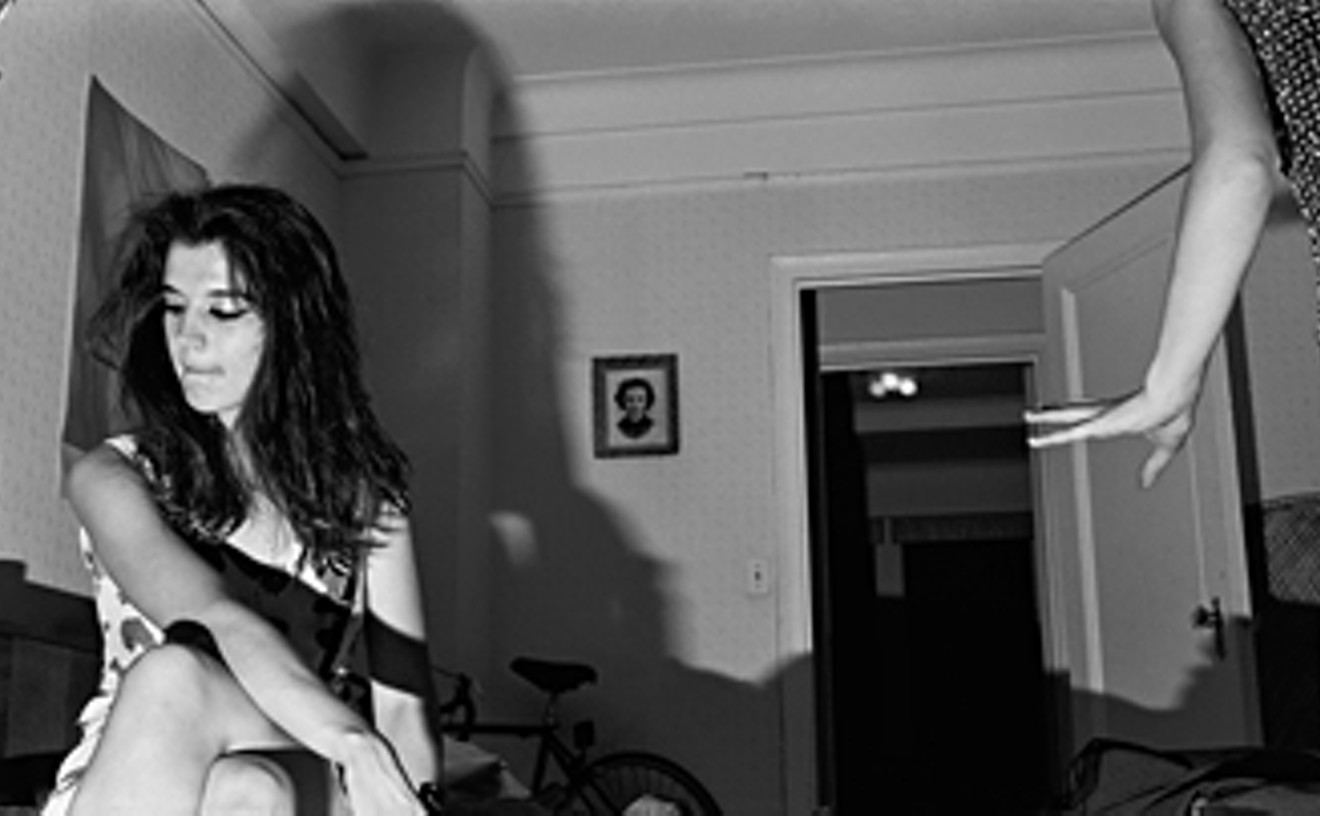 Phillip and Patricia Frost aren't exactly new to the Miami philanthropy game. Phillip, chairman of a Miami-based pharmaceuticals company, and Patricia, a retired elementary school principal, have given millions to local nonprofits and served on the boards of the Florida International University Foundation and the Smithsonian. Hell, they even already have a whole school named after them at the University of Miami, after they gave a record $33 million to the School of Music in 2003.

But it's their latest contribution that might leave the longest legacy in the Magic City — and that marked them as our power couple of the year. With an undisclosed gift, they helped make the FIU's Phillip and Patricia Frost Art Museum — which opened in November — one of the most artistically and architecturally significant newcomers on Miami's arts scene in years.

The crescent-shaped museum, built from Chinese granite, steel, and glass by Tampa's HOK Architects, is an instant icon at FIU's Tamiami campus — and it serves as a much-needed centerpiece for Latin American and modern art in Miami.

The name says it all — without the Frosts, the newest jewel in a city rocketing into the national arts conversation simply wouldn't have happened.

Delta was a play with three leads, each of whom would briefly assume the role of Indesha Ida Mae Holland before passing it off to a costar. Those not playing Indesha in a given moment would play secondary characters — Indesha's mother, a gin-addled crank, a minister, the voice of God. Interspersed with the vignettes of Indesha's youth were song snippets, sung a cappella — eerie and full of blue notes or, in happier moments, as bright and spit-polish perfect as the latest single from the Mormon Tabernacle Choir. Within this free-flowing structure, Brandii Edwards, Carey Hart, and Carolyn Johnson galvanized each other, and all three soared to heights of gutsiness and invention seldom seen on any stage. Each had at least a single moment so delightful that it literally stopped the show — when Carolyn went into some kind of hoodoo trance during a baby-birthing scene; when Hart narrated the scene as a giddy, motor-mouthed tween; and when Edwards staggered onstage as the gin monster and began woozily gnawing the scenery. The audience erupted, the actresses paused, and a bar was quietly raised in Miami.

Mickey Rourke's redemption has been the stuff Hollywood makes movies about. Only an independent filmmaker made it and it starred Rourke himself. Rourke's portrayal of washed-up wrestler Randy "The Ram" Robinson earned him a Golden Globe Award, a British Academy Award, an Academy Award nomination, and has put him back on the A-list map with more roles in future big-budget releases. It's a far cry from the cautionary tale he had become.

A student of the Actor's Studio, Rourke was loved by critics for his rugged and raw portrayals when he burst onto the scene in 1981. Other actors, such as Sean Penn, would visit his sets just to watch him work. But then the personal demons took over. Drug abuse, bizarre career choices, and his decision to become a professional boxer derailed him. One moment he's being called the best actor since Marlon Brando, the next he's getting his cheekbone and nose obliterated in boxing rings and being arrested in South Beach for driving a scooter while under the influence.

Mirroring Rourke more than any character he will ever play is The Wrestler's Randy the Ram, a once bright star who fades into obscurity while abusing drugs and suffering irreparable harm to his body. It was the right role at the right time. It's almost as if Rourke's life had been one long Method-acting prep for that role. And now, thanks to that film, Mickey Rourke is back.

There was a time when Miami-born Debbie Attias of the now-defunct Brooklyn duo Avenue D wrote and sang techno rap songs that were, um, too explicit even for New Times to quote. Think 2 Live Crew with tits. These days, Attias is doing something a bit more constructive than coming up with catchy jingles about sitting on her boyfriend's face: She's riding a bike across America to raise money for the World Wildlife Fund. Sure, it ain't curing cancer, but this is Miami. Baby steps, people.

This writer has known Paul Tei, at least on a professional level, for almost three years. This writer has chatted with him in half a dozen theater lobbies, written half a dozen plays about his work, and has watched him star in at least as many shows. But when the tattooed, pierced, spiky-haired, sandpaper-throated Tei appeared as the paunchy, smooth-talking, oily-voiced Southern snake-in-the-grass named Chaplain White in GableStage's springtime production of Defiance, it took this writer 20 minutes to recognize him. It was the most complete and realistic transformation of an actor into his subject to hit Miami in this or any recent year. The part didn't have a lot of weight — Chaplain White was too shallow a being to inspire any audience reaction more complex than dislike — but he was a marvel nevertheless: a perfect triumph of technique.

"As you know, it's been a really quiet week for me, so it's nice to get out on a Friday night." Thus began Alex Rodriguez's awkward attempt at a joke to make light of the fact that Sports Illustrated had broken the news about his use of performance-enhancing drugs just days earlier. A-Rod made the comment on the night he was honored by the University of Miami at the unveiling of the Alex Rodriguez Park in Coral Gables. Even before the report broke, Rodriquez had not been well liked outside of Miami. To us, he was the local kid from Westminster Christian High who grew up to become baseball's greatest player. To everyone else, he was the narcissistic Yankee who worried a little bit too much about his image.

Still, even throughout Major League Baseball's BALCO steroid scandal, where it was revealed that many players were juiced up, and throughout Congress's attempt at ousting the perpetrators, A-Rod was seen as the one clean guy — a natural, a player blessed with God-given abilities with no need for steroids or HGH. He even told Katie Couric on 60 Minutes point blank that he had never taken performance-enhancing drugs. And we believed him. Sure Jose Canseco wrote that A-Rod was dirty in one of his books. But Canseco had long been a local pariah, so we ignored him. A-Rod, on the other hand, was a local golden boy. Not anymore. That's right. The craziest part about this whole scandal: Jose Canseco was right!