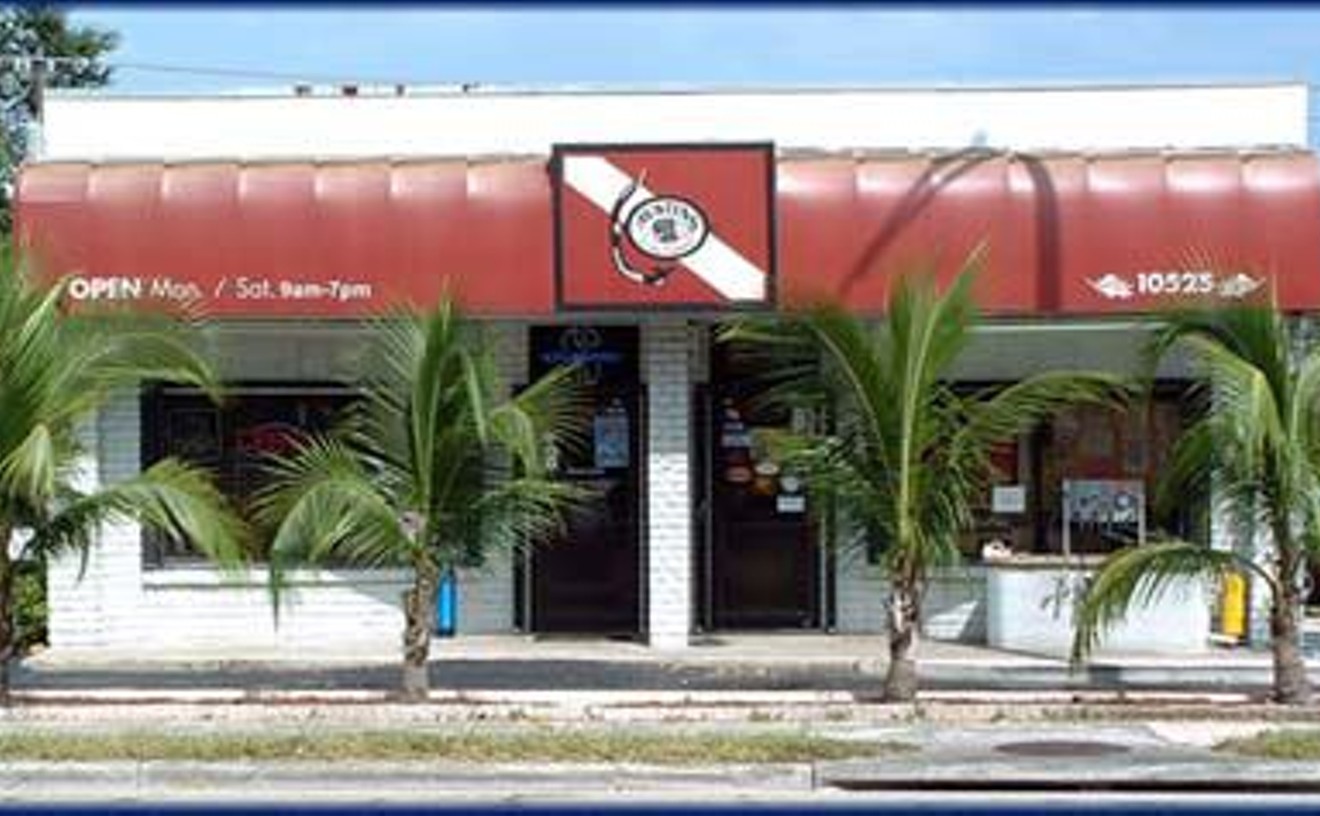 The last time Austin's Diving Center made the news was back in 2002, when the FBI issued an alert that terrorists were seeking "an offensive scuba diver capability." The FBI checked out more than 1,300 scuba shops across the nation, including Austin's, and pretty much came up with zilch. They're still looking for those weapons of mass destruction too.

The thing is, it doesn't really matter if Austin's is in the news or not — locals know it's the best place for scuba gear. If you need snorkeling equipment, they've got it. They've got underwater cameras, metal detectors, fins — pretty much anything you'd need for diving.

And if you're looking for a spear gun, they have 60 different models in stock, which is more than anybody in South Florida.

Just don't blow up anything.

You know that saying, "One man's trash is another man's treasure"? Well, week-old milk and scratched James Bond DVDs sort of disprove that one. But over at Urban Garden, a charming, slightly kitschy art studio-meets-furniture shop on NE 79th Street, the ponytailed, Coral Gables-born artist in residence, William Valanilla and Peter Caruso, may as well have invented the idiom. He has spent most of his life turning junk into one-of-a-kind, useful home décor. Chandeliers are molded from bulky electrical wires. Sculptures are made using an abandoned mannequin and old car keys. A portrait of Christ emerges from a tossed piece of plywood. And none of this comes across in a pretentious next-big-Basel-project kind of way. The place smells like Grandma's moth balls, is always out of toilet paper, and is filled with the types of paintings and 1950s trinkets that will keep you browsing for hours on a rainy day. When we say "junk," we mean it only as the highest form of compliment. 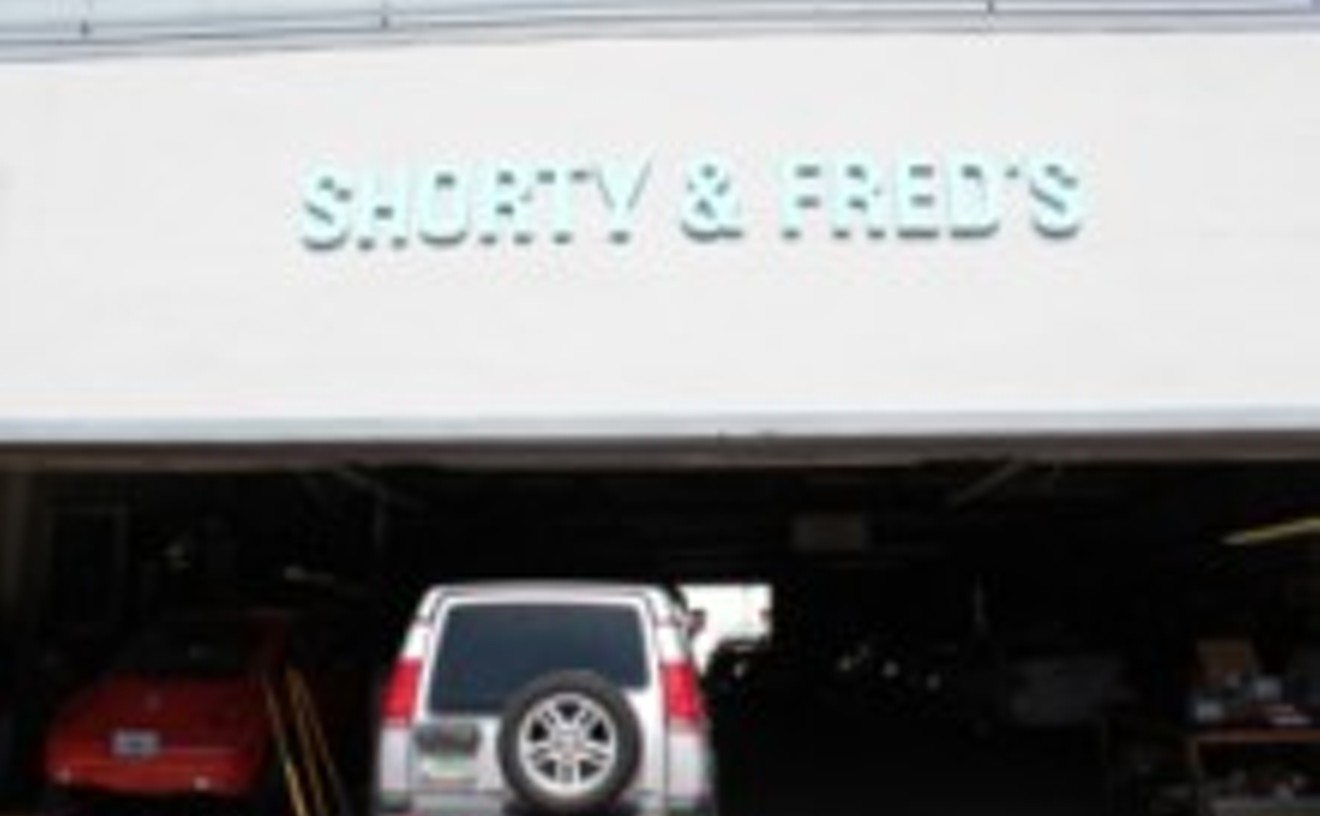 In that ironic way that makes perfect sense only to Miamians, one of the county's busiest independent garages is parked in the least car-friendly neighborhood outside of downtown. Shorty & Fred's has serviced the needs of Miami Beach's drivers since 1956, when the city had way fewer cars fighting for precious spots. Although Fred long ago sold out, and Shorty left us for better pastures just a few years back, Shorty's son, Nelson, carries on the tradition of service that keeps customers coming back with their oil leaks and intermittent pings decade after decade. So, how do you really know when a mechanic isn't out to cheat you? When he turns your business away. Unless it's something vital to your safety, Nelson and crew will tell you when you don't have to get something fixed right away. They just have too much real business to waste effort on phony repairs — so while they might charge a little more than the cheap place across town, you definitely pay only for what you need, and they'll get it done fast. The queue generally forms on Alton Road every weekday before 8 a.m., so get there early.

Cycling enthusiasts come in many varieties. There are those who love the racetrack and those who prefer mountain trails. With so many biking alternatives around, there's bound to be some confusion when getting a new set of wheels. Thankfully, that's not the case at Bell's Bicycles, the place to go for all cycling categories. Whether you are just starting out or are an old hand, Bell's will have exactly what you are looking for. Prices start at less than a $370 for a quality beginner's bike and go up from there, depending on your level of expertise. The shop also specializes in the brands Giant, GT, and Jamis, among the top bicycle culture manufacturers in the world. And to top it off, Bell's boasts an awesome bike repair/maintenance annex that provides low-cost service. A well-stocked neighborhood bike shop with a mom-and-pop feel, Bell's is the perfect place to get (and fix) your wheels.

Never trust a bike shop owner who's got his Benz parked behind the store. As a matter of fact, steer clear of bike shops with bright fluorescents, shelves stuffed with rich-man's gadgets, and bikes that cost as much as a car. Cuba Bike Shop, ironically named because the owner is Colombian, keeps it simple. Picture a sunlit warehouse on Wynwood's western border with more space devoted to the building, maintenance, and repair of bicycles than to showcasing them. Now walk on in, check out the inventory, or make an offer on a Frankenbike cobbled from parts in the cycle graveyard. A steady stream of locals and regulars will join you in the shop to haggle, barter, and wheel and deal with owner Ricardo for their next two-wheel expenditure. The process involves no high-pressure sales tactics from juiced-up, camel-backed cyclotrons; it's just easy commerce with a neighborhood legend. Cuba Bike Shop is a humble operation that provides a quality product for folks on a budget. Prices range from dirt-cheap to mid-dollar, so whether you seek a neighborhood beater or a trek-worthy road warrior, Cuba Bike Shop has you covered.

Ancient peoples used piercing as a way to protect themselves from evil spirits, yet today we use it as a way to look more badass. There's something about a bar through the bridge of your nose that makes grandmas clutch their purses and bad-boy-lovin' beauties cream themselves. Since we were born with a set number of holes in our bodies, and sticking a diamond stud into your armpit is no fun, the piercing salon is a necessary piece of the rebellious puzzle. You'll want to make sure the joint is clean and all of the equipment is too — two things that you don't have to worry about at the Industry. This sleek shop outfitted in black and red is the place to get fly, get tatted, and, of course, get holey. This isn't your mall Piercing Pagoda — the pros here can put holes where you didn't know they could exist. Ladies can take a walk on the sexy side and get the "corset," a collection of bars that run up your back, lace-up style. The Industrial — a bar across the top of the ear — will run you $80, and the traditional lobe poke is just $20. Getting pierced, um, down there, can cost you up to $300. Ouch. 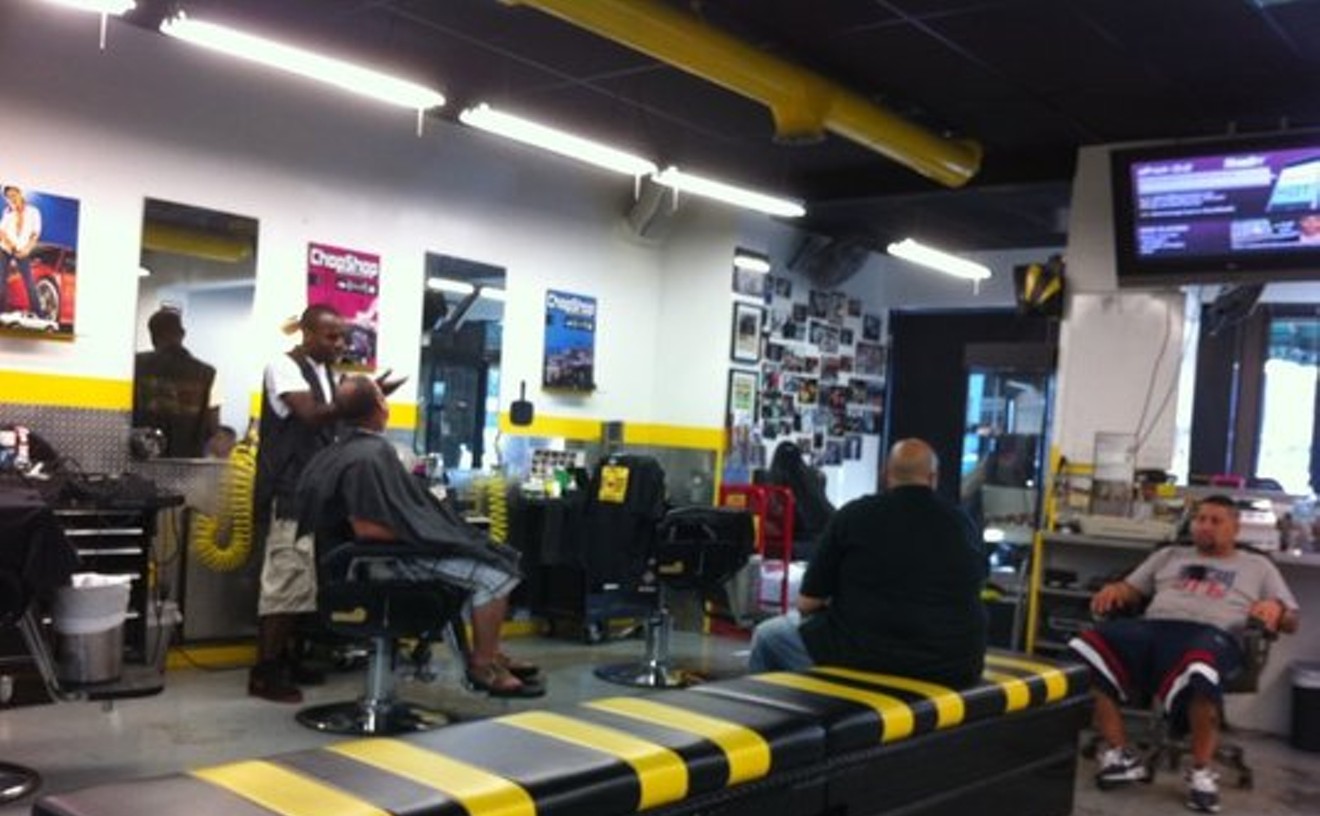 When Amir Youseff and his brother Big Ed decided they were gonna open a barbershop in the 305 two years ago, the New Jersey natives banked on a name that would bring instant brand recognition. So they created the Chop Shop, a men's hair- and beard-trimming spot that incorporates the look and feel of an automobile body shop, where the employees treat your mane like it was a tricked-out 1966 Chevy Impala, giving it the finest touchups a sweet ride deserves. Customers lounge in leather bucket racecar seats while they wait. Industrial-size Craftsman tool boxes replace traditional barber counters. Faux body shop garage doors in the rear of the space add a final touch to the motif. "We pay a lot of attention to detail," Youseff says. "We try to make our shop as comfortable as possible for the client." Today, the Chop Shop is a hustling, bustling spot where celebrities such as former NBA star Anfernee "Penny" Hardaway, rock star Lenny Kravitz, boxer Shannon Briggs, and hip-hop music video director Gil Green have stopped in to get a cut. But don't let the star-studded photos on the wall intimidate you. There is nothing pretentious about this place. All customers get the same love as celebs: The wall facing the "Wall of Fame" is crowded with Polaroids of the everyday joes who frequent the Chop Shop. Explains Youseff: "We want the regular guy to be treated the same way."

Best Place to Take Tykes for a Haircut

If you've ever had to hold down a squirming, screaming child for a trim, Kids or Not is the place for you. The salon offers a fun environment for kids' haircuts: Children sit in toy racecars while kid-friendly stylists cut and style their hair. It also offers nail painting, hair accessories, and birthday parties in a "Princess" section of the shop. Kids or Not, which also caters to adults, aims to make haircuts an exciting experience rather than a dreaded chore. 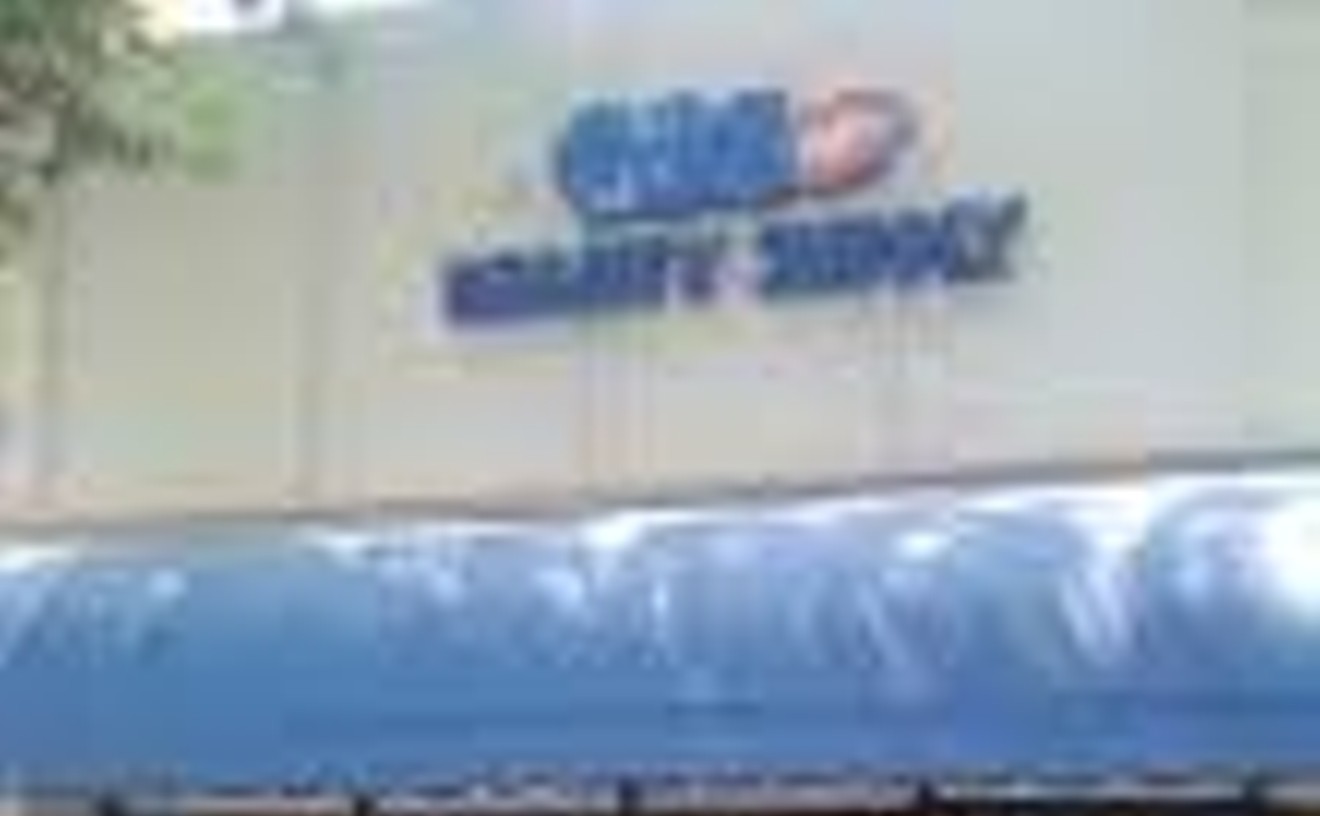 Once upon a time, there was a little princess born with a wild mess of thick, coily locks. As she grew up, all of the pretty, fair-haired maidens in the kingdom laughed and pointed at her. Some yelled, "Rat's nest!" and threw bottles of straightening gel at her head. Fearing she'd never find a prince, she spent hundreds of dollars on irons and smoothing products. Then, one day, she stumbled into GBS Salon in Coral Gables. There a friendly effeminate Cuban stylist convinced her he could magically transform her kinky straggles. He explained he had been trained just for the occasion — that he'd studied the DevaCut (created by celebrity stylist Lorraine Massey, author of Curly Girl). So the princess felt safe as he dry-cut her mop, thinning each spiral individually into a shapely sculpture. Afterward, she looked in the mirror and — poof — a flowing stream of shiny curls sat obediently at her shoulders. She paid him $80, tipped well, and was out the door before he could ask, "Want to hunt for princes together?" 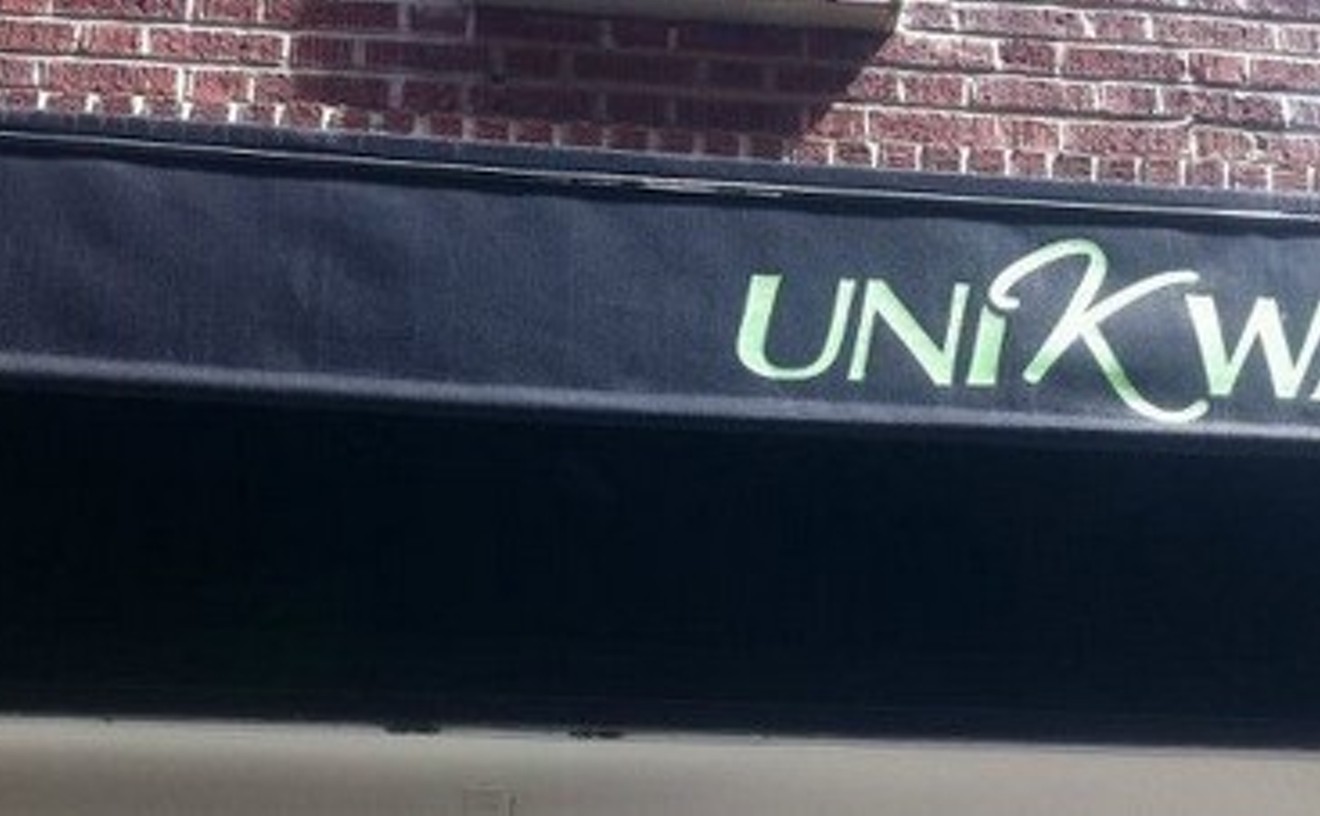 Ever since the ancient Egyptians discovered that a unibrow limited one's dates, both men and women have been torturing themselves to achieve smooth, hairless skin. With multiple locations across town, Uni.K.Wax has been keeping South Floridians baby-ass smooth the past 15 years by using their patented green herbal wax that makes the process pain-free. Even if you aspire to be as supple to the stroke as Dr. Evil's wrinkled pussy, Mr. Bigglesworth, these folks can lay waste to your follicles head to toe, but their eyebrow treatment is fast and only $16.