Spectate and study as much as you like, but only a player truly knows the game. And Kim Bokamper — former first-round NFL draft pick, Dolphins linebacker from 1977 to 1985, and Pro Bowler — is a man with a surplus of on-field experience. So it was simple logic that led him, following retirement, to step into a new life as a talking head. But where many ex-athletes flounder, Bokamper has consistently translated his deep understanding of pro sports into quality airtime. Throughout the '90s, he put in time as a radio host, Dolphins pre- and post-game personality, and Channel 33 football analyst before finally graduating to local TV news. Now, reporting five days a week for CBS4 in addition to anchoring the station's Sunday Night Sports Wrap, Bokamper continues to demonstrate the kind of niche knowledge, curiosity, and range that's needed to go one-on-one with Tony Sparano, talk mixed martial arts, or honor Dan Marino's late father. Plus, if all of that's not enough proof, KimBo also has the expert testimony of Don King: "You the greatest sportscaster in the world!"

Two words: Paula Deen. The lovable Georgia peach, butter lover, and Food Network über-personality lost her pants at this year's South Beach Wine & Food Festival, and the whole world watched. Nearly 600,000 curious people took to YouTube to view the footage, shot by New Times videographer Jacob Katel. Sauntering across the stage as her drawstring slacks slid down her thighs, Deen attracted even more attention to the weekend that unites foodies and chefs from around the world. But this festival doesn't need middle-age arse to sell tickets. Even with recession-unfriendly prices, it's easily one of the nation's most significant culinary events. This year, luminaries such as the King and Queen of Spain were honored, celebrity chefs Mario Batali and Bobby Flay held up-close-and-personal cooking exhibitions, and Paula — oh, Paula. What started out as a small fete to celebrate local cuisine has blown up to become the only place to get your grub on for an entire weekend at the end of February. Bring your own fork, optional.

Yeah, y'all know him. He's Miami's ole-school pimp. The one with the limp. It's that Cuban-American chico, DJ Laz. The 37-year-old music producer and morning radio-show host has been representing the 305's signature booty bass sound since 1990, when it first busted out on the scene. Like the Miami Dolphins, DJ Laz is a venerable franchise, maintaining a steady level of success throughout his career, even if his Latin-infused 808-heavy tracks will never garner critical acclaim. He has also been a main fixture at Power 96 for the past two decades, from his days throwing it down on the turntables for rush-hour music mixes to his current gig hosting the radio station's morning show. But local superstardom hasn't gone to Lazaro Mendez's head. That's because he understands what it's like to overcome adversity. Laz was born with a disabling muscular disorder in his legs that required 17 surgeries. Every year, he hosts a marathon session in which he regularly raises more than $50,000 for Radio Lollipop, a nonprofit children's agency. This past January, he raised a separate $50,000 in just five hours to help a couple pay for the funeral services of their three children killed in a car accident. His ability to raise tens of thousands of dollars for charitable causes from his listeners is a testament to Laz's popularity and his adoration for the citizens of his hometown.

As one of Miami's most influential African-American leaders, Bishop Victor T. Curry has his hands full promoting the interests of his flock and tending to his parochial empire. However, he still sets aside time every day to directly interact with his followers as host of the Morning Glory Show, weekdays 6 to 10 a.m. on WMBM-AM. What you really want to catch, though, is Tuesday Talk, which airs at 9:30 a.m. (and again at 9 p.m. every Tuesday). Here is where Bishop Curry really shines, whether he's tackling civil rights, the role of women, or minority politics, among many fun and controversial topics. You don't necessarily have to be a believer, because much of the advice and most of the arguments are universal, but don't be surprised if you start to fall under the spell of this charismatic shepherd. 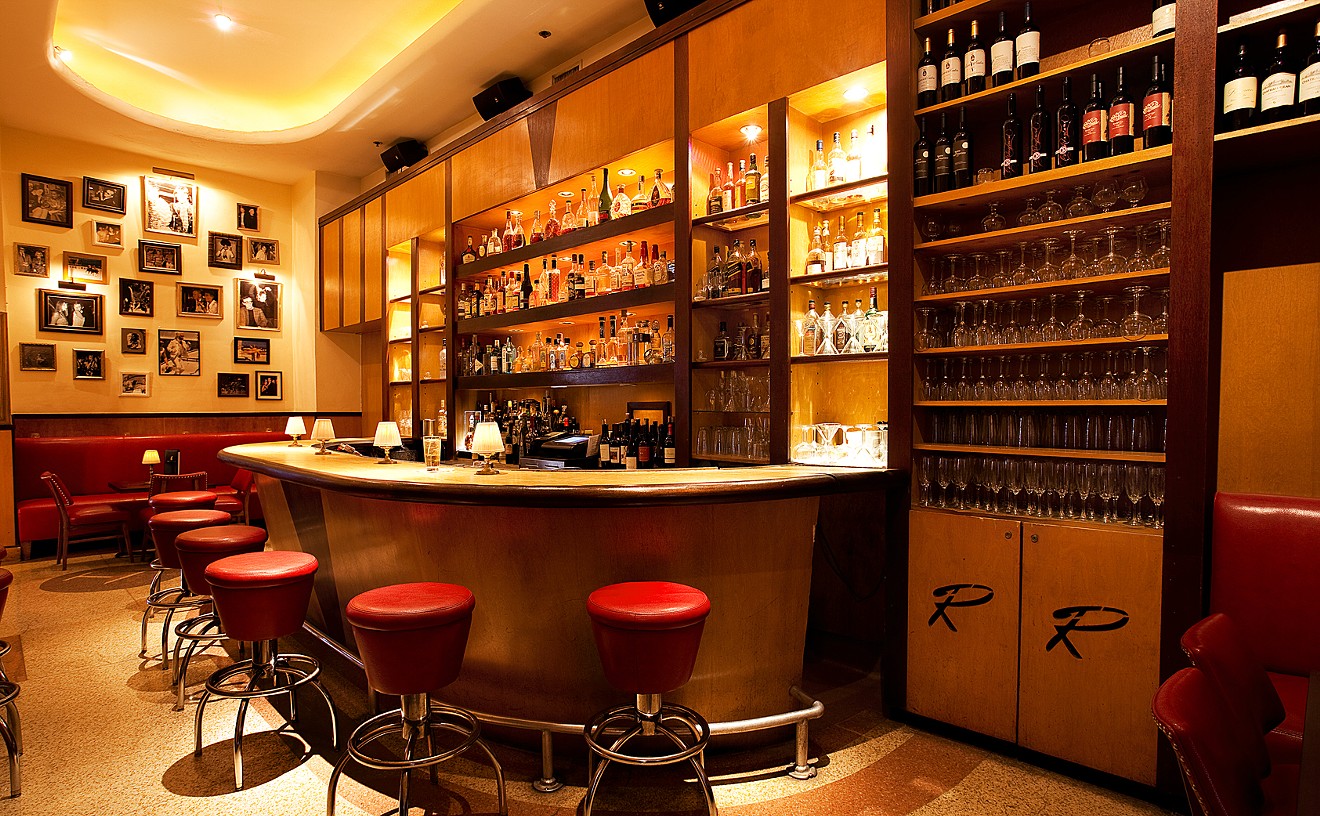 We don't know about you, but whenever we see porky-pie singer Beth Ditto take the stage, we can't help but get all wet with glee. So when we heard the powerhouse vocalist and her band the Gossip were headlining Deitch Projects Art Basel Miami 2008's opening bash, we made sure to plop ourselves on one of the chaises at the Raleigh Hotel's beachside patio to catch the show. And we certainly were not disappointed. The storied Art Deco hotel was packed with scenesters, hipsters, art lovers, and Miami's glitterati for an unbelievable performance under a breezy and clear moonlit night sky. It was so much fun that no one cared about paying $20 for one tumbler of Grey Goose and club soda (it helped that no matter where you turned, some serious chronic smoke was being blown in your face). The Gossip, along with drag king act the Kingpins, played against an artistic backdrop constructed out of fashion, protest, rock 'n' roll, and corporate T-shirts sewn together to create a tapestry of quotes. The party reached its crescendo when just about everyone rushed the stage for the Gossip's final set. Days later, YouTube videos captured the frenetic finale as the band played on despite a crush of fans dancing, bobbing, and jumping around Ditto, who looked absolutely fabulous in a shiny gold ensemble and gold-beaded braids.

With the city's constant influx and departure of nightclubs and promoters, it's difficult to keep up with the fast-paced scene. In comes Talk Nightlife, which broke off from rival CoolJunkie when former site partner Ryan Porter and forum moderator Dan Vidal joined forces. Though Talk Nightlife's guide can tell you where to go any given night, the forums are what keep this site interesting. In them, you'll find a community of South Florida night owls spilling the secrets that nightclubs would rather keep. Vidal and Porter, who post as "pod" and "techjunkie," respectively, give users free will to dish on everything from Louis Puig's company emails to Opium Group's code violations. It's these "super-enthusiasts," as Vidal likes to call them, who fuel the site's juicy content and keep readers coming back for more.

Your guests will demand to see South Beach and Little Havana. There is — as yet — no known way to get out of this horrific chore, but day three is always host's choice, so why not take your charges someplace that would have been first on the list had they known about it? The Miccosukee Indian Village is just a short ride down the Tamiami Trail into the heart of the Everglades. For only $8, your guests will get acquainted with Miccosukee culture, history, and arts, while you enjoy some good, old-fashioned gator wrestling. Afterward, chomp on frogs' legs and fry bread or standard American fare at the adjacent restaurant. The fun doesn't end there. Be sure to look like Mr. Bigshot by offering to pay for an airboat ride too. (At $10 per person, that's way less than a cocktail in SoBe.) Before you leave, though, encourage your guests to peruse the gift shop for the finest in Miccosukee textiles and other tribal crafts. The village closes to visitors at 4:30 p.m., which means you have plenty of time to drop in at the Miccosukee casino (500 SW 177th Ave., Miami) on your way home.

What happens out in the Glades... well, ends up in South Florida's faucets and sewers. Following the ups and downs of the water table that feeds Miami is key to understanding bizarre concepts such as "why you still can't legally water your lawn even though it's been raining for a month straight." While at first glance, this site might seem extremely dry, the journal is occasionally poetic, often funny, and always charming in its presentation of the watery world. It tackles all subjects on multiple levels, so everyone can understand the science on their own terms. The blog is also chock full of graphs and images, both the highly illustrative and the simply beautiful. When not directly addressing the rain-to-tap-to-ocean cycle, the blog looks at tangentially important aspects such as weather prognostication for Super Bowl Sunday, pigging out at food festivals, and the existence of skunk apes.

Best Sanctuary from the Fast Track

Ponzi scheme got you down? Go to Hell. Hell's Bay Chickee wildlife adventure campsite in the Everglades, that is. It's part of the 99-mile "Wilderness Water Trail" between Chokoloskee and Flamingo. The only way to get there is to paddle — no motors allowed. From Flamingo, it's an eight-mile "one way in-and-out" Hell's Bay canoe trail marked by more than 160 white PVC pipes that'll challenge your navigation skills as you traverse maze-like turns through mangrove tunnels before arriving at the open waters of Hell's Bay. Float up to your back-country chickee and hoist yourself up to the roofed, open wooden platform on stilts where you'll be sleeping. No fires are allowed, so bring a portable stove if you wanna cook. Now sit back and relax; you're in the middle of nowhere and your phone can't get a signal. The frogs croak, the birds squawk, the water ripples with fish and gators, and you can feel all the trivial pursuits melt away as you focus on the elements of survival. You'll want to make this trip between December and April; otherwise, the heat and mosquitoes will either kill you or drive you crazy. A camping permit is required and costs $10 to process and $2 a day per person (though it's free May through November, probably because of that heat and those skeeters). You can rent a canoe at the Flamingo Visitor Center, but if you wanna go to Hell's Bay, you have to BYOB (bring your own boat). Yes, the trip will literally take you to Hell and back, but at least you'll get some peace of mind along the way. 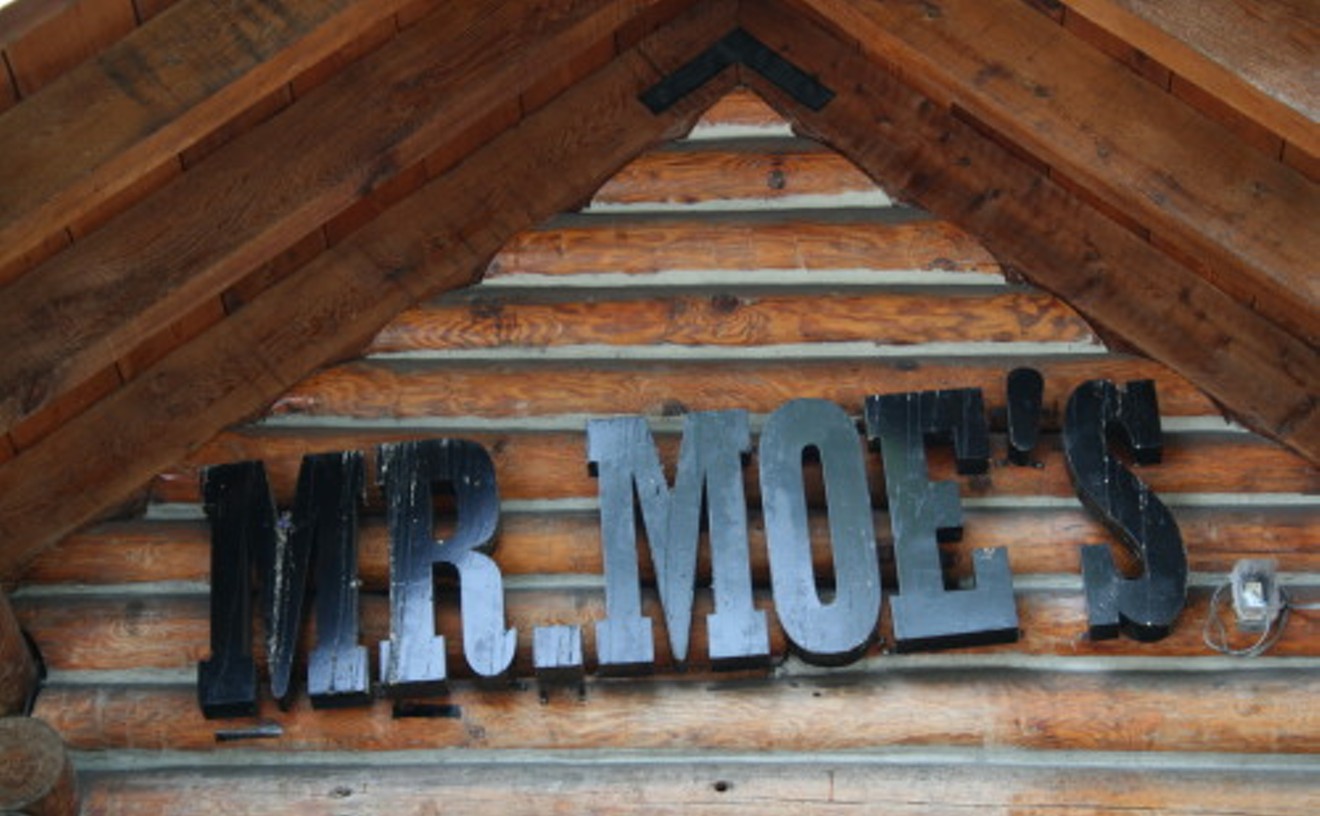 Mere blocks from the dark heart of CocoWalk's most touristy trappings, Mr. Moe's is probably the last place you'd imagine fishing for your dinner. Yet there, wedged alongside the other arcade consoles, such as Galaga and Pac-Man, is a highly unconventional crane game called "The Lobster Zone." Feed the machine two beer-soaked singles and the challenge is on. But rather than trying to pluck some plush toy from an overflowing prize pit, you've got exactly 60 seconds to snag one of seven live crustaceans wading in the saltwater tank. Remember though, no matter how lazy those little guys seem at first, they really come alive when that mechanical claw goes grabbing for them. So stay laser-focused because, if you succeed, Moe's kitchen will prepare your catch and serve the spread — with corn and coleslaw — at one of their winners-only picnic tables. However, if you fail on the first try, just spring for a few extra attempts. A lobster for the cost of a pint is still super-cheap.