Leku Opens in Allappatah With a Menu of Basque Flavors 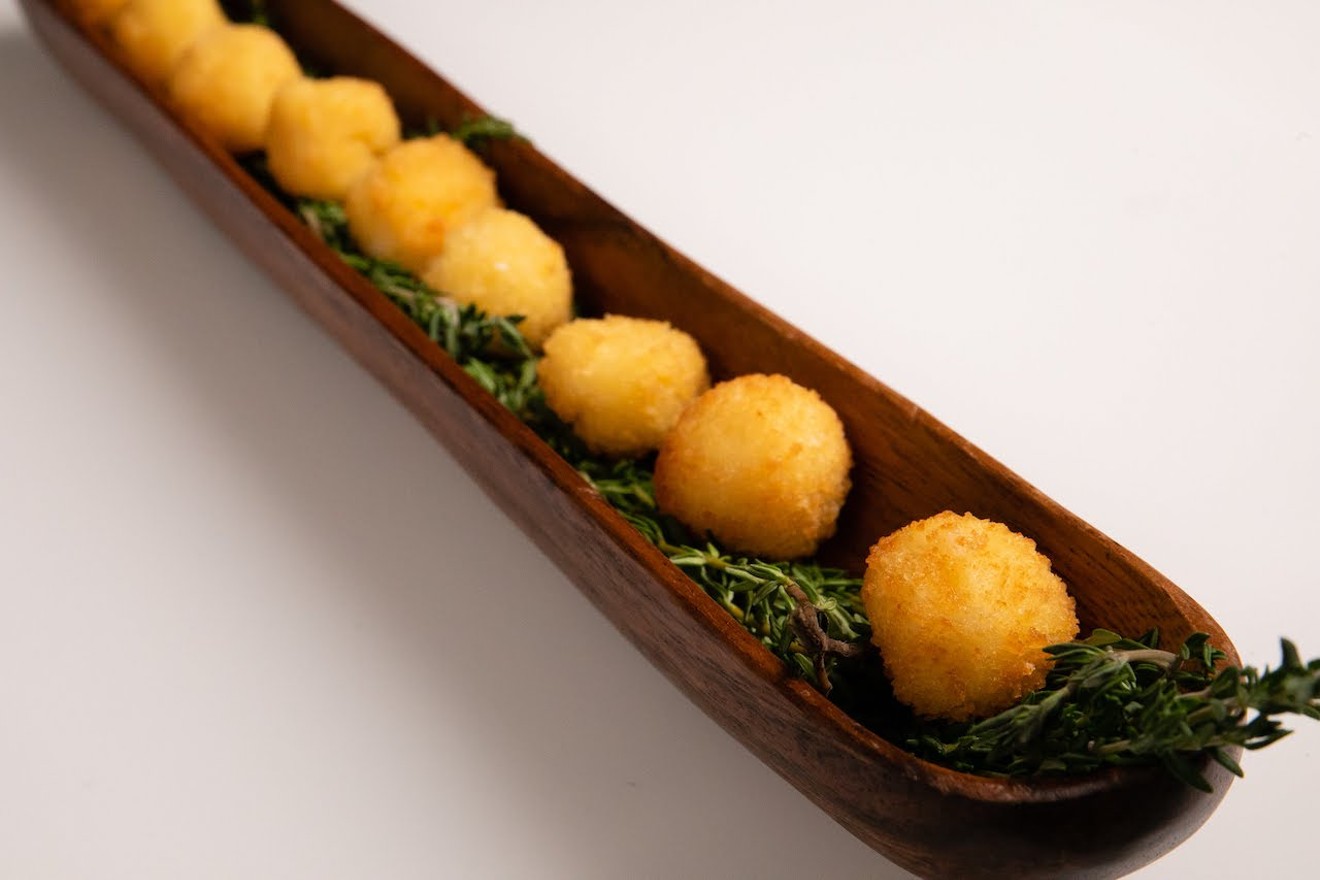 Croquetas at Leku Photo by David Sanchez
Mikel Goikolea says it's impossible to talk Basque country and not talk food.

"Food is at the heart of our culture," says the 30-year-old chef. "It frames our family meetings, our social life. Big decisions are made around the dinner table."

But there's more to his home country's cuisine than cultural significance. An autonomous community with its own ancient dialect nestled in northern Spain, just below France's southern border, the Basque region boasts nearly 40 Michelin-starred restaurants.

Since July 1, Goikolea has been showcasing his native gastronomy at Leku, the restaurant at the new Rubell Museum in Miami’s Allapattah neighborhood. The museum opened this past December after a 16-year run at its former location in Wynwood. The new location is made up of six industrial buildings, which include a 53,000-square-foot gallery space, a restaurant, a bookstore, and other creative areas.

Goikolea and chef de cuisine Aitor Garate Berasaluze met while working at the three-Michelin-star restaurant Azurmendi Pret a Porter in Vizcaya, Spain. Their goal with the new restaurant, says Goikolea, is to ride the line between familiar and adventurous.

"Our professional background is in molecular cuisine, but before that we learned from our families how to cook traditional food with a lot of love," he says. "The foundation is always simple. We carefully combine fresh ingredients to create a balance of favors. Everything must be cooked at the right temperature, everything needs to be on point. Then we elevate dishes with different textures and colors to activate the senses."

Located on the ground floor of the museum, which opens onto a courtyard garden, Leku was designed to complement its art-forward venue. In the main dining room, wallpaper frames a décor composed of French bistro marble and cast-iron tables, mid-century style chairs, and a vibrant green tufted-velvet bistro banquette. A colorful piece of art, loaned by the Rubell family, hangs behind the bar. 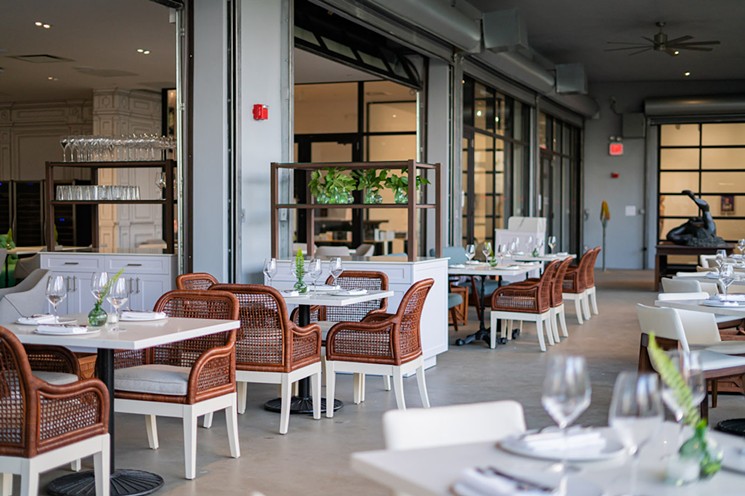 Leku's outdoor patio
Photo by Brigitte Schambon
The patio has a laid-back vibe of white tables and wicker chairs, and the courtyard will soon have as its centerpiece a Basque grill that will turn out wood-fired preparations made with milk-fed lamb, organic beef tomahawk chops, Maine lobster, and vegetables, served family-style. The outdoor bar will serve a menu of pintxos, the Basque version of tapas.

Since its opening, Leku is operating as a pop-up, offering a limited summer menu, which opens up with appetizers of beet tartare topped with olive-oil caviar ($11), traditional octopus served Galician-style ($18), and Cinco Jotas Iberico ham croquetas ($15).

Entrées offer a choice of paellas made with wild mushrooms ($19) or seafood ($23), a whole branzino ($39), and a braised Cornish hen salad served with beluga lentils and pickled vegetables ($19). The full slate of offerings, ranging in price from $18 to 40, will roll out in September and includes porrusalda, a traditional Basque leek-and-potato soup; sea bass with hollandaise and arugula gelée; and soupy rice with clams.

The beverage list includes wine and beer, as well as cocktails such as a Miami Spritz — a mix of rum, mint, roasted pineapple, Angostura bitters, and bubbles ($15); and Summer Collins — a concoction of Sipsmith gin, Chinola passionfruit liqueur, lemon, and club soda ($14).

Leku at the Rubell Museum. 1100 NW 23rd St., Miami; lekumiami.com. Pop-up open Wednesday through Sunday 11:30 a.m. to 3:30 p.m.
KEEP MIAMI NEW TIMES FREE... Since we started Miami New Times, it has been defined as the free, independent voice of Miami, and we'd like to keep it that way. With local media under siege, it's more important than ever for us to rally support behind funding our local journalism. You can help by participating in our "I Support" program, allowing us to keep offering readers access to our incisive coverage of local news, food and culture with no paywalls.
Make a one-time donation today for as little as $1.
Juliana Accioly
Contact: Juliana Accioly