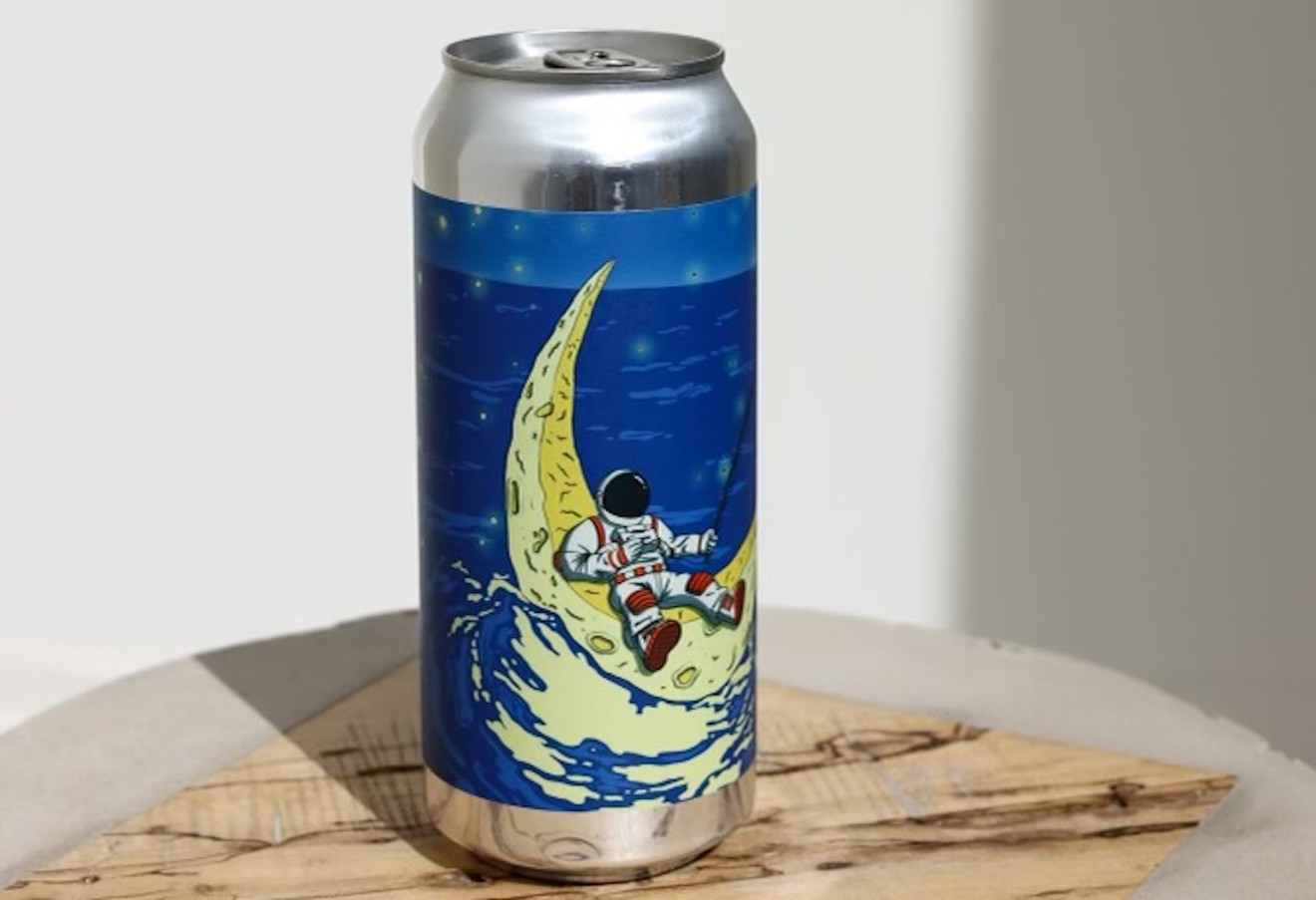 The business partners tell New Times they recently signed a deal to take over the 6,000-square-foot brewery space formerly home to Khoffner Brewery inside the city's expanding Sistrunk Complex.

Later this year, Sistrunk Marketplace will offer guests a taproom experience for Dream State, a brand that has spent the past two years collaborating with and pouring beer for numerous local and out-of-state craft beer festivals and events. The brand is also in distribution nationally including New York, Delaware, Maryland, Pennsylvania, Indiana, and Georgia.

Both hailing from New York, Rivera and Lombardozzi tell New Times they met through mutual friends in the industry. Over time, they decided to unite their shared dream of owning and operating a brewery in South Florida.

"There are so many good breweries in Florida. My goal is to let everyone know this has become a destination state for craft beer," says Rivera. "After years of planning, it's incredible to finally see this happening. That's really what Dream State is all about — the crazy stuff you can accomplish if you never stop dreaming."

For Lombardozzi, who also brings experience as a former BurgerFi franchisee, the goal is also to create a community of beer lovers with a sense of purpose.

With Dream State, the duo says they hope to create a craft beer destination that offers patrons a sense of culture and community engagement backed by a solid philanthropical focus.

"For us, it's not just about beer. It's also about the culture we hope to create," says Lombardozzi. "A big part of what we want to do here is focused on giving back. We're really excited to get involved with a number of local and national nonprofits, with the idea of making a positive impact through the community's engagement with the brewery."

In addition to beer, Dream State creative director Kevin Schuenzel will be producing a line of branded merchandise and apparel, much of it showcasing the brand's astronaut-themed mascot. The curated collection will be sold in limited runs and released alongside exclusive beers featuring Schuenzel's artwork.

The Dream State bar and taproom debut is set for mid-November, and the duo hopes to begin producing beer using Sistrunk's existing 20-barrel system by early next year. Although draft offerings will be rotating constantly, expect to find the brand's two flagships available at all times. They include an easy-drinking pilsner dubbed "Moonlight" and a double IPA called "Sunshine Cowboy."

For now, the market’s taproom space and ten-seat bar will soon offer guests 32 taps that will pour Dream State beer currently produced offsite — a lineup that covers a full range of styles including IPAs, lagers, pilsners, fruited sours, and stouts — alongside a rotating selection of local and out-of-state beers.

"In addition, guests have the entire market full of local vendors," adds Lombardozzi, who hopes to plan monthly beer dinners with market restaurants in the near future. "For us, the number one problem when visiting other breweries was always that we had to leave to eat. This location solves that problem." 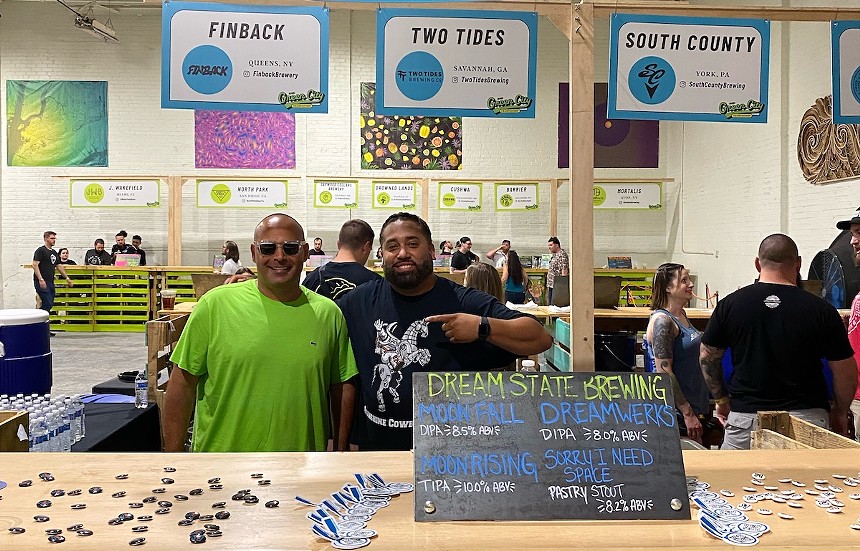 Since its 2020 opening amid the pandemic, D'Apuzzo said he's been eager to activate the market's "experiential" potential — a schedule of events that includes cooking and cocktail classes, collaborations, and pairing dinners.

"We're finally working toward what I always envisioned this food hall becoming, as both a platform for chefs and entrepreneurs to share their passion and creativity, as well as a place for people to come and have interactive experiences," said D'Apuzzo.

That growth is evident with the launch of Sistrunk Station earlier this month. The adjoined extension nearly doubled the market's footprint with an additional 42,000 square feet, now home to Shady Distillery, flex office space, and Flagler Village CrossFit.

The launch of Sistrunk Station also serves to highlight the evolution of the food hall through its expansion from 11 to 13 kiosks, adds D'Apuzzo, which includes five new food vendors. They include Crunly Churros; Made in Italy (a pizza staple in Wynwood); Mari's Kitchen (Italian cuisine); local Fort Lauderdale favorite, Henry's Sandwiches; the winner of the Sistrunk Market's Fired-Up competition; Island Made (Caribbean cuisine); and the official launch of the first Atmos Immersive Dining Experience in the United States.

"There were more established breweries interested in this space, but Dream State's vision really aligned with the mission and goals for what I hoped this complex could be — a place for people who want to collaborate, think outside the box, and build a brand," said D'Apuzzo. "It's such a breath of fresh air to have people of like minds creating a brand alongside ours."

"Our goal is to make Sistrunk Marketplace and Dream State the craft beer destination for South Florida," sums up Lombardozzi. "We're excited to share some of the best beers South Florida has ever seen, and become a part of the community."

Dream State Brewing at Sistrunk Marketplace. 115 NW Sixth St., Fort Lauderdale; instagram.com/dreamstatebrewing. Opening November 2022.
KEEP MIAMI NEW TIMES FREE... Since we started Miami New Times, it has been defined as the free, independent voice of Miami, and we'd like to keep it that way. With local media under siege, it's more important than ever for us to rally support behind funding our local journalism. You can help by participating in our "I Support" program, allowing us to keep offering readers access to our incisive coverage of local news, food and culture with no paywalls.
Make a one-time donation today for as little as $1.