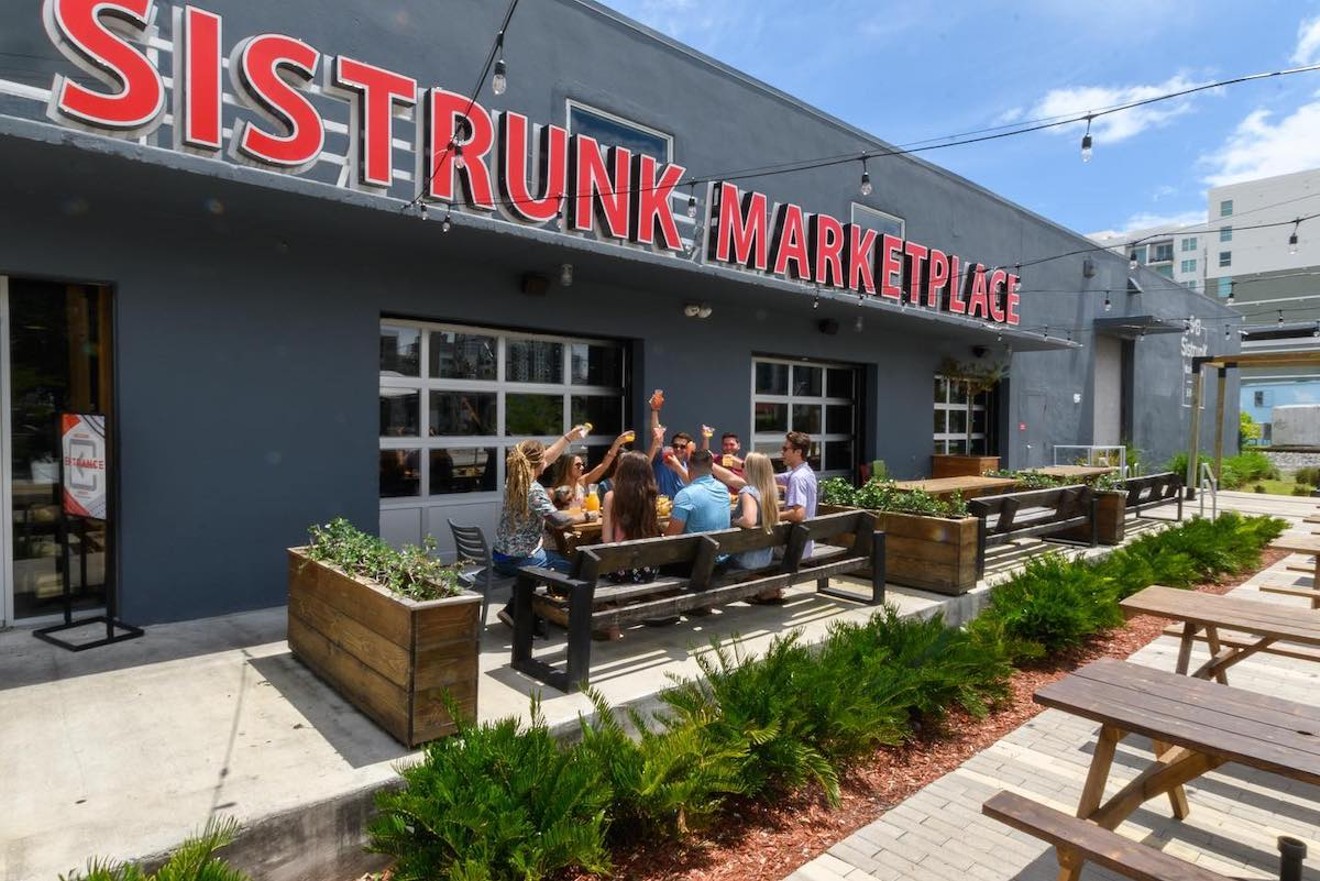 Sistrunk Marketplace will host the live portion of its Fired-Up competition this week to find the food hall's newest vendor. Photo courtesy of Society 8 Hospitality
This week, 20 local chefs will compete for a chance to launch their concept inside Fort Lauderdale’s Sistrunk Marketplace & Brewery.

Earlier this month, chefs were invited to submit their ideas for a buzzworthy concept to participate in the Sistrunk Marketplace’s Fired-Up Competition.

This week, Society 8 Hospitality — the company that owns Sistrunk Marketplace — will award one lucky chef the tools they need to launch their concept.

According to Society 8 Hospitality founder Steven D’Apuzzo, South Florida has become ground zero for fostering some of the nation’s top culinary talent, and he’s hoping to bring the next star to Fort Lauderdale.

“The idea to create a competition in order to find Sisturnk’s newest vendor is really based on the idea of trying to find that next up-and-coming local talent in South Florida,” D’Apuzzo tells New Times. “In the past, I’ve traveled to other markets to see what would be a good fit for Florida.”

The struggle, however, is leading out-of-state chefs and restaurateurs to expand their brand to unknown markets, he adds.

“Rather than try to convince them to come to us, we decided to put it to the local chefs to see if we can discover the next big idea right here at home, and see if someone has what it takes to be the next hot new food concept.”

The winning concept will receive their own kiosk inside D’Apuzzo’s Fort Lauderdale food hall, an opportunity that will come with one-on-one mentorship from South Florida-based thought leaders in various industries including food, hospitality, marketing, and design. The winner will receive startup funding and assistance with creating a branded space.

“For someone to come in and launch their own kiosk, startup costs can range from $15,000 to $30,000,” says D’Apuzzo. “For the competition, we knew not everyone would come to us with that kind of capital, and we didn’t want money to be a barrier to bringing the winning concept to market.”

Of the more than 30 chefs that submitted applications, 22 chefs were chosen to compete. The first phase of voting took place earlier this month with an online voting segment where the public was given the opportunity to vote for their favorite food concepts.

A winner will be announced on June 2 and is expected to be open and serving by July, says D’Apuzzo.

“What’s most interesting to me is the number of truly unique concepts we received,” sums up D’Apuzzo. “There are a number of different cultural foods represented, as well as fun spins on things we all eat and enjoy regularly. The diversity for this competition has far exceeded my expectations, and I’m excited to welcome the new winner to Sistrunk Marketplace.”

Sistrunk Marketplace. 115 NW Sixth St., Fort Lauderdale; 954-329-2551; sistrunkmarketplace.com.
KEEP MIAMI NEW TIMES FREE... Since we started Miami New Times, it has been defined as the free, independent voice of Miami, and we'd like to keep it that way. With local media under siege, it's more important than ever for us to rally support behind funding our local journalism. You can help by participating in our "I Support" program, allowing us to keep offering readers access to our incisive coverage of local news, food and culture with no paywalls.
Make a one-time donation today for as little as $1.