Donatella Arpaia's Noma Beach at Redfish Is Her Passion Project 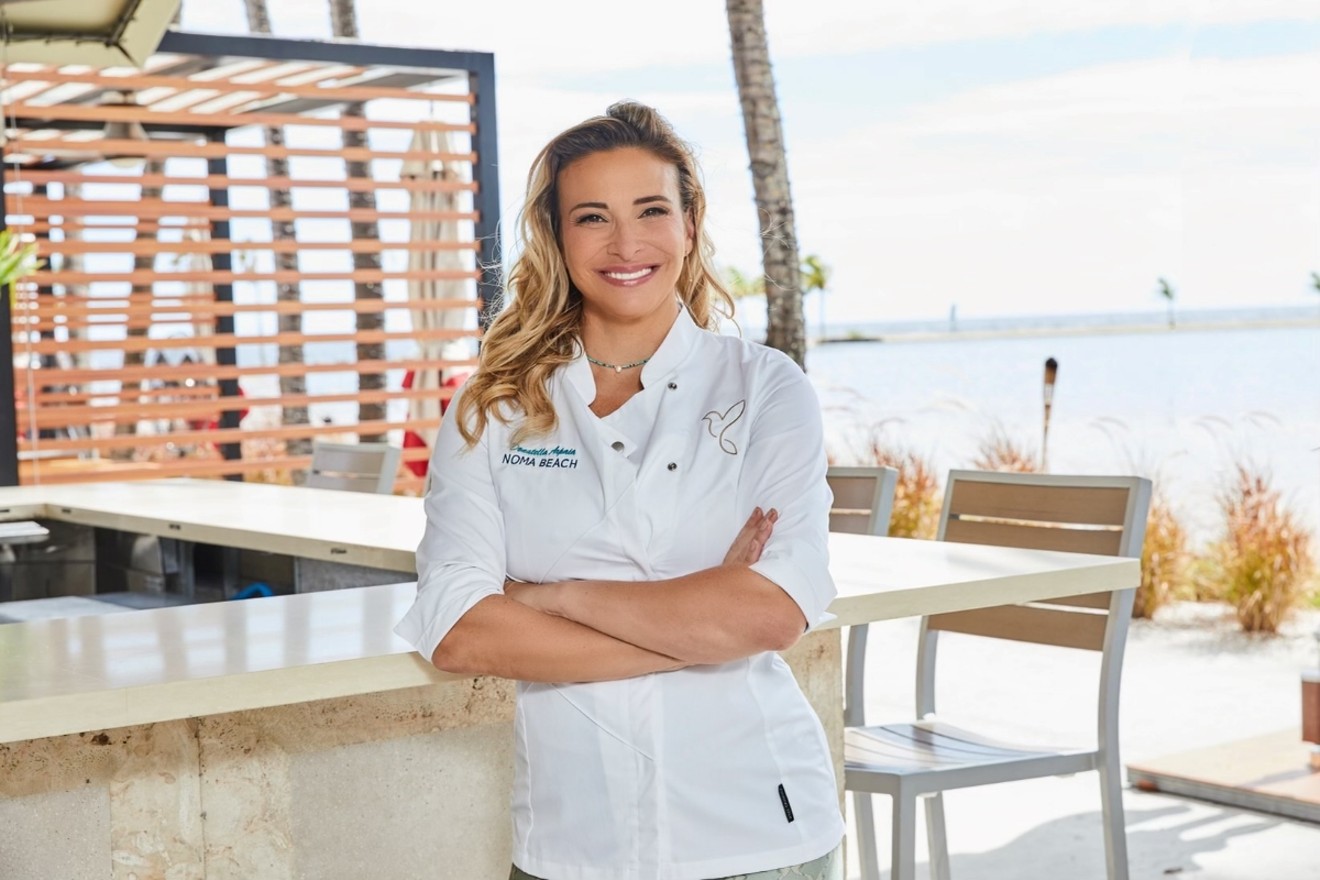 Donatella Arpaia at NOMA Beach at Redfish Photo by Charity Reed
Redfish, the waterfront restaurant located inside Matheson Hammock Park in Coral Gables, has always been a spot beautiful enough for anniversary dinners, birthdays, and even proposals. In 2017, the restaurant suffered extensive damage from Hurricane Irma and remained closed for several years until chef Adrianne Calvo reopened it in 2019.

Now, the restaurant gets a new lease on life when Donatella Arpaia opens Noma Beach at Redfish in mid-November.

Arpaia, a celebrity chef known for her meatballs, relocated to Pinecrest from New York City in 2018. For the past few years, Arpaia has been busy raising her three small children and navigating the pandemic with her husband, a heart surgeon. Arpaia says that these years allowed her to learn Miami. "It was a big move at the time. I was such a diehard New York girl, but I feel like a true Miamian now," she says.

Arpaia wanted to get back into the hospitality industry but had certain stipulations. "For me, it would have to be something close to my house because traffic is a nightmare. And it had to be something that inspires me," she shares.

Arpaia was invited to dine at Redfish and was instantly stunned. "When I saw it, I was like, Oh my gosh, I love this place," she says.

Arpaia partnered with Rodney Barreto to work on the space. Barreto, who serves as both chairman of the Miami Super Bowl Committee and the Florida Fish and Wildlife Conservation Commission, helped Arpaia preserve the integrity of the historic structure while upgrading the kitchen to make it a more functional space. "The kitchen is minuscule, so we divided the inner space to make more room for back-of-the-house operations. It's now 50 percent kitchen," Arpaia explains.

Arpaia is also installing a Wood Stone wood-burning oven outside, which will expand the restaurant's cooking footprint and finish fish and meat dishes.

The chef, who spent her summers in Naples, Italy, growing up, will offer Italian dishes using locally sourced ingredients. "The pastas, the pizzas, the meatballs will all be on the menu. I got a great pasta machine from Italy, and I can't wait to use it," she says. Noma Beach will also serve seafood. "We're looking at the water, so there has to be fresh fish." Arpaia is planning on offering simply made crudo. "You get a good piece of yellowtail and season it with olive oil from Sicily and salt, and it tastes so fresh and clean, you don't need more ingredients."

When Noma Beach opens in just a few weeks, don't be surprised to see the chef there nightly. Arpaia, who has worked at restaurants such as Bellini, David Burke and Donatella, Anthos, Mia Dona, and Kefi, plans to be always present. "I have the knowledge; I'm very passionate about this. Even the name — Noma — is a combination of my twin's names. Noma reflects my life now, and this is a personal restaurant for me."

Arpaia says she's well aware of the challenges of opening a restaurant during the current climate with supply chain issues, high rents, and a pandemic still looming. "Even when something is right, it's difficult. I'm up to the challenge. Plus, I only live a few miles away. The way I see it, I can see my family at the restaurant, and I don't have to cook for them at home."

Noma Beach at Redfish. 9610 Old Cutler Rd., Coral Gables; noma-beach.com.
KEEP MIAMI NEW TIMES FREE... Since we started Miami New Times, it has been defined as the free, independent voice of Miami, and we'd like to keep it that way. With local media under siege, it's more important than ever for us to rally support behind funding our local journalism. You can help by participating in our "I Support" program, allowing us to keep offering readers access to our incisive coverage of local news, food and culture with no paywalls.
Make a one-time donation today for as little as $1.