Paroled O.J. Simpson Says He'll Return to Florida, Where He Seemingly Spiraled Out of Control 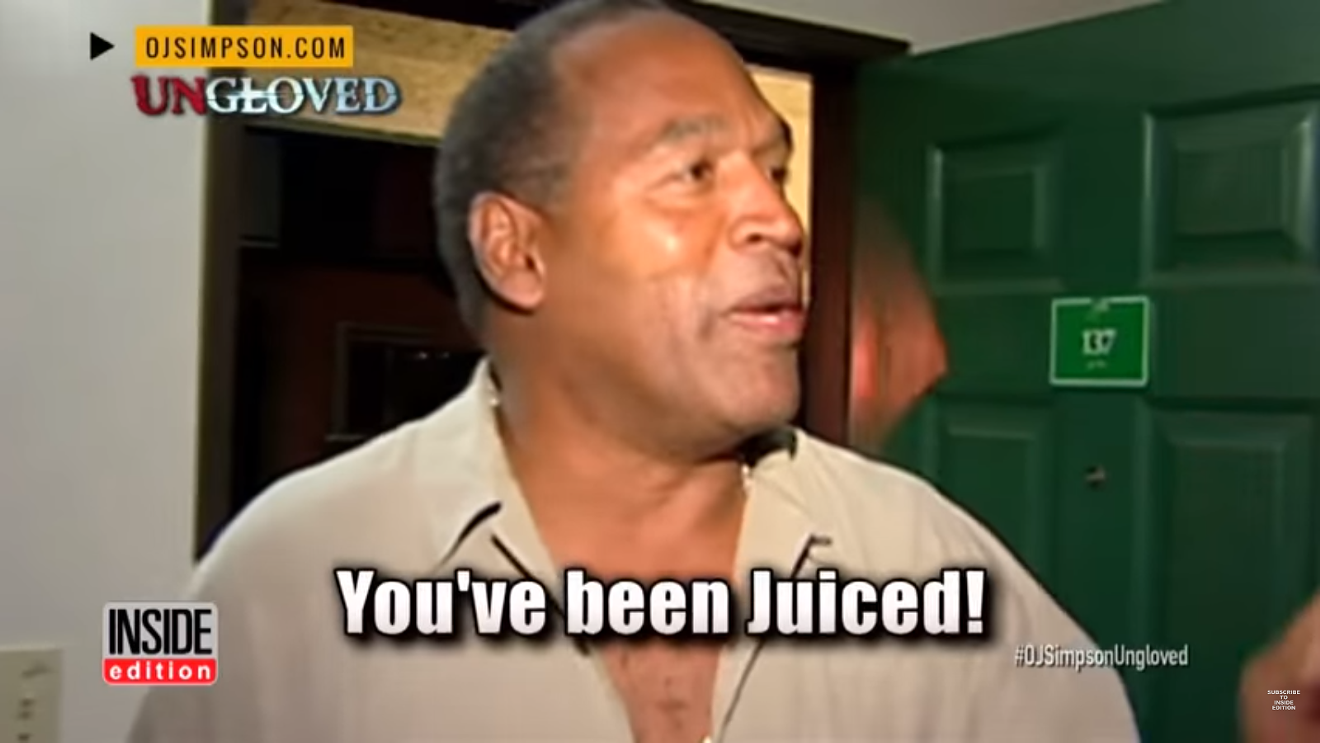 Meme
The last time O.J. Simpson lived in Miami, he allegedly spiraled into drug addiction, had the FBI raid his house, and by most accounts allowed the city's worst impulses to totally consume him. According to the 2016 documentary O.J.: Made in America, the football star-turned-accused murderer sank deep into the Miami nightlife scene, cavorting with women at local clubs and — according to 2002 FBI documents — even living with a drug dealer inside his home.

Today, a Nevada parole board announced that Simpson is going to be let out of prison, after serving nine years of a 33-year sentence for armed robbery and kidnapping. During the parole hearing, Simpson said he'd return to Florida.

“I could easily stay in Nevada but I don’t think you guys want me here," Simpson said during today's hearing, after the parole board said he'd applied to live with his family in Florida. Citing Simpson's lack of prior convictions (that, uh, perhaps glosses over something big) and his good behavior while in custody, the Nevada Board of Parole granted Simpson's release.

He was convicted of armed robbery in 2008 after he infamously hired armed men to break into two Las Vegas sports memorabilia stores to take back autographed footballs and other items he said had been stolen from him in previous years.


Video: OJ Simpson granted parole. Wants to live in Florida. Here's his reaction as he leaves the hearing. @CBS12 pic.twitter.com/SXzzAoYIt6

But it's maybe not great news for Simpson and the Nevada parole board that he's returning to Florida, given how he handled himself at his home in Kendall before he was arrested. Simpson's time in Miami was clearly the low point of his post-murder-trial life: According to multiple accounts, he was a wreck of a man then, chasing fame at any opportunity and battling repeated accusations of drug abuse.

Simpson moved to a $575,000, three-bedroom home in Kendall with his children at the tail end of the 1990s. As one might expect with the world's most famous person-acquitted-of-murder, O.J. became a magnet for controversy: He was arrested on road-rage charges for ripping the glasses off a motorist in February 2001, but was ultimately acquitted. And in June of that same year, the FBI raided his house, alleging it was tied to an ecstasy ring, but found nothing. According to the FBI, the feds had been tapping the phones of a Miami drug ring, and Simpson's name was mentioned repeatedly. They found no drugs at the house.

In 2002, he was cited for illegally boating in a manatee zone, and in 2005 was fined $25,000 for illegally pirating DirecTV channels to his house.

That same year, Simpson told the New York Post about his life in South Beach — and admitted that he accepted free drugs from strangers all the time:


"You can't go to the bathrooms in [South Beach] clubs without somebody saying, 'Juice, you want a hit?' You always get people handing you something. It might be a line of coke with a phone number [in case] you want more,"

“[One] night, it was just pervasive. [So] you take it, put it in your pocket, drive home. Next day, I wake up and look over next to my bed. I had two things I assume were ecstasy pills, a couple of things I assume were cocaine, and one little package of pot. All of them had phone numbers on them. All I could think was, If I got stopped by the cops drivin’ home and told them I didn’t know that was in my pocket, who’s gonna believe that? Only way to avoid it is I don’t go to South Beach anymore!”

The ESPN Made in America documentary showed the city of Miami basically consuming Simpson — clips showed him hanging in seedy South Beach clubs and embracing the paparazzi.

In 2007, New Times writer Francisco Alvarado recounted running into Simpson and a coven of yes-men at a club called Christabelle's Quarter in Coconut Grove:


Even by Miami’s faux decadent standards, the décor was a gaudy recreation of a low rent Moulin Rouge. Then I beheld a sight more heinous than the Juda’s Cradle, the Whirligig and the Iron Maiden: Miami’s King Nero: Yes, O.J. Simpson was in the house.

The Juice was splayed out on an opulent chaise lounge. He was surrounded by scores of well-wishers and lithe beauties who paid Nordberg homage by buying him drinks and snapping photographs with him.

It was really nice to see that Ronald Goldman’s family’s efforts to collect their money doesn’t get in the way of Simpson’s partying, but can someone please explain Miami’s fascination with the most infamous accused ex-wife murderer?

In the meantime, Simpson flew from Miami to Los Angeles and Las Vegas to film a failed reality TV show, called Juiced, in which he sprung pranks on unwitting strangers who clearly forced themselves to laugh out of fear they'd be stabbed. In clips of the straight-to-DVD hour of reality TV, Simpson dressed up in whiteface, sold bags of oranges on the street as a fake homeless person, delivered pizzas, and even tried to sell someone at a used car lot a white Ford Bronco.

"It has great escapability," Simpson mugged to the camera.

In 2012, after Simpson went away to prison for armed robbery, his Kendall home was foreclosed — and PETA unsuccessfully tried to turn the property into a vegetarian museum.