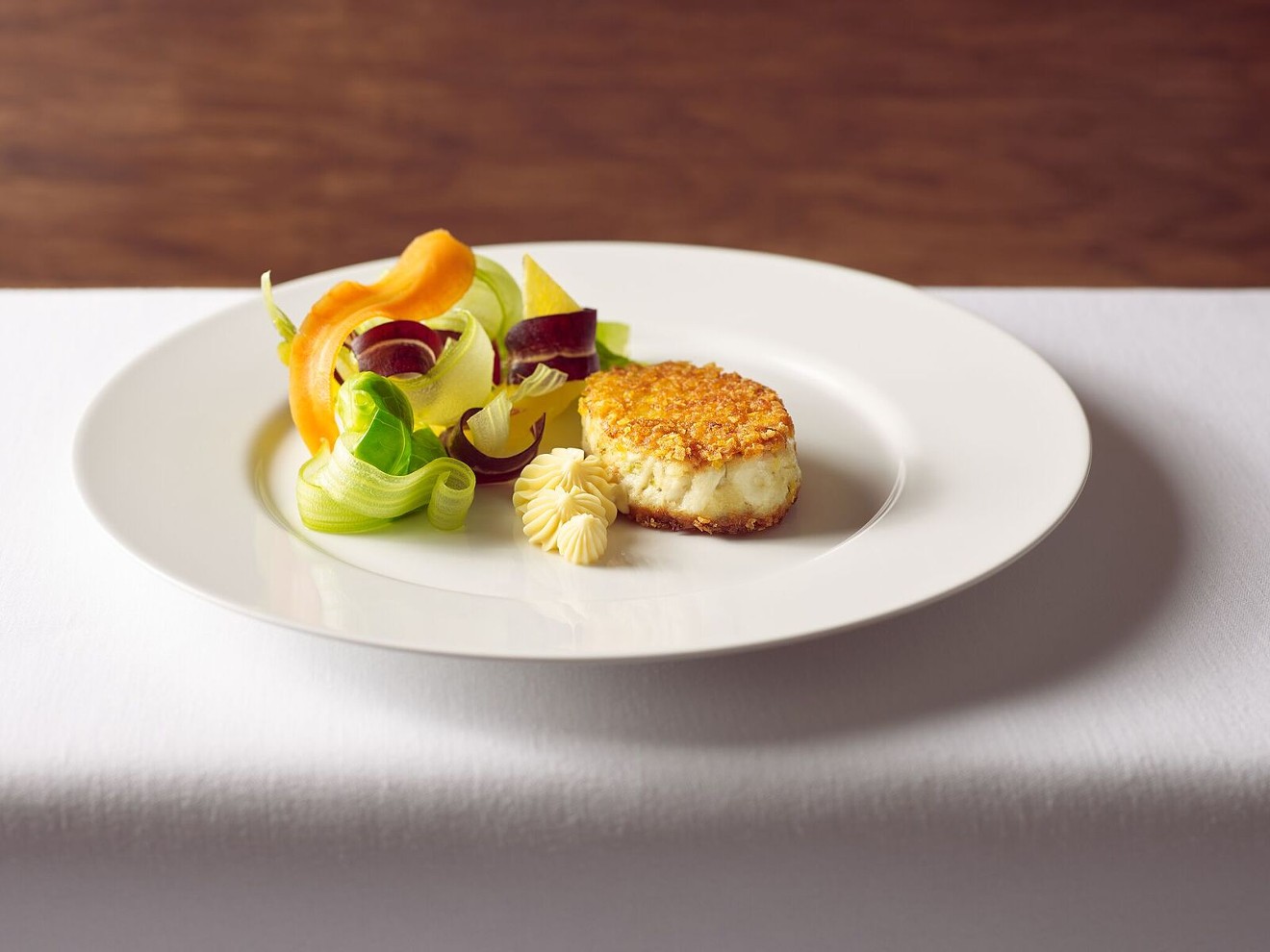 Unlike Keller's The French Laundry in Napa Valley or Per Se in New York City, the Surf Club Restaurant will offer a warmer and slightly less formal atmosphere. It will pay homage to the property's storied past, outfitted with blue and coral hues, art deco–inspired chandeliers, a beaded ceiling, and terrazzo floors.

Nearly 90 years ago, the Surf Club opened on New Year's Eve in 1930 and became famous for its notable clientele, from the Rat Pack and Winston Churchill to Pulitzer-winning playwright Tennessee Williams. Stretching across more than nine acres of oceanfront property, the iconic property was relaunched in March 2017 by developer Nadim Ashi, who owns Fort Partners. Since then, Ashi and Keller have worked tirelessly to open the doors to the Surf Club Restaurant.

As for what you'll be eating, much of the menu is under wraps. But a sneak peek reveals many of the classics from which most restaurants in Miami stray. Expect delicately plated crab cakes, herb-roasted chicken for two, a creamy lobster thermidor interpretation, and beef Wellington. For dessert, sink your teeth into a lemon meringue tart or coconut cake. Prices are not yet available, and the opening date is still to be announced.

“Continental cuisine grounded in European cooking will be presented in a carefully choreographed fashion," Keller said in a statement, "[to] transport guests to a vibrant and casual environment that still maintains relevance in today’s modern dining scene.”

The Surf Club Restaurant. Inside the Surf Club, 9101 Collins Ave., Surfside; thomaskeller.com/thesurfclubrestaurant. Opens July 2018.
KEEP MIAMI NEW TIMES FREE... Since we started Miami New Times, it has been defined as the free, independent voice of Miami, and we'd like to keep it that way. With local media under siege, it's more important than ever for us to rally support behind funding our local journalism. You can help by participating in our "I Support" program, allowing us to keep offering readers access to our incisive coverage of local news, food and culture with no paywalls.
Make a one-time donation today for as little as $1.