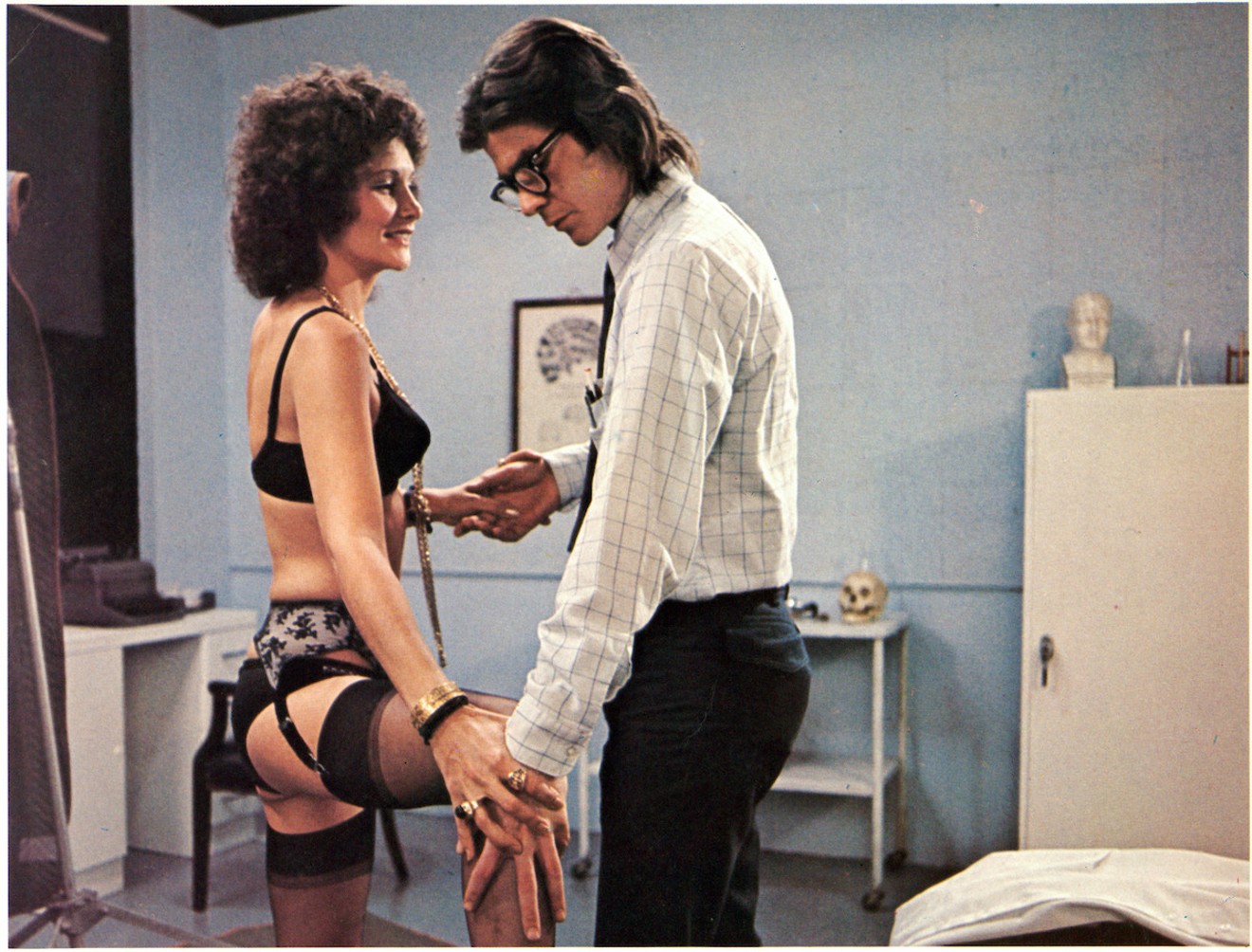 But come on, will it ever not be jarring (dare we say titillating?) to see some random public site or business as the setting where two (or more!) folks are being filmed bumpin' uglies? Consider this list your periodic reminder.

Logan Xander, a Bang Bros producer, tells New Times the group has largely been filming out of rental properties the past couple of years owing to the pandemic. Often, he says, production companies overlap and even use the same properties.

As Xander recalls, Bang Bros shot a group sex scene at this family-friendly Pembroke Pines bowling alley back in 2012. It was part of a series called "Fuck Team 5." We're not going to link to it, but take our word for it when we say this is a video that exists on every major porn-hosting site.

A spin instructor at ClubX was shocked to learn that sex acts were being enacted and filmed on the workout bikes at the Coral Gables gym.
Screenshot via Bang Bros

Earlier this month, New Times informed readers that a Coral Gables gym had moonlighted as a set for a handful of Bang Bros shoots.

As former ClubX spin instructor Janice Muller summed up, "The biggest turnoff for me was they were using our equipment. I’m a spin instructor, and they’re sitting naked on the bikes. I was like, 'Oh wow, we don’t have enough Lysol and bleach.'"

The manmade island is located in Biscayne Bay between Miami Beach and Miami proper and is known for a phallic, 96-foot-high cast concrete obelisk that rises out of its sands, erected (ahem) in the early 1900s to honor Miami pioneer Henry Flagler).

In a 2011 Reality Kings shoot for Island Adventure, performers Brooklyn Lee and J. Mac do some sightseeing (and each other) in Miami Beach. The actual sex scenes take place on a boat, but you can catch glimpses of Miami Beach municipal signs on the shoreline as well as shots of the Flagler Island monument.

Moral of the story: If boinking goes on in a public place and there's no public to see it, it ain't public boinking. Commuters are constantly complaining that Miami-Dade Transit buses never come on time. Perhaps unbeknownst to some Miamians, our buses have come plenty in recent years.

This is the stuff of bonafide Miami lore. In 2012, New Times brought you the story of Project City Bus, in which Bang Bros spun off its popular "Bait Bus" series, using gay male performers.

Miami-Dade Transit authorities at the time said the buses were not theirs, in that the shoots weren't authorized by the county. But New Times staffers did the dirty work and independently identified what appeared to be at least three transit buses used in the shoots.

Here's the common plot of the films therein (gleaned courtesy of a two-day trial for $4.95; the things we do for you!): Man rides bus. Another man films and narrates. Bus picks up hot dude at bus stop. Hot dude helps himself to some bills from narrator's wallet. New passenger winds up riding more than just the bus. In that shoot, a male customer orders breakfast from a female worker, only to be told they don't serve breakfast. The two strip while "looking for bacon," and the rest of the script writes itself.

Others who have worked at the joint and were interviewed by New Times, say the Subs closed up shop because traffic was light and rent for the building got too expensive. The Sherbrooke Hotel in South Beach has seen some rooftop action.
Photo by Karen Green/Flickr

"Stay away!" he warned in an October 2018 Facebook post to the private user group Miami Beach Residents. "It's classless and trashy tonight on Ocean Drive."

The hotel has been closed since the pandemic set in. This list would be incomplete if without mention of Deep Throat, an iconic 1972 feature film shot at various locales across Miami and Fort Lauderdale.

The infamous 60-minute movie centers on a character (played by Linda Lovelace) who has a condition in which her clitoris is located in the back of her throat. In a scene early in the proceedings, Lovelace implies she’s never had an orgasm. The scene (which contains no sex) was filmed at the outdoor pool at the Voyager Motel in North Miami.

(The remedy for her orgasmless existence, a doctor tells her, is to perform lots of oral sex. She does.)

The motel, which no longer stands, was located at 123rd Street and Biscayne Boulevard, per information compiled at the classic porn blog Rialto Report, now the part of the (recently shuttered) Johnson & Wales University. According to Rialto Report, the original pool remains.
KEEP MIAMI NEW TIMES FREE... Since we started Miami New Times, it has been defined as the free, independent voice of Miami, and we'd like to keep it that way. With local media under siege, it's more important than ever for us to rally support behind funding our local journalism. You can help by participating in our "I Support" program, allowing us to keep offering readers access to our incisive coverage of local news, food and culture with no paywalls.
Make a one-time donation today for as little as $1.