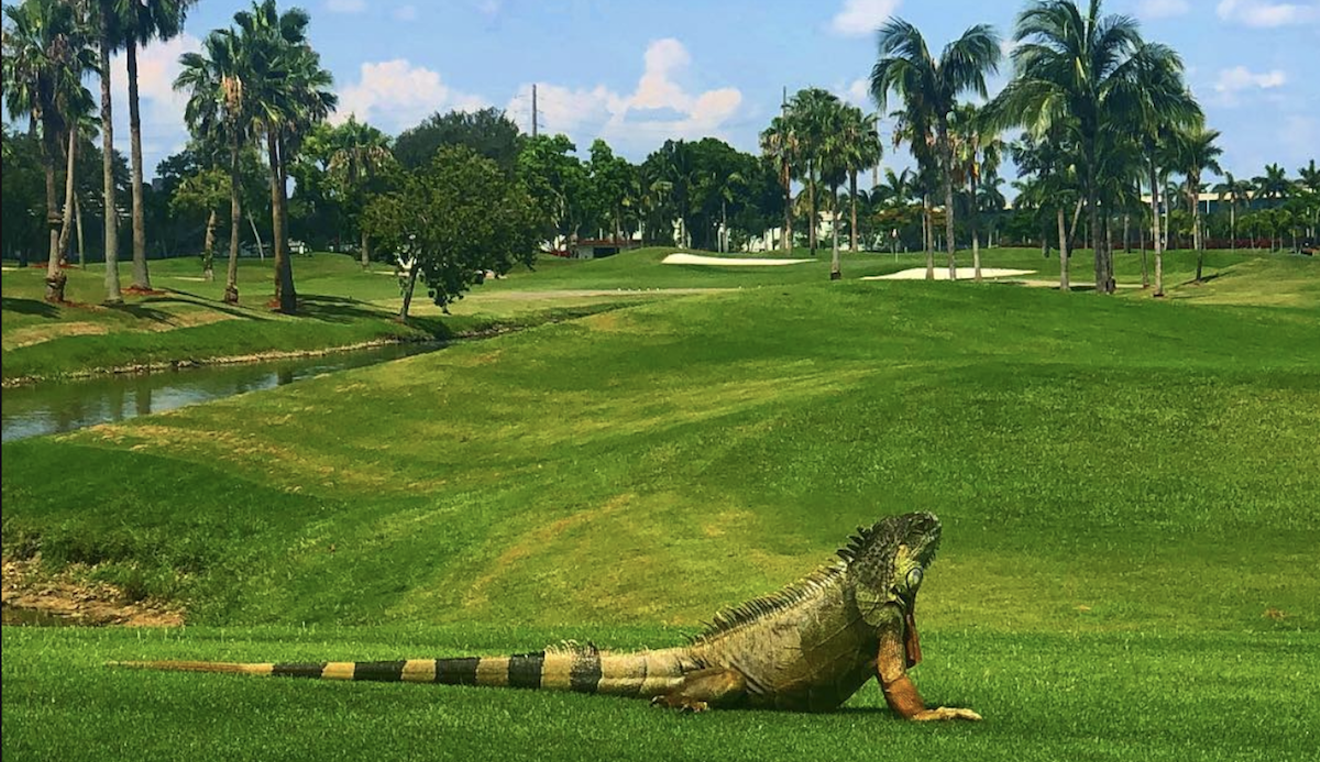 Ever since retired soccer star David Beckham and his new partners, Jorge and Jose Mas, abruptly abandoned their Overtown stadium plans and pivoted to the Melreese Country Club near Miami International Airport, skeptics have piled on about potential hangups: the traffic, the loss of a city-owned golf course, the last-minute proposal that could hand the Mas brothers a profit bonanza.

But virtually everyone seems to have missed a huge problem with the site: Melreese sits atop a giant pile of toxic waste.

A New Times review of more than a decade of tests at Melreese by the county's Department of Environmental Resources Management and interviews with DERM officials as well as environmentalists make it clear that any developer building on the golf course would have to undertake a massive cleanup that could add millions in costs and lengthy delays.

As Beckham's team prepares to pitch city commissioners tomorrow on the plan to turn the course into an immense stadium and retail complex, activists say politicians need to work overtime to ensure that taxpayers aren't left holding the toxic waste bill.

"The cost to clean this up is going to be astronomical," says David Villano, a journalist activist who has written extensively for New Times about the toxic incinerator ash under Miami parks. "Before they put this decision to voters, and before the city commission considers leasing that property, the conversation about incinerator ash needs to be front and center. This is a toxic landfill."

Neither Beckham's ownership group nor Miami Mayor Francis Suarez immediately responded to questions from New Times about whether there's been any discussion of the toxic waste or who would bear the cost of cleaning it up.

Miami's tainted ash woes trace back to the 1920s when a huge trash incinerator known as Old Smokey was built in a mostly black area of Coconut Grove. The plant was finally closed in the '70s, but only after desegregation forced white children to go to school nearby and parents began complaining about the health risks. (Update: Villano points out that other municipal incinerators also produced toxic ash, including one near Jackson Hospital on NW 20th Street; he believes this incinerator was more likely the source of Melreese's ash).

It wasn't until recent years, though, that the city finally admitted that numerous municipal parks — including Blanche and Merrie Christmas Parks in Coconut Grove — were built atop highly toxic waste from the incinerator. The waste includes dangerous levels of dioxins, arsenic, barium, arsenic, lead, and other carcinogens. Those parks were closed for years as clean-up work was done.

The county first realized it might have a toxic problem in Melreese in early 2005 when it started digging in Grapeland Park, a smaller public plot that borders Melreese's southeastern corner. Beneath a water park in Grapeland, its engineers discovered a serious issue: "Incinerator ash material was found in a layer at least two-feet thick" beneath Grapeland's soil, according to a DERM report.

In October 2015, DERM hired a firm to drill soil samples and test water at nearby Melreese, a 154-acre course that opened in the 1960s, to see if it also was contaminated. The short answer: most definitely.

The company dug 50 holes up to three feet deep around the course and, in 36 of them, immediately found clear evidence of toxic ash. The ash was silty, "dark gray to black in color" with "brownish-red nodules" and plenty of burnt glass and metal shards, a sure sign of the waste. The thickness varied, but in some places "exceeded four feet in thickness."

Since Grapeland was in use as a water park, county officials decided the toxic ash had to be removed ASAP. The process wasn't cheap. In 2006, contractors quietly hauled away 86,000 tons of toxic soil at a reported cost of nearly $10 million. Grapeland is a fraction of the size of Melreese.

At Melreese, though, DERM and the county determined that the golf course could simply engineer its way around the toxic waste.  "At Grapeland Park, with the development and construction planned there, they conducted an aggressive solid waste removal," says Wilbur Mayorga, the chief of DERM's Environmental Monitoring and Restoration Division. "For the Melreese Golf Course, the city and representatives of the golf course availed themselves of another option in , which is to put in place existing engineering controls."

Those "controls" include hard membranes beneath sand traps and other barriers above the toxic soil so that neither golfers nor maintenance workers ever come into contact with the potentially dangerous waste.

In 2006, the county ordered follow-up soil testing at Melreese to test for a wide range of potentially harmful contaminants like barium, copper, and dioxins. They found that the samples exceeded Miami-Dade's standards for residential areas for several of those contaminants, but that the levels were below standards for commercial areas. (They also found elevated arsenic, though they attributed this to pesticides commonly used at golf courses.)

In the end, the tests recommended closing ongoing DERM soil testing, because "the city intends to maintain this site as a golf course in perpetuity."

Of course, that resolution goes out the window if Melreese stops operating as a golf course. Any large-scale construction on the site would probably mean digging up untold cubic feet of toxic incinerator ash — and would force developers and the city to work with DERM on a plan to properly dispose of it.

"Any time the city or developer is going to modify or alter any site that has documented contamination, those modifications are mandated countywide to submit their plans to us for approval," Mayorga says. "The development plan must show that modification will render it safe. For example, any contaminated soil or waste needs to be properly disposed of."

The safety rules go even further than that, though, because construction workers building, say, a 25,000-seat stadium and 600,000 square feet of retail nearby also need to be heavily protected from the toxic soil while they're hauling it away.

As the Grapeland project next door showed, that's not cheap or easy. Mayorga declined to speculate how extensive a cleanup might be needed or the cost without seeing specific details of the project. But, he said, it's hard to believe the Beckham group could build on the site without getting rid of at least some of that toxic waste.

"From my professional experience as an engineer... in contaminated areas where you have a large area with a large excavation project, you may indeed need solid waste removal as part of your plan," he says.

The county doesn't have rules about who would have to pay for all that toxic waste removal — it's up to developers and the landowners. In the case of Melreese Country Club, that's taxpayers.

"If I was a voter and taxpayer in Miami, my single biggest concern before they lease this property is that they don't sign any contract unless it stipulates exactly who will pay for all this debris," Villano says. "We need to know ahead of time: Who will bear the cost to safely disturb and move that ash debris?"
KEEP MIAMI NEW TIMES FREE... Since we started Miami New Times, it has been defined as the free, independent voice of Miami, and we'd like to keep it that way. With local media under siege, it's more important than ever for us to rally support behind funding our local journalism. You can help by participating in our "I Support" program, allowing us to keep offering readers access to our incisive coverage of local news, food and culture with no paywalls.
Make a one-time donation today for as little as $1.