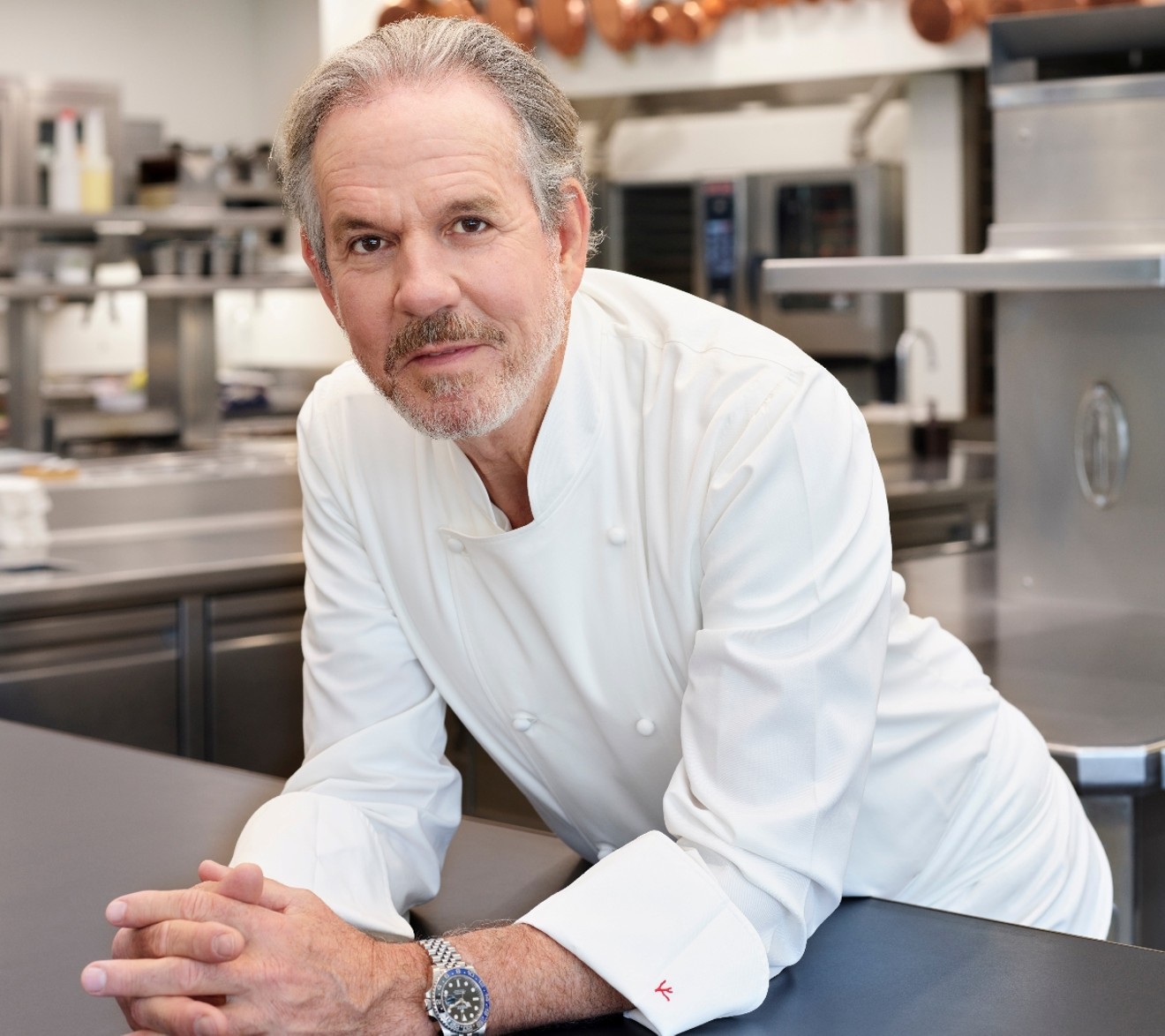 The news comes just a month after Keller's Surf Club Restaurant in Surfside was awarded a coveted star in the newly minted Florida Michelin Guide.

Keller opened his first Bouchon in Napa, California, in October 1998, four years after opening the French Laundry, also in California's wine country. Bouchon continues to serve French bistro fare with the chef's acute attention to detail. Classics like roast chicken, leg of lamb, and trout amandine earned the restaurant a Michelin star; he subsequently opened a Bouchon in Las Vegas.

Chef Ross Melling, director of casual culinary development and operations for Keller’s restaurants (including Bouchon), notes that Bouchon offers a different experience from Keller's Surf Club Restaurant. "It's more approachable. People always ask me why do I like Bouchon, and I say that it ticks off all the boxes. You can have chicken, a bowl of soup, a salad, or a steak. You can walk into Bouchon not knowing what you want and be satisfied. It hits home with all walks of life."

Melling describes the menu as comforting, citing the soups as a perfect example. French soups are wonderful, rich, and creamy. And, though Bouchon is considered more casual than other Keller restaurants, the cookery is just as meticulous. 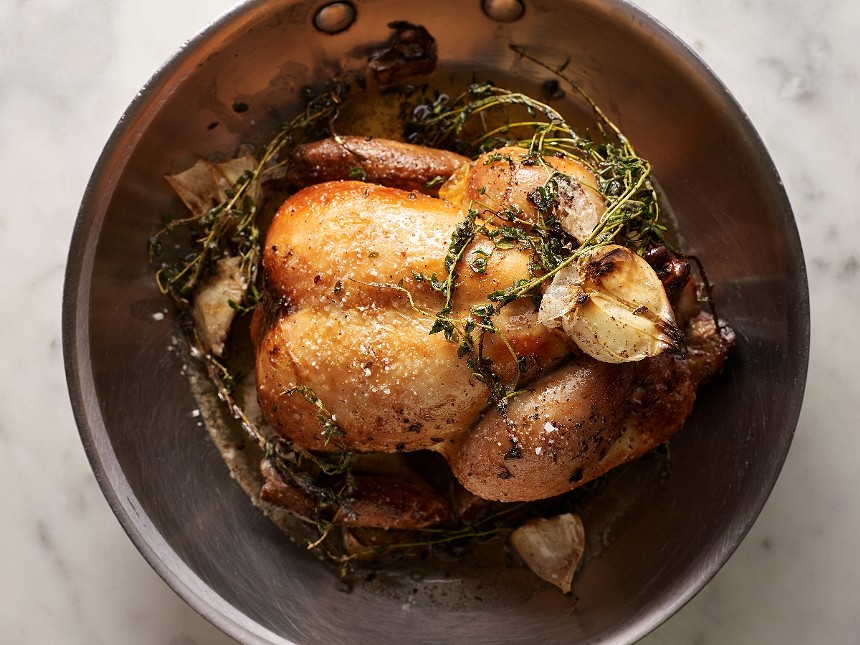 Roasted chicken at Bouchon Bistro
Photo by Deborah Jones
Take, for example, the roasted chicken. "The chicken first starts with the best farmers. When we receive it at the restaurant, the bird is brined for ten hours in a lemon honey solution with garlic and thyme so that the flavor absorbs down to the bone. Then we tie it and dry it for three days to get the moisture out. This also intensifies the flavor. Only then do we roast the chicken," Melling explains.

Though you can expect to see the roasted chicken on the menu, items at the Coral Gables location are still in the development stage, as Keller and his team take into consideration the seasonality of each restaurant's location. Expect to see the menu change three to four times a year, says Melling. "The chefs collaborate with each other, along with Chef Keller. We outline and we taste and we critique until we rubber-stamp each dish. It's a process we take very seriously together as a team."

When Bouchon Bistro opens in Coral Gables, the kitchen will be placed into the hands of chef de cuisine Thomas Castellon, who has experience at the Surf Club in Surfside and TAK Room in New York City. Prior to taking the reins at Bouchon, Castellon will spend four months in Yountville, working with the recipes.

"There are four or five chefs du cuisine there who will be able to help him with the high level of execution required," Melling says.

As to why Keller chose Coral Gables to open a third Bouchon Bistro, Melling explains that, although he didn't want to speak for Keller, part of the reason is the story behind La Palma: Built in 1924, the structure is a classic example of Mediterranean architecture. The former home of the Cla-Reina Hotel, it's listed on the National Register of Historic Places. "We fell in love with the building," Melling says.

Melling also cites the fact that Miami's dining scene has matured, citing the Florida Michelin Guide as evidence. "Miami is filled with talented restaurateurs and chefs who are truly elevating the city."

Bouchon Bistro. 2101 Galiano St., Coral Gables; thomaskeller.com. Opening early 2023.
KEEP MIAMI NEW TIMES FREE... Since we started Miami New Times, it has been defined as the free, independent voice of Miami, and we'd like to keep it that way. With local media under siege, it's more important than ever for us to rally support behind funding our local journalism. You can help by participating in our "I Support" program, allowing us to keep offering readers access to our incisive coverage of local news, food and culture with no paywalls.
Make a one-time donation today for as little as $1.