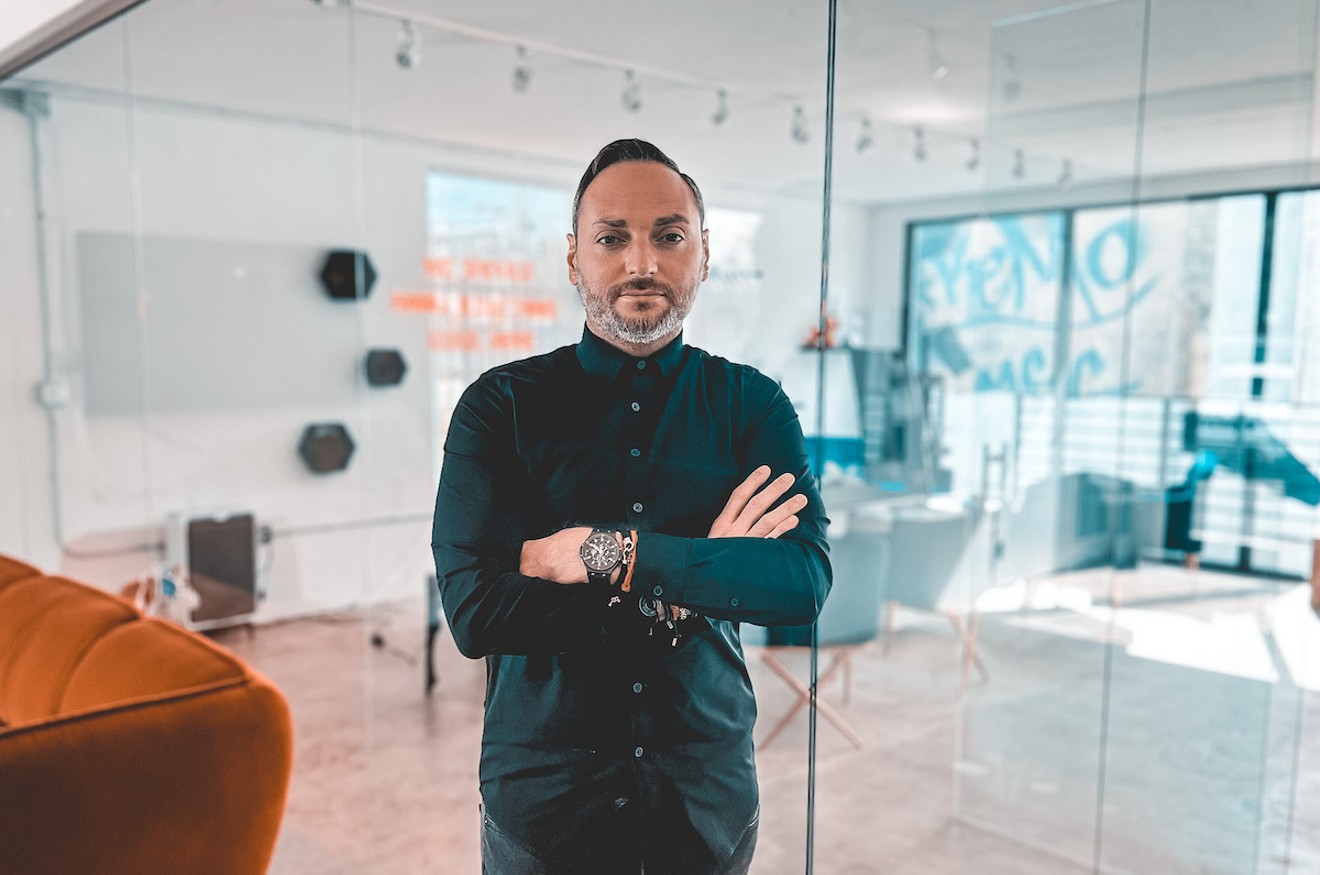 Miami restaurateur Philippe Kalifa will soon add Oro and Elixir to his roster. Photo courtesy of Philippe Kalifa
What if you could have dinner, after-dinner cocktails, and a nightclub experience all in one place?

That’s the idea behind Oro and Elixir, a new venue from Miami restaurateur Philippe Kalifa, the nightlife and restaurant veteran behind El Patio and Mayami Mexicantina.

Kalifa says that when El Patio opened in 2016, it was the first Latin-inspired venue to take up residence in Wynwood.

“There wasn’t much, to be honest with you,” he says. “My idea was to create a Latin bar that would introduce something new to the area. When El Patio opened, it felt like everybody was waiting for it.”

Although El Patio closed in May 2020 for a revamp, the restaurant and nightlife establishment is set to reopen in the coming months. The reopening will feature a new outdoor seating area and indoor bars, while staying true to its original design format as a venue that pays homage to the area’s Latin culture, Kalifa promises. When it does, it will join the dozens of concepts that have since moved into the flourishing neighborhood.

“I wanted to introduce a high-end space, the type of place that would enforce the dress code vibe of South Beach or Brickell, but in Wynwood,” he says.

The restaurateur is now expanding out of Wynwood and into South Beach with Oro and Elixir, a rooftop restaurant and cocktail bar slated to open off Lincoln Road later this year.

Kalifa tells New Times that the space, presented as two concepts in one, will be a one-stop dining and entertainment venue.

“The idea behind Oro and Elixir came from a collection of memories and experiences we’ve had from traveling around the world,” he explains. “The idea is to have a complete night-out experience in one place.”

“With South Beach, you have so many high-end restaurants, and sometimes you like where you’re at, but think: Too bad there’s no lounge, or I would stay longer. That’s the problem I want to solve with Oro and Elixir,” he says.

Upon entering the building, guests will encounter an escalator that takes them to a rooftop location above Sephora, a two-level indoor/outdoor dining space that feels hidden from the hustle and bustle of Lincoln Road. A second entrance at the back of the building will be equally elusive, leading guests along a glass-enclosed hallway to another entry point.

When it opens later this year, Oro will deliver a variety of premium cuts of meat and seafood, including fresh crab, lobster, oysters, and caviar, much of it served with table-side presentations.

Above the restaurant, a second open-air rooftop cocktail bar, Elixir, will take a different tack. The bar will feature a team of mixologists who craft innovative cocktails alongside bottle service that delivers a club-like experience. For entertainment, performances by aerialists and fire dancers will take place regularly.

Kalifa shares that Miami diners have grown more sophisticated and demanding. Since the pandemic, the restaurateur says, he’s switched gears in order to keep up with the city’s expanding customer base.

“It’s true, we have more people than ever before, and a totally different type of clientele — newcomers from New York and the West Coast. One thing I’ve noticed since COVID is that people are expecting more from the venues they visit, and we have to answer to that demand, whether it's with a bigger menu or more entertainment.”

Oro and Elixir. 818 Lincoln Rd., Miami Beach; opening winter 2022.
KEEP MIAMI NEW TIMES FREE... Since we started Miami New Times, it has been defined as the free, independent voice of Miami, and we'd like to keep it that way. With local media under siege, it's more important than ever for us to rally support behind funding our local journalism. You can help by participating in our "I Support" program, allowing us to keep offering readers access to our incisive coverage of local news, food and culture with no paywalls.
Make a one-time donation today for as little as $1.