The Most Anticipated Miami Restaurant Openings Left in 2022 Pastis will open a Miami location this year. Photo courtesy of Pastis
We all know South Florida's restaurant scene is growing — fast.

Each month, restaurants across the tri-county area continue to open their doors, fueling the expansion of our once sleepy culinary scene.

It's difficult to look into a crystal ball and come up with what restaurants will connect with the hearts and palates of our counties' denizens; these days, it takes a lot more than a famous chef, good cocktail, or over-built burger to appease this populace.

Luckily, local gastronomes and devout cuisinomanes have even more to look forward to before the end of the year thanks to several up-and-coming concepts set to bless us with their culinary prowess.

In the coming months, a number of local celebrity chefs, established restaurateurs, and out-of-state imports have promised to unleash their creative genius on us in the form of food and drink.

With that in mind, here are the South Florida dining concepts we're looking forward to opening later this year. 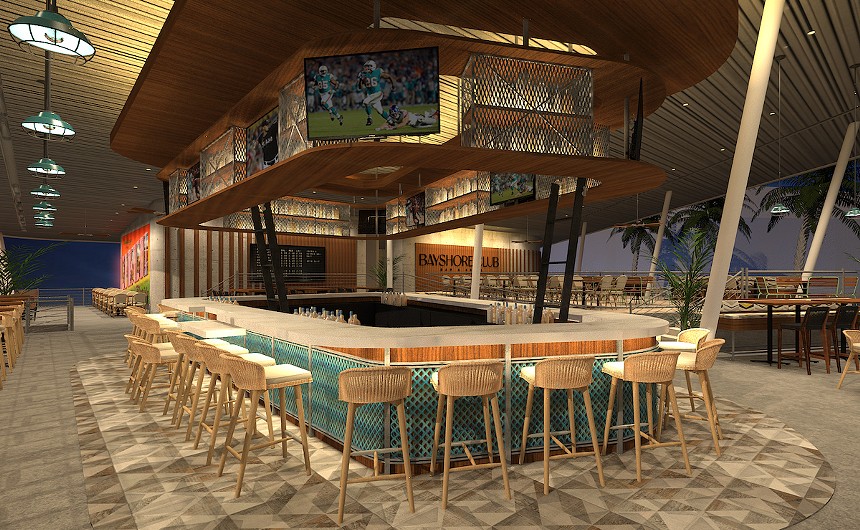 Michael Schulson will bring an outpost of Double Knot, his Philadelphia sushi restaurant and izakaya, to Wynwood.
Photo courtesy of the Schulson Collective

2550 NW Second Ave., Miami
doubleknotphilly.com
Philadelphia-based chef and restaurateur Michael Schulson's newest endeavor will soon be opening in one of Miami's most sought-after locations. The chef, who owns a portfolio of restaurants under his company Schulson Collective, will bring an outpost of Double Knot — a sushi restaurant and izakaya from Philadelphia — to the former Wynwood Kitchen & Bar space on NW Second Avenue. The restaurant will serve up sushi, sashimi, and robata items, plus a chef's tasting menu of a bountiful collection of house-made mochi for dessert. Opening winter 2022. 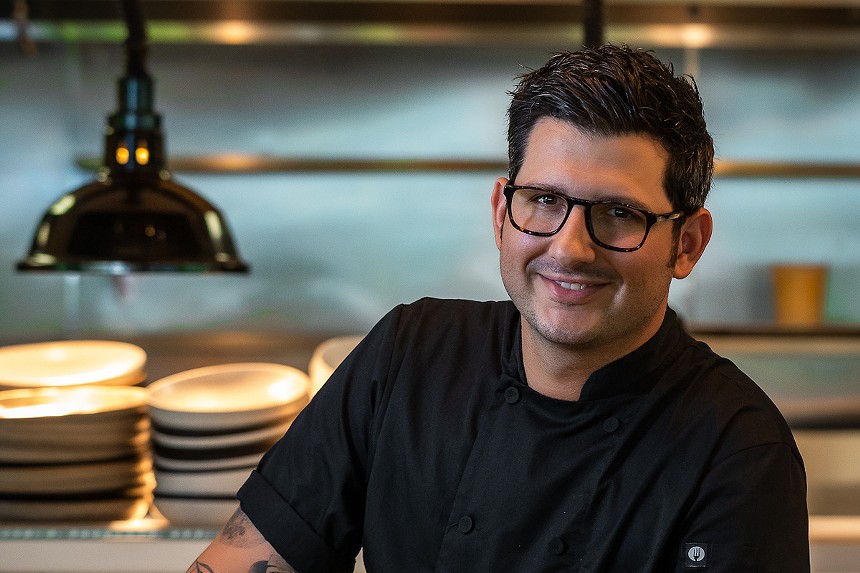 804 Ponce de Leon Blvd., Coral Gables
eatinghousemiami.com
This summer, it's happening: Miami chef Giorgio Rapicavoli will officially reopen his beloved Coral Gables restaurant — and we couldn't be happier. Eating House, the restaurant Rapicavoli opened following his 2012 Chopped win, will make its official return at Giralda Plaza, delivering "the type of place I felt our guests truly deserved," the chef told New Times. The restaurant suddenly closed last July, leaving devotees questioning whether the end had truly arrived. Luckily, it hasn't, and Eating House — beloved for its Cap’n Crunch pancakes or "Hotlanta" fried chicken and stoner-themed 420 Dinner eats like PB&J poutine and "cold" pizza — will once again grace us with its creativity. The refreshed and refined take will be close to Luca Osteria, the Italian-focused restaurant he opened in February 2021. Now, a slightly more elevated menu will offer specials that change weekly and dishes built around seasonal ingredients, as well as a full liquor bar. If you've missed Rapicavoli's addictive chicken and waffles or pasta carbonara topped with a warm, runny egg — don't worry. He promises these favorites, and a handful of others, will be featured on the dinner and brunch menus. Opening summer 2022. 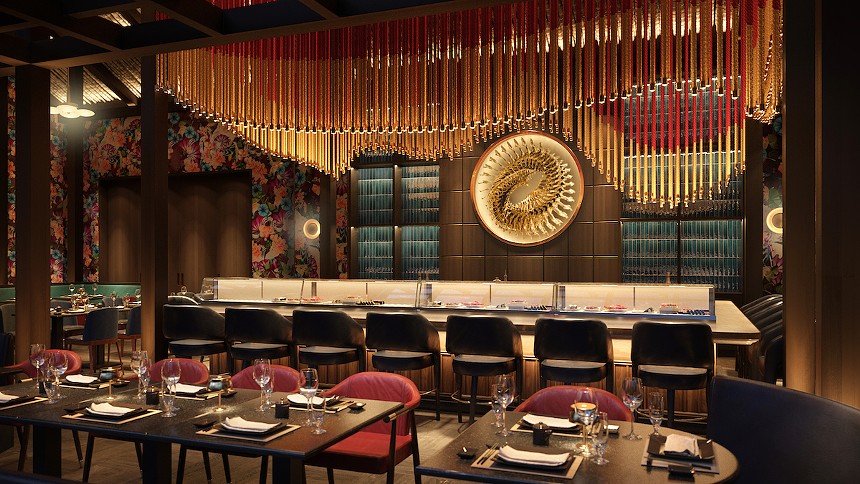 8 SE Eighth St., Miami, FL
gekkomiami.com
Gekkō, which translates to "moonlight" in Japanese, offers a Miami take on the Japanese steakhouse via Groot Hospitality in partnership with Dave Grutman and music artist Benito Ocasio, better known as "Bad Bunny." Set to open in mid-August at the SLS Lux Brickell Tower, diners can expect a menu built around prime cuts and preparations of Wagyu beef with notes of Korean barbecue flavors, flame-seared steak offerings, as well as a full sushi menu and a six-seat omakase bar. The Rockwell Group will be handling the restaurant’s design for a luxury-meets-contemporary look and feel for an intimate dining experience. Opening August 2022. 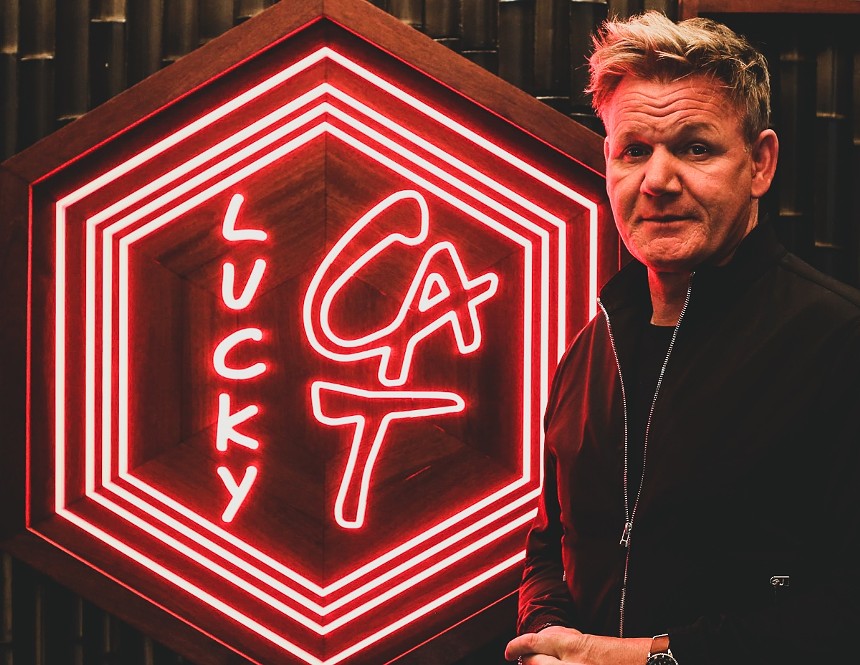 Gordon Ramsay will open an outpost of Lucky Cat in Miami in 2022.
Photo courtesy of Lucky Cat

119 Washington Ave., Miami Beach
gordonramsayrestaurants.com
Soon, Miamians will be able to get up close and personal with the opening of celebrity chef Gordon Ramsay's first Miami endeavor, Lucky Cat. The restaurant is situated in the South of Fifth neighborhood, a U.S. outpost of the original Lucky Cat that opened in 2019 in London's Mayfair district.The restaurant, which harkens back to the Tokyo drinking dens of the 1930s, offers dishes inspired by various regions throughout Asia. The 9,000-square-foot space features an open kitchen, raw bar, chef's table, and a late-night lounge. As for food: Think a fun, relaxed atmosphere offering a varied selection of Pan-Asian dishes paired with incredible cocktails, sushi, sashimi, meats from the robata grill, and — if we're lucky — no screaming from the kitchen. Opening fall 2022. 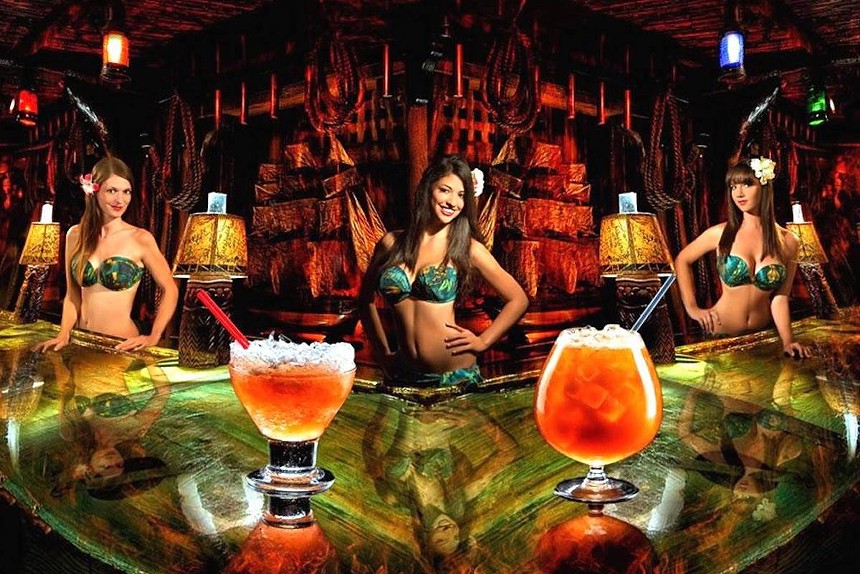 Raise your tiki mugs, South Florida: The Mai-Kai will return... but first, cocktails!
Photo courtesy of the Mai-Kai

3599 N. Federal Hwy., Fort Lauderdale
maikai.com
If you haven't been to the Mai Kai, you'll want to be there for this longtime South Florida haunt's grand reopening later this year. Nothing quite compares to this Polynesian pop-themed restaurant, bar, and entertainment venue. In all honesty, we're lucky to have it —not many of our nation's original and historic tiki-themed establishments are still standing, and it was recently up for sale. Thankfully, Miami's Ball & Chain co-owner Bill Fuller has taken over operations to give the Fort Lauderdale gem a much-needed makeover, meaning we have plenty of tiki cocktails, fire shows, and Polynesian-themed fare to look forward to. Opening winter 2022. 380 NW 26th St., Miami
pastisnyc.com
We envision Pastis, New York City's iconic version of a classic Parisian bistro, will be seeing Carbone-esque waits when it opens later this year. The original Manhattan Pastis closed in 2014 despite its origins as one of the first chic restaurants in Lower Manhattan's Meatpacking District when restaurateur Keith McNally opened it in 1999. In 2019, McNally and Steak 954's Stephen Starr revived the concept, opening a new location on Gansevoort Street a block south of the original. Later this year, they'll open a second Pastis in Wynwood, an 8,000-square-foot restaurant that will echo its sister establishment with the same look, ambiance, and menu. Think traditional French fare with signature offerings like garlic and parsley seasoned escargot, moules frites served with perfectly crisped fries, and steak sandwiches topped with caramelized onions and melty Gruyère. Opening early 2023.
KEEP MIAMI NEW TIMES FREE... Since we started Miami New Times, it has been defined as the free, independent voice of Miami, and we'd like to keep it that way. With local media under siege, it's more important than ever for us to rally support behind funding our local journalism. You can help by participating in our "I Support" program, allowing us to keep offering readers access to our incisive coverage of local news, food and culture with no paywalls.
Make a one-time donation today for as little as $1.