The Mai-Kai Is For Sale: What Does That Mean for Its Future? 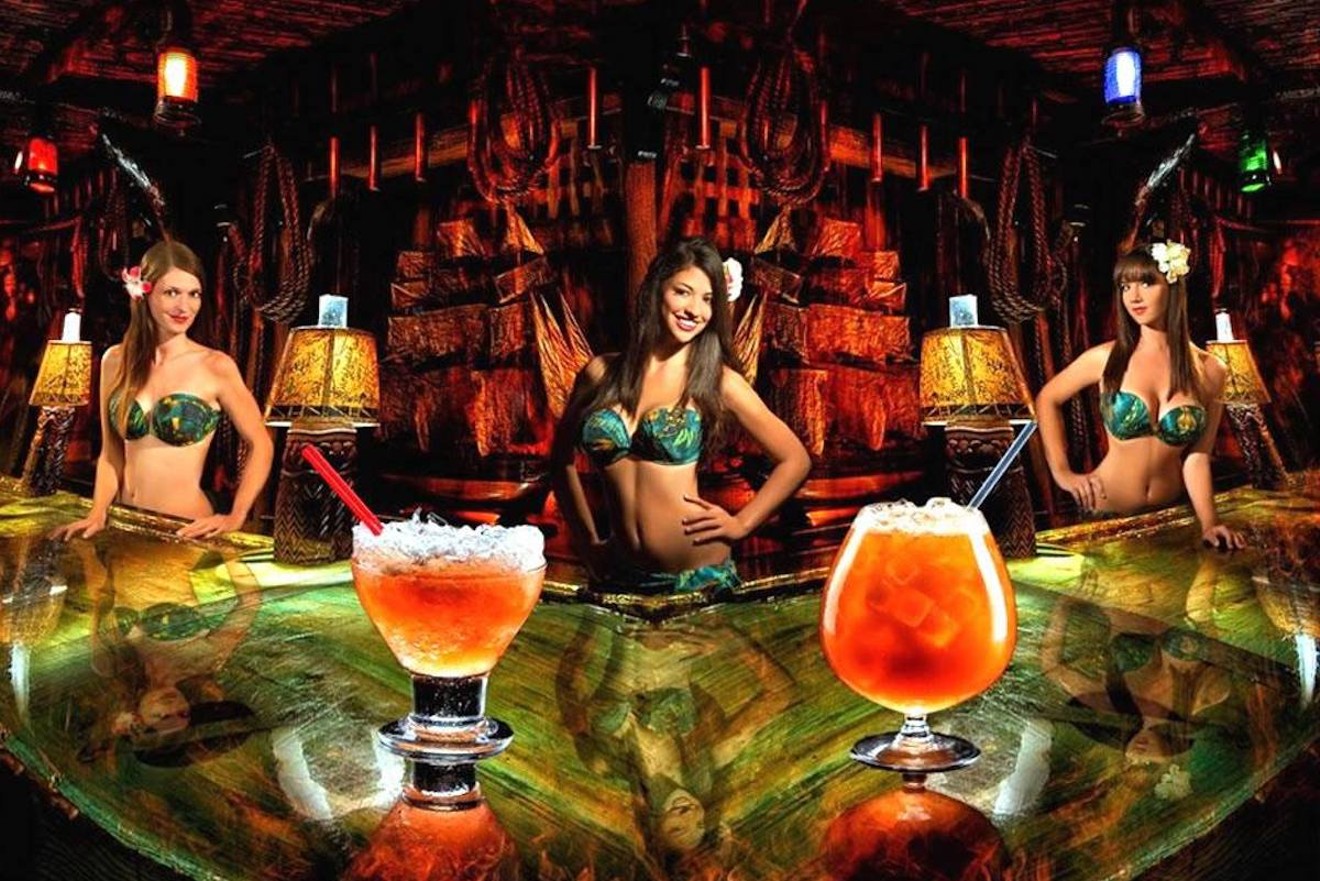 Thanks for the scantily clad good times, Mai-Kai. Photo courtesy of Mai-Kai
Last fall, the Mai-Kai abruptly closed after a burst pipe in the restaurant's kitchen caused extensive flooding. The owners of the landmark Fort Lauderdale tiki bar vowed to reopen, issuing a statement that said, "While we don't have a reopen date finalized, we will keep our loyal patrons up to date as soon as we have more information to share."

The restaurant made good on that promise, hosting several gatherings and events in its parking lot and maintaining a presence through its online store, where people can buy tiki mugs and posters.

Late yesterday, however, the Mai-Kai released a statement that the iconic establishment is for sale.

According to the statement from Transworld Business Advisors, the company engaged to secure a buyer or partner, the restaurant and the three acres upon which it sits are up for sale for a yet-to-be-determined sum: "An enviable investment opportunity, the 2.69-acre property can remain as is, or can be redeveloped into apartments or a mixed-use development which could include a renovated restaurant. The Mai-Kai’s ownership is open to working with the buyer on reopening the restaurant — currently closed for necessary renovations — or opening an offshoot in a new location, complete with the registered trademarks for its famed cocktails."

Cagnetta says his firm specializes in finding the right buyer for situations that involve more than just a dollar amount per square footage, and that precisely describes Dave Levy and Kulani Gelardi, owners of the Mai-Kai and children of its founders, brothers Bob and Jack Thornton. "Frankly, we realize that anyone could have come along and put a sign up by the property. The family doesn't want that. Our job is to find the people that are also interested in the intellectual property."

By that, Cagnetta means that there may well be a buyer out there who views the the Mai-Kai and its brand as far more valuable than the dollar value of the land where it stands. For example, an investor or buyer might see a future profit to be earned from rebuilding the Mai-Kai, and perhaps even leveraging its name into additional tiki bars.

And he says there has already been interest.

"We have people from tiki chat boards and other inquiries," he says. "This could be an ideal property for an investor that sees the potential of the investment property beyond that."

That's not to say that the Mai-Kai is a turnkey operation as it stands. The burst pipe was followed by additional water damage from Hurricane Eta just days afterward.

"You have a 65-year-old building and you have to bring things up to modern-day codes," Berg adds. "That's when the family realized it was a bigger project than they thought."

That said, Berg hastens to add that there's plenty left that can be salvaged, should the right buyer come along.

"It's a big, sprawling property with catering rooms that might not be needed in the future," he allows. "In theory, the restaurant and Molokai bar can be rebuilt and the rest of the land used for something else."

The restaurant, which was added to the National Register of Historic Places in 2014, encompasses eight dining rooms with seating for 600 people, along with a gift shop and the famed Molokai bar. The property is also home to walking paths filled with waterfalls, lagoons, hand-carved tiki sculptures, and, yes, tiki torches.

Bob and Jack Thornton built the Mai-Kai in 1956 to capitalize on the country's tiki craze. Drinks like the Jet Pilot and the Rum Runner were the rage, with Don the Beachcomber and Trader Vic's leading the charge.

The Mai-Kai was an ambitious project for its time. With a price tag of $300,000, it was said to be the most expensive restaurant built that year. The gamble paid off with more than $1 million in revenue during its first year of operation.

Tiki's heyday has long since past, but in recent years, the culture has seen a resurgence, with people flocking to conventions like the annual Hukilau, held partially at Mai-Kai. The restaurant is revered by tiki enthusiasts, who made pilgrimages to drink scorpion bowls and chow down on pu pu platters brought forth by sarong-clad servers.

Cagnetta believes the intellectual property might prove to be the asset that saves the Mai-Kai.

"It's all about finding the right person that sees the bigger picture," he says. "We're talking to a lot of groups that have interest in the project."

Cagnetta, who confides that his daughters were heartbroken when he told them about the Mai-Kai, says his company is usually very discreet when seeking a buyer, but this situation is an entirely different story.

"Usually what we do is confidential, but we don't want to leave any stone unturned. We want to find that needle — or even two needles — in the haystack," he says.
KEEP MIAMI NEW TIMES FREE... Since we started Miami New Times, it has been defined as the free, independent voice of Miami, and we'd like to keep it that way. With local media under siege, it's more important than ever for us to rally support behind funding our local journalism. You can help by participating in our "I Support" program, allowing us to keep offering readers access to our incisive coverage of local news, food and culture with no paywalls.
Make a one-time donation today for as little as $1.