Cafe Americano has launched an all-day brunch menu along with the opening of its newest location. Photo courtesy of the Dana Agency
Miami's restaurant scene is on fire. And though it may seem like a tidal wave of restaurateurs from New York has descended on the Magic City, many local chefs are opening new restaurants or expanding their culinary empires.

One such example is Abba Telavivian Kitchen: A collaboration between Omer Horev and Sam Gorenstein, this homey restaurant offers a menu of Mediterranean classics for breakfast and lunch.

Read on for details about these and other recent Miami-area restaurant openings.

864 Commerce St., Miami Beach
305-902-3477
abbatlv.com
This new restaurant from hospitality entrepreneurs Omer Horev and Sam Gorenstein recently opened in Miami Beach’s South of Fifth neighborhood. Abba Telavivian Kitchen goes beyond hummus and falafel to feature the kind of food you'd find in a Tel Aviv café. Gorenstein’s imprint can be found in many of the Syrian — and even Latin — flavors that make their way onto the menu, while Horev’s Moroccan roots are the inspiration for many dishes. Open for breakfast, lunch, and a sunset menu served from 4 to 7 p.m., Abba Telavivian offers everything from house-made baked goods like olive oil lemon rosemary pound cake to nishnushim (snacks), salatim (salads), and entrée-size plates. Open 9 a.m. to 7 p.m. Tuesday to Sunday. Closed Monday.

161 Ocean Dr., Miami Beach
786-672-0535
eatlikebubu.com
Bubusan, a Japanese takeout and delivery concept, operates out of Azabu's kitchen in South Beach, offering a virtual sushi restaurant founded on the principle of omotenashi, the Japanese word for hospitality. The packaging is Instagram-able: Within each omakase box, the team has integrated a virtual-reality component — a secret message that can only be unlocked online. Signature menu items include a "magic" pizza on a thin, crisp dough, available in three flavors. Bubusan offers six different options of omakase sushi boxes, ranging in price from $14 to $42. Avilable via UberEats, GrubHub, Postmates, Doordash, and Caviar. Delivery only. 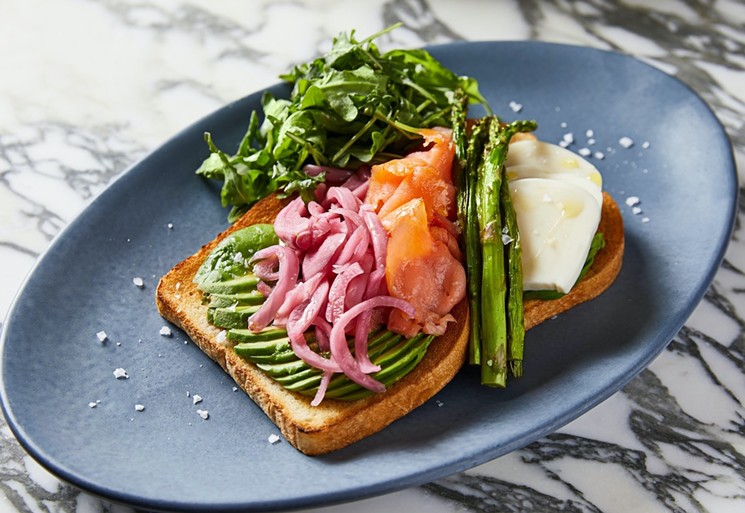 Cafe Americano has opened a new location inside the Redbury Hotel.
Photo courtesy of the Dana Agency

1776 Collins Ave., Miami Beach
786-698-4186
cafeamericano.com
Cafe Americano has expanded from its spot in the Hotel Victor to a second South Beach location inside the Redbury Hotel on Collins Avenue. The Las Vegas-based restaurant offers up American brunch classics and comfort food with a Latin twist. Breakfast lovers can enjoy dishes like carrot cake French toast or customize their avocado toast and omelets. Open Thursday to Sunday 7 a.m. to 8 p.m. Closed Monday to Wednesday (hours may change).

2420 Miami Gardens Dr., North Miami Beach
786-654-2854
perlrestaurant.com
After nearly a decade spent cooking at high-end homes in Miami, chef Isaac Perlman has opened Perl. The menu combines influences from both Mediterranean and Japanese fare to create dishes like Alaskan halibut with saffron-yuzu beurre blanc, a roasted half-chicken with a Dijon-Champagne marinade, and a kosher bone-in rib eye. Open Sunday 11:30 a.m. to 3:30 p.m.; Monday to Saturday 11:30 a.m. to 3:30 p.m. for lunch  Monday to Wednesday 5:30 to 9:30 p.m. for dinner; Thursday to Saturday 5:30 to 10:30 p.m. for dinner. 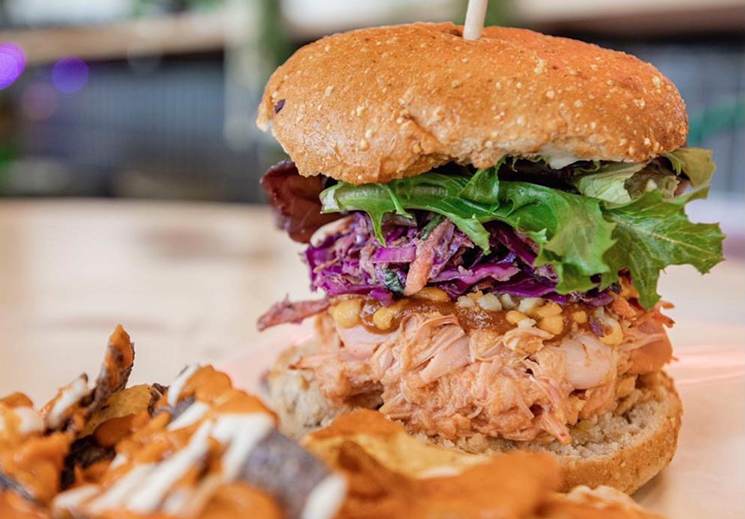 723 Lincoln Ln., Miami Beach
786-872-1901
planttheorycreative.takeout7.com
Plant Theory Creative Cuisine is the newest restaurant to join the lineup at the Lincoln Eatery. Plant Theory focuses on offering nutrient-dense meals that are vegan and organic. The menu is keto-friendly and gluten-free and include a southern "artichik’n," breaded and baked artichoke hearts with vegan provolone, and avocado; and raw "save the salmon" lox, a combination of cured and smoked papaya, capers, and cashew-dill ricotta on a raw flax-seed or gluten-free bagel. In addition to the eatery, guests will also have access to cooking classes and community events such as bingo, meditation, dance, yoga, and art classes. Open daily from noon to 8 p.m.

Yeasty Brews is open in Lauderhill.
Photo by Marilyn Orozco

3944 NW 19th St., Lauderhill
754-223-2198
yeastybrews.com
Yeasty Brews co-founders and partners Daniel Pfaffenbach and Denielle Mizrahi recently opened their nano-brewery — named for the funky strains of yeast that make each style of beer so unique — in Lauderhill. The partners' three-barrel system produces a variety of styles. The common thread: Each is brewed to highlight a particular strain of yeast, accented with the addition of fresh, local, tropical fruits. The 3,000-square-foot taproom offers beer-friendly eats including flatbreads, grilled cheese, panini, and vegan empanadas. Like the beer, everything is prepared in-house. Open Thursday 3:30 to 10 p.m.; Friday to Sunday 3:30 to 11 p.m.; closed Monday to Wednesday.
KEEP MIAMI NEW TIMES FREE... Since we started Miami New Times, it has been defined as the free, independent voice of Miami, and we'd like to keep it that way. With local media under siege, it's more important than ever for us to rally support behind funding our local journalism. You can help by participating in our "I Support" program, allowing us to keep offering readers access to our incisive coverage of local news, food and culture with no paywalls.
Make a one-time donation today for as little as $1.