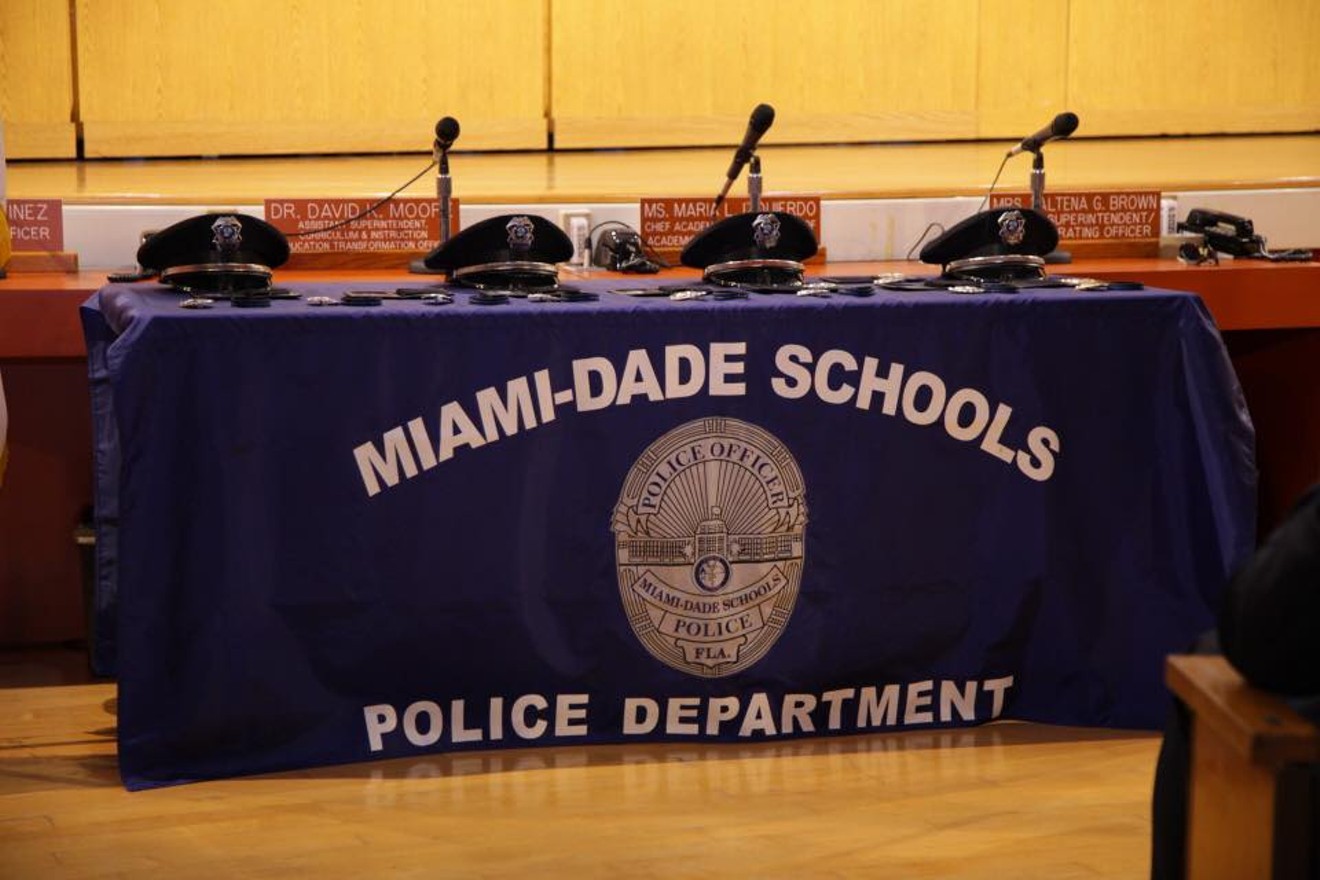 Black students continue to be disproportionately disciplined in Miami-Dade Public Schools. Miami-Dade Public Schools
For years, the Miami-Dade public school system has been aware of the so-called "school-to-prison pipeline," in which troubled students are arrested instead of being disciplined at the school level. Almost always, the kids swept into the criminal justice system are students of color. So as part of a national movement to change how those children are punished at school, Miami-Dade pledged in 2015 to stop suspending students and to work with police to reduce arrests for nonviolent behavior.

Nevertheless, black students continue to be disproportionately disciplined in Florida's largest school district: According to a new report from the American Civil Liberties Union of Florida, only 20 percent of Miami-Dade students are black, but black students account for more than half of all arrests within the district.

"Black kids are more likely to be suspended even in preschool," says Michelle Morton, the juvenile justice policy coordinator at the ACLU Foundation of Florida and author of the study. "The same behavior from a white child versus a black child will be viewed completely differently."

In Miami-Dade, black students also account for 37 percent of citations, 58 percent of arrests for disorderly conduct, and 76 percent of all students charged as adults. Since the majority of arrests in the public school system are classified as felonies, the state's "Truth in Sentencing" laws require schoolchildren charged as adults to serve at least 85 percent of their sentences before they are eligible for release.

Morton says that's why implicit bias training is so vital. She says there's no specific training required to be a police officer in Florida schools and no special certification provided by the state, so ensuring that officers are trained to deescalate situations in an age-appropriate manner is up to public officials at the local level.

Understaffed and underresourced schools are increasingly relying on police to maintain school discipline. The Marjory Stoneman Douglas Public Safety Act now requires at least one "safe school officer" in every school, a requirement that can be met with school resource officers employed by law enforcement agencies, school safety officers employed by the district school board, or armed school guardians. After decades of decline, school arrests rose in Florida this past school year.

Morton says there's a misconception that juvenile arrests go away once a child turns 18, but that isn't the case in Florida. The criminal history of a minor is not automatically expunged by FDLE until the age of 21. Juvenile records are kept until age 26 if a child was committed to a juvenile correctional facility, and in perpetuity if a minor was charged as an adult.

"Research shows that every expulsion and every arrest increases the likelihood of future arrests and of not graduating high school," Morton says. "These arrests matter."
KEEP MIAMI NEW TIMES FREE... Since we started Miami New Times, it has been defined as the free, independent voice of Miami, and we'd like to keep it that way. With local media under siege, it's more important than ever for us to rally support behind funding our local journalism. You can help by participating in our "I Support" program, allowing us to keep offering readers access to our incisive coverage of local news, food and culture with no paywalls.
Make a one-time donation today for as little as $1.