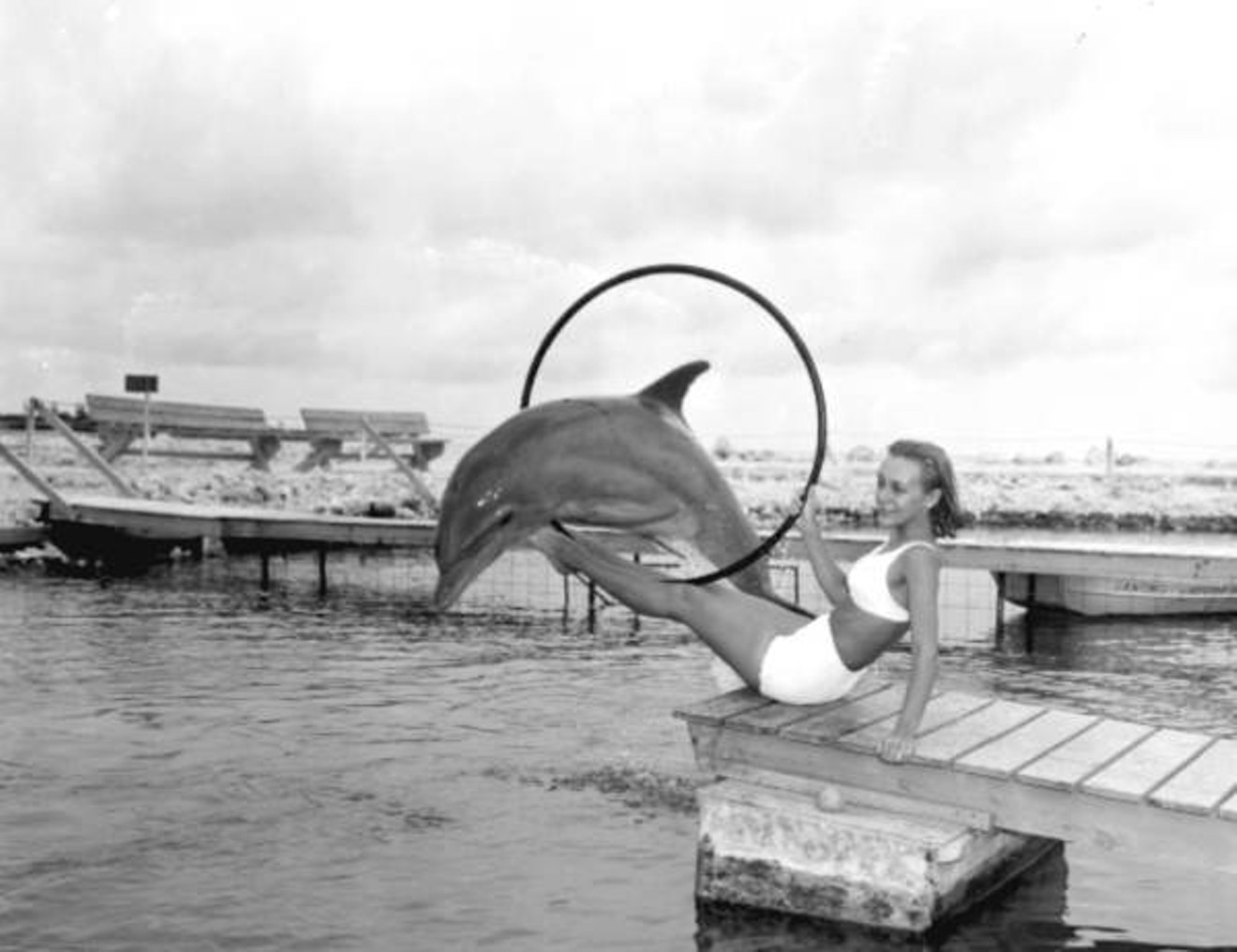 State Archives of Florida / Charles Barron
It's taken a few decades, but South Florida has finally shaken its image as America's retirement home. But before the Magic City became an international center of hipsterism, it really was a place where the elderly came to wile away their golden years near the beach. So perhaps it's no surprise there are plenty of international celebs whose final resting place is the 305.

You've heard about Gianni Versace, Al Capone, and Bob Marley. But here are five famous characters you might not have known were buried in South Florida. 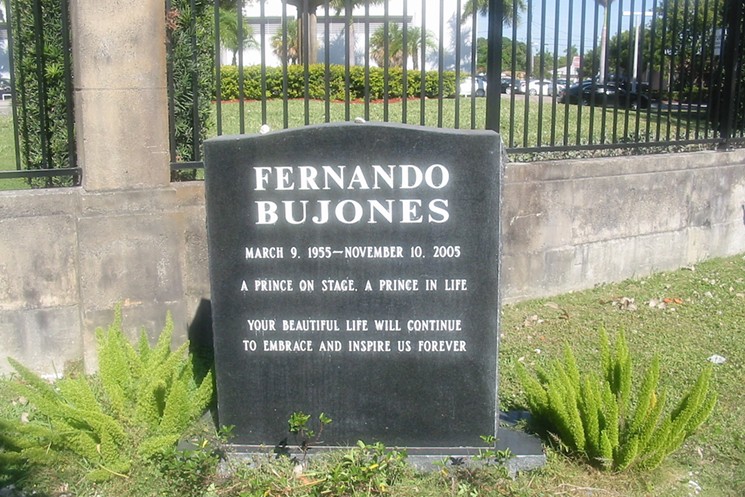 Though he was born in Miami in 1955, Bujones moved to Havana, Cuba, at 6 years old with his mother, a dancer herself. There, he studied with renowned prima ballerina assoluta Alicia Alonso. Soon after, he received a scholarship from the Fort Foundation and attended the New York City School of Ballet at only 11 years old. Within three years, he outshone his peers, even garnering two offers from George Balanchine to join the New York City Ballet. Both times, Bujones declined.

In 1973, he became a soloist in the American Ballet Theatre’s corps, an achievement that was soon followed by a win at the International Ballet Olympics in Varna, Bulgaria, the next year. Though most of the dance world already knew him, the unexpected victory scored him the title of one of the world’s foremost male dancers — and a promotion to principal dancer at the American Ballet Theatre.

His success was momentarily cut short due to a bitter feud with Mikhail Baryshnikov. Soon after Baryshnikov became the theater's artistic director, Bujones resigned, angry at the castings Baryshnikov chose for him. In the years that followed, Bujones toured the world as a guest artist with the Joffrey Ballet, Moscow’s Bolshoi Ballet, and the Boston Ballet. But once Baryshnikov stepped down, Bujones returned to the American Ballet Theatre.

In 2005, Bujones was diagnosed with lung cancer and died of metastatic melanoma at the age of 50. At the Caballero Rivero Woodlawn Park North Cemetery and Mausoleum near Little Havana, Bujones’ grave commemorates his artistry: "A prince on stage, a prince in life.” 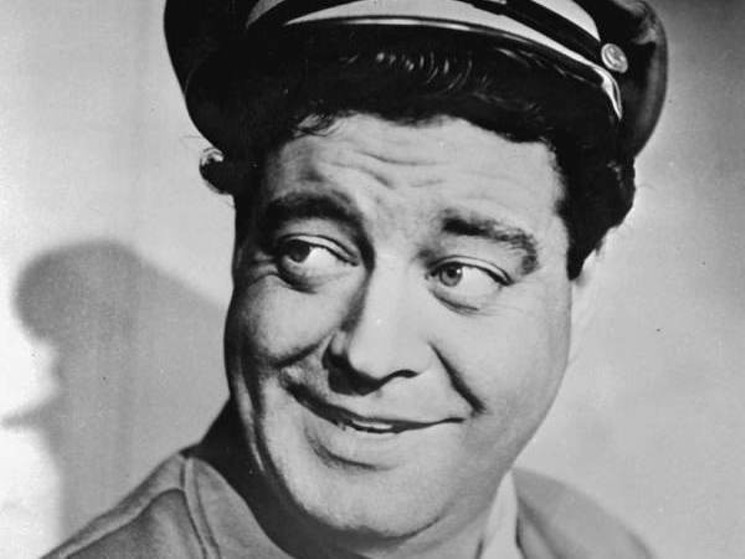 Jackie Gleason
State Archives of Florida
2. Jackie Gleason: Actor best known as Ralph Kramden on The Honeymooners.
Wagging his index finger, a bugged-eyed Jackie Gleason blusters at TV wife Alice Kramden. In his characteristic Brooklyn accent, he shouts, "One of these days, Alice, pow, right in the kisser!"

Born in 1916 and raised in Brooklyn, Gleason grew up the son of Herb, an insurance auditor; and Maisie, a subway attendant. But one night in snowy December, Herb chucked any family photos in which he appeared, packed up, and left. After his father's disappearance, Gleason began hustling pool with a local gang and eventually dropped out of school. Picking up a series of temp jobs, among them stunt driver, carnival barker, and master of ceremonies at a theater, Gleason fell in love with acting.

When he was 19, his mother died of sepsis from a boil on her neck that Gleason had tried to lance. With only 36 cents in his pocket, Gleason packed up everything he owned and headed for Pennsylvania to work as a professional comedian.

Eventually, Gleason worked up to a position at Club 18 in New York, where patrons paid to be insulted. One day, three-time Olympic skater Sonja Henie walked into the club. Gleason handed her an ice cube and said, "OK, now do something." Immediately, he was signed by the president of Warner Bros., Jack Warner, who'd been watching the affair enthusiastically. By 24, Gleason was a movie star, known for his slicked black hair and inflated physical comedy.

In 1949, Gleason landed his first big break, playing the character of an aircraft worker in a radio comedy. Before long, the roller-coaster success landed him his own program, The Jackie Gleason Show, featuring flashy dance numbers and funny monologues. In 1964, he moved the show to Miami Beach, where it was filmed in a studio that's now the Fillmore.

A couple of years later, he became the star of the gritty TV comedy The Honeymooners, on which he played the ambitious and absurd Ralph Kramden opposite a ditzy sewer-worker friend and his sensible wife Alice. The series quickly gained popularity, making Gleason one of the most famous TV icons. At one point, a statue of him was erected in New York's Port Authority Bus Terminal.

After a long career in TV, film, and music, the 71-year old vaudevillian passed away in 1987 from colon cancer, among other medical problems. Entombed in a private mausoleum in Our Lady of Mercy Catholic Cemetery in Doral, Gleason rests under an inscription of his famed catchphrase, "And away we go."