The Gramercy on Miracle Mile: An American Brasserie With a French Twist 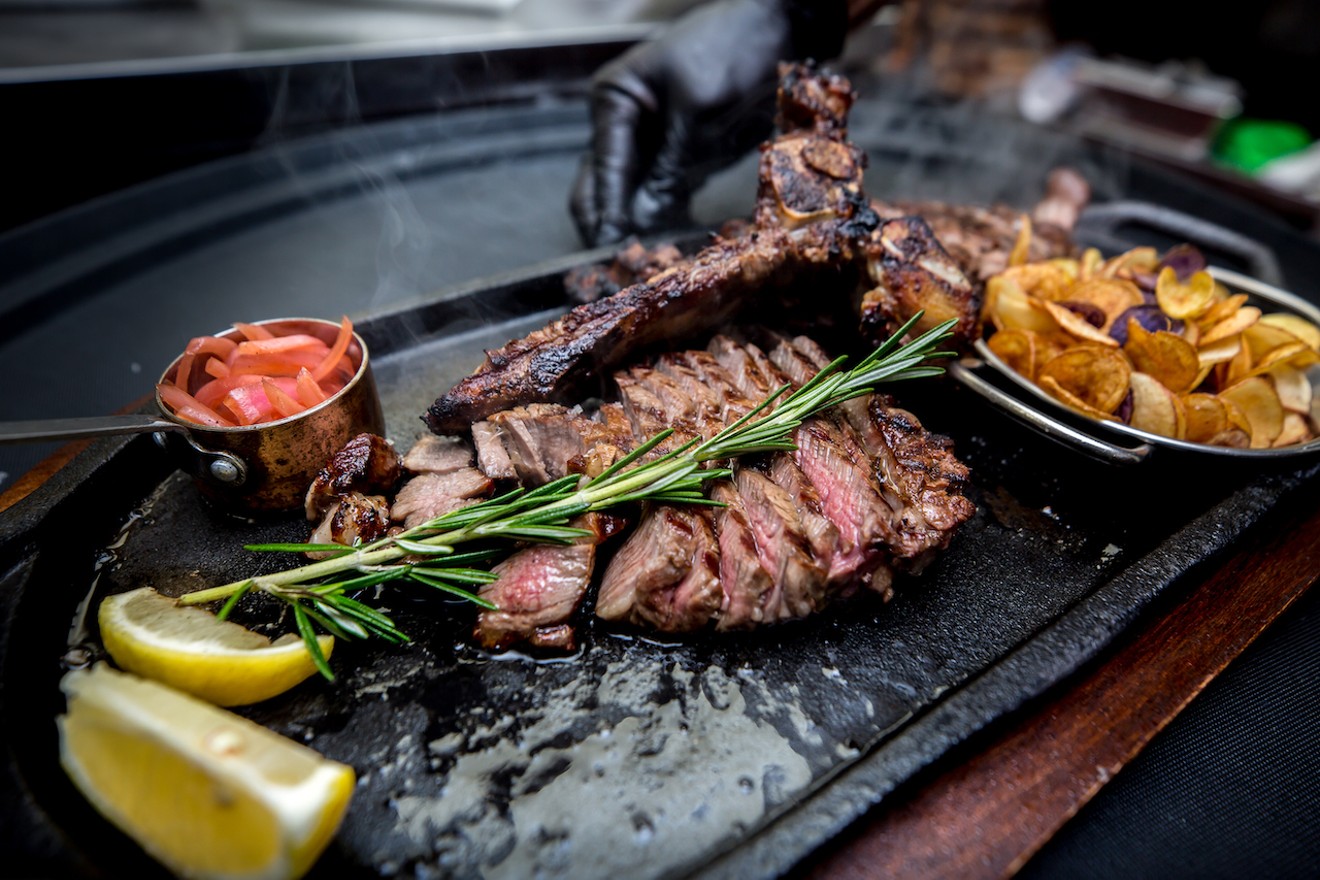 Jones (Mandrake, Kiki on the River, Mokai) has taken up the space on Miracle Mile formerly inhabited by the popular happy-hour spot Tarpon Bend Bar & Grill, which shut down in 2019 after a 15-year run.

Guests walk in to a “check-in” reception desk equipped with old-school keys, situated next to a bellhop cart under a neon “Heartbreak Hotel” sign and next to an elevator "to nowhere" furnished with an infinity mirror and roses. The main dining room is decked out in grand columns, an ornate ceiling, and large booths with velvet banquettes.

“The neighborhood and the space defined the concept we wanted to create,” says Mark Lehmkuhl, creative director and partner at the restaurant. “Coral Gables didn’t have a great American brasserie, and we knew we could differentiate the concept with an over-the-top design concept and our signature brand of fun.”

Jones announced the Gramercy's impending arrival in August of 2019, but, according to the restaurant's director of operations, Carlos Cruz, the opening was delayed by pending permits and subsequently the outbreak of the COVID-19 pandemic.

In addition to the indoor dining room, the 7,000-square-foot space includes a sidewalk patio, as well as a garden terrace decked in pink and green and equipped with old-school vintage telephones on each table. 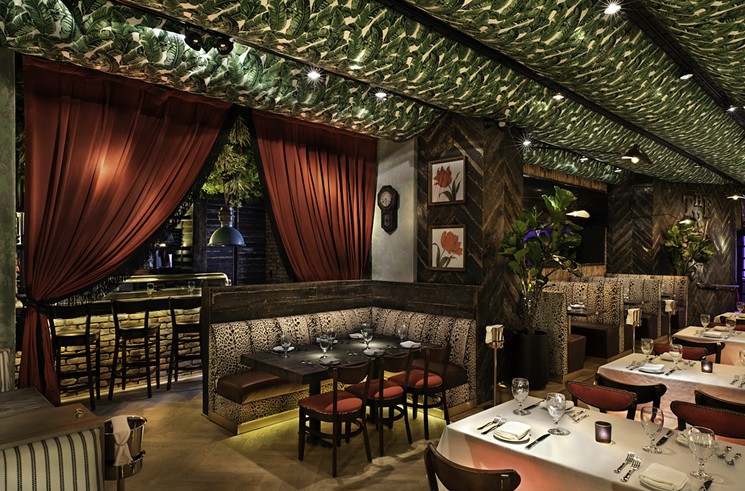 The Gramercy's main dining room.
Photo courtesy of the Gramercy
The menu crisscrosses American and French cuisines in dishes such as truffle caviar deviled eggs ($16), a baked potato loaded with bacon, cheddar cheese, butter, crème fraîche, and topped with caviar ($14), and braised prime rib served with a natural jus, horseradish sauce, and asparagus ($59).

"The classic American brasserie menu is as old as time," Lehmkuhl tells New Times. "Rather than adapting the menu to Miami tastes, we focused on making sure all the dishes from the extensive menu — from the steaks to the salads to the soups — were done perfectly in the French tradition."

The brasserie offerings are balanced by options from a sushi counter helmed by Sylvio Richardson (formerly of Nobu), including tuna and salmon crispy rice ($14) and signature rolls such as the "Wagyu Surf and Turf," rolled with avocado, masago, lobster tempura, serrano peppers, and a house special sauce ($34).

An extensive wine list is complemented by signature cocktails; the latter range from the “Crème de la Crème,” made with vodka, coconut liquor, vermouth, and a watermelon ice cube, to the “Savvy Botanist," a concoction of gin, green chartreuse, pineapple-blueberry syrup, dill, and lime.

The Gramercy. 65 Miracle Mile, Coral Gables; 786-747-4854; thegramercymiami.com. Monday through Thursday 11:30 a.m. to 11 p.m. and Friday through Sunday 11:30 a.m. to midnight.
KEEP MIAMI NEW TIMES FREE... Since we started Miami New Times, it has been defined as the free, independent voice of Miami, and we'd like to keep it that way. With local media under siege, it's more important than ever for us to rally support behind funding our local journalism. You can help by participating in our "I Support" program, allowing us to keep offering readers access to our incisive coverage of local news, food and culture with no paywalls.
Make a one-time donation today for as little as $1.
Juliana Accioly
Contact: Juliana Accioly