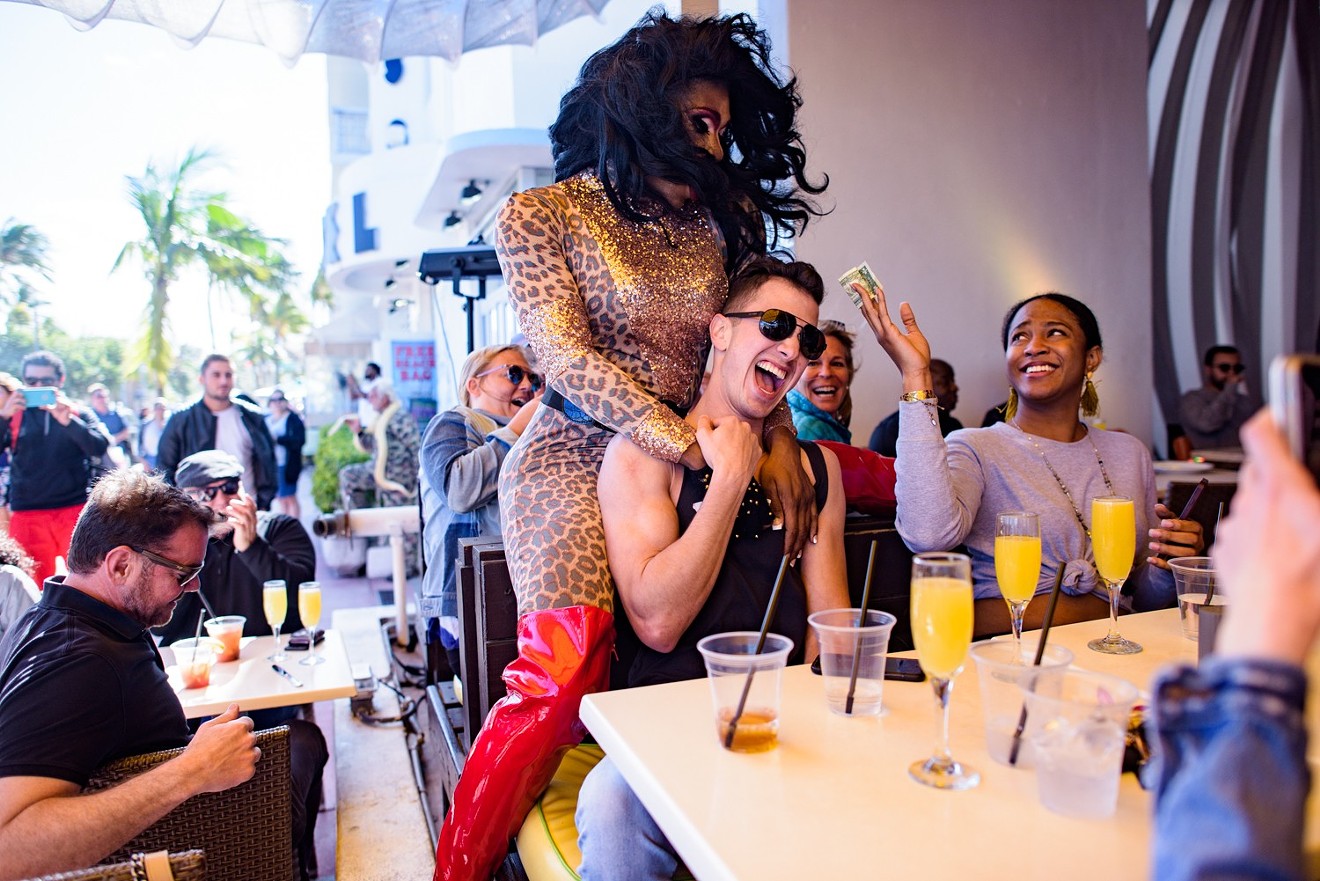 The Palace's drag brunch has been named one of the country's top 100 spots. Karli Evans
Every Sunday, drag queens in colorful costumes take over the sidewalk outside Miami Beach's Palace Bar to bust moves and belt out pop songs for hungry patrons and passersby.

It's not just brunch. It's drag brunch — one so hot it's been ranked among the finest in the nation, according to OpenTable, which yesterday released its annual "100 Best Brunch Restaurants in America."

The list was culled from more than 12 million OpenTable verified diner reviews of more than 30,000 establishments in 24 states between March 1, and February 28, tagged with the word "brunch."

Six spots in the Sunshine State made this year's list, including Louie Bossi Ristorante in Fort Lauderdale. Florida is one of the top states with multiple placings. California is the most recognized, with 16 restaurants, followed by New York, with 12, and Illinois and Pennsylvania, with eight each.

The Palace presents drag shows every Friday and Saturday, but the Sunday "Brunchic" is where it's at. For $45 per person, guests are treated to an action-packed show accompanying a menu of dishes that change weekly. Options often include items such as steak, seafood, and traditional breakfast like pancakes and French toast. An extra $20 guarantees unlimited mimosas, and $13 brings mint lemonade-spiked Ketel One vodka. The Palace's à la carte menu — including salads, tacos, pasta, pizza, sandwiches, and burgers — is also available.

Be sure to call ahead for an outdoor seat to watch the show: Those coveted tables are usually reserved days — sometimes weeks — in advance.

Palace Bar & Restaurant. 1052 Ocean Dr., Miami Beach; 305-531-7234; palacesouthbeach.com.
KEEP MIAMI NEW TIMES FREE... Since we started Miami New Times, it has been defined as the free, independent voice of Miami, and we'd like to keep it that way. With local media under siege, it's more important than ever for us to rally support behind funding our local journalism. You can help by participating in our "I Support" program, allowing us to keep offering readers access to our incisive coverage of local news, food and culture with no paywalls.
Make a one-time donation today for as little as $1.