Mayfair Hotel in Coconut Grove to Reopen With Restaurants by Lost Boy & Co. 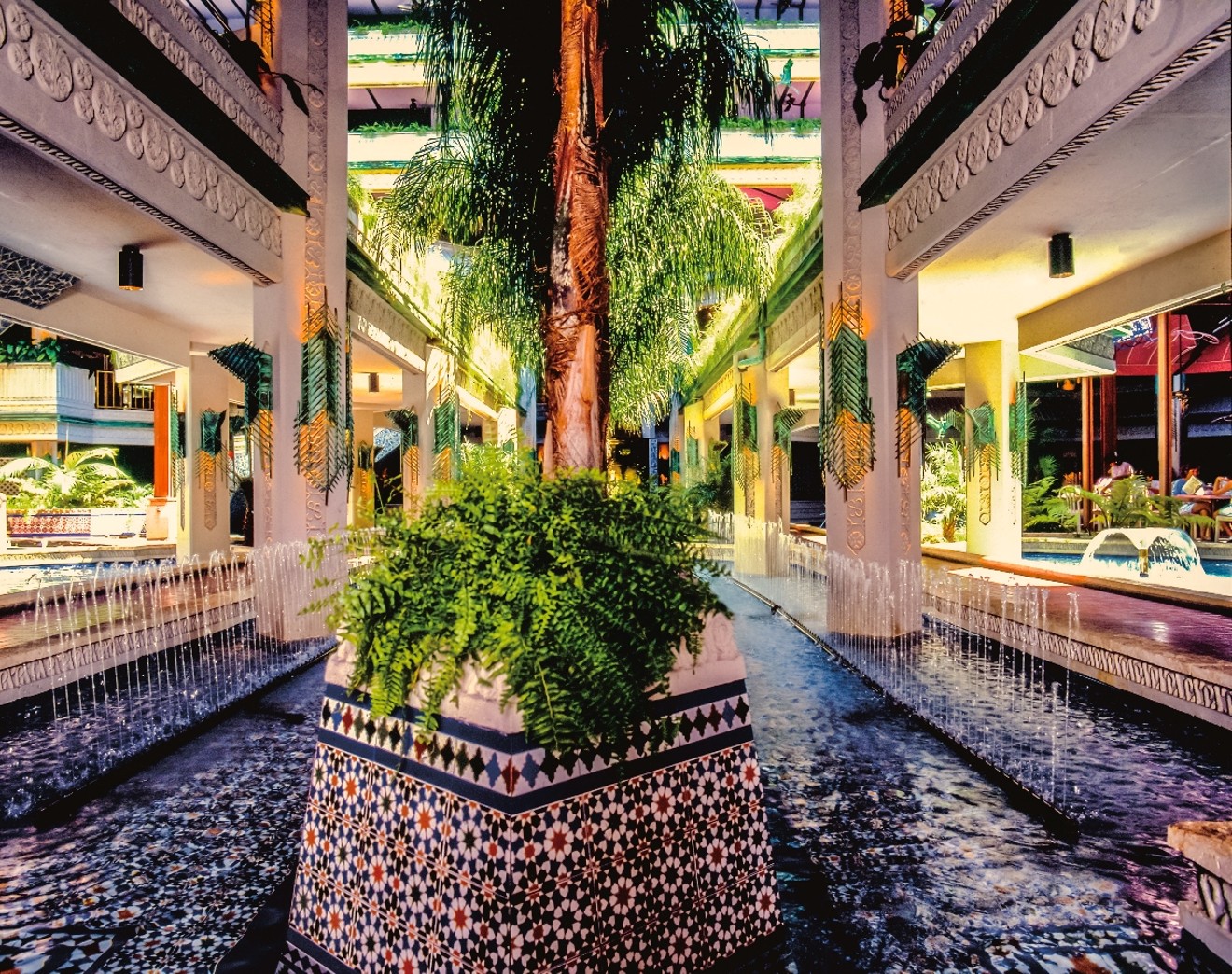 The atrium at the Mayfair House Hotel & Garden. Photo by Dan Forer
For decades, the Mayfair was Miami's anti-hotel. The 179-suite property in Coconut Grove was a lush, bohemian oasis that was a favorite for weddings and other special occasions.

In 2019, the hotel was sold to Brookfield Asset Management for about $40 million. The new owners closed the property in 209 for renovations, putting about $50 million into the remodel.

The Mayfair will also be home to two original food and beverage outlets by Lost Boy & Co., the owner/operator of downtown Miami's Lost Boy Dry Goods.

The eponymous Mayfair Grill restaurant, garden-café, and atrium bar will serve a menu inspired by the flavors of the American Southwest. Lost Boy cofounder Chris Hudnall, who grew up in Arizona, explains the concept: "I'm originally from Arizona and we saw an opportunity in Miami for this Sonoran-style Southwestern cuisine."

Hudnall and partner Randy Alonso used the space's original wood-fired oven and grill space as inspiration. "We've been intrigued with wood-fired cooking," Hudnall says, adding that Sonoran cuisine takes many cues from Mexico. "The dishes use Sonoran peppers and spice rubs on the meats to give the food a confluence of flavors."

Alonso notes that every cooked dish will either be fired on the giant nine-foot grill or in the wood oven. "We didn't design anything else but those two cooking units, which I think is an awesome culinary point."

The Mayfair Grill will offer a cocktail program that focuses on agave-based spirits. "We're really focusing on mezcal and tequila, which have always been passions of mine," says Hudnall.

Upstairs, hotel guests can enjoy cocktails and food at Sipsip, the rooftop bar and restaurant on the pool deck that will pay tribute to Coconut Grove's Bahamian roots. Sipsip, which is Bahamian slang for "news of the day," will stock an extensive rum selection and a menu of Caribbean-influenced dishes. Bartenders will mix bespoke rum punches from two bar carts wheeled throughout the pool deck, and the cocktail menu will focus on Bahamian rum cocktails. Sipsip will be open to hotel guests, with reservations available for non-guests "in the know."

Alonso says he and Hudnall have spent three years working on the two restaurants at the Mayfair. "We started conceptualizing pre-pandemic. It's been the most exciting project we've worked on so far."

He adds that he hopes people enjoy Lost Boy's vision once the Mayfair opens. "There's one common thread in all we do: We really believe in bringing things back to life. How can we tell a story?"

The Mayfair House Hotel & Garden. 3000 Florida Ave., Miami; MayfairHouseMiami.com. Opens late summer 2022. Reservations are currently being accepted.
KEEP MIAMI NEW TIMES FREE... Since we started Miami New Times, it has been defined as the free, independent voice of Miami, and we'd like to keep it that way. With local media under siege, it's more important than ever for us to rally support behind funding our local journalism. You can help by participating in our "I Support" program, allowing us to keep offering readers access to our incisive coverage of local news, food and culture with no paywalls.
Make a one-time donation today for as little as $1.