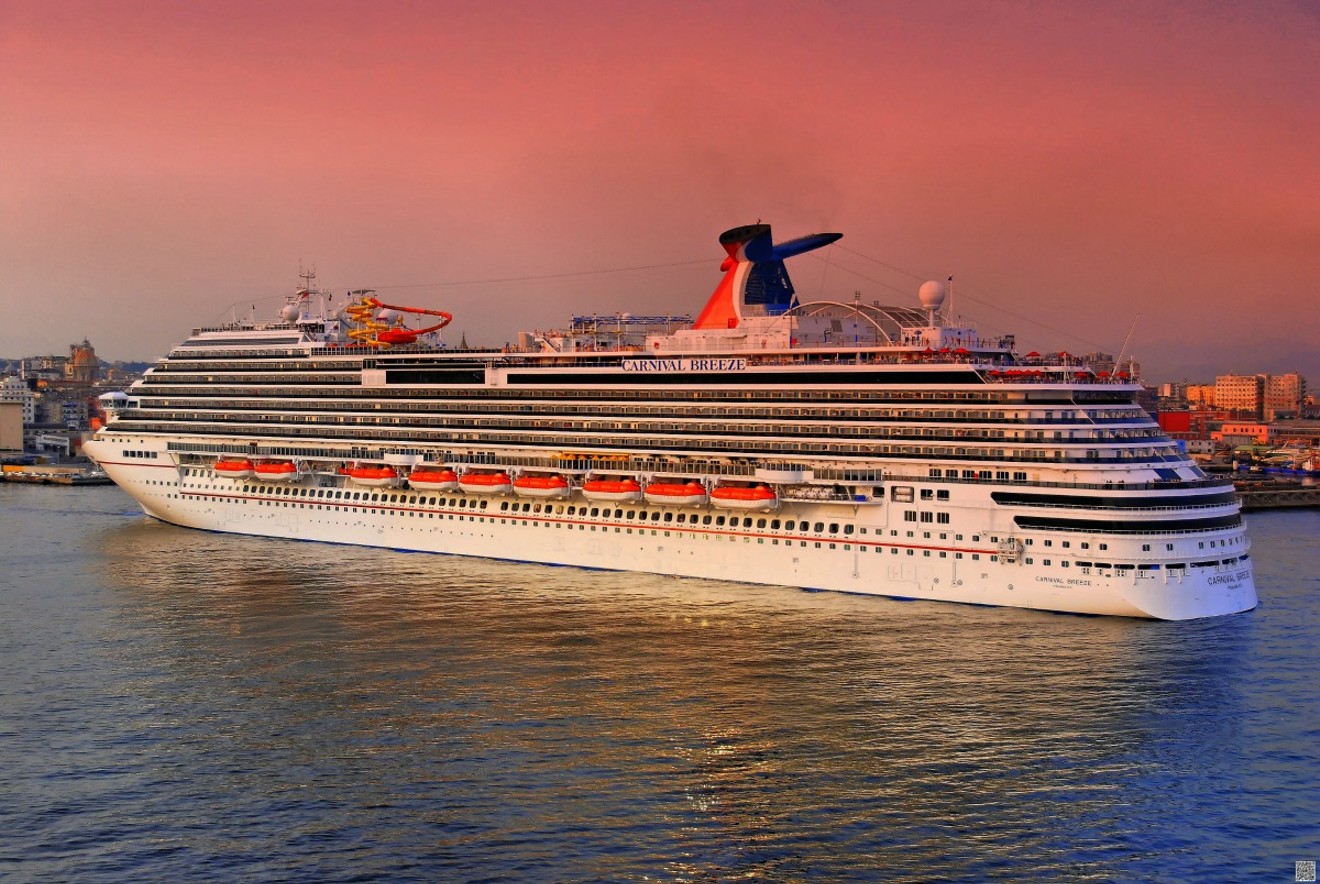 A Florida mother is suing Carnival after her 15-year-old daughter was sexually assaulted during their cruise. Photo by Raging Wire / Flickr
In the fall of 2015, a Florida woman boarded the Carnival Breeze with her 15-year-old daughter and set sail for the Caribbean. It was October 3, the last leg of the eight-day voyage. As she had done several nights of the cruise, the girl stopped by Deck 4 to check out the ship's alcohol-free club, which catered to 15-to-17-year-olds.

While inside, the girl says, she saw a group of drunk men being kicked out of the club after someone noticed they were too old to be there. It wouldn't be her last encounter with them: A lawsuit filed last week in federal court says the teen was attacked by the men as she left the club to get ice cream on another deck.

The complaint, filed by the girl's mother, says the five men grabbed the teen, pushed her into an elevator, and dragged her down a hallway to one of the men's rooms. There, the girl says, she was stripped, forced to perform oral sex, and violently raped. Until the group entered the stateroom, the ship's surveillance cameras were capturing their every movement, according to the suit.

The lawsuit accuses the cruise line of negligence, saying Carnival failed to deliver the safe and comfortable environment it promises teen guests and lacked "adequate security to protect minor passengers from pedophiles and other sorts of sexual attackers."

Brais says the cruise line should have surveillance cameras and stopped the men from lurking outside the club.

Carnival has not yet responded to the allegations in court and did not answer an email from New Times seeking comment on the lawsuit.

Far from an isolated incident, sexual assault is one of the most reported crimes at sea, and Carnival itself has a long history of onboard sex crimes. The phenomenon is unfortunately so common that there's even an online support organization for victims of cruise ship rape.

The 15-year-old victim in the complaint against Carnival is identified only by her initials. Her attorney, Keith Brais of Miami, says the family "is not doing well."

"It was an extremely traumatic event for both the minor and the parents," he says.

According to Brais, the assault has been reported to Miami-Dade Police, though the perpetrators have not yet been positively identified.

Update, January 13- Carnival spokeswoman Jennifer De La Cruz provided the following statement to New Times: "We strongly disagree with the factual allegations in the complaint and intend to vigorously defend ourselves."