Florida Now Has One-Third of Nation's Top Cities for Fraud — and, of Course, Miami Is Number One 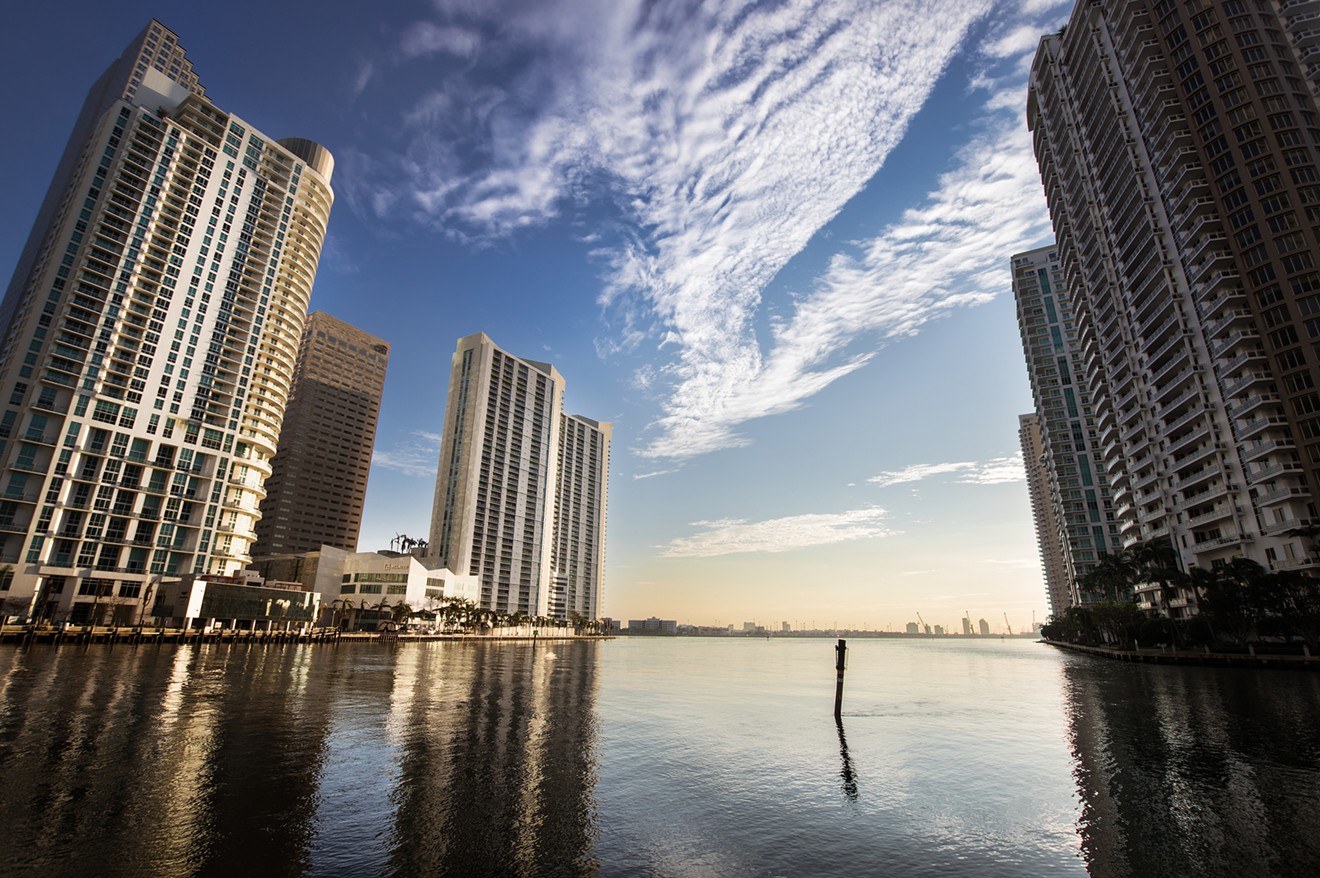 A new report from the Federal Trade Commission (FTC) now confirms as much: Last year, Florida was home to 18 of the country's top 50 cities for fraud, according to consumer reports tabulated by the agency. Jimmy Patronis, the state's chief financial officer, issued a news release Tuesday calling Florida's fraud and identity theft rates "outrageous and totally unacceptable."

"From insurance fraud to spoofing calls, criminals are making a living off of the backs of Floridians by stealing your hard-earned money," Patronis stated.

The FTC report found 1,002 incidents of fraud for every 100,000 people in Florida — the highest rate of any state. Georgia, the second-most fraud-ridden state, had a far lower rate of 894 reports per 100,000 residents.

As a result, Floridians lost more than $84 million last year. 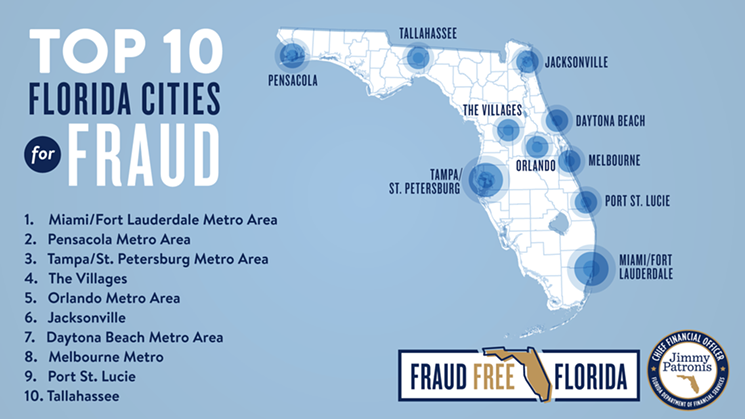 courtesy of Fraud-Free Florida
While the Central Florida area of Homosassa Springs had the highest rate of fraud in terms of its population size, the Miami-Fort Lauderdale metro area owned the highest number of fraud reports across the state. All of Florida's largest cities, including Tampa, Orlando, and Jacksonville, made the nationwide list of the top 50 metro areas for fraud.

The problem is apparently so bad that the state recently launched an initiative called Fraud-Free Florida to encourage the public to report scams and swindles. The website includes a comprehensive list of the state's most harebrained schemes, from the classic "grandparent scam" to fraud attempts via Facebook messenger.

The state will now host workshops to educate seniors and their families about spotting potential fraud. The Florida Department of Financial Services says seniors and the elderly are most likely to fall victim to investment, romance, and tech-support scams.

Although Florida is still a fraudster's paradise, there was some good news in the FTC report. In the past, the Sunshine State has ranked highest in the nation for identity theft, but in recent years, it's been bumped down the list. The most recent report puts Florida at number four for reports of identity theft, trailing Georgia, Nevada, and California.
KEEP MIAMI NEW TIMES FREE... Since we started Miami New Times, it has been defined as the free, independent voice of Miami, and we'd like to keep it that way. With local media under siege, it's more important than ever for us to rally support behind funding our local journalism. You can help by participating in our "I Support" program, allowing us to keep offering readers access to our incisive coverage of local news, food and culture with no paywalls.
Make a one-time donation today for as little as $1.