The Ten Best Things to Do in MiamI This Weekend 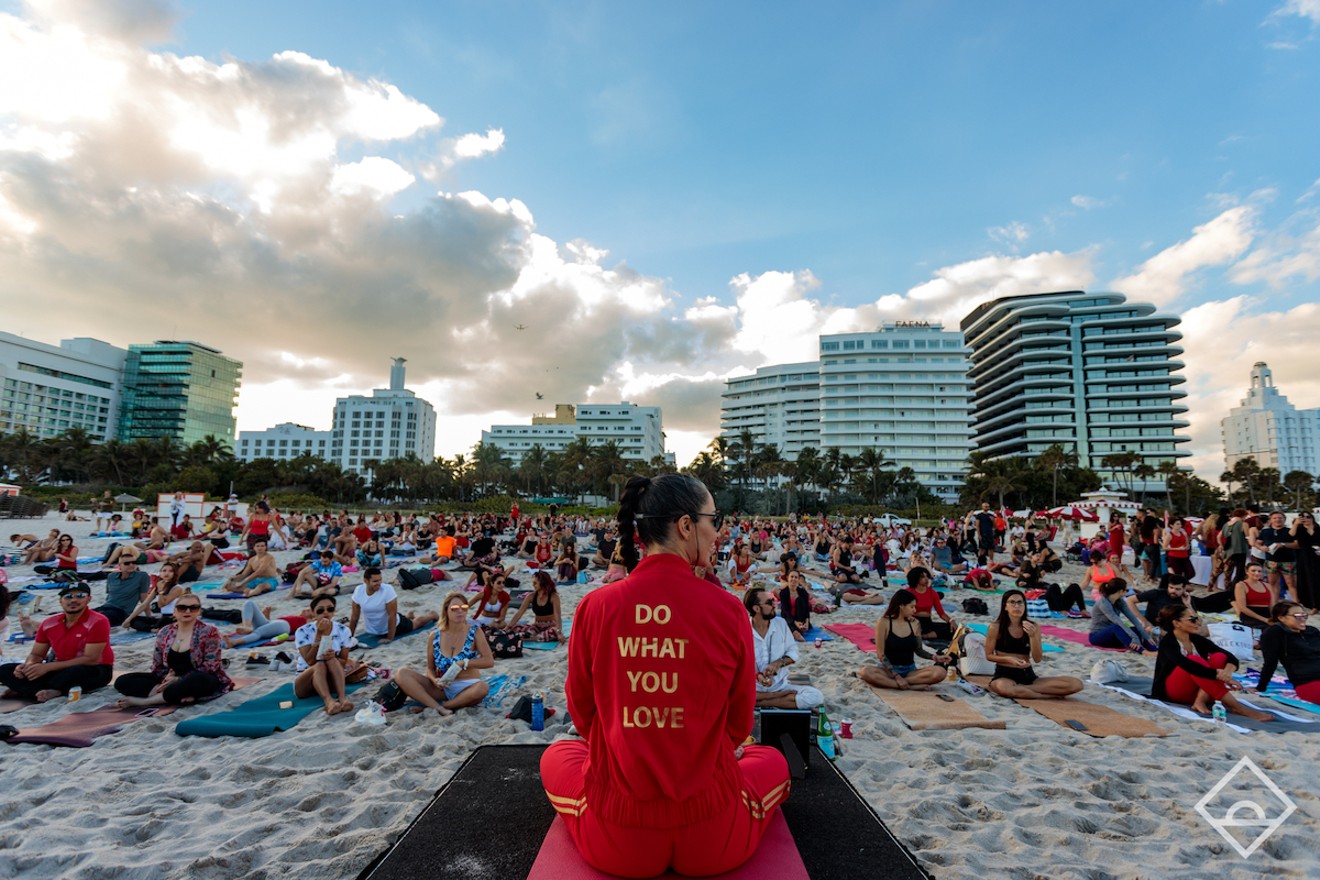 Fans of classic horror films should head to Savor Cinema for Ladies Frights on Friday and Saturday. Presented by Popcorn Frights, the series centers on classic femme horror, including a double bill of Heathers and Elvira: Mistress of the Dark on Friday and Hello Mary Lou: Prom Night II on Saturday. There’ll be yummy bites from the Cucina Bambina food truck, featuring a special Heathers-inspired dish. 8 and 10 p.m. Friday and 9 p.m. Saturday, at Savor Cinema, 503 SE Sixth St., Fort Lauderdale; popcornfrights.com. Tickets cost $10 to $15 via eventbrite.com. Ashley-Anna Aboreden

Pull out your leather jacket and black eyeliner — Hard Rock Stadium is throwing it way back with Mötley Crüe and Def Leppard on Saturday. If that wasn't enough, Poison and Joan Jett and the Blackhearts are also on the bill. The '80s rockers are embarking on a stadium tour this summer, playing fan favorites like "Smokin' in the Boys Room" and “Pour Some Sugar on Me.” 4:30 p.m. Saturday, at Hard Rock Stadium, 347 Don Shula Dr., Miami Gardens; 305-943-8000; hardrockstadium.com. Tickets cost $43.50 to $143.50 via ticketmaster.com. Ashley-Anna Aboreden 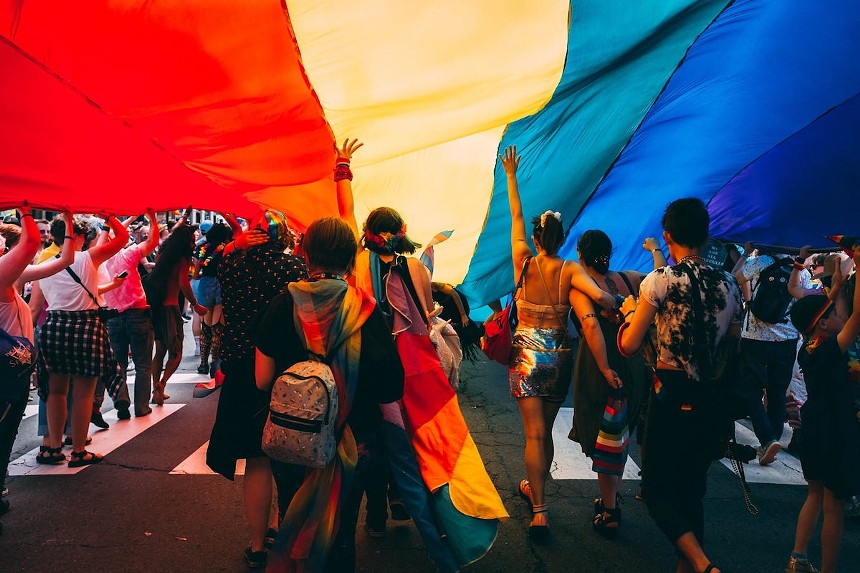 Stonewall Pride Parade & Street Festival: See Saturday
Photo courtesy of Stonewall Pride
The ultimate daytime renewal party, Daybreaker, returns to Miami Beach as part of its Natüre Tour. The party usually takes place in the morning, but this time it's switching things up by getting things started at dusk. It kicks off with a yoga session soundtracked by live musicians, followed by an immersive dance party. The event takes place on the beach right behind the Faena Miami Beach; to avoid polluting there won't be any single-use plastics — but healthy food and nonalcoholic cocktails will be available for purchase. 6:30 to 10 p.m. at Faena Miami Beach, 3201 Collins Ave., Miami Beach; daybreaker.com. Tickets cost $30 to $40 via eventbrite.com. Ashley-Anna Aboreden

Since 1999, the Stonewall Pride Parade & Street Festival has taken over Wilton Drive to celebrate Pride Month — but it’s more than a party. As a celebration of the historic Stonewall Riots, the parade boosts the economy of Wilton Manors, a small, LGBQT+-friendly city north of Fort Lauderdale. Each year, crowds upward of 35,000 people show up to celebrate the beauty of the queer community. In addition to the Twilight Parade at 7 p.m., there will be seven stages filled with entertainment. This year's grand marshals are NBC 6 meteorologist Steve MacLaughlin and transgender activist Misty Eyez. 3 to 11 p.m. Saturday, at 2300 Wilton Dr., Wilton Manors; stonewallpride.lgbt. Tickets cost $7 to $10. Ashley-Anna Aboreden

As part of its After Hours series, Coral Gables Art Cinema screens Jane Schoenbrun’s We’re All Going to the World’s Fair on Saturday. Anna Cobb stars as Casey, who steps into an online horror game titled "The World’s Fair Challenge" and discovers that everything is not always what it seems. Spotlighting the current era of the internet and entertainment, the film follows Casey’s experience through video uploads of her playing the cryptic game. Later, she finds herself lost between the concept of dream and reality, but a mysterious figure reaches out to pull her away from the confines of the hellish fantasy world. 10 p.m. Saturday, at Coral Gables Art Cinema, 260 Aragon Ave., Coral Gables; 786-472-2249; gablescinema.com. Tickets cost $8 to $11.75. Sophia Medina During June, Brickell City Centre is celebrating Pride Month, and on Sunday, you can make cocktails with RuPaul’s Drag Race contestant and fan favorite Ginger Minj. She'll be leading a Chambord-centered cocktail-making class that will have you laughing, sipping, and learning. Plus, you’ll get some great photo ops. Classes run twice an hour for the duration of the event, which is first come, first served. 2 to 7 p.m. Sunday, at Brickell City Centre, 701 S. Miami Ave., Level 2 Garden Deck, Miami; brickellcitycentre.com. Admission is free. Ashley-Anna Aboreden

On Sunday, Hued Songs presents the Juneteenth Experience at the North Beach Bandshell. The multidisciplinary, immersive performance celebrates freedom with Black artists, culture, and community. The night's performances range from spoken word to dance with a cast of local artists that includes Ace Anderson, Shanna Woods, Vanya Allen, Miriam King, J’Von Brown, Jasmine Williams, Christian Reategui, and Stephan St. Louis. 8 p.m. Sunday, at the North Beach Bandshell, 7275 Collins Ave., Miami Beach; 786-453-2897; northbeachbandshell.com. Admission is free with RSVP. Jose D. Duran
KEEP MIAMI NEW TIMES FREE... Since we started Miami New Times, it has been defined as the free, independent voice of Miami, and we'd like to keep it that way. With local media under siege, it's more important than ever for us to rally support behind funding our local journalism. You can help by participating in our "I Support" program, allowing us to keep offering readers access to our incisive coverage of local news, food and culture with no paywalls.
Make a one-time donation today for as little as $1.