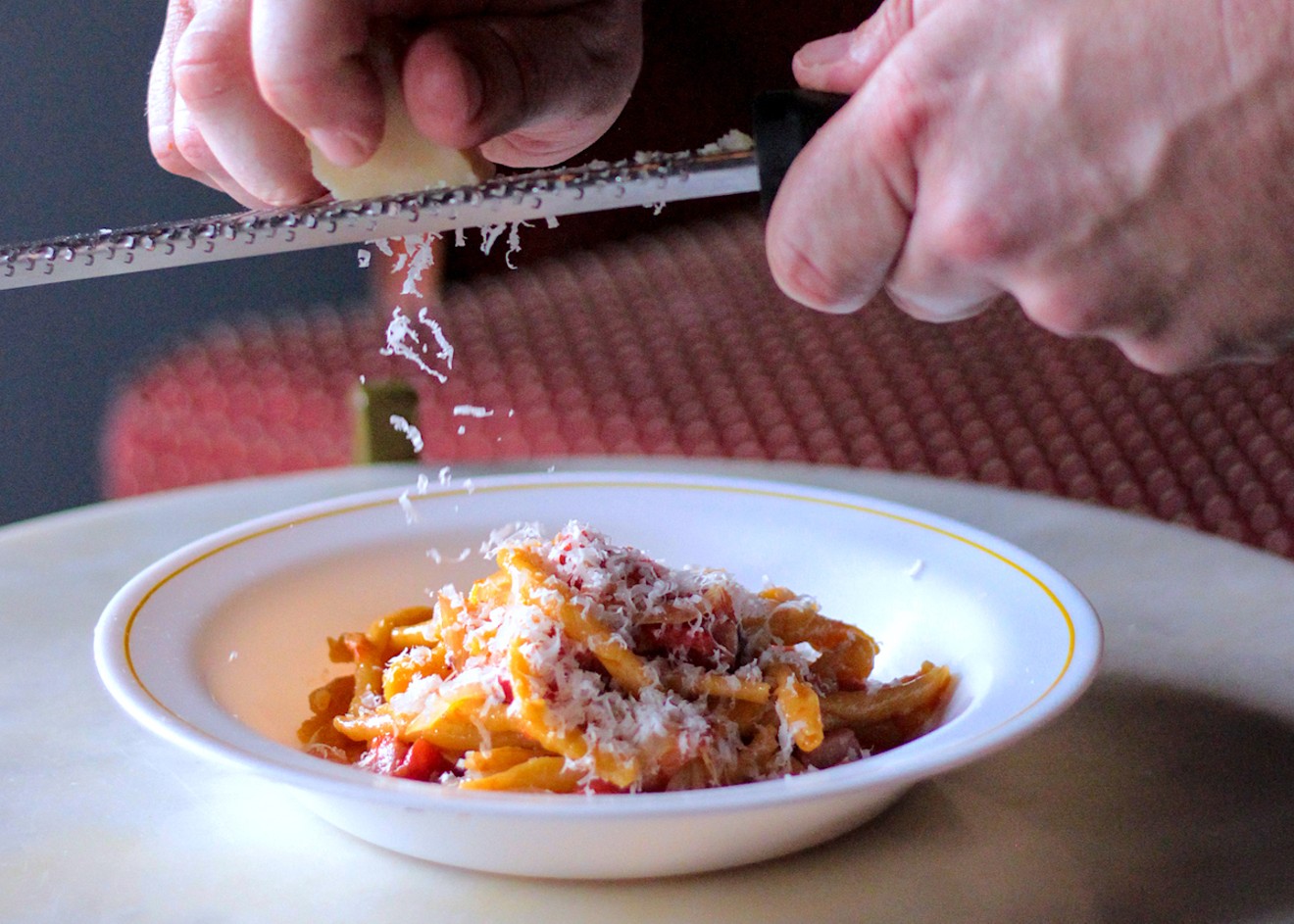 Beltran tells New Times that when the opportunity arose to take over the space at the edge of Miami's Shenandoah neighborhood earlier this year, it felt like he was coming home.

Formerly the Mighty, Beltran took three months revamping the longtime Coral Way establishment from a burger and beer bar to a more upscale take on a classic cocktail lounge.

"I grew up in that neighborhood and remember walking the streets as a kid. I feel very connected to this area. My grandparents still live just a few blocks away," adds Beltran. "I always believed this space was special, but it was important for me to create a new school cocktail bar ambiance that felt comfortable and fun, without being stuffy."

Known for his growing family of Coconut Grove restaurants, Beltran stays busy between his newly-minted Michelin star restaurant Ariete, Navé (listed on the Michelin Guide), and Chug’s (a recipient of Michelin's Bib Gourmand nod), as well as bars like the Taurus and ScapeGoat in Miami Beach.

Now, with the Gibson Room, the chef says he's created the ideal space for locals to meet up after work or on weekends to mingle, share some food, and listen to music with a cocktail in hand. 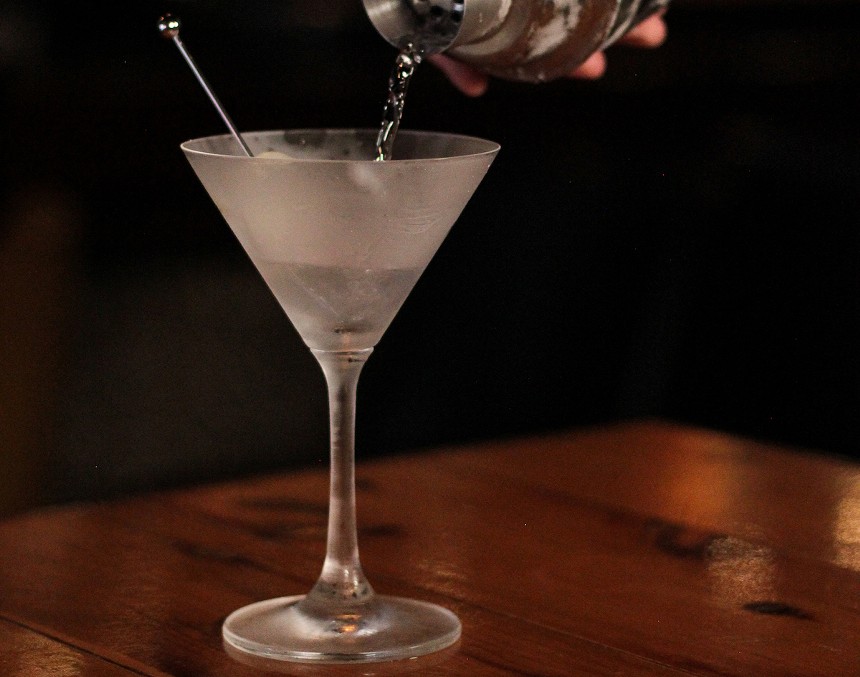 "The Gibson" martini at the Gibson Room
Photo courtesy of the Gibson Room
"We want you to feel the smoky, sexy Chicago blues energy and the New Orleans vibe the moment you walk in," he shares. "And the menu is a reflection of what the space is supposed to be: fun and delicious."

Crafting the dishes alongside Beltran is the Gibson Room executive chef Kris Huseby, a longtime friend who shared the line with Beltran at Michael Schwartz's Cypress Room.

"He was the first person I thought of when we decided to transform the Mighty into the Gibson Room," said Beltran. "I coaxed him from retirement to bring him here, and the menu wouldn't be what it is without him. He cooks with a lot of soul and did the menu and the space a lot of justice, and to me, that love and that soul is what makes the Gibson Room special."

To that end, Beltran and Huseby have taken the cocktail bar theme to new heights with bar snacks like uni-butter-drenched popcorn, chicken truffle croquetas, and charcuterie prepared in-house. For now, find an indulgent chicken liver mousse, country pate, and morcilla as part of a program Huseby says he'll expand over time.

Likewise, appetizers are elevated comfort fare, everything from grilled oysters and a "Big Ass Caesar Salad" to the "Tamal en Cazuela," already a favorite dish of pan-roasted foie gras served with crispy duck chicharrón and side of dried fruit.

The star dessert is a lemon panatela that presents as an upmarket take on lemon pound cake, one of Beltran's favorite childhood treats. It's served warm alongside a scoop of vanilla ice cream.

"I remember sharing warm pound cake with my mom, dunking bites into the melting ice cream. It's simple things like that, these memories reborn that really make this place special."

The Gibson Room. 2224 Coral Way, Miami; 305-570-4311; thegibsonroommiami.com. Wednesday through Saturday 5 p.m. to 3 a.m., and Sunday through Tuesday 5 p.m. to 1 a.m.
KEEP MIAMI NEW TIMES FREE... Since we started Miami New Times, it has been defined as the free, independent voice of Miami, and we'd like to keep it that way. With local media under siege, it's more important than ever for us to rally support behind funding our local journalism. You can help by participating in our "I Support" program, allowing us to keep offering readers access to our incisive coverage of local news, food and culture with no paywalls.
Make a one-time donation today for as little as $1.