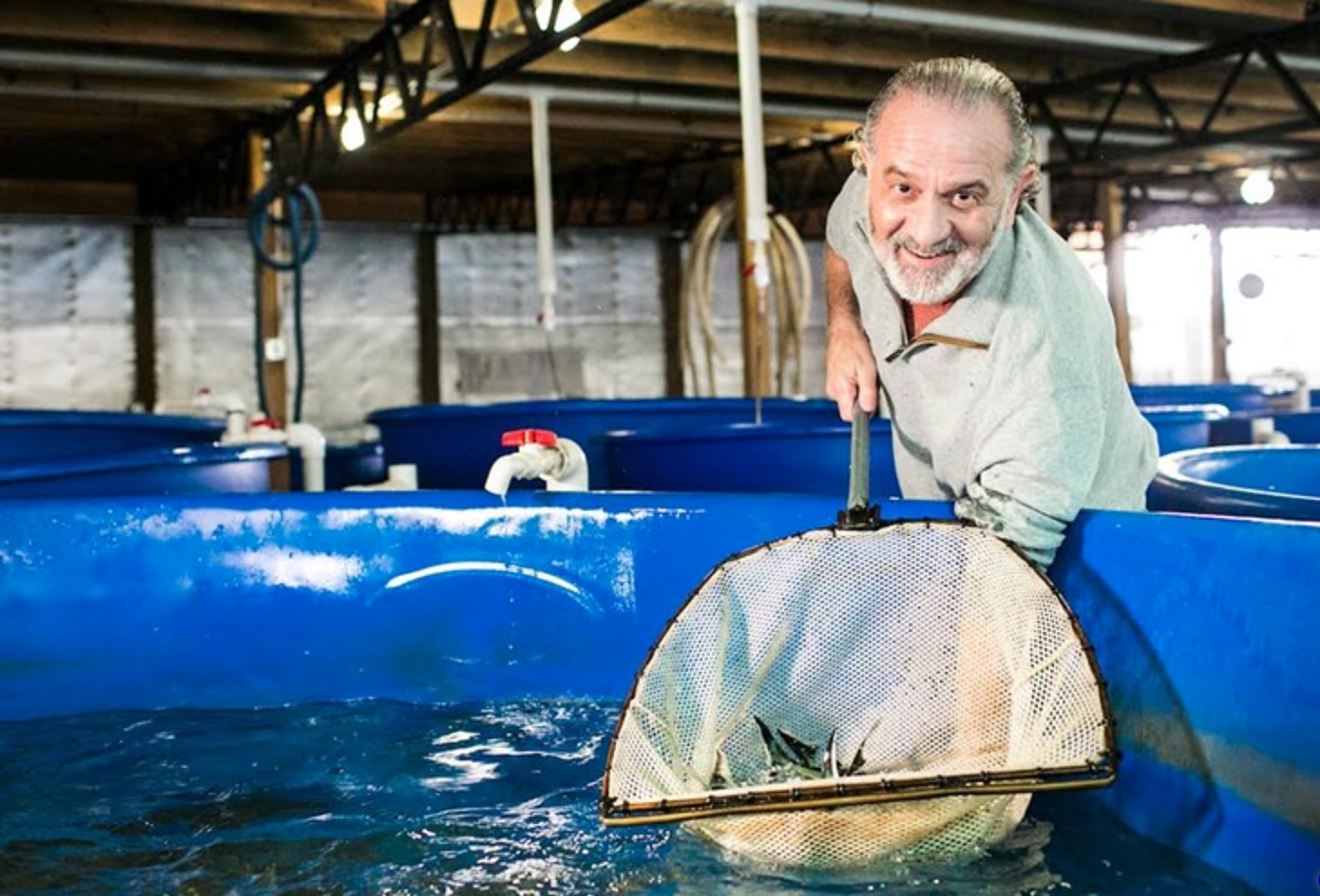 Mark Zaslavsky is cofounder of Marky's Gourmet market, and the first producer of beluga caviar in the U.S. Photo courtesy of Marky's Gourmet
Marky’s Gourmet, one of Miami's largest gourmet markets, isn't just in the business of selling its inventory of about 600 luxury foods. Recently, the company became the largest — and only— producer of beluga caviar in the United States.

This month, Marky's announced the official launch of its own sturgeon caviar. Unlike American sturgeon, wild beluga sturgeon are native to the Caspian and Black seas. The term “caviar," specifically osetra and sevruga, was traditionally reserved only for the roe of fish found in these waters.

In Sturgeon Aquafarms, the retailer has created its own Florida-based fish farm to raise beluga in captivity — a project nearly 20 years in the making.

Founded in 1983 by co-owners Mark Zaslavsky and Mark Gelman, Marky’s Gourmet is Miami's oldest caviar store. The market, which is located on the 79th Street Causeway, offers dozens of varieties, many harvested from farmed sturgeon and imported from China, Italy, France, and Israel. They include one of the four types of sturgeon-grades caviar: beluga, osetra, sterlet, and sevruga. Lower-priced caviars are produced by American paddlefish or salmon.

Over the past few decades, the caviar trade has had its drawbacks, according to Zaslavsky. Overfishing led to a U.S. ban on importing wild sturgeon caviar in 2005. And the caviar that was imported could take months — if not years — to reach U.S. shores. Not only that, but it can take 10 to 15 years for sturgeon to reproduce. (In most cases, particularly with wild sturgeon, harvesting the roe is fatal to the female.)

"When people would purchase, it was already a one-year-old product," Zaslavsky says of the old days. "But now, thanks to our Florida aquafarm, we are able to provide fresh caviar in as little as 48 hours. It's farm-to-spoon caviar: as fresh as possible."

Zaslavsky and Gelman embarked on their beluga project in 2001. Prior to the U.S. ban, Zaslavsky managed to import sturgeon from the Caspian Sea to Florida. In addition to harvesting the fish and their roe stateside to provide a legal and sustainable food source, the partners wanted to help with worldwide repopulation efforts. Since 2009, Zaslavsky says, the company has donated more than 160,000 fertilized eggs to such efforts.

Today, Zaslavsky's 10,000-square-foot aquafarm in Bascom, located an hour and a half's drive northwest of Tallahassee in the Florida panhandle, is producing beluga, sevruga, and sterlet caviar. The product is sold exclusively in the U.S., online via Markys.com and at retail stores in Miami and New York City. Pricing is similar to imported beluga caviar, starting at $420 per half-ounce and ranging from $8,000 to $15,000 per kilo.

"We're thrilled to finally introduce beluga caviar to the U.S. market," Zaslavsky says. "And we look forward to offering these unique beluga caviar products to consumers while contributing to repopulating the endangered species worldwide.”

Marky's Gourmet. 687 NE 79th St., Miami; 305-758-2005; markys.com.
KEEP MIAMI NEW TIMES FREE... Since we started Miami New Times, it has been defined as the free, independent voice of Miami, and we'd like to keep it that way. With local media under siege, it's more important than ever for us to rally support behind funding our local journalism. You can help by participating in our "I Support" program, allowing us to keep offering readers access to our incisive coverage of local news, food and culture with no paywalls.
Make a one-time donation today for as little as $1.