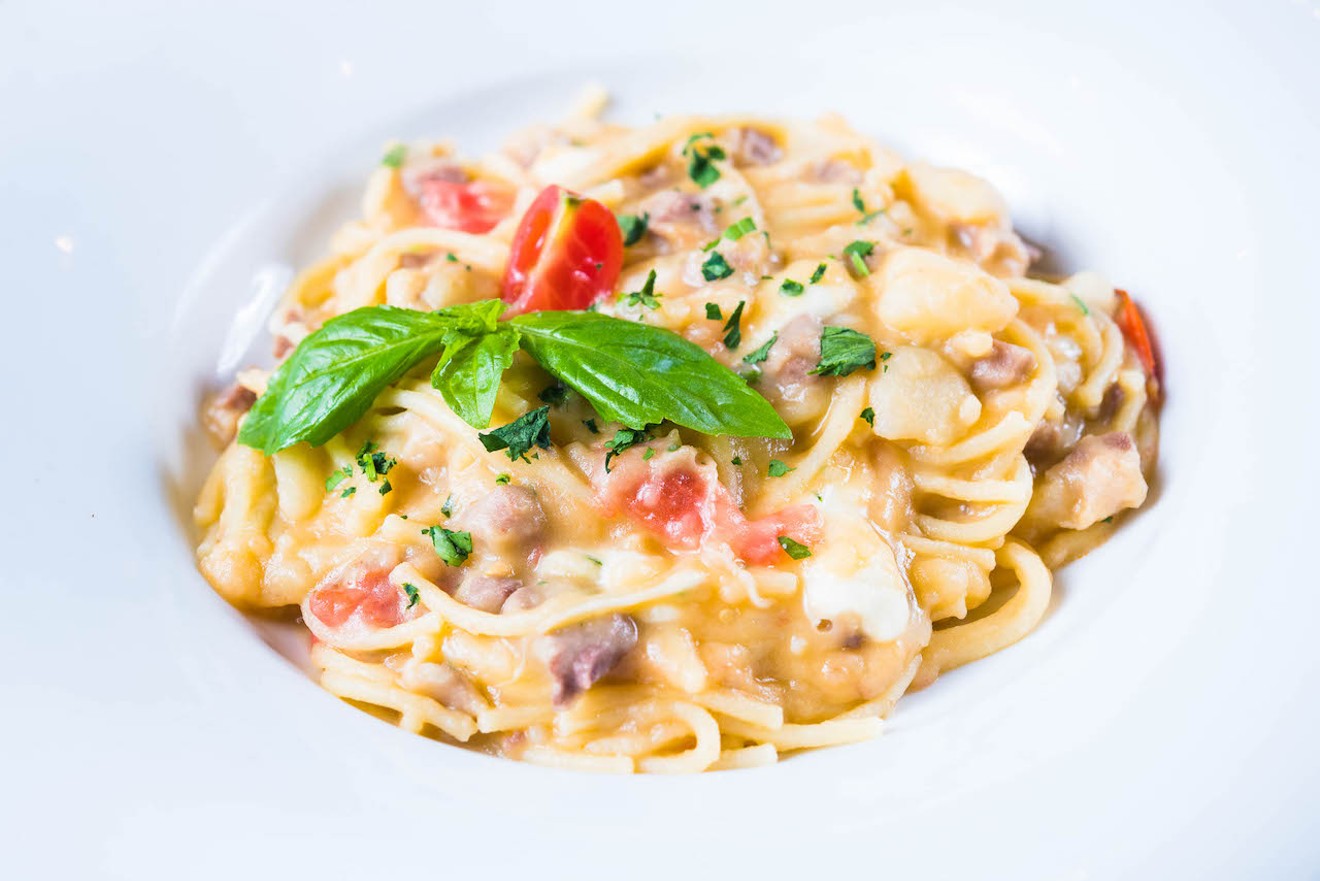 Luna Park is still all about Italian food, but the new team behind the renamed three-story complex has infused the space with different decor, flavors, and ingredients.

"Like La Centrale, we cover many regions of Italy and offer fish, meat, and vegetarian dishes, but our concepts are more specific," says Roberto Costa, Luna Park's executive chairman.

The revamping of the 40,000-square-foot food hall took two months, through which Costa says La Centrale was still operating. Luna Park debuted last month with a decor of bright colors reminiscent of the Coney Island amusement park of the same name, along with concepts ranging from grab-and-go to fine dining. In addition to offering an Italian marketplace, Luna Park also boasts five sit-down restaurants, a gelato shop, a bar, and a wine cellar.

The Italian-born Costa also operates eight restaurants in the United Kingdom and Italy, including five Macellaio RC outposts where meat is butchered to order, including Piedmontese Fassona beef, which is known for its low percentage of fat and cholesterol. For Macellaio RC's Miami location, Costa sources the same beef from a Nebraska farm.

"From an Italian point of view, when we talk about good cuisine, we talk about products," says the London-based restaurateur, who relocated to Miami in November to lead the project. "This entails knowing the origin of every ingredient and working with artisan farmers and producers. That's what we are focusing on."

Luna Park's ground floor houses Mercato — a market with a menu of coffees and pastries, a salad and panini bar, prepared meals, pizza, focaccia, and artisanal goods. There are also two sit-down establishments on this level: Antica Pizzeria, offering Neapolitan wood-fired pizza and pasta dishes; and Breakfast in America, serving all-day sweet and savory brunch fare in its indoor dining room and on the patio. 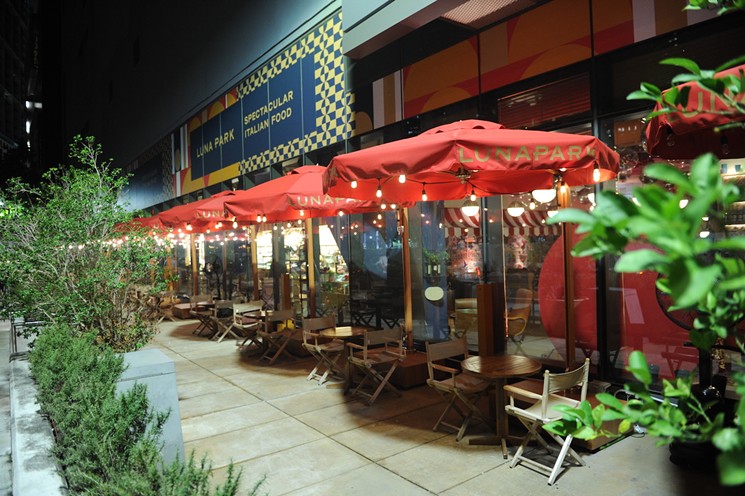 Luna Park's patio
World Red Eye
On the second floor, diners will find the bar, Giostra, which offers a daily happy hour from 5 to 8. Macellaio RC, accented in red leather, features a butcher’s counter and display of dry-aged meat and fish. Menu standouts are the nine-ounce hanger steak ($35) and a dry-aged Fassone rib steak ($69 per pound).

The fare from southern regions of Italy, such as Sicily, Puglia, and Campagnia, are found across the hall at N.O Osteria, a full-service eatery with a menu inspired by Mediterranean cuisine. The menu lists dishes such as sea bass carpaccio with three kinds of toasted bread topped with tomato, spinach, and turmeric ($21); potato gnocchi covered with 'nduja ragù and caciocavallo silano, a semihard cheese from southern Italy ($26); and seared Alaskan cod served with potatoes ($48).

Puro’s, a 35-seat gluten-free and vegetarian restaurant, offers options such as beetroot carpaccio and Parmesan ($14); fennel steak on a bed of rainbow chard salad ($19); and zucchini spaghetti topped with tahini yogurt, guacamole sauce, and toasted almonds ($22).

The lineup also includes Gelateria by Venchi, serving scoops ranging from $5 to $12. The third floor of the complex is reserved for Vino, where small bites accompany pours from the wine cellar holding more than 900 varieties. Luna Park has kept the original cooking studio, and a program of classes is slated to debut in the spring.

Costa says the next step of the project is opening a similar Italian-themed food hall in New York.

Luna Park. Brickell City Center, 701 S. Miami Ave., Miami; lunapark.com. Daily 8 a.m. to 11 p.m.
KEEP MIAMI NEW TIMES FREE... Since we started Miami New Times, it has been defined as the free, independent voice of Miami, and we'd like to keep it that way. With local media under siege, it's more important than ever for us to rally support behind funding our local journalism. You can help by participating in our "I Support" program, allowing us to keep offering readers access to our incisive coverage of local news, food and culture with no paywalls.
Make a one-time donation today for as little as $1.
Juliana Accioly
Contact: Juliana Accioly