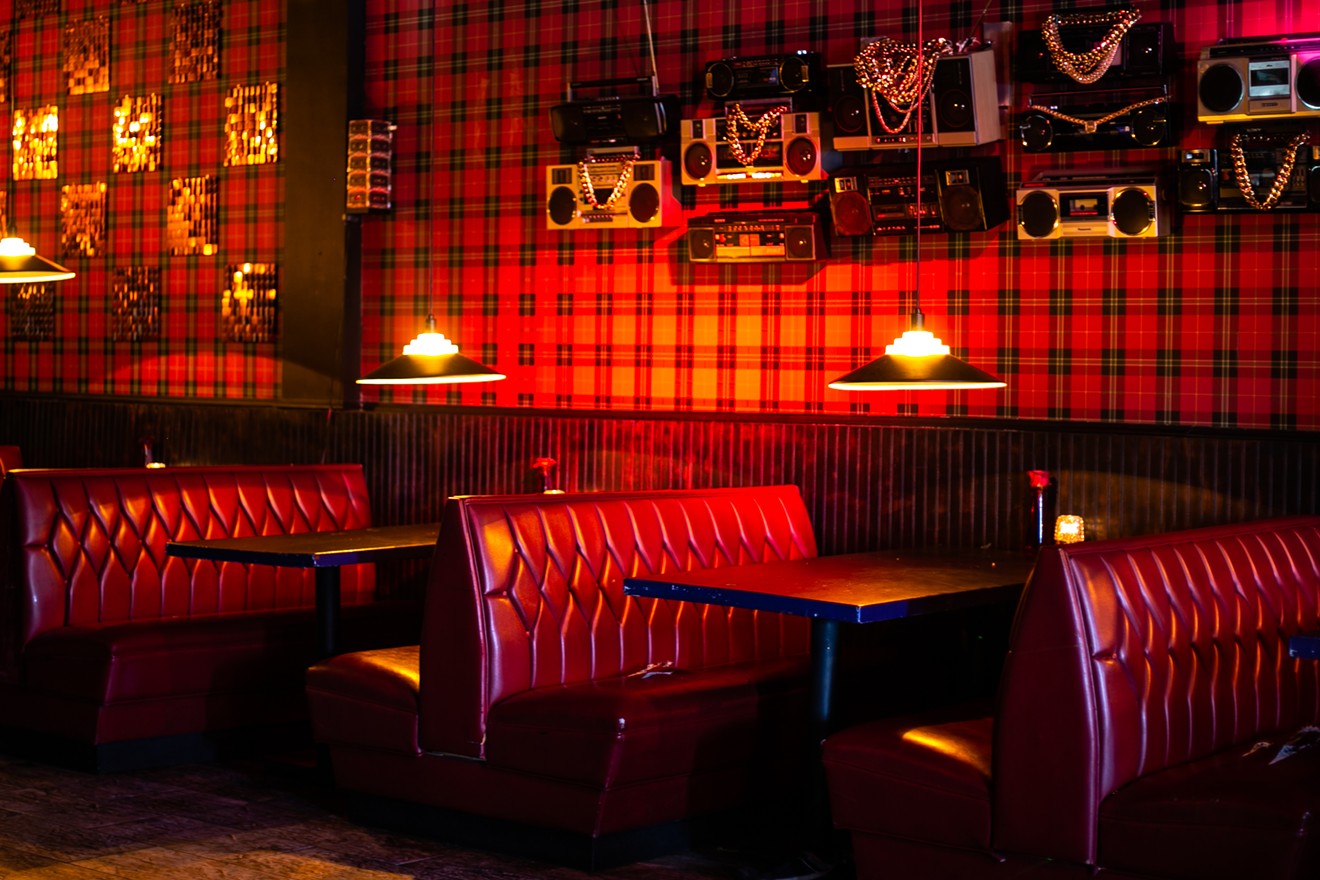 The Anderson. Courtesy of the Anderson
Updated: The Anderson's revamp is nearing completion, with El Toro Taco and the Liquor Shop opening Saturday, August 3. The 21-seat taco bar will serve made-to-order tacos and Mexican dishes using local ingredients. Wash those tacos down with beer, mezcal, and tequila. Also debuting is the Liquor Shop, selling small-batch, hand-crafted spirits from a repurposed shipping container.

The Upper Eastside lounge the Anderson has changed hands.

Restaurateur Ken Lyon finalized the purchase of the bar and restaurant from Bar Lab's Gabe Orta and Elad Zvi yesterday for an undisclosed amount.

"We are humbled to take the reins of the oldest continuous serving liquor license in Dade County," Lyon says. "Our aim is to keep the Anderson as is, albeit with a few new features and a few surprises over the next six months." He also plans to keep as much of the current staff as possible.

Lyon is referring to some upgrades he plans to make but stresses the transition and changes will go smoothly and the bar will not close while improvements are made. Instead, there will be three phases. The first upgrades will be made to the outdoor area, which should be complete in July or August.

The outdoor area's footprint will be expanded. It will also get a covered platform for DJs and other entertainment. The garden will retain its chill vibe but will get additional foliage to give it a lush feel. "We took every single plant from the Wynwood Yard," says Lyon, who, along with Della Heiman, was a partner in the Wynwood Yard.

When the taco bar is up and running, the second phase of the project will begin.

The indoor kitchen will close temporarily for some much-needed renovations. Once operational, the kitchen will offer upscale Southern food. Lyon describes a menu filled with "great fried chicken, greens, shrimp and grits, grilled fish, and a burger." Though the menu is not yet finalized, the restaurateur says the price point will be  "modest." The big picture for the interior is to add some panache to the 60-seat dining space.

Lyon also plans to revive the venue's piano-bar vibe from when it was the beloved Magnum Lounge. "We are going to bring the piano back," Lyon says. "The plan is that you'll come for dinner and there's a pianist early in the evening. Later on, a singer joins in and does a few sets." Music will range from jazz to blues.

A third phase involves a 1,200-square-foot event space that should be available by early December, in time for Art Basel. The space, Lyons says, will be used for beverage launches, private parties, seasonal events, and pop-up dinners.

Bar Lab's Gabe Orta and Elad Zvi decided to sell the bar to Lyon because of his longtime commitment to Miami's food-and-beverage scene. "We know Ken will keep the soul and culture of the Anderson, which has been built with love and attention," Orta says. "As a team, we saw an opportunity to bring the Anderson into its next chapter and fully support Ken's vision for the brand and the property. The attention and investment he intends to put into the space will take what we have built to the next level and continue to be a champion of the food-and-beverage movement of the neighborhood.”

Says Lyon: "We're very excited about the plans we're making. The Anderson won't have Bar Lab operating it, and that comes with a difference, but we're not going to change the name and we're not going to make significant changes. It's about adding layers of new opportunity without interfering with the Anderson's existence."

The Anderson. 709 NE 79th St., Miami; 305-757-3368; theandersonmiami.com.
KEEP MIAMI NEW TIMES FREE... Since we started Miami New Times, it has been defined as the free, independent voice of Miami, and we'd like to keep it that way. With local media under siege, it's more important than ever for us to rally support behind funding our local journalism. You can help by participating in our "I Support" program, allowing us to keep offering readers access to our incisive coverage of local news, food and culture with no paywalls.
Make a one-time donation today for as little as $1.