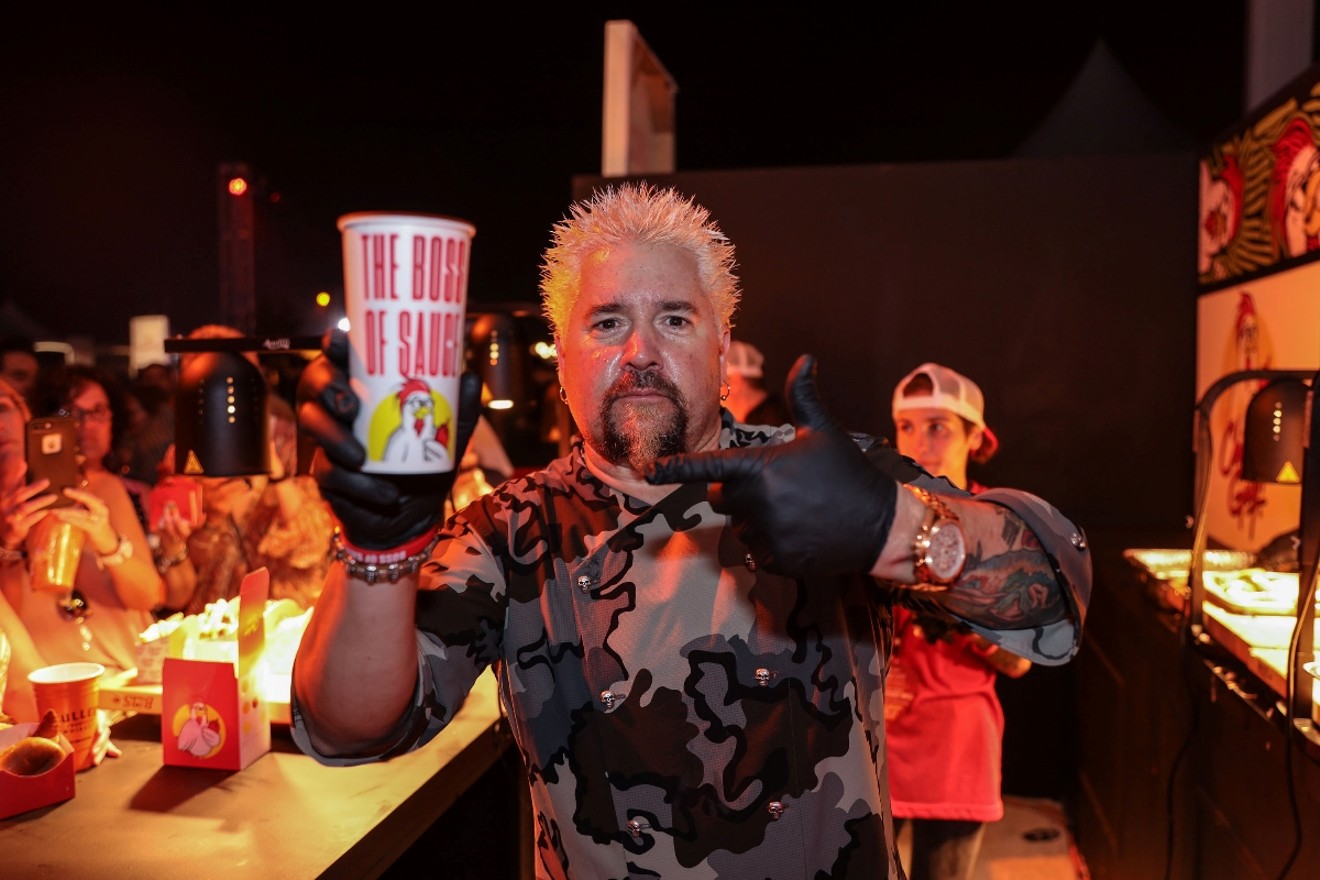 As thousands of attendees feasted on barbecue from about 30 restaurants, Fieri held court in a prominent area while adoring fans filed by for a chance at a selfie with the tattooed chef/restaurateur.

Most fans didn't realize, however, that they also got a taste of chicken tenders from the soon-to-open Chicken Guy!, which will premiere at Aventura Mall this spring at the Treats Food Hall. The fast-casual restaurant, a partnership between Fieri and restaurateur Robert Earl, serves chicken tenders with a choice of 22 signature sauces. Earl is the founder and chairman of Planet Hollywood.

This will be the second Chicken Guy! location, the first having opened at Disney Springs at Walt Disney World Resort last year.

Chicken Guy tenders weren't the only items served at the Saturday beach soiree. From brisket to , chefs turned up the heat, offering interesting takes at the event. Here are some highlights.

Arayes from Helena Restaurant
Natalya Jones
Arayes. Hailing from Israel, Helena Restaurant presented (crab-stuffed pita with tarragon, lemon zest, and sour cream) with a side of fennel and grapefruit salad topped with mint, olives, and pine nuts. The soft crab was smokey without being overpowering while the pita was toasted just right.

Short Rib Barbacoa from All Things BBQ
Natalya Jones
Short-Rib Barbacoa. All Things BBQ from Kansas served its short rib with spicy jalapeño slices, while the Southwest bean salad was a nice citrusy blend of different textures.
KEEP MIAMI NEW TIMES FREE... Since we started Miami New Times, it has been defined as the free, independent voice of Miami, and we'd like to keep it that way. With local media under siege, it's more important than ever for us to rally support behind funding our local journalism. You can help by participating in our "I Support" program, allowing us to keep offering readers access to our incisive coverage of local news, food and culture with no paywalls.
Make a one-time donation today for as little as $1.