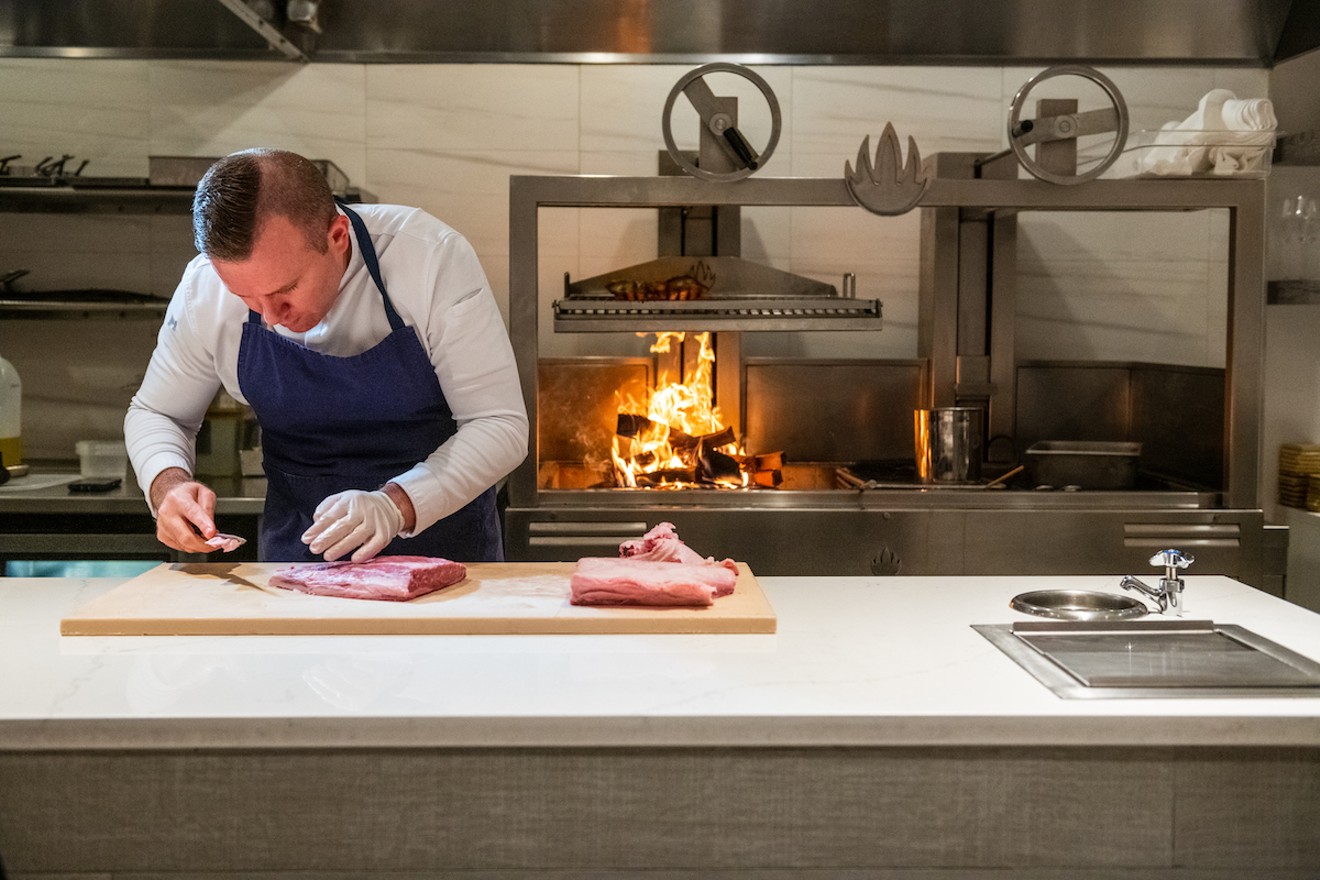 Renowned for his Washington, D.C., establishments, the two Michelin-starred Jont and one Michelin-starred Bresca, Ratino will open a new restaurant at the Four Seasons Hotel and Residences Fort Lauderdale in 2023.

The restaurant – whose name and full details will be revealed in the months ahead – will take up the northern oceanside portion of the property. The Fort Lauderdale hotel, which opened in March and boasts 189 hotel rooms and 83 private residences, is owned by the Fort Hospitality Group, which also owns the Four Seasons Hotel and Residences at the Surf Club, Four Seasons Resort Palm Beach, and Four Seasons Hotel Miami.

“Our guests have come to expect more and more from our properties, especially on the culinary execution front,” Keith Space, president of Fort Hospitality Group, tells New Times. “So, we wanted to find an operator that will complement and enhance the experience, and Ratino does just that.”

This isn’t the first rodeo in the Sunshine State for Ratino, a Medina, Ohio, native, who earned a culinary degree from Le Cordon Bleu in Orlando in 2009. While in school, he worked at Shula’s Steak House as a junior sous chef. Shortly thereafter, he worked at celebrated Orlando establishments Bull and Bear at the Waldorf Astoria and Bluezoo, under Todd English, before leaving the state in 2014 and focusing his efforts north.

In 2021 and at 30 years old, Ratino became the youngest chef ever to own two different Michelin-starred restaurants.

As for how he’s landed in Florida yet again, consider it a perfect match. “We’ve probably interviewed nearly a hundred different restaurateurs looking for the one,” says Space. “With Ratino it started as a simple conversation and there was tremendous commonality about our approach and vision. Plus, Fort Lauderdale is a young market and the chef is a young chef. His passion, vibrancy, and genuine approach to hospitality are what we’re looking for.”

Space says that the property will be “giving him the room” in terms of the vibe and menu for the restaurant. Preliminary nuggets of insight include a design by London-based Tara Bernerd & Partners with an outdoor garden as well as a tear-down of the walls between the kitchen and patron interior ambiance. On the menu, there will be a chef-tasting menu of six to eight courses and, in its dining room, an intimate chef’s table with up to ten prix fixe courses.

The to-be-named restaurant joins two existing food and beverage establishments on the property, including eastern Mediterranean spot Evelyn’s and Honey Fitz, a café and wine bar.

Four Seasons Hotel and Residences. 525 N.Fort Lauderdale Beach Blvd., Fort Lauderdale; 754-336-3100; fourseasons.com. Restaurant opening in 2023.
KEEP MIAMI NEW TIMES FREE... Since we started Miami New Times, it has been defined as the free, independent voice of Miami, and we'd like to keep it that way. With local media under siege, it's more important than ever for us to rally support behind funding our local journalism. You can help by participating in our "I Support" program, allowing us to keep offering readers access to our incisive coverage of local news, food and culture with no paywalls.
Make a one-time donation today for as little as $1.