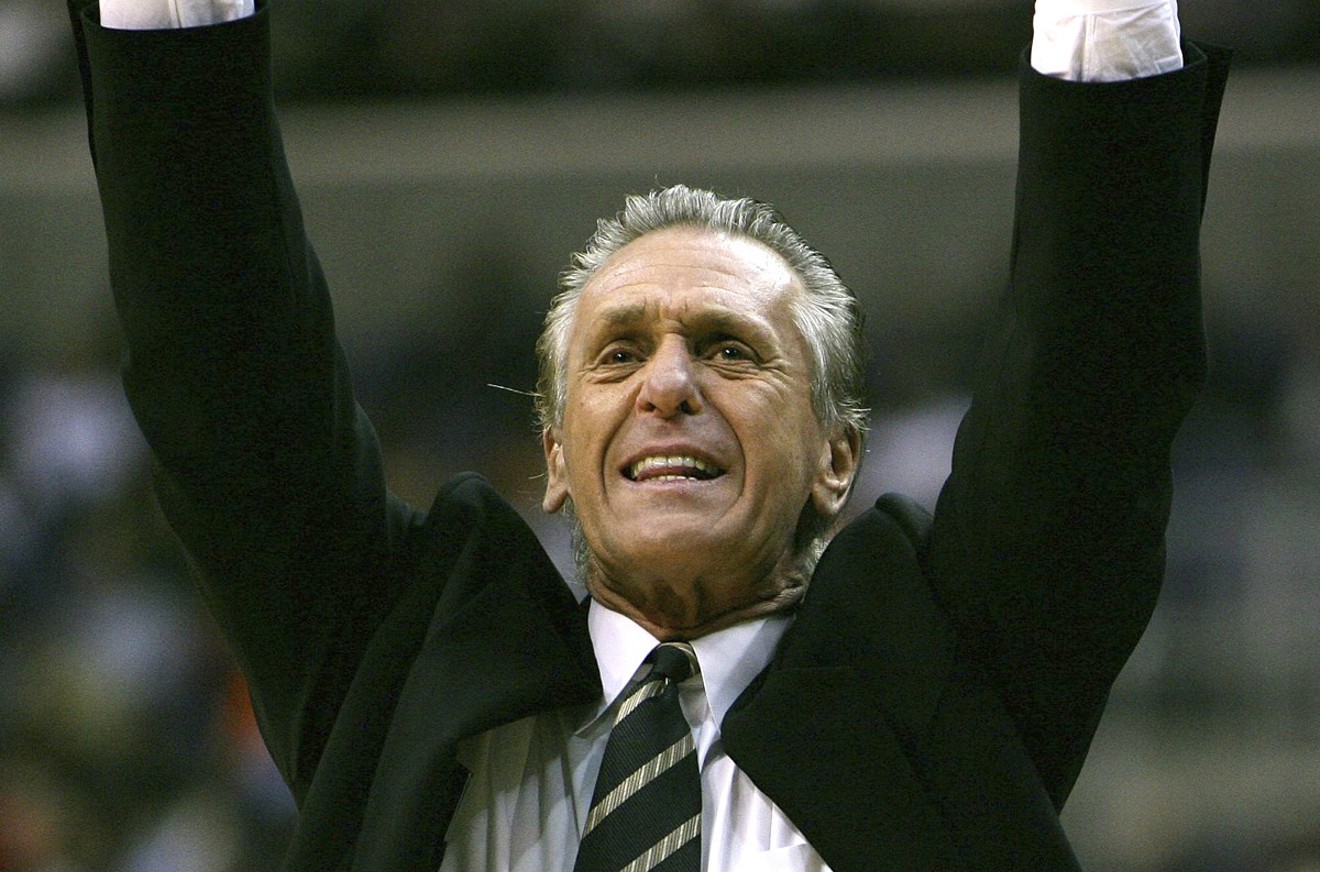 The inimitable Pat Riley Photo by Keith Allison / Flickr
Pat Riley did it again. He pulled off the unthinkable, and the Miami Heat just went from a fringe opponent in the Eastern Conference to a much more formidable contender this season. Riley, of course, traded Justise Winslow, Dion Waiters, and James Johnson to Memphis for Andre Iguodala, Jae Crowder, and Solomon Hill. More important, the team has positioned itself as a huge player in the 2021 free-agency period, when Milwaukee Bucks superstar Giannis Antetokounmpo will be up for grabs.

Riley once again proved he's playing chess while everyone else is playing checkers. Things might not always work out the way the Heat planned, but there is always a plan.

Riley has now completed the extraordinary task of healing the franchise's salary cap of the self-inflicted wounds it accumulated following LeBron James' departure. Tyler Johnson, Hassan Whiteside, Dion Waiters, and James Johnson are all gone — and with them, about $80 million the four players would be making in Miami this season. (Plus, Johnson and Waiters were owed even more next season.)

Now the salary-cap situation in Miami is healthy again, and the Heat can chase stars in free agency. In reality, however, that's only the second-best thing to come out of the Heat's trade-deadline deal. The best part about unloading all of those salaries is the Heat now has the capability to keep the current team together, if only for another year. Now the franchise can concentrate on luring Antetokounmpo or Utah Jazz star Donovan Mitchell to Miami in 18 months or somehow acquiring Washington Wizards shooting guard Bradley Beal through trade.

The Heat might also be able to hold on to Derrick Jones Jr., Goran Dragic, and/or Meyers Leonard this offseason. It'll be able to, at the very least, choose one to keep. Before this trade deadline, that seemed hard to imagine as the team tried not to make any huge investments that went into 2021. All three team members have played large parts in the Heat's success this season. Keeping them together for another year has to be on Riley's mind.

The Heat and Riley still must face upcoming forks in the road after this season and the next, but all of them lead to a much more desirable place than they did last summer. The Heat is better today than it was yesterday, and the team has made it increasingly likely it'll be light years better in the future.

As always, trust Pat Riley. Even when he gets it wrong, he gets it right in the end.
KEEP MIAMI NEW TIMES FREE... Since we started Miami New Times, it has been defined as the free, independent voice of Miami, and we'd like to keep it that way. With local media under siege, it's more important than ever for us to rally support behind funding our local journalism. You can help by participating in our "I Support" program, allowing us to keep offering readers access to our incisive coverage of local news, food and culture with no paywalls.
Make a one-time donation today for as little as $1.