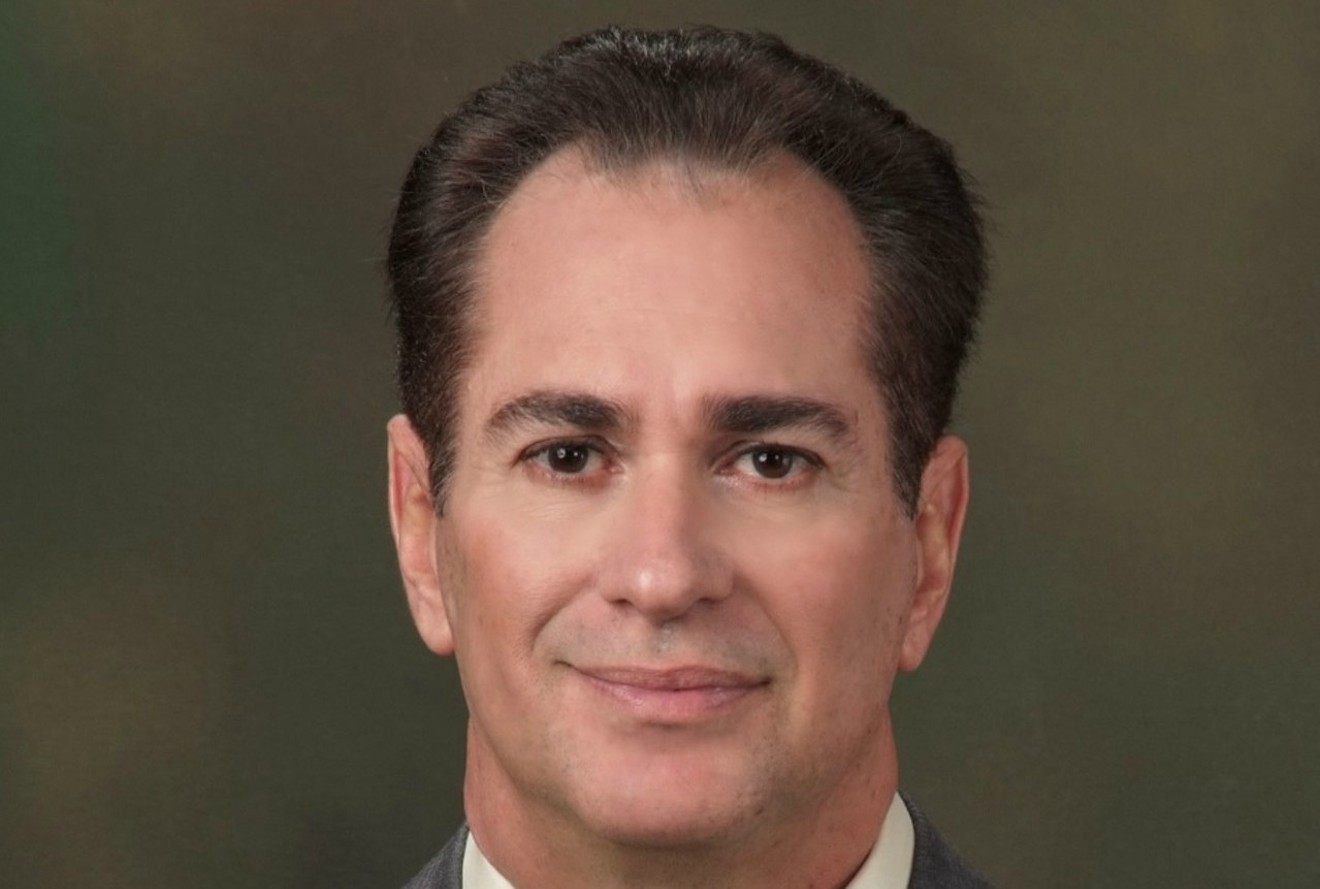 Accused of sexual harassment, former Sweetwater Mayor Jose M. Diaz now works at a girls' school. Photo via City of Sweetwater
In August 2013, longtime Commissioner Jose M. Diaz was appointed interim mayor of Sweetwater. It followed a corruption scandal that led to the expulsion of former Mayor Manuel Maroño. But soon after he took over the city's top office, Diaz was accused of sexually harassing a mayoral assistant.

That November, Yaima Vega filed a complaint against the mayor, saying he told her to shake her hips when she went to speak with a local business owner and commented he knew a 60-year-old man who could "rock [her] world." Vega says Diaz also told her she could "get whatever she wants from a man." A month after Vega complained, Diaz fired her — a decision that led to an expensive settlement.

No longer in office, Diaz is now working as a Spanish teacher at Young Women's Preparatory Academy, a public girls' school in Little Havana. A spokesperson for Miami-Dade County Public Schools tells New Times Diaz has worked at the academy since before his time in office and has a good track record as a teacher.

"The employee has been a teacher at the Young Women's Preparatory Academy since 2007. The allegation made against him was not related to his employment with this school system. No complaint or allegation has been filed against him during his tenure at M-DCPS," reads a statement from the school system.

Diaz did not respond to multiple calls and emails from New Times. Vega declined to comment.

In Sweetwater, the city has had to pay $66,636 in taxpayer money to settle an agreement with Vega mandated by the Equal Employment Opportunity Commission. The settlement consists of $50,000 in compensatory damages and $16,636 in back pay for the time she spent unemployed before being rehired in 2015 by the new mayor. The agreement did not require an admission of guilt by Diaz.

The current mayor, Orlando Lopez, held a closed-door meeting with city commissioners July 15 to discuss the settlement. Lopez and several commissioners were concerned about the compensation, according to a transcript of the meeting obtained by New Times.

"Fifty thousand in compensatory damages is unheard of," Lopez said during the meeting.

Prior to Vega's firing, she had no record of disciplinary action or warnings, according to City Attorney Ray Garcia. Commissioner David Borrero vouched for her. "I've worked with Yaima, and I think she's a very responsible worker... I doubt she would just intentionally fabricate some sort of claim to make money," he said.

Vega complained the only reason she was let go was because of her sexual harassment complaint.
KEEP MIAMI NEW TIMES FREE... Since we started Miami New Times, it has been defined as the free, independent voice of Miami, and we'd like to keep it that way. With local media under siege, it's more important than ever for us to rally support behind funding our local journalism. You can help by participating in our "I Support" program, allowing us to keep offering readers access to our incisive coverage of local news, food and culture with no paywalls.
Make a one-time donation today for as little as $1.