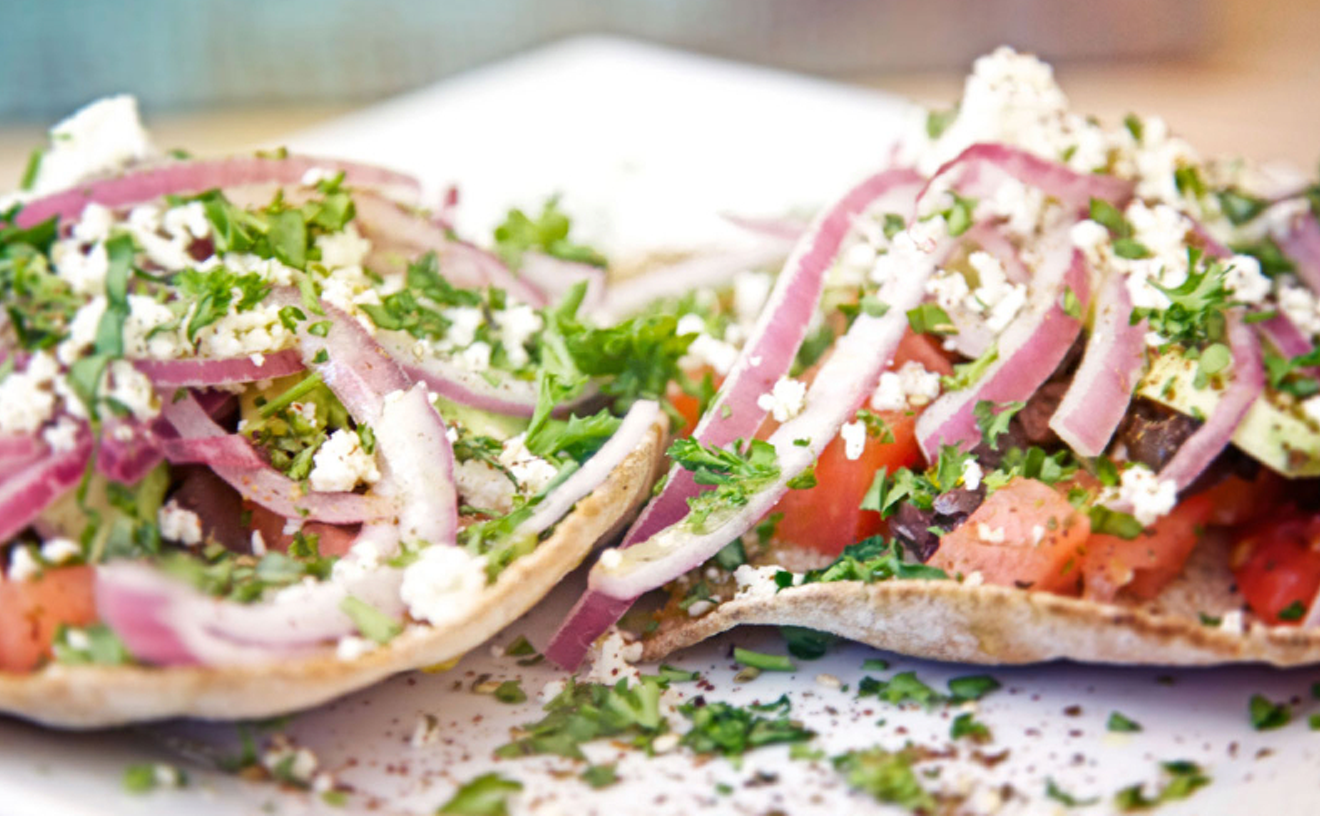 Miamians are in a liquid state of mind. Everyone is either juicing or talking about it. Juice shops and cafés are popping up all around town. But Juice & Java, with locations in Aventura and South Beach, is a pioneer of sorts. Since 2002, this place has been trying to spread the notions that our bodies should be treated like temples and that we are what we eat. The seemingly endless list of additive-free juices ($4.95 to $8.95) includes killer combinations such as watermelon/cantaloupe/pineapple and basil/strawberry/mango. For an extra buck, you can add health boosters such as ginseng, fresh ginger root, and whey protein. Also check out the solid-food choices, especially the pita melts ($7.50 to $8.50). The baked, not fried, falafel makes a great addition to any salad. Vegetarians and carnivores will be equally happy eating here, while juicers will think they've died and gone to juice heaven.

Don't let the modest storefront fool you. This year-old Argentine wine shop and bar is quaint but packs a lot of character and plenty of space. Hanging out on the patio and sipping reds or whites for $8 to $22 a glass, you'll begin to feel like Bunbury is your own best-kept secret. The rustic hideaway offers a delicious and extensive menu of domestic and imported wines available by the bottle for prices ranging from $26 to $129. (Argentine wines make up their own robust section.) The knowledgeable staff is happy to guide you with recommendations. Besides the vino, try the empanadas ($4) or share the cheese platter ($24). Or grab a main course of duck confit ($24) or veggie lasagna ($14). With smaller tables and lots of romantic atmosphere, Bunbury is the perfect place for a quiet, get-to-know-you date inside or on the back patio. Or bring a big group to sit at the table in the front of the store. Enjoy happy hour from 5 to 8 p.m. There's even a large, free parking lot out back, so you never have to worry about where to park. One caveat, though: Drink responsibly. 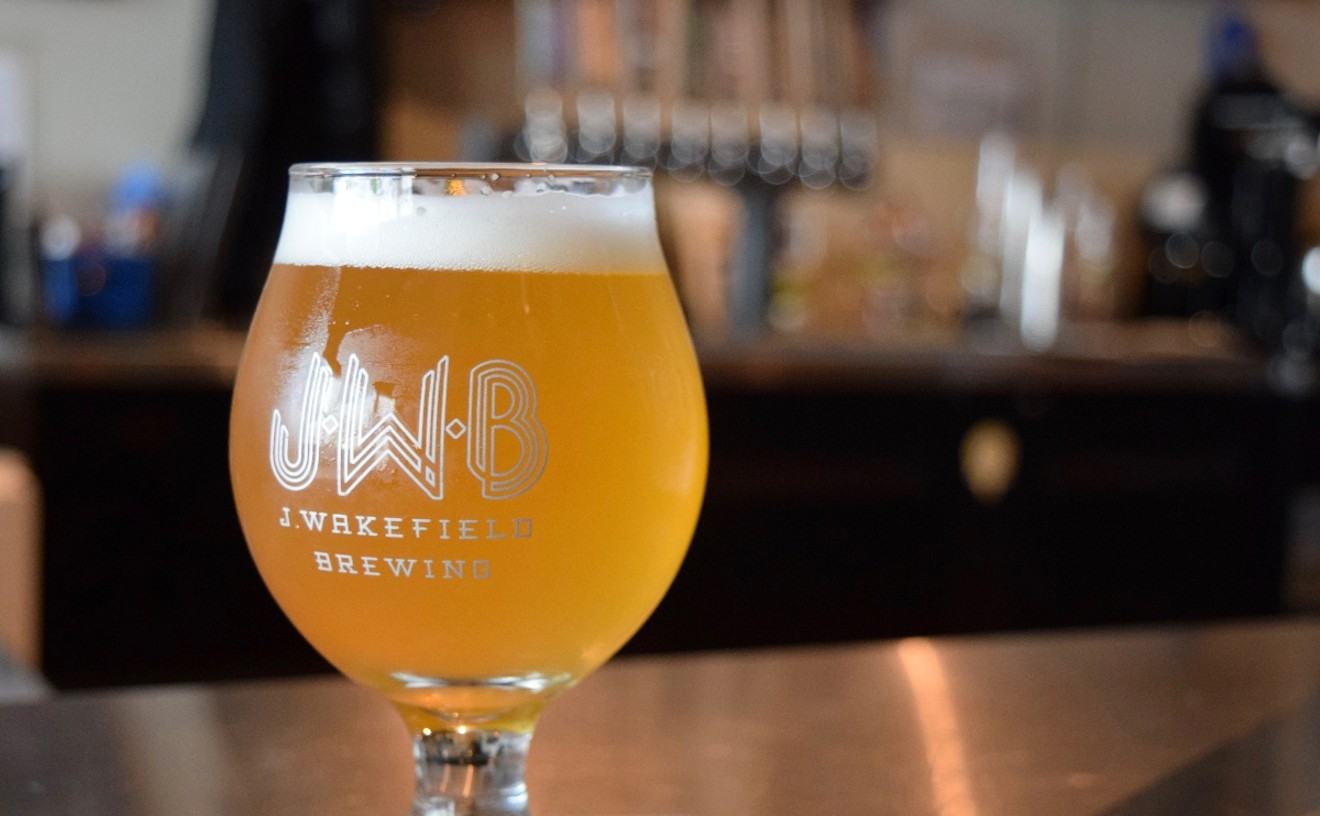 Miami's beer scene is lighting up, with breweries making suds that really reflect the Magic City's diverse cultures. But of all the fantastic new concoctions, J. Wakefield's are the most innovative. Key limes, hibiscus flowers, and exotic teas are some of brewer/owner Jonathan Wakefield's flavor muses. The result is beers that are sophisticated and playful. His signature sours are exactly what you want to sip on a hot Florida afternoon. The brewer, who raised more than $112,000 in a CrowdBrewed campaign to help fund his Wynwood brewery, might be a new kid on the block, but he's no flash in the pan. By learning from established breweries such as Cigar City and collaborating with craft beer greats like Terrapin, Wakefield proves he has gravitas. Just a few months after the opening of his brewery, Wakefield is planning an expansion so he can bottle his beers. The only thing better than having a few pints inside the Star Wars-themed taproom is enjoying them at home. We'll hoist a glass to that.

Ah, rum. It conjures images of exotic, tropical locales, balmy breezes, romance, and maybe a hint of danger. That description can fit Jamaica, Barbados, and, yes, Miami. That's why when Matt Malone decided to open Miami's first legal distillery, rum was the only option. The distiller puts extra care into his product, going so far as to name his infusion tanks for famous Latin singers, including Gloria and Celia. Salsa music is played for the rums 24 hours a day. It seems all of that extra love is paying off. Miami Club Rum has won several awards and was named the world's best white rum at the 2013 San Francisco World Spirits Competition. Now, actor William Levy has partnered with Malone for a new campaign. The slogan? "My City, My Rum." The same should be said for all of us.

Miami is a great city for beaches, clubbing, and a bit of debauchery. But when people think of fine-dining, thoughts usually turn to New York, Paris, Los Angeles, and New Orleans. However, the Bravo series Best New Restaurant may have forever secured the Magic City a place in the rankings of fine eats. The series' first season, which featured celebrity chef and James Beard Award winner Tom Colicchio as both host and executive producer, set out to find America's best new restaurant. Of the 16 restaurants featured, five (R House, the Federal Food Drink & Provisions, Buns & Buns, Tongue & Cheek, and Dolce Italian) were from the 305. The restaurants showed skill, talent, and determination, making Miami proud. In the end, South Beach's Dolce Italian beat the pants off Manhattan's L'Apicio to bring the title home. New York City may have the Empire State Building, but Miami has amazing food — and palm trees.

Dangerous as it may be, you can endlessly swipe through social media in Miami traffic jams. It's enough to make your thumb cramp. But then you stop on some photos from Peru's Astrid & Gastón. I'd like that, you think. Same for that plethora of arepas. God, those saved me from a wicked hangover last weekend. #QuesoAManoPorVida. Ooooh, medianoches with extra mustard? All of this can be found on Javier Ramirez's Instagram, where he goes by the handle gourmandj. He seems to consume the same number of meals per day as Dwayne Johnson (seven) without any of the flexing. He's also involved in restaurants with Jean-Georges alums Brad Kilgore (Alter in Wynwood) and Antonio Bachour (Bachour Bakery & Bistro in Brickell), so in addition to peeping all of the hedonism, you can also catch glimpses into two of Miami's most anticipated spots. 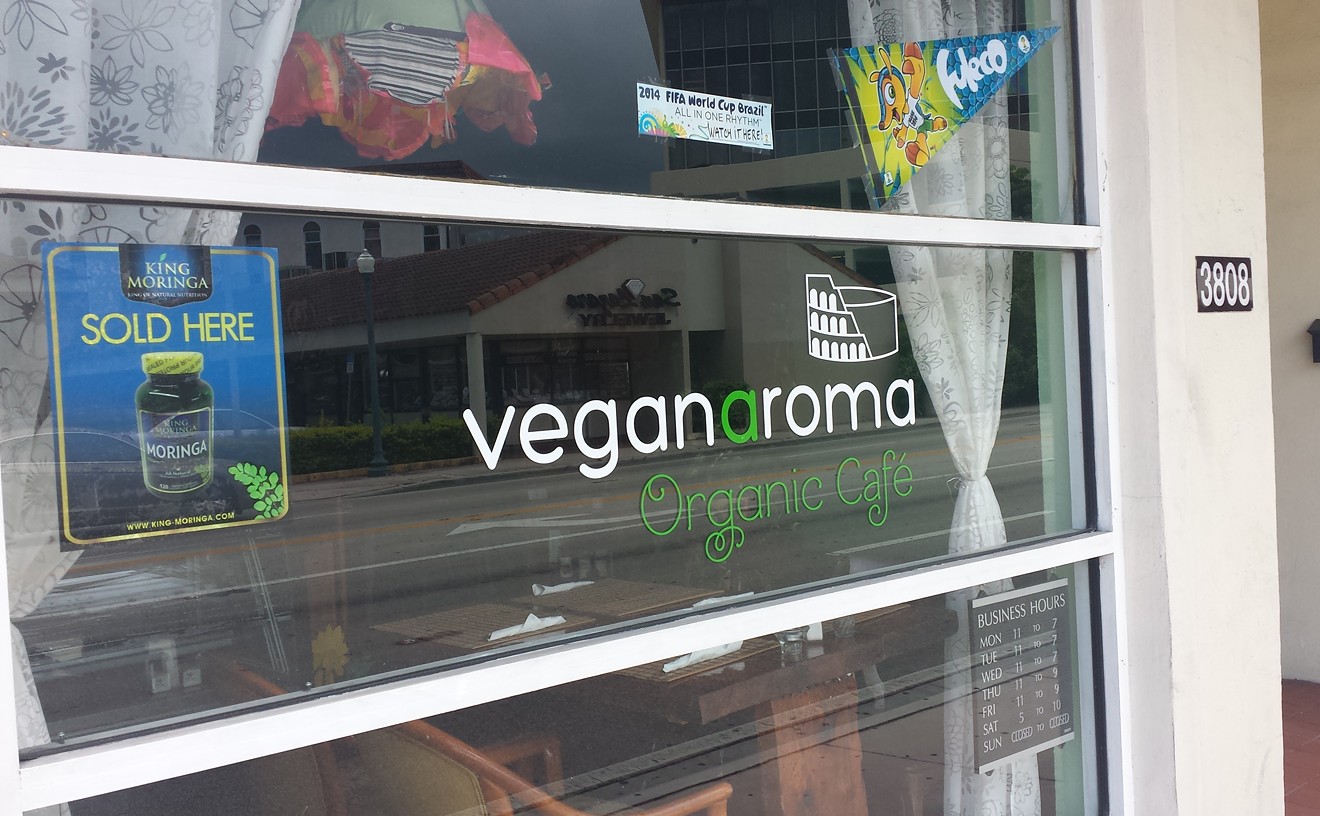 Despite good intentions and an abundance of Pinterest recipes, cooking for yourself can feel like an insurmountable task. If you're clueless in the kitchen, the convenience of Papa John's online ordering and Pollo Tropical on the corner will always win. That's why Sabina Torrieri (nutrition coach and VeganAroma owner) and Graciela Augier (vegan chef) will change your life. The two host intimate cooking classes at Torrieri's cozy Coral Gables eatery. Each course features a specific menu — all vegan, gluten-free, and organic — often with a seasonal or holiday twist. The teachers demonstrate the entire process and school students on the various benefits of garden-grown, whole foods. The afternoon culminates with a vegan feast (so no one has to stop at Taco Bell on the way home). Classes usually run $70 per person or $65 if you bring a friend, so that's extra incentive to get your buds on board.