The Ten Best Places to Spot a Celebrity in Miami 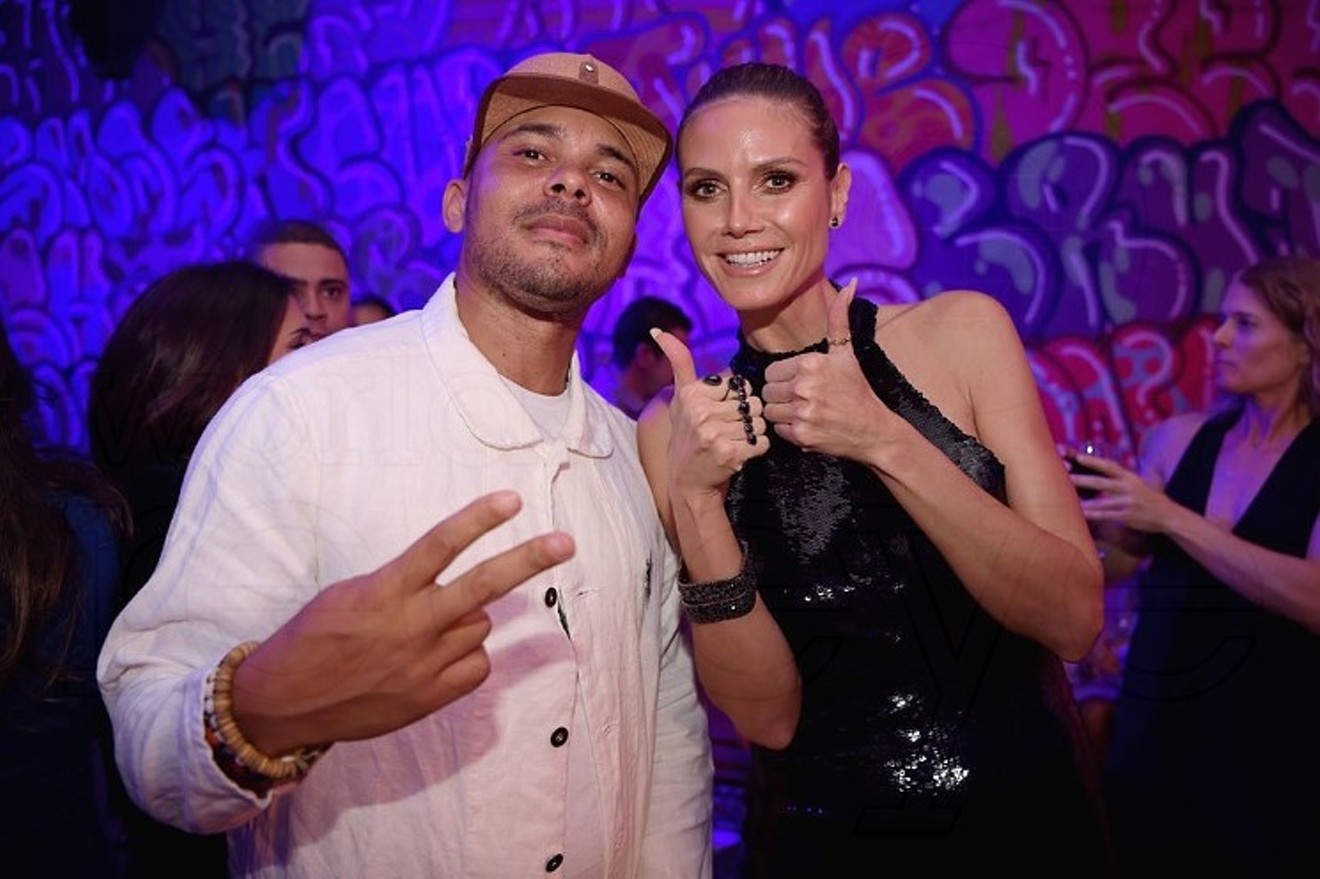 Walshy Fire and Heidi Klum at a party during Art Basel Miami Beach in 2016. World Red Eye
If you want to spot a celebrity in Miami, follow the money trail. Imagine the life you’d lead with coffers of disposable income, and the gluten-free, zero-calorie bread crumbs will appear. Miami has always been a playground for famous folks, and with more gleaming one-percenter hotels towering in the skyline, odds are you’ll bump into a star who’s out and about getting stuck in traffic in the back seat of a Rolls.

Here are a few places in the Magic City where you might catch a glimpse of those denizens of the limelight.
1. Bal Harbour Shops
Bal Harbour Shops is where ocean breezes mix with the rarified scent of money. Harry Winston meets the diamond needs of every girl, famous or otherwise, who also shops for silky thongs at La Perla and dines at the mall’s swanky eateries. Celebrity spotting is easy-peasy here, even if you can’t afford a single thread at Prada. Martha Stewart, Cindy Crawford, Kate Hudson, and Tyra Banks have all made appearances at Books and Books for signings. 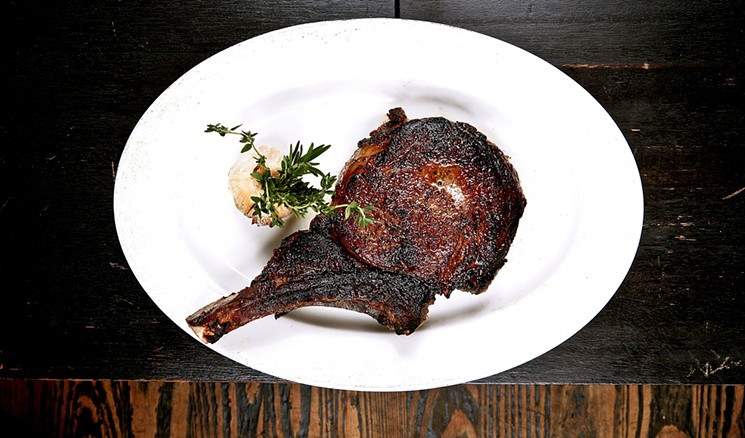 Photo by Gary James / Courtesy of Carma PR
2. Prime 112
The list of celebrity carnivores who’ve dined at South Beach’s Prime 112 is as long as the lines they all skip to chow down on aged USDA Prime beef and maybe grass-fed, free-range unicorn. (For the price, it had better be .) The likes of Oprah, Sofia Vergara, Jeremy Piven, Kim Kardashian, Justin Bieber and many more meat lovers have licked their chops over foie gras and white truffle fries at the popular steakhouse. 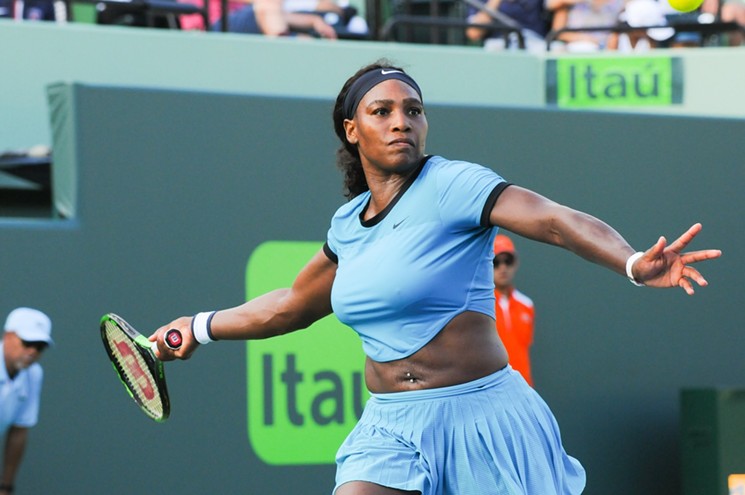 Michele Eve Sandberg
3. The Miami Open
Every spring, the tennis world turns its gaze towards Key Biscayne, already a world-renowned tennis community, for the Miami Open tournament (a.k.a. Winter Wimbledon), where you’ll find elite athletes and the celebrity fans who love them, all in one court. This past March, Vogue editor Anna Wintour was just one of several  who watched Roger Federer and other champions swing their rackets. 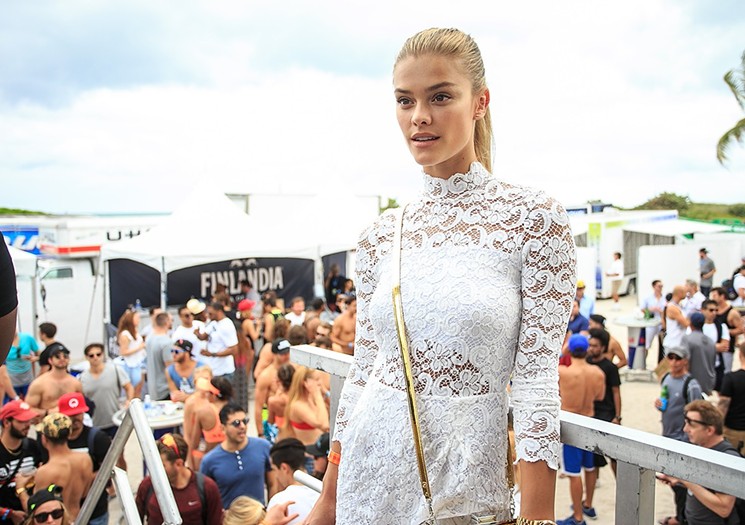 Model Nina Agdal on the South Beach sands.
George Martinez
4. The beach
It’s safe to say that just about every celebrity on the planet has stuck their toes in the sand along the shores of Miami Beach, which even one-tenth of the one-percenters can’t privatize. The rich and famous have taken dips behind the dozens of posh hotels hugging the strand from South Pointe to North Beach. They’ve also shown some skin, of course. Who can forget shirtless Matthew McConaughey and Lance Armstrong running along the surf, or Lindsay Lohan’s newsworthy nipple slip? 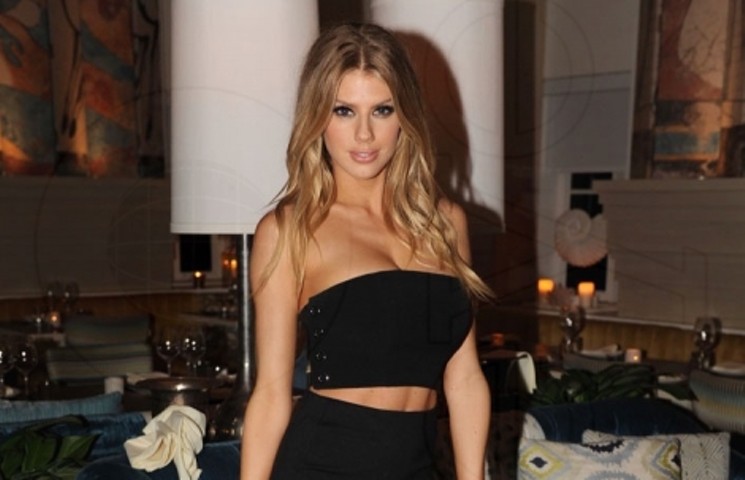 Charlotte McKinney at Ocean Drive's February issue party.
World Red Eye
5. Ocean Drive parties
Ocean Drive Magazine is too sexy even for its namesake street, which in reality is a little too tacky for champagne tastes. The glossy coffee table favorite speaks to the high falutin’ of America’s Riviera, and reports on all that in the good life. Its covers feature only the most fabulous, airbrushed into perfection, and invite-only, monthly debut parties are legendary. Find out where they’re hosted, and you’ll know what spots are, in fact, sexy enough for famous hotties. Last month, model Adriana Lima showed up at trendy Komodo to show off the new cover displaying her supermodel mug. The Asian eatery, also a go-to place for hungry celebs, is owned by Dave Grutman, Miami’s nightlife kingpin and unofficial celebrity ambassador.