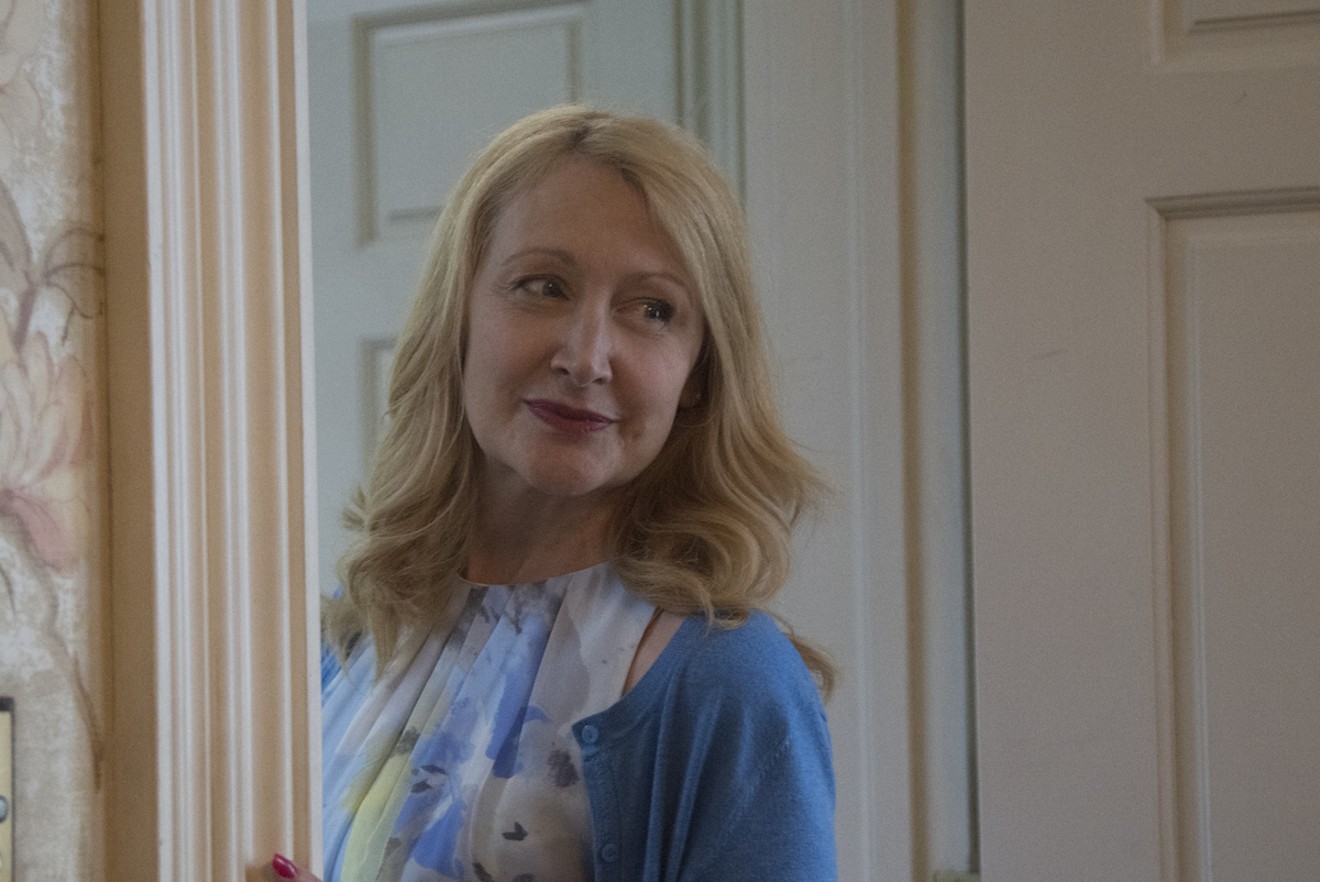 Patricia Clarkson of Sharp Objects will accept Miami Film Festival's 2019 Precious Gem Award. Anne Marie Fox/HBO
Miami Dade College's Miami Film Festival revealed its 2019 slate of films and guests this morning, with plenty of exciting inclusions. More than 160 feature narratives, documentaries, and short films of all genres, from more than 40 countries will be presented during its March 1 through 10 run.

The festival will kick off its opening night with This Changes Everything, a documentary examining the sexism that has been present in the American film and television industries throughout time. The documentary, directed by Tom Donahue, was named first runner-up for the People's Choice Award: Documentaries at its Toronto International Film Festival premiere, and features on-camera appearances by Sandra Oh, Rosario Dawson, Jessica Chastain, Shonda Rhimes, Meryl Streep, and Geena Davis, among others.

“The cultural reckoning of our current times has irrevocably and positively changed sensibilities surrounding inclusiveness and diversity,” festival director Jaie Laplante says. “Director Tom Donahue’s This Changes Everything, created by CreativeChaos VMG and New Plot Films, is a vital and inspirational showcase of values that reverberate throughout the program of our 36th edition.”

Where last year's Precious Gem Award brought the stunning French actress Isabelle Huppert to Miami, this year has an American treasure being celebrated for her career. Patricia Clarkson, who just weeks ago won a Golden Globe for her role on Sharp Objects, is known for her film, television, and theater work. She has won Emmy Awards for her work on Alan Ball's Six Feet Under, is a Tony Award nominee for her work on Broadway's The Elephant Man, and was nominated for an Academy Award for Pieces of April.

Wrapping up the fest will be an Awards Night Gala at Olympia Theater, where Enrique Urbizu's Gigantes will have its North American premiere screening. This event, along with all screenings at the Olympia and at the festival's newest venue, Silverspot Cinemas, is part of the CINEDWNTWN series, sponsored by the Miami Downtown Development Authority. Other screenings included in the series include the world premiere of Dennis Scholl and Marlon Johnson's Singular, a documentary about Miami-born singer Cécile McLorin-Salvant; Arturo Infante's The Extraordinary Journey of Celeste García; the U.S, premiere of Gonzalo Tobal's The Accused; and the world premiere of Cassius Corrigan's Huracán.

A number of additional exciting films make up the festival's lineup, both in and out of the competitions, including such highlights as Jennifer Kent's The Nightingale, Oliver Assayas' Non-Fiction, Jia Zhang-ke's Ash Is Purest White, Yann Gonzalez's Knife + Heart, Hari Sama's This is Not Berlin, and Gabriel Mascaro's Divine Love. And one can also look forward to Miami Film Festival's partnership with Miami Design District for the Fashion in Film Festival, which will feature a number of screenings, including The Inferno Unseen with live music by Rollo Smallcombe and the silent Italian film Rapsodia Satanica.

Individual tickets for all festival events will go on sale to the general public beginning February 8. Festival members have the opportunity to buy tickets in advance.

Miami Film Festival 2019. March 1 through 10 at various venues; 844-565-MIFF; miamifilmfestival.com. Tickets go on sale February 8.
KEEP MIAMI NEW TIMES FREE... Since we started Miami New Times, it has been defined as the free, independent voice of Miami, and we'd like to keep it that way. With local media under siege, it's more important than ever for us to rally support behind funding our local journalism. You can help by participating in our "I Support" program, allowing us to keep offering readers access to our incisive coverage of local news, food and culture with no paywalls.
Make a one-time donation today for as little as $1.