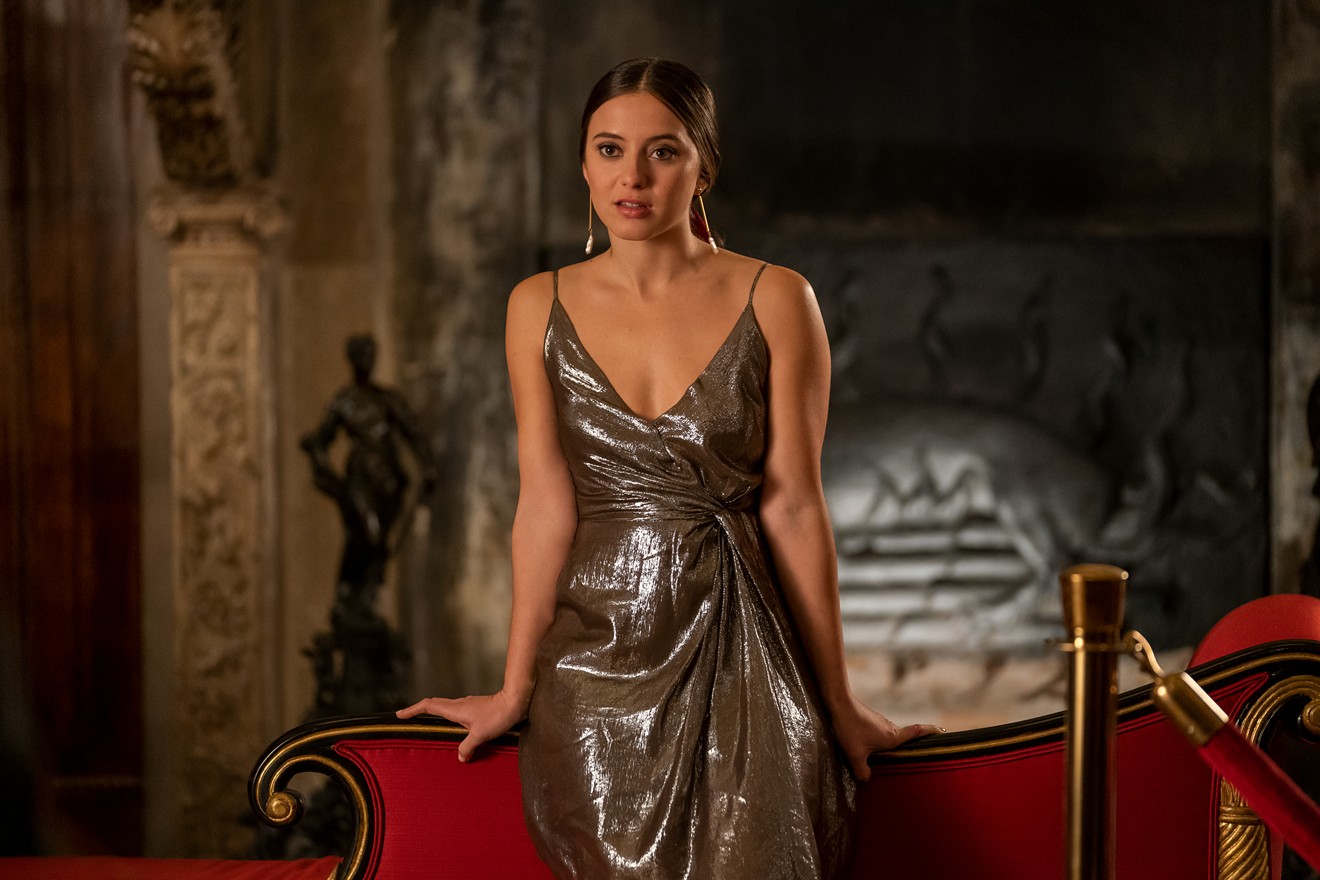 Actress Keana Marie stars in Netflix's upcoming series, Dash & Lily. Photo courtesy of Netflix
The Morgan Library is located only a few blocks from Madison Square Garden in New York City. It has celestial paintings on its soaring ceilings and its floors and shelves are hewn from oak. In late 2019, actress and Miami native Keana Marie and her co-star Austin Abrams were standing underneath the aforementioned ceilings. Marie was clad in a sheer dress and strappy heels while snow piled up like soft pillows all along Madison Avenue.

“It was actual snow falling on my head,” Marie recalls. “It didn’t feel like we were acting but really living the magic of New York City during the holiday season.”

Marie stars alongside Abrams in Netflix’s upcoming adaptation of the young-adult novel Dash & Lily's Book of Dares. Premiering on November 10, Dash & Lily is an eight-episode show that follows a cynical teenage boy, Dash, played by Abrams, and Lily, a hopeless romantic.

“They’re alone in the city for the holidays, and to ease their loneliness, they exchange dares across New York City,” Marie explains.

“Sofia isn’t your stereotypical bad ex-girlfriend that people love to hate,” Marie tells New Times. “I think people are going to love her, and they’re going to relate with her. She’s extremely loving, kind, and empathic.”

Born in France but raised in Miami, the 25-year-old actress currently resides in Los Angeles, splitting her time between the East and West coasts. A polyglot herself, Marie says she felt an instant connection to Sofia and modeled the character after her own life experiences mixed with some traits of her closest friends.
“I’m French-Brazilian, but growing up in Miami, I actually speak better Spanish than I do Portuguese," she admits. "[Sofia] is kind of like a combination of a bunch of people I know.”

Marie says the film's producers allowed her the flexibility to develop Sofia’s nationality. The character description called for a South American heritage, so Marie says she decided to go with Colombian.

In the show, Sofia’s father is a politician, so she’s lived all over the world and learned to speak multiple languages. She’s cultured with an air of sophistication.

“I really wanted to play with the fact that she isn’t necessarily just a Colombian girl, because we have to keep in mind that she speaks Italian, French, Portuguese, and [when we meet her] she just moved back from Brazil,” she explains.

Marie says audiences won't have a hard time connecting with the series.

“It’s such a feel-good show, and I think all the actors are fabulous," she adds.

For Marie, the best part of Dash & Lily is its unpredictable narrative and diverse cast.

“My favorite thing about Dash & Lily is that even though it’s 2020 and everybody’s on dating apps, they’re really falling for each other and getting to know one another through a notebook. It’s such a refreshing take on a love story.”

Dash & Lily premieres Tuesday, November 10, on Netflix.
KEEP MIAMI NEW TIMES FREE... Since we started Miami New Times, it has been defined as the free, independent voice of Miami, and we'd like to keep it that way. With local media under siege, it's more important than ever for us to rally support behind funding our local journalism. You can help by participating in our "I Support" program, allowing us to keep offering readers access to our incisive coverage of local news, food and culture with no paywalls.
Make a one-time donation today for as little as $1.