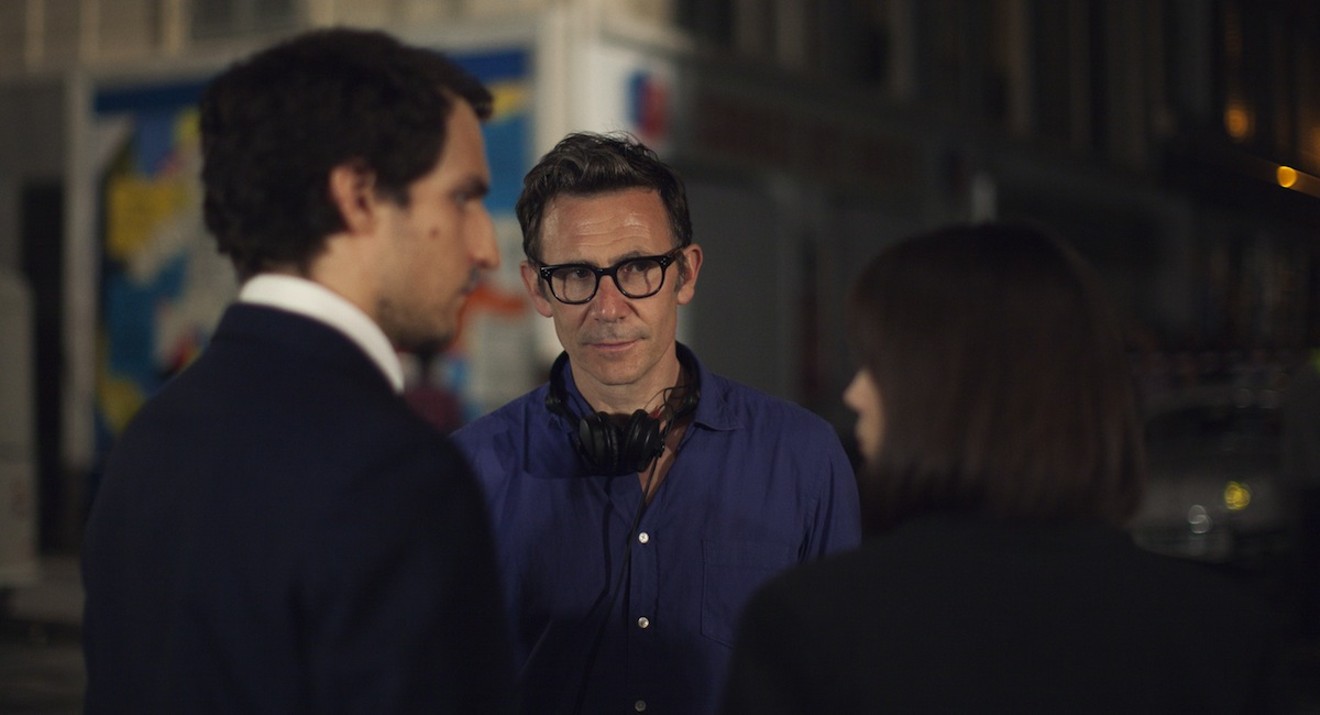 French film director Michel Hazanavicius Cohen Media Group
Eighty-seven-year-old French filmmaker Jean-Luc Godard stands as one of the most respected living figures of French cinema. The legend began his career as a film critic and helped define the French New Wave movement in 1960 with Breathless. Many of his colleagues, including François Truffaut and Éric Rohmer, have passed, but Godard continues to make movies. The idea to make a biopic of this icon is audacious, but the Oscar-winning director of The Artist and fellow Frenchman Michel Hazanavicius has taken on the task — and not without controversy.

Late last year, the Russia-based magazine Seance published a rare interview with Godard and asked him how he felt about the movie, Godard Mon Amour. As translated by the website the Film Stage, Godard responded, “Oh, to even hear about it — do not want to! I do not like it. Although, in fact, do not care. Stupid idea, stupid.”

Hazanavicius recently visited the Magic City during the Miami Film Festival for the movie’s U.S. premiere. He said he is not surprised the director doesn’t care for the movie, which covers only a few years of Godard’s life in the late '60s. Based on the memoir of actress Anne Wiazemsky, Godard’s second wife, the film offers an often humorous take on the filmmaker as he struggles to reinvent himself against the backdrop of student and worker protests in Paris.

Wiazemsky, who passed away at the age of 70 late last year, had reservations about a film based on her book, Un An Après. “She didn’t want to sell the rights of the book,” reveals Hazanavicius, noting that when he approached her, she had already turned down four or five other directors. When he called her, she was also ready to tell him no, but there was an observation he made that made her change her mind. “Just before hanging up, I told her: 'Well, it’s too bad, because your book is really, really funny,' and to that word, 'funny,' she reacted and she accepted to meet me. And when we met, after five minutes she said, ‘OK, you want to make a comedy, I’ll give you the right.’” Stacy Martin in Godard Mon Amour.
Cohen Media Group
Even Hazanavicius admits it was difficult to get over the fact that he was tackling such an important figure of French cinema. “At one point in the writing of the script, I decided it will be my Godard, and I stopped calling him Godard. I called him Jean-Luc, and for me it became really freeing. When I called him Jean-Luc, he became a character in a movie, not the godfather of French cinema.”

Another person who had to get over Godard’s iconic status was the actor who plays him. “The main actor, Louis Garrel, was more concerned by this because he worships him, and... because his father [Philippe Garrel] is a director who began in '68 and Godard was there and they knew each other, so Godard has a very special role in that family.”

Though his father knew Godard, the actor has never met him. Yet, Hazanavicius notes, Garrel had the impersonation down pat. But that didn't mean Hazanavicius never had to push the actor to get over his own trepidation. “He was really reluctant to make, like, the perfect impersonation,” the director says. 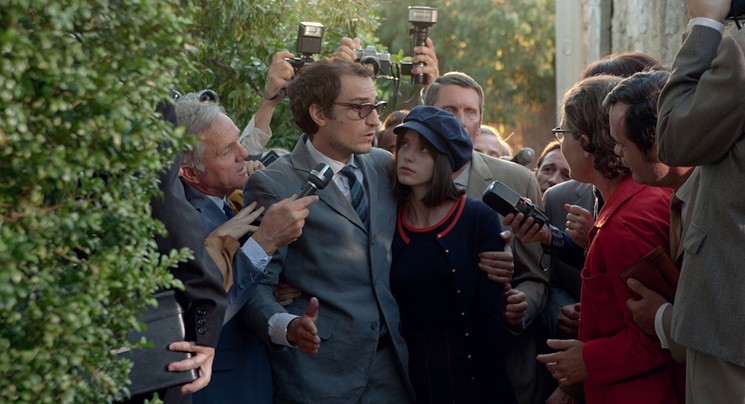 Louis Garrel and Stacy Martin in Godard Mon Amour.
Cohen Media Group
In the end, Hazanavicius says he is proud of Garrel’s work in the movie, but he admits there was another challenge to working with the actor, who in 2007 was voted number 15 in Elle France's "15 Sexiest Men" poll. Because Godard was balding in 1968, a drastic change had to be made to the actor’s famous bouffant. “We shaved his head, and he’s very handsome,” Hazanavicius says. “I thought young girls would kill me for shaving his head... He has such beautiful hair, so to cut it was really a big deal, and he finally accepted it like two days before the shooting, and it was like really, really, really a struggle.”

Another aspect to making a film about Godard's work is using the right number of cinematic techniques that nod to the director without completely ripping off his distinct style. So moments in the movie include tracking shots, color schemes, and even experimental flourishes out of the subject’s lexicon. “Well, the whole idea is to put him in his own environment,” Hazanavicius notes. “It was a way to make the character credible. It’s more or less the same idea that it was in The Artist except that... in The Artist, I wanted to make a silent black-and-white movie. It was just about the format. Making the story about a silent actor made everything much more natural, and here is another way to come to that same conclusion.”

On a more intangible level for Hazanavicius, it’s about celebrating his own affection for a famously creative, pioneering subject of filmmaking known for his cantankerous behavior, which hurt other filmmakers — he had a famous falling-out with Truffaut — and even his then-wife, played in the movie by Stacy Martin. “You can say he is a bad person,” Hazanavicius says of Godard. “He’s really bad with people. He’s hurting his wife and he’s hurting his friends, which is true, but at the same time it’s a heroic attitude because he doesn’t do this just to be mean. He does this because he thinks that’s his path to the truth or his own destiny as an artist, so he makes sacrifices.”