The Definitive Guide to Hurricane Sex 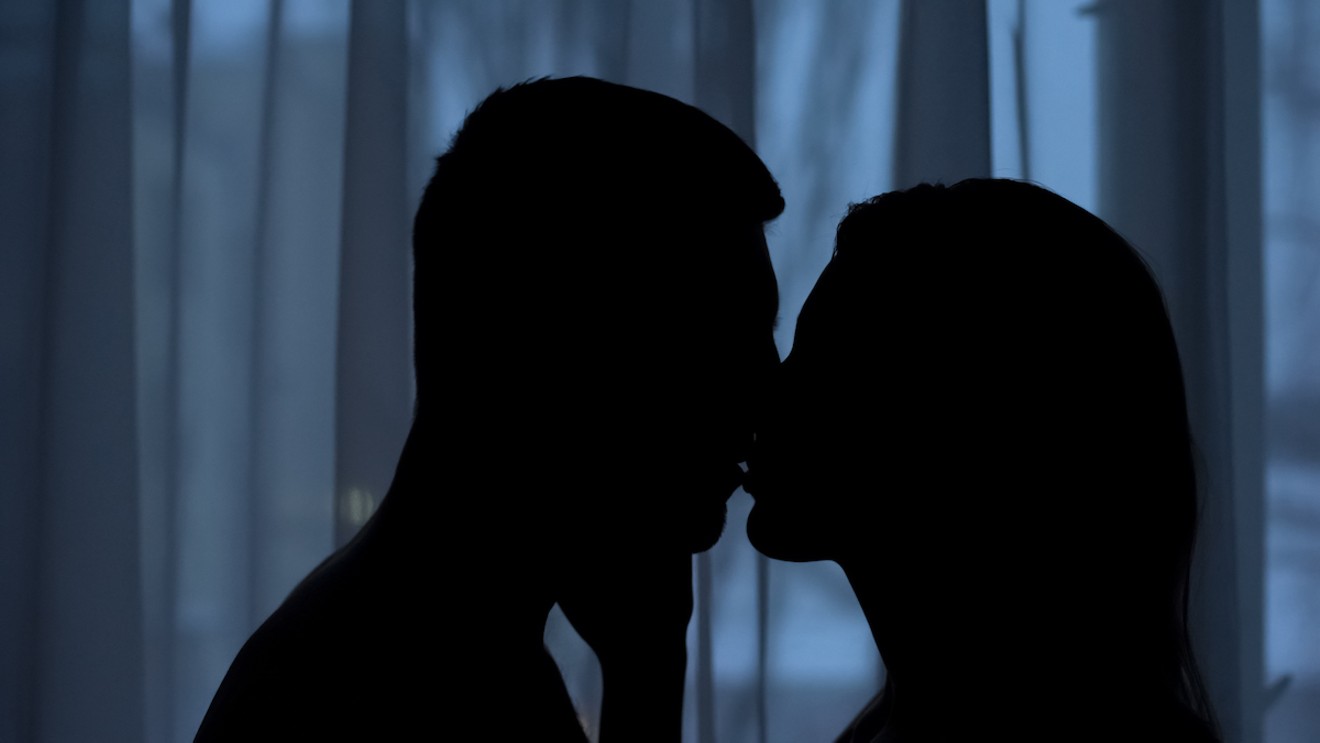 Water? Check. Batteries? Check. Condoms? Check. Photo by Motortion / iStock
There are many ways to pass the time while waiting for a hurricane to blow over. If you've decided to ride out the storm at home, chances are you'll grow fatigued quickly.

To combat boredom, you've decided to finally try to read all 1,079 pages of Infinite Jest, but the howling winds, pounding rain, and creaking foundation are just too distracting. Then you look over at your friend, who's bloated from eating most of the Flamin' Hot Cheetos you bought as part of your emergency stash. There's just something about the way they're licking the neon red Cheeto dust off their fingers that captivates you. Suddenly, you two lock eyes as the winds pick up speed. And as clear as the eye of the storm, you know they're thinking about it too.

Sexual encounters during hurricanes make perfect sense. Dim lighting and near-death experiences are bound to shift libidos into high gear. However, it's more complicated than just finding a partner willing to get down while the sounds of exploding transformers serenade you.

So while you are searching for potable water, be sure to pick up some condoms too — yes, you'll need them.

If you have a significant other, this is pretty much a moot point. However, for all the single storm preppers, there's a lot to consider. A bad choice could easily lead to awkward postcoital banter for the next 36 hours you're stuck indoors. This is not one of those times to experiment with an uncredentialed hookup.

If you're in a friend-with-benefits situation, now is the time to ask your fuck buddy what their hurricane plans are and if they want to kick it at your place. Craigslist calls for hurricane hookups are more common than you think but are not advised. You don't want to be stuck with a stranger as your survival partner.

For couples looking to experiment by bringing others into the mix, this is also not advised. Remember, if a storm gets really bad, you might have to run into a hallway closet. Do you really want to be stuck in a cramped space with an angry partner?

There's nothing wrong with getting kinky in bed. However, it's best to keep hurricane sex as clean as possible. Slap and spank as hard as you want — with consent, of course — but try not to involve food or body fluids. You are already building up enough sweat and body odors during your cyclone of coital play, and there's a good chance you might not have clean water to shower during or after the storm.

Take this opportunity to rediscover the joys of vanilla sex. The fact that you are hooking up while the world outside is being destroyed should provide enough stimulus.

Also, hurricane sex isn't an option if you're staying at a shelter or are stuck with other people. Just because there'll be rampant lawlessness after the storm doesn't mean common decency should go out the window.


Stock up on extra candles

Some people might enjoy a pitch-black sexual encounter, but dim lighting certainly sets the mood. Avoid using flashlights — you should conserve batteries in preparation for days without power. Instead, consider picking up some extra candles when you head to the grocery store to stock up on supplies.

Just remember to be careful, because if you set your place ablaze, you really won't have anywhere to go and the fire department might not be able to help during the storm. Be sure to set candles away from flammable items such as curtains. Also, avoid highly scented candles, which are fine when air is circulating but can quickly become nauseating once the A/C goes out.


Have an escape plan

Just because you and your partner are having sex doesn't mean the danger outside has subsided. Know where to go in case your roof tears off as you climax. If you must disrobe completely for sex — which is not advised — keep the clothing neatly arranged in case you need to hop right back into them for a quick escape.

Who doesn't love the feeling of raw sex? But if pregnancy is a possibility, you might want to wrap it up. The fun of fucking through a storm is not having to worry about the consequences. However, if May rolls around and you're stuck with your own little Dorian, was it really worth it?

Of course, same-sex partners don't really have to worry about pregnancy (STDs are a concern, though — especially if you picked up your hurricane buddy on Craigslist against our advice), but for all the breeders, there can be real-life consequences to your storm-day romp. Chances that condoms are still in stock at your local supermarket or pharmacy even at the 11th hour are pretty damn high, so why risk it?
KEEP MIAMI NEW TIMES FREE... Since we started Miami New Times, it has been defined as the free, independent voice of Miami, and we'd like to keep it that way. With local media under siege, it's more important than ever for us to rally support behind funding our local journalism. You can help by participating in our "I Support" program, allowing us to keep offering readers access to our incisive coverage of local news, food and culture with no paywalls.
Make a one-time donation today for as little as $1.