Chain restaurants get a bad rap because many serve cheap meals made with overly processed ingredients.

It might be hard to believe, but quite a few chain restaurants, specializing in all kinds of interesting gastronomical niches, are more than decent. It just so happens lots of them aren’t in Miami. Here are a dozen of them that we’re dying to see in South Florida.
1. Locol. Michelin-starred chef Daniel Patterson and his Los Angeles-based partner Roy Choi serve gourmet veggie burgers topped with garlic and scallion relish and a tasty special sauce at Locol, a new concept that won Restaurant of the Year from the Los Angeles Times. This all sounds like a recipe for a $20 lunch, but items on Locol’s menu run a shocking $2 to $6.

Why would a prizewinning chef go back to flipping burgers? Patterson’s answer is simple: “It’s unbelievable that in our country... we’ve just decided that it’s OK for people to eat garbage, basically — processed food.” At its heart, Locol is a philanthropic venture. Restaurants are located in economically ravaged areas such as the Tenderloin in San Francisco and Watts in Los Angeles, food deserts where residents rely on McDonald’s and other junk for subsistence. It goes without saying that Miami, home to several disadvantaged neighborhoods, would not only welcome but also sorely need such a place. And if you’re worried about the taste, even Anthony Bourdain loved the veggie burger. Tonkotsu ramen at Ichiran Brooklyn.
Shinya Suzuki / Flickr
2. Ichiran Ramen. This is possibly the best bowl of ramen you will ever have, and it has everything to do with where you are when you eat it. A bowl of tonkotsu ramen at Ichiran, the Fukuoka, Japan-based chain that recently landed in Brooklyn, is delivered to you from behind a curtain in a “flavor concentration” booth. Here, nothing can distract from the intense, savory pleasure of your bowl, custom-made to your every specification, from the richness of the pork broth to the texture of the noodles. In a word: sublime. This is food as personal enlightenment, and it must come to Miami. Sticky rice in lotus leaf at Tim Ho Wan, New York.
T.Tseng / Flickr
3. Tim Ho Wan. It has been called the cheapest Michelin-starred restaurant in the world by the Village Voice, and at its New York location, which opened in 2016 to 'round-the-block lines, nothing costs more than $6. When it comes to dim sum — the small-plates style of Chinese food that put Cantonese cooking on the map — Hong Kong-based Tim Ho Wan is the expert. Here, you’ll find delectable dishes such as steamed egg cakes, barbecued pork buns, and sticky rice on lotus leaf. Miami’s Chinese-food scene has never been as robust as those in other American cities, but perhaps the addition of Tim Ho Wan can help change that fact. 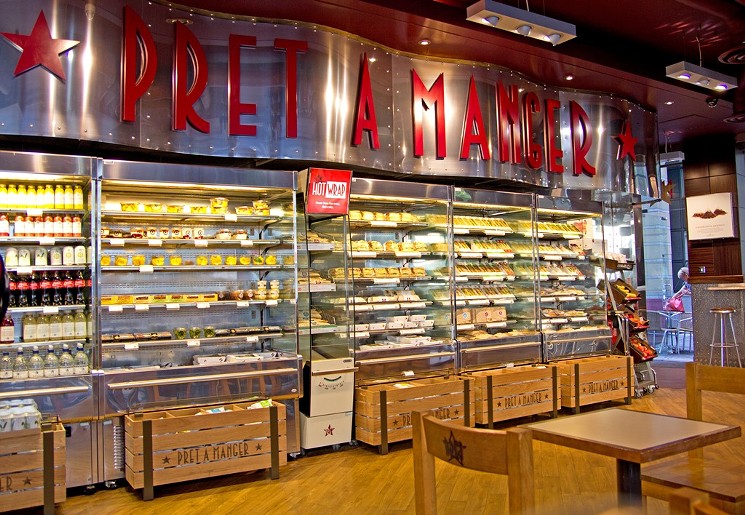 Pret a Manger
Transport Pixels / Flickr
4. Pret a Manger. We’ve all had those busy days when, famished after working for hours on end, we wander dejectedly into the cheapest, quickest spot we can find, usually Subway. Shouldn’t we have better options? That’s where Pret a Manger (French for “ready to eat”) comes in, offering gourmet sandwiches, salads, and other items made with natural, healthful ingredients for working people on the go. The British chain has already taken Manhattan, where it's become a hit with the city’s white-collar workers; in Midtown, you can’t walk two blocks without spying one. Brickell might take a similar liking. Bon appétit! 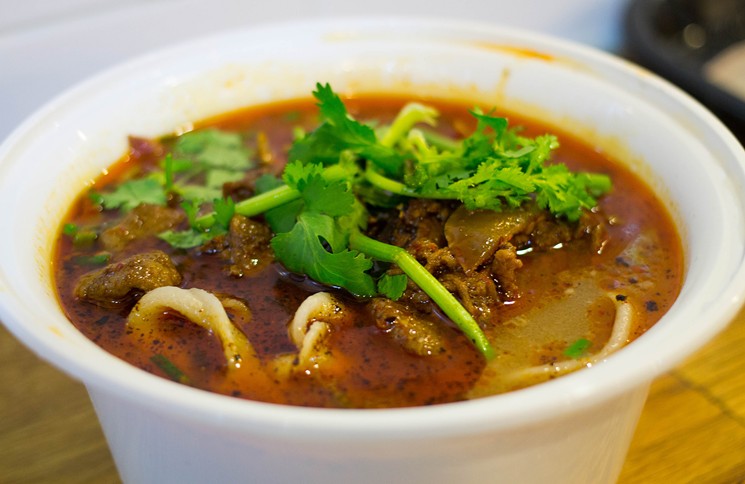 Spicy cumin lamb noodles at Xi'an Famous Foods.
LWYang / Flickr
5. Xi'an Famous Foods. Move over, Panda Express. This inexpensive, fast-casual Chinese chain is one of the most celebrated Asian restaurants in New York, a down-to-earth oasis in a city that prides itself on food excellence. One won’t find any General Tso’s chicken or fortune cookies at Xi’an, because it specializes in the hearty, spicy cuisine of Shaanxi province. Lamb is the dominant meat on the menu, cumin is the favored spice, and all of the dishes are served with thick, sheet-like noodles with or without spicy soup. It’s pure comfort food, albeit with quite a bit of heat. Vegetarian options such as spinach dumplings are also available. A set meal at Nando's.
David Woo / Flickr
6. Nando's. Nando’s is a South Africa-based chicken chain that’s become an inexplicably beloved cultural common denominator in Great Britain. Everyone goes there and gets some sort of ironic pleasure out of calling it “cheeky,” to the chagrin of confused Americans. Frankly, we just want to see what the fuss is about.