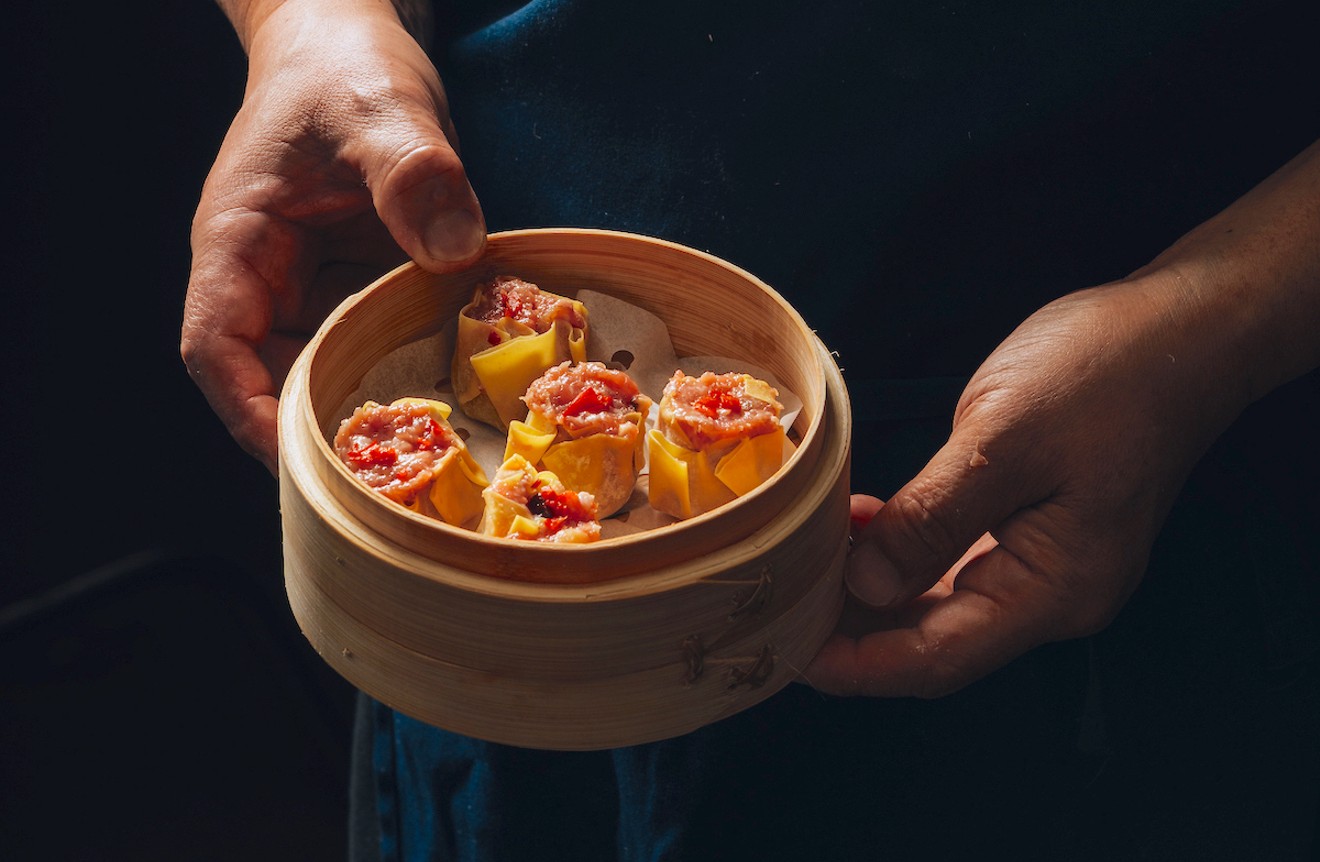 Tanka is the newest establishment from South Florida chef and restaurateur Taek "Taka" Lee. Tanka photo
If you’re longing for a modern Chinese restaurant that has neither the inconsistency of takeout nor the extravagance of Hakkasan, a new restaurant coming to the Doubletree Grand hotel in Edgewater plans to strike the balance between authentic, affordable, and fun.

When South Florida chef Taek "Taka" Lee set his sights on a Miami location, he wasn't intending to focus solely on Chinese cuisine.

It wasn't until Lee brought on executive chef Davide D’Agostino — who formerly led the culinary team at Etaru in Hallandale and Miami's Zuma, as well as Roka and Buddha-Bar in London, England — that he took inspiration from D'Agostino's expertise in Chinese fusion.

Lee, who began his career in Seoul, Korea, is best known for his take on Japanese fusion. In 1998, the chef left Korea for Japan, intent on honing his skills. Several years later, he relocated to the U.S., cooking in cities like Philadelphia and New York before coming to Miami, where he helmed the kitchens at Zuma and Michael Schulson’s now-shuttered Monkitail.

When Lee opened his Korean-Japanese restaurant, Takato, at the Conrad Fort Lauderdale in 2020, it became well-known for offering the two Asian cuisines he's most familiar with.

With Tanka, however, the idea is to marry the chefs' respective strengths for a more inspired menu. Over the past several weeks, Lee and D'Agostino spent countless hours developing the fusion menu, using their combined experiences to present familiar Chinese dishes given their own signature touch.

D'Agostino tells New Times his goal is to offer an approachable menu with recognizable dishes.

"Not your typical American-Chinese menu, and not the high-level style of dishes you'd see at upscale Chinese restaurants, but somewhere in between," says D'Agostino. "We want people to look at the menu and find food they can recognize, but prepared with a contemporary approach."

Tanka's intimate setting will offer diners a new gastronomic experience, one that aims to capture that same izakaya-fueled energy of a Japanese gastropub paired with new twists on Cantonese, Shanghai, and Szechuan-style Chinese fusion.

Everything about Tanka, from the open-concept dining room and 30-person lounge to our menu, has been carefully curated to create a unique social dining experience, adds Lee.

Set in the historic Grand Condominium complex, Tanka will open its doors on January 25, just in time to recognize the Chinese New Year with dishes that range from fried rice and dim sum to seafood dishes and riffs on handheld items.

Diners can celebrate with D'Agostino's favorite dishes, ones that he says marry various cooking techniques and new flavors to enhance the depth of each dish.

Take the duck and watermelon salad, where citrus and spice offset the sweet notes from the watermelon and hoisin dressing while cool, crisp vegetables pair perfectly with warm slivers of tender confit duck leg.

Moving on, delicate spring rolls are stuffed with blue crab. Fried rice begins with a day-long preparation process that dries the rice enough to crisp and hold the flavors of a hot wok and is topped with marinated and braised short rib or flavored with savory garlic miso butter. And although the salt-and-pepper calamari is prepared in a traditional manner, it surprises with a sambal-spiced dipping sauce.

For more traditional Chinese fare, the kitchen will churn out half and whole Peking duck with a tableside presentation. There is also an entree-sized plate of barbecue-slathered spare ribs, while a dedicated dim sum chef hand forms Wagyu-stuffed dumplings, siu mai, and spicy wontons filled with minced mushroom, pork, and shrimp.

It wouldn't be an izakaya, of course, without a stop at the 30-person lounge, where guests can sip on retro-style drinks given an Asian twist. They include the "Kung Pao Paloma" sweetened with Szechuan honey,  the "Panda Colada" crafted with Chinese five spice, and the "Hong Kong Sangria" accented with lychee and sweet vermouth.

Tanka. 1717 N. Bayshore Dr., Miami; 305-374-8888; tankamiami.com. Opens January 25. Daily 11:30 a.m. to 10 p.m.
KEEP MIAMI NEW TIMES FREE... Since we started Miami New Times, it has been defined as the free, independent voice of Miami, and we'd like to keep it that way. With local media under siege, it's more important than ever for us to rally support behind funding our local journalism. You can help by participating in our "I Support" program, allowing us to keep offering readers access to our incisive coverage of local news, food and culture with no paywalls.
Make a one-time donation today for as little as $1.