Le Jardinier Is a Garden Wonder in the Design District 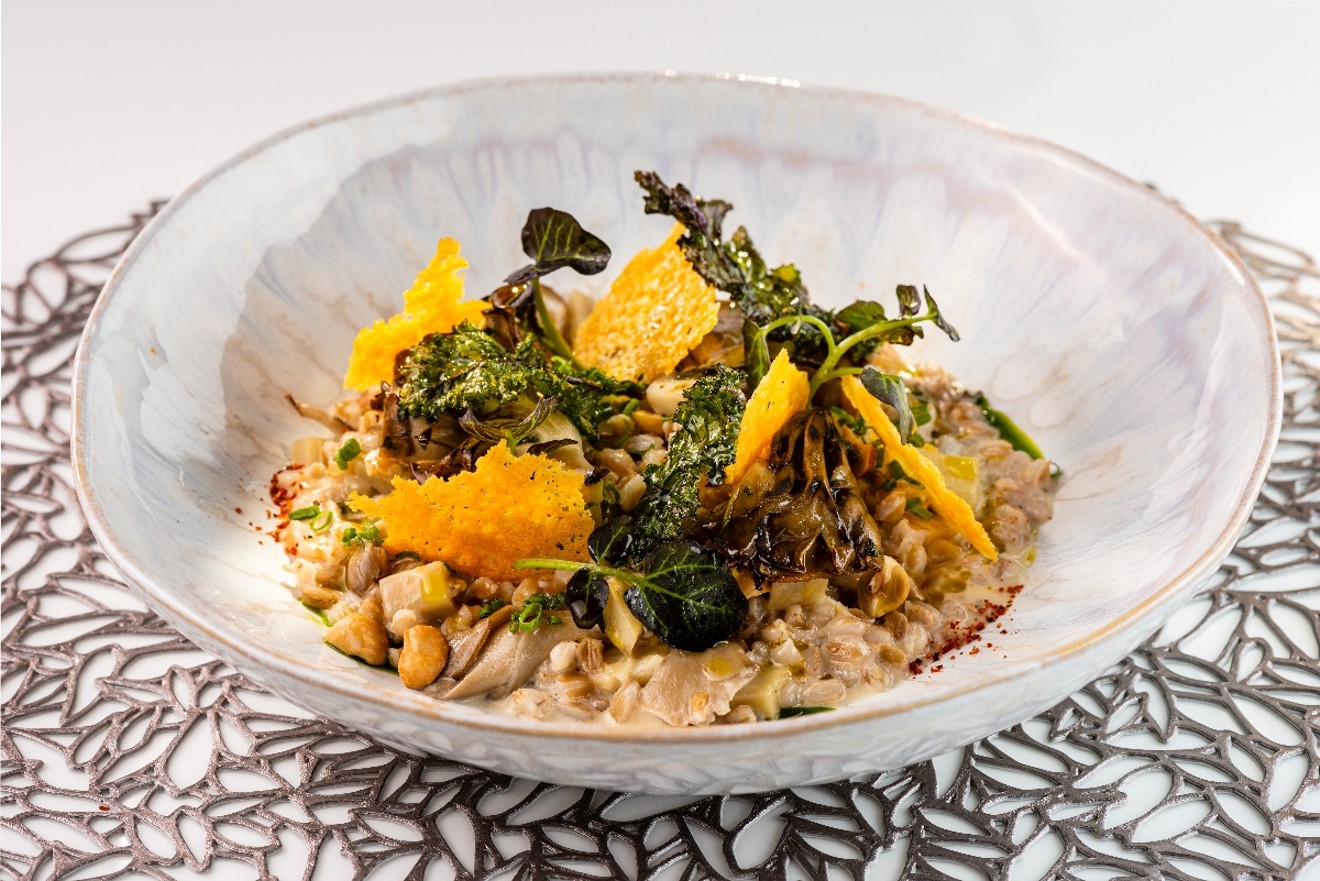 Farro risotto ($22) at Le Jardinier Photo by Ricardo Meija
It isn't vegetarian or vegan, and it isn't raw cooking.

At Rose's Luxury in Washington, D.C., a carrot replaces brisket and is given the Jewish deli pastrami treatment. At Manfred's in Copenhagen, Denmark, the vegetables from the Farm of Ideas — established by chef Christian F. Puglisi of the Michelin-starred Restaurant Relæ — are the focus, each one amplified with carnivorous touches such as cod cream, lardo, or flecks of duck confit.

Le Jardinier in Miami's Design District takes a similar approach. The restaurant, which opened in the summer of 2019 and closed in March, reopened for dining on October 7. This is the southern outpost of Alain Verzeroli's first solo restaurant, which made its debut in May 2019 in a luxury space in midtown Manhattan and has already earned a Michelin star.

For 21 years, Verzeroli worked alongside Joël Robuchon, helping the great French chef develop menus and maintain a small galaxy of Michelin stars. Now on his own after Robuchon's 2018 passing, Verzeroli runs his restaurant in partnership with the same company that operates the Design District's elegant L'Atelier de Joël Robuchon (located upstairs and accessible via a spiral staircase). Though the two restaurants share the same pedigree — and even a bakery — Le Jardinier is a much more casual affair, allowing diners the option to stop in for a few small plates and a cocktail or enjoy a full dinner without L'Atelier's pomp. The restaurant also offers a daily happy hour from 3 to 6 p.m. and a to-go menu.

Le Jardinier in the Design District is run by a team overseen by chef de cuisine Seth Blumenthal, who spent years as Brad Kilgore's top lieutenant and played no small hand in the success of Alter in Wynwood.

Blumenthal designed Le Jardinier's menu to change with the seasons. On a recent visit, squash and root vegetables were used in abundance. A farro risotto was garnished with a parsnip and mushroom ragout and topped with hazelnuts and herbs ($22); and gnocchi was prepared with red kuri squash and tossed in brown butter and sage ($24).

It's that kind of depth and complexity, combined with the precision of Verzeroli-executed-by-Blumenthal that gives Le Jardinier so much potential and promise. Perhaps Miami diners aren't ready for plated vegetable entrées at fine-dining prices, but if any kitchen could persuade them, this is the one. 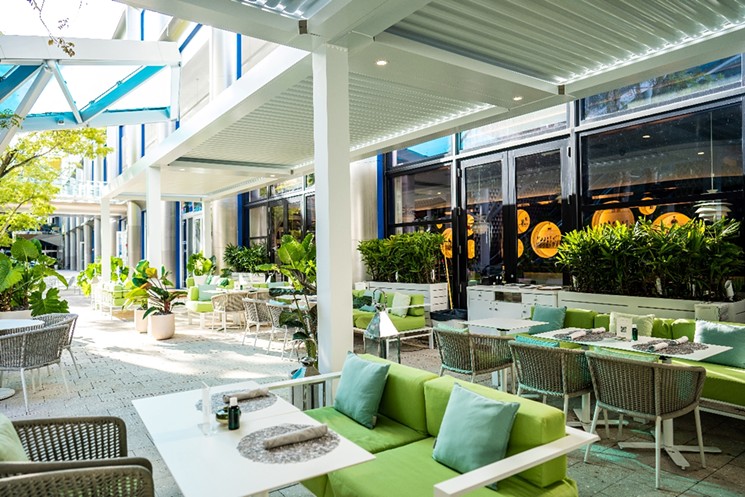 Though the indoor dining room is decked out in a stunning midcentury design, under the current circumstances most diners feel more comfortable outdoors. Before reopening a few weeks back, Verzeroli made significant changes to the restaurant, installing an outdoor patio and pergola.

"During COVID-19, many people are opting for takeout and quick service restaurants with minimal contact points," Verzeroli explains. "We want to make people feel comfortable eating out. We want them to know that fine dining is totally acceptable and not dead. I believe now, more than ever, people are looking for extra loving care."

Adds Blumenthal: "Everyone in the building is very conscious about safety, at the same time offering people the opportunity to be able to sit down at a restaurant again."

Verzeroli says Dacra, the development company behind the Design District, has supported the restaurant in its efforts to make upgrades necessary to lure back diners.

"Dacra helped us open these doors. You walk around and you see a beautiful patio and it's very inviting," he says. "Dacra really is doing all it can to make the Design District lively and welcoming."

And when people are ready to venture out, Blumenthal wants to elevate their experience.

"Our places are very elegant and beautiful and they set the tone of what we want to do here. At the same time, the atmosphere has to be comfortable," Blumenthal says. "People rely on us to keep them safe in these crazy times. Our standards are high. It's our job to offer them an experience that will be memorable."

Additional reporting by Zachary Fagenson.
KEEP MIAMI NEW TIMES FREE... Since we started Miami New Times, it has been defined as the free, independent voice of Miami, and we'd like to keep it that way. With local media under siege, it's more important than ever for us to rally support behind funding our local journalism. You can help by participating in our "I Support" program, allowing us to keep offering readers access to our incisive coverage of local news, food and culture with no paywalls.
Make a one-time donation today for as little as $1.