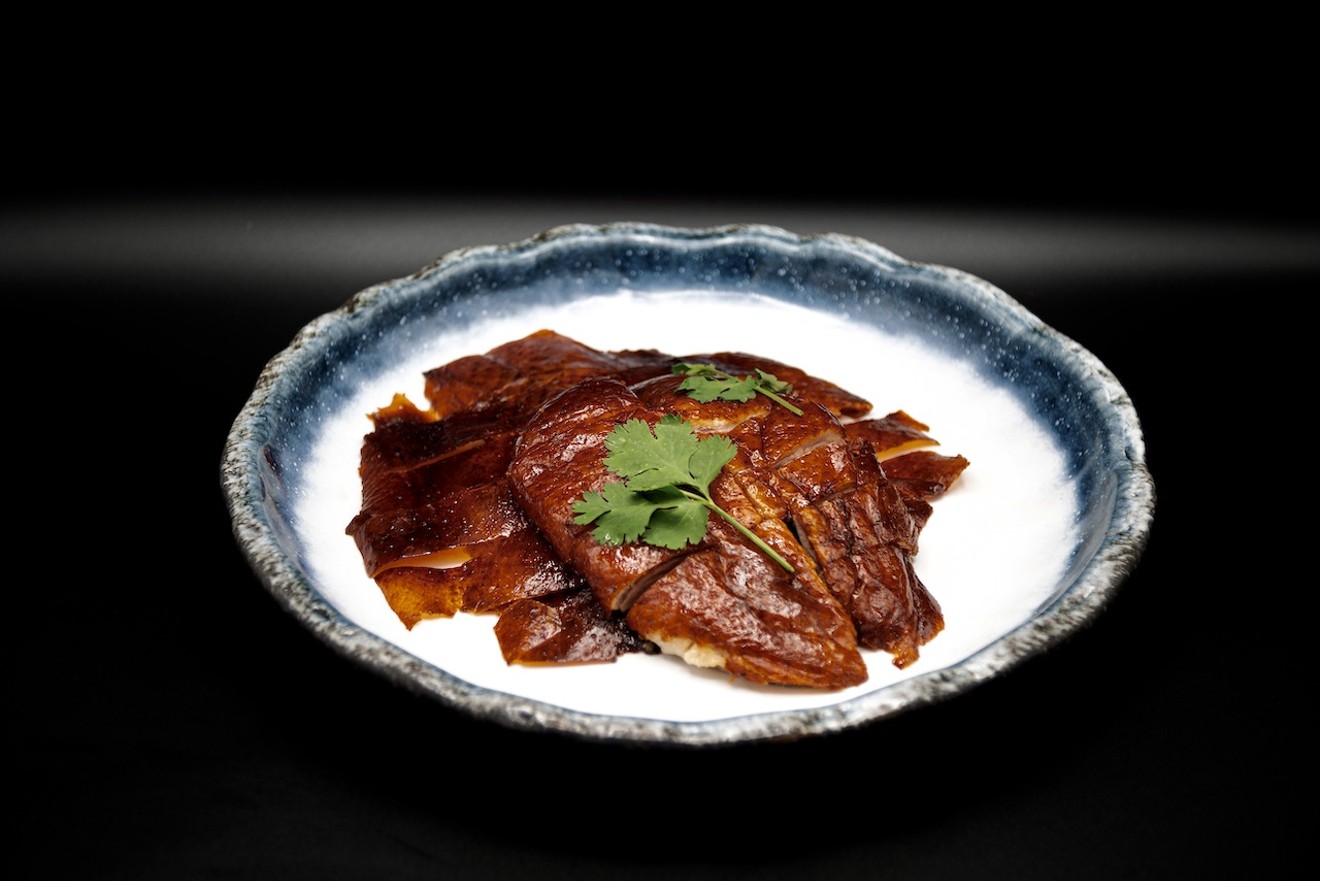 The menu is inspired by some of Novikov's most popular Asian-fusion items, offered at lower price points.

"During the COVID-19 pandemic, like so many others, we quickly realized there was a need for premium-quality Chinese food, which we were able to fulfill with our Novikov Miami curbside to-go initiative," Moullet tells New Times. "We offered many of the items people were craving, although most could not make themselves at home — namely the dumplings and the roasted duck. So we decided to spin off a concept with BoyChoy that could address these dishes, and some new ones as well."

The virtual restaurant shares a kitchen with Novikov on the ground floor of the Met 1 building in downtown Miami. Its operations are overseen by Raymond Kasprzak, who previously worked at 1 Hotel in South Beach and La Mar by Gastón Acurio at the Mandarin Oriental.

Available for pickup and delivery through Uber Eats, BoyChoy's menu includes five-piece dumpling plates — stuffed with scallop and shrimp, pork and kimchi, and Novikov's signature duck and foie gras ($10 to $14) — and bao buns filled with spicy pork ($12 for two), softshell crab ($14 for two), and roasted duck ($12 for two).

Moullet, whose career trajectory includes the expansion of local restaurants La Petite Maison and Zuma, says the goal is for BoyChoy to grow into a full-service model.

"We definitely see a brick-and-mortar spot in our future," he says. "As we are located downtown, we’re seeing a great following among professional millennials who expect high-quality cuisine but may not have time to cook."

In the meantime, looks for a bar-bites menu of BoyChoy items to debut soon at Novikov, offered Monday through Friday from 5 through 8 p.m.

BoyChoy. 300 S. Biscayne Blvd., Miami; 305-489-1000;  boychoy.com. Delivery only.
KEEP MIAMI NEW TIMES FREE... Since we started Miami New Times, it has been defined as the free, independent voice of Miami, and we'd like to keep it that way. With local media under siege, it's more important than ever for us to rally support behind funding our local journalism. You can help by participating in our "I Support" program, allowing us to keep offering readers access to our incisive coverage of local news, food and culture with no paywalls.
Make a one-time donation today for as little as $1.
Juliana Accioly
Contact: Juliana Accioly