End of an Era: Norman Brothers Produce to Close This week, Miami-Dade County commissioners approved a zoning change that would allow an assisted-living facility to replace the business that has been operating at 7621 SW 87th Ave. for more than 50 years. The approval comes after the owners signed a deal with GC3 Development. Norman Brothers Produce will continue to operate until construction on the site begins.

The original plans called for the inclusion of a boutique grocer on the five-acre plot, but it won't be Norman Brothers.

The move to sell the land and close the business comes as a shock to area residents, loyal customers, and local chefs.

For the ownership team at Norman Brothers, which includes general manager Suann Suggs, selling the family-run business was a difficult decision. Although the market was a thriving concern, the ownership team is looking to their future, Suggs tells New Times.

"In all these years, none of us has had a Christmas Eve at home or a Saturday morning with family — we're always here," Suggs says. "It's a lot of work, and there isn't a second generation coming in behind us. As we're getting older, it's the right time to plan for what's ahead."

While most of Miami-Dade has only recently jumped on the farmer's market bandwagon, some residents have been enjoying the real deal for decades. For those in the know, Norman Brothers is the place to go for natural, organic, and hard-to-find foods, and the freshest locally grown produce from South Florida farms.

The business dates back more than a half-century, to two brothers in the Norman family, which owned the adjacent farmland. At first, they operated out of a stand located off SW 87th Avenue.

A rendering of GC3 Development's approved assisted-living facility that will take the place of Norman Brothers Produce.
Photo courtesy of GC3 Development
In 1980, two farmers, David Nelson and Ken Graves, bought the business but kept the name.

As Suggs tells it, Nelson was heavily involved in the day-to-day operations and had ideas for expanding. The first improvement: a milkshake counter. It's the same one that draws crowds to this day for shakes flavored with everything from strawberry, mamey, and mango to peaches and pineapple.

"You could order a chocolate milkshake, but why would you do that when you can have fresh fruit in season?" asks Suggs. 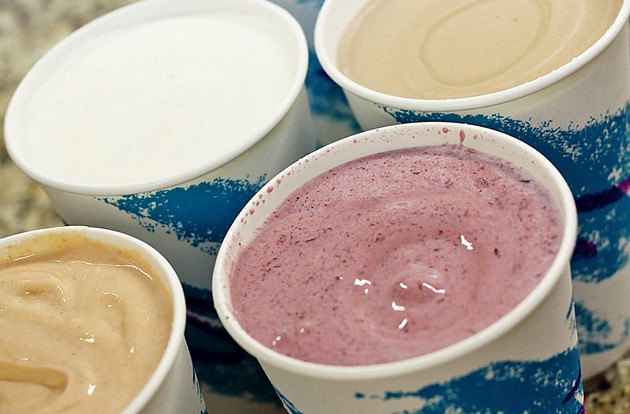 The most recent addition is the griddle, where, on weekday mornings, Norman Brothers cooks up a made-to-order breakfast menu that includes eggs, pancakes, sausage, bacon, and home fries.

The prepared foods proved to be the biggest boon, according to Suggs. In the late 1990s, the market added a kitchen to begin offering ready-made lunches or dishes that could be turned into a quick, easy dinner. Today, the varied menu is one of the best parts of this legendary market. You can have Italian sausage with cavatappi pasta one day, and Cuban roast pork the next.

"It began with cold to-go items, a variety of salads from pasta and vegetable salads to chicken and two types of tuna," says Suggs. "Now, over a dozen items are prepared in-house daily, from the basil Parmesan and turkey pasta and meatloaf to the sweet chili salmon or pork loin."

According to Suggs, to-go food is a large part of what has kept the business thriving.

"I've been here since the beginning, and we've been here long enough to see many of our longtime customers come and go," says the employee of 40 years. "We're lucky enough to have new ones come along. But things have changed. People are cooking less and they buy more of our prepared food. There used to be a time when people's carts were full of fresh vegetables and fruits. Today, it's all prepared meals and to-go food."

The most popular item: cranberry tuna salad. "We sell about 80 to 100 pounds of it a day," Suggs reports. "It's something that just kept growing over the years.

"But we've always been Norman Brothers at heart," she adds. "Dave and Ken were farmers first, and they took pride in their produce and staying local."

A rendering of GC3 Development's approved assisted-living facility that will take the place of Norman Brothers Produce.
Photo courtesy of GC3 Development
Nelson, 81, continues to work the business. Just a few weeks ago, he drove to the farm to pick up strawberries. He waited several hours as they were handpicked before displaying them in the store for sale that afternoon.

In fact, it's not uncommon to see Nelson working alongside his three daughters, who grew up in the market, taking on tasks that eventually grew into full-time positions. Although several of Nelson's children have died, they are survived by Teri Dickinson, Kim Booth, and Kelly Boyle, each of whom continues to work at the store, along with Nelson's granddaughter Jacquie Linton.

And while Norman Brothers is still run by family,  it's no longer just blood. It's more like an extended family of longtime employees who now are also partners. They include Tim Linton, Bobby Hoffman, and Suggs' sister, Jonnie Kinnebrew. Even Suggs' son has a role, helming the kitchen since 2000 while attending culinary school.

The James Beard Award winner tells New Times that when he owned his Coral Gables restaurant, Norman's (not affiliated with Norman Brothers Produce), he lived in Pinecrest. "I had a great route from our house to Norman Brothers," he says.

On Thursdays, his restaurant would offer a vegetarian tasting menu. Each week, Van Aken would arrive at the market at 9:30 a.m. to walk the aisles and plan the menu. Over the years, he became friends with the owners.

"They got a kick out of the fact that I loved the place so much," he says. "It was a rare treasure to find these wonderful fruits and vegetables. This was before many vegetables were flown in and you could just buy things at Publix."

There's no denying that a chapter of Miami's history will close with the closure of Norman's.

"It's a family business, but it's also a labor-intensive business," Suggs says. "We don't want this to be sad, but it's time to plan for what's ahead. And we'd all like to see Dave get a little bit of retirement."

Norman Brothers Produce. 7621 SW 87th Ave., Miami; 305-274-9363; normanbrothers.com.
KEEP MIAMI NEW TIMES FREE... Since we started Miami New Times, it has been defined as the free, independent voice of Miami, and we'd like to keep it that way. With local media under siege, it's more important than ever for us to rally support behind funding our local journalism. You can help by participating in our "I Support" program, allowing us to keep offering readers access to our incisive coverage of local news, food and culture with no paywalls.
Make a one-time donation today for as little as $1.