A Miami Foodie Is Bringing Brooklyn's Smorgasburg to Miami 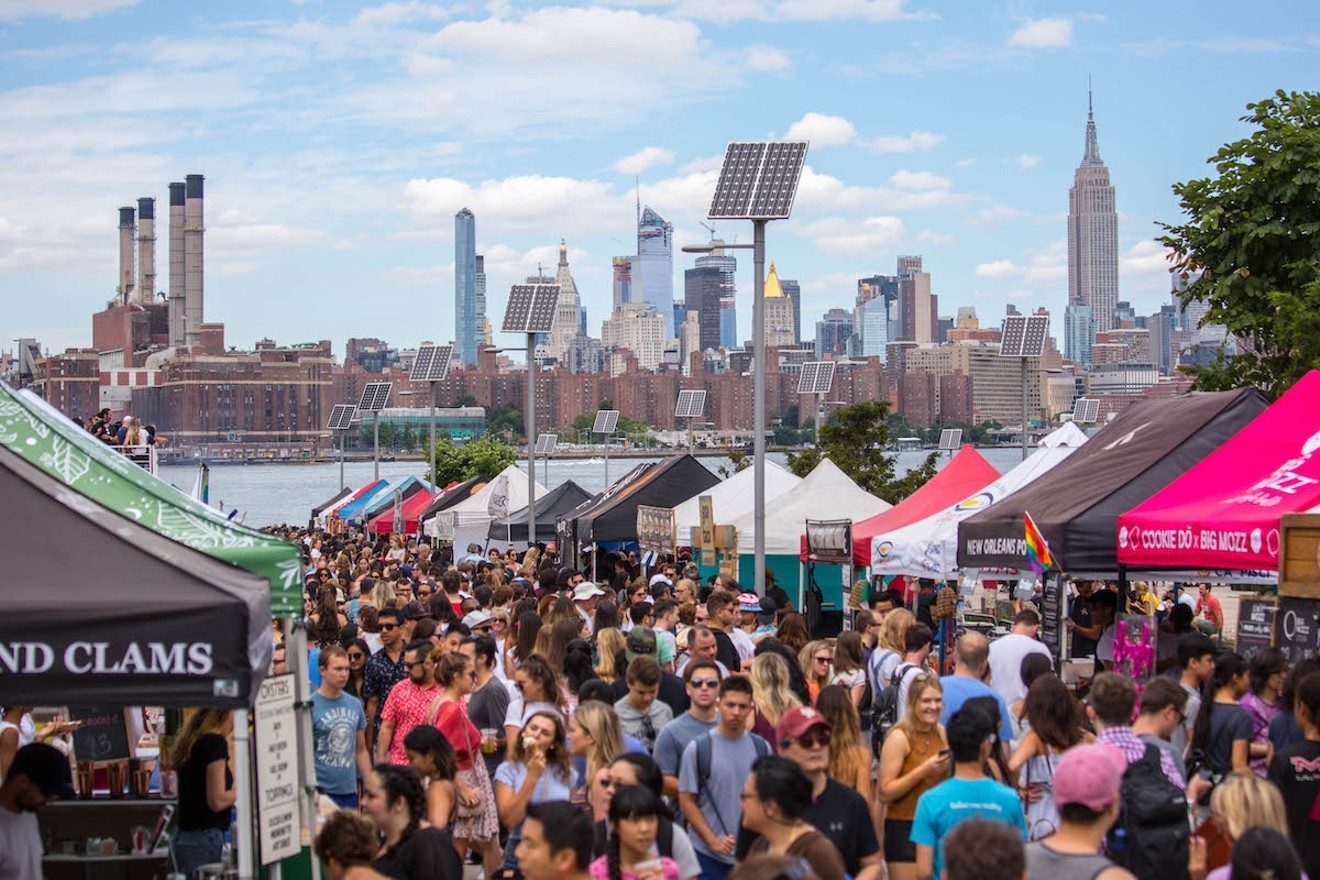 Smorgasburg founders Eric Demby and Jonathan Butler launched the market in 2011 after being offered a waterfront space in Brooklyn. A portmanteau of the Swedish Smörgåsbord (meaning a wide array of foods) and the market’s original location in Williamsburg, Smorgasburg has become a popular destination, consistently drawing upward of 10,000 visitors each weekend.

Among the first Smorgasburg vendors was Gaston Becherano Cohen, a Miami native who used the platform to launch his kakigori-themed pop-up, Bonsai Cafe. Cohen returned to Miami during the pandemic and was surprised by Miami's burgeoning food scene.

"Over the past two years I've been exploring, and I've stumbled upon an amazing underground food scene that offers food comparable to some of the best restaurants in Miami," Cohen tells New Times.

He asked the founders of Smorgasburg if he could bring the market to Miami. With a green light from Demby and Butler, Cohen — now owner of Omotenashi Group, a collection of hospitality-driven enterprises that includes Aventura Gardens Market — hopes to offer Miami chefs the same opportunity afforded to NYC and LA chefs.

He points out that the market serves as an affordable starting point for food vendors wanting to test out their wares on a large audience, without the overhead and risk of a brick-and-mortar restaurant. Known as the place to go for creative, often groundbreaking food and drink, Smorgasburg’s success in Brooklyn led to an LA expansion in 2016, satellite locations in Jersey City and Lower Manhattan, and annual pop-ups in Brazil and Japan, making the market a worldwide phenomenon.

"For up-and-coming chefs, there's no better place to grow a concept than a place like Smorgasburg. With its cult following and the potential to draw a global audience, passionate restaurateurs or chefs working on side concepts have a very real opportunity to grow their business by being a part of Smorgasburg," Cohen says.

Cohen, who spent the past year searching for vendors, encourages Miami chefs to apply for a chance to share their food at Smorgasburg Miami.

"Now is the time for local culinary talent interested in being part of Smorgasburg to submit an application as the market gears up for its March opening," he says. "In New York and Los Angeles, thousands of applications from vendors are submitted every year for just a handful of vacancies."

"I want people to come and see Miami's food scene and everything it has to offer," Cohen says. "There's a certain type of foodie that loves finding those hole-in-the-wall, authentic places, and those are the people that will fall in love with Smorgasburg Miami. For people who like food adventure and exploration, there's no better place to go."

Smorgasburg. 2612 NW Second Ave., Miami; smorgasburgmiami.com. Opening March 2022.
KEEP MIAMI NEW TIMES FREE... Since we started Miami New Times, it has been defined as the free, independent voice of Miami, and we'd like to keep it that way. With local media under siege, it's more important than ever for us to rally support behind funding our local journalism. You can help by participating in our "I Support" program, allowing us to keep offering readers access to our incisive coverage of local news, food and culture with no paywalls.
Make a one-time donation today for as little as $1.